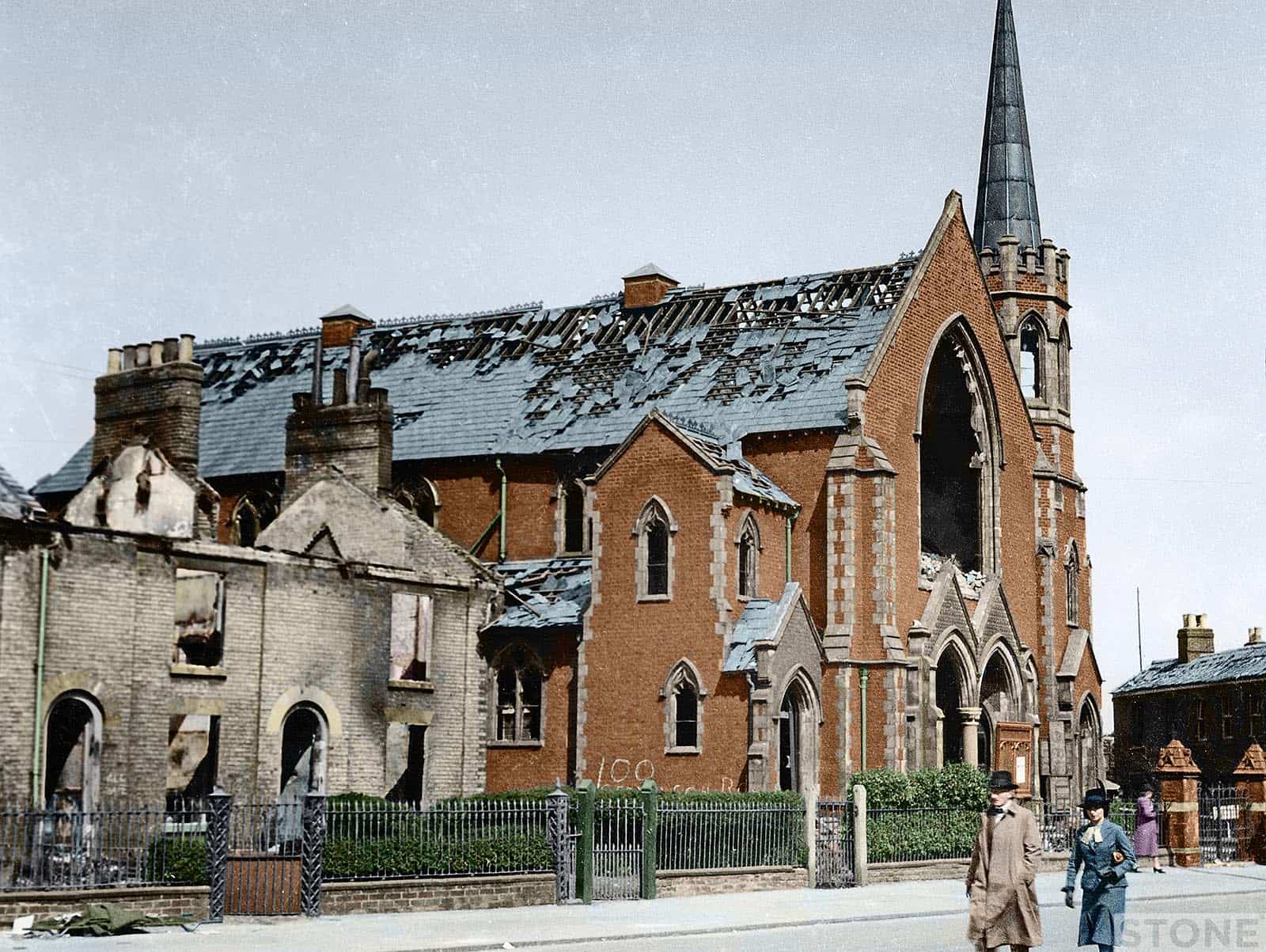 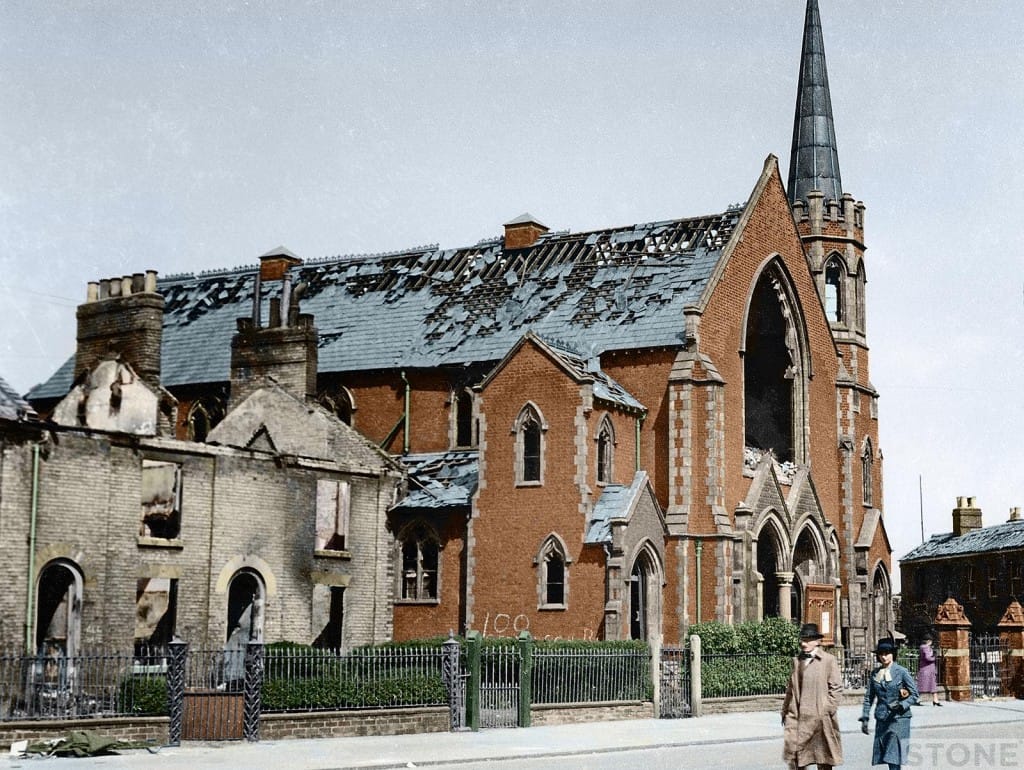 Opened in 1904. Closed temporarily in 1942 during the Baedeker Raids. Sources point at this being a result of the first raid on the Monday night; the 27th of April; this would fit the pattern of most of the bombing being of the north and north-western sectors of the city. I don’t know when the photo was taken; there are clues the roads are clear of rubble so it would appear to be at least a few days afterwards, the post-aftermath phase, and life goes on. One thing I’d not noticed before is the stretcher leaning against the wall beside the houses on just before the turning for Old Palace Road as you head out of the city towards Dereham. I believe you can just make out the spire in one of the photos here silhouetted against the fires.This raid would have seen a radical altering of the perception of how safe the city was, with extensive damage along the length of the whole road from ancient St Benedicts Street to the outskirts with pockets of devastation, some of which can still be both sensed and seen in the physical environment. The church is now the Potters House and is missing the spire. otherwise it remains relatively unchanged. The photo has also been ghosted below. 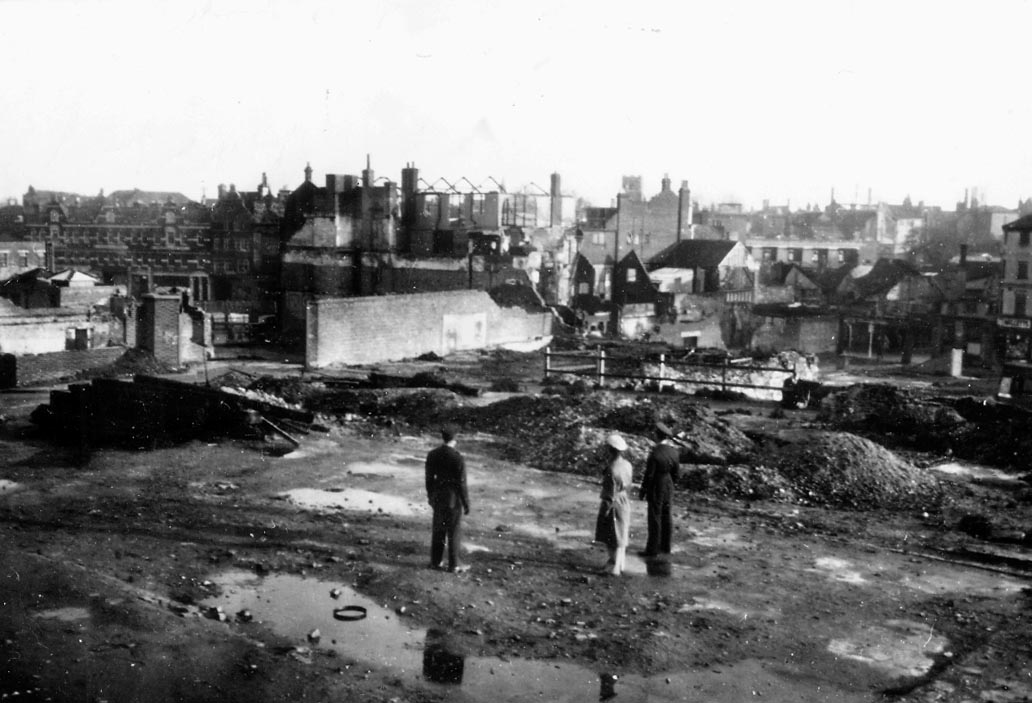 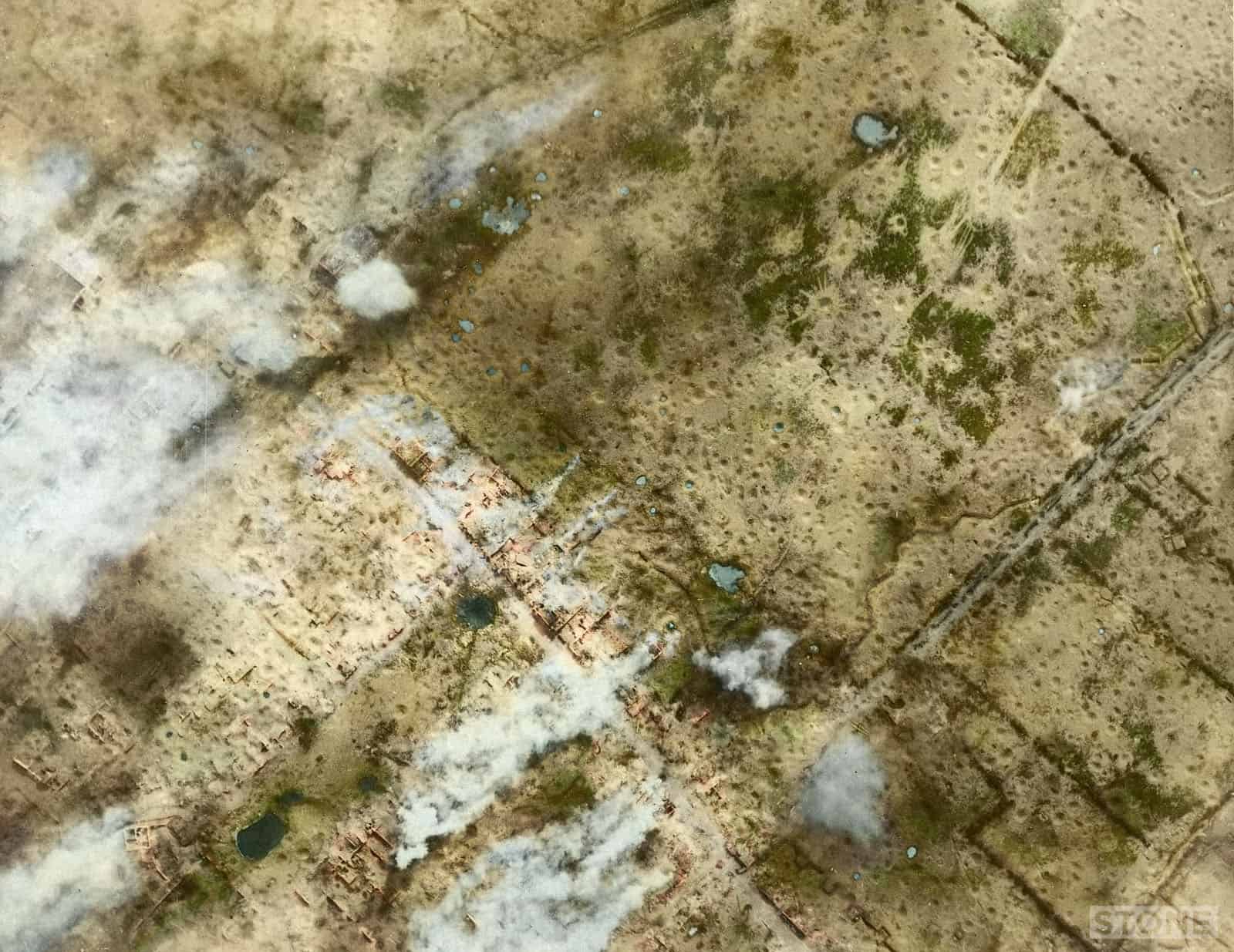