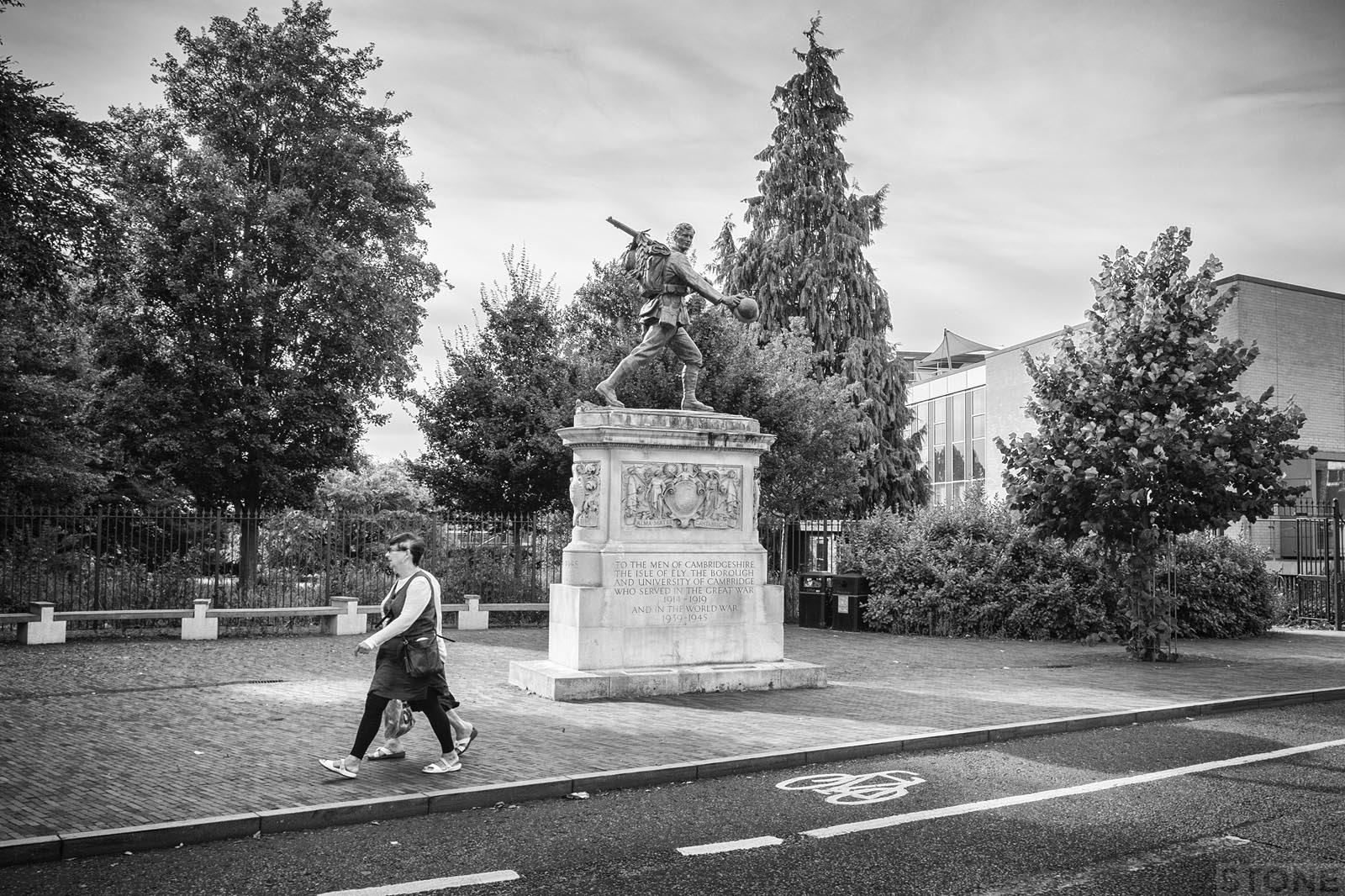 My mum grew up here. Her and therefore my ancestors were here for hundreds of years working as maids and cleaners, labourers, cartmen, and brickies, laying the railways, further back pulling the root veg through the surface of the peaty soils to the north or tending beans and peas in the south. Eight hundred years give or take a few, moving down to the bottom of the fens from Lancashire and Yorkshire for reasons lost somewhere on the way. I’ve followed the fanning lines back in both paper and pixels, watched them leave their names in the landscapes her family came from. They were the Parrs and the Northrops, two families who lived in the rows of streets now lost under the Grafton centre and the concrete car parks which have grown up out of the centre of Cambridge, parts the families lived in the county, in Harston and Grantchester. The ones closer to the trunk of my family spread out towards Hills Road and Cherry Hinton.

We never went to Cambridge when I was a kid. I knew the names of places and had seen the frozen images of them; people I’d never met living in black and white, the now dead parents she still yearned for, the old friends held in silver salts behind hardened gelatine frozen in pose near Trinity Street, wedding receptions at the Dorothy Cafe, cousins who we never saw in back gardens I’d never been to. Years passed while my mum talked about Sunday School, what they ate and the people she knew, Rhoda down the street, friends whose names I’ve lost, the shops and pubs she worked in before she left for nursing.

We never went. I stopped listening.

It wasn’t until the early 1980s that I started to gradually colour Cambridge in. In my mid teens I went on a trip with some friends, we sat on the wall on King’s Parade and looked at the cake-like splendour of Kings College, dawdled down to Petty Curie and then on to the Backs. The names like echoes, a feeling of deja-vu based around the lexicon of place and feeling transferred.

Then in my early twenties I met a tall and beautiful girl from Cambridge. Her mum lived there, she’d grown up in Cambridge, one side of her family treading the same roads down from Lancashire and settling in the same place as mine had 800 years before.

That girl is still my counterweight. We went to visit her mum, she lived near the gasworks by the river in a cold, damp terrace with odd wiring, no heating or bannisters and a bathroom sink I eventually went back to and attached to the wall properly. We stayed for sandwiches then walked into the centre. I started to gradually absorb the town, the colleges, the park-like tracts of Parkers Piece and Jesus Green. We walked the roads and alleys around the Grafton Centre staring into shop windows. I looked at the names of the streets, a chimera; my mum’s stories and the pieces of town I recognise from the blurred sepia and black and white of old photos starting to gradually make sense.

It’s continued ever since, every visit. Neither of us have any close family there now, but go back because it colours in in different bits of each of us. For my wife it’s a childhood here in the town. For me it’s my family history, trying to fill in the fissures of understanding enough to bridge them and step over them on to the next thing. I’ve found churches I recognise from parish registers, which in turn have gone on to surprise me by revealing names on memorials that click back into a puzzle, It has revealed more of a map of a family, The Parr family are the same Parr as David Parr of David Parr House, my grandfather’s cousins. The built environment frames them from St Andrew the less, to the Round Church. Eden Lilly’s where my mother worked in the haberdashery department in the 1930s has gone, the body diced into coffee shops and restaurants, the building’s framework that she knew subdivided and profits maximised. I only really had a proper look at Petty Curie last year, the road layout ghosting what my mum would have known such is the change in the fabric from there up to Hills Road and St John, My grandfather would have delivered coal here, there are walls that have our fingerprints in the mortar.

There are lost streets around the botanical gardens too, places I can’t find except on old maps, names changed along with later builds. The Botanical Gardens themselves are pretty stunning, another new discovery for me, a place my wife is very familiar with, growing up poor in Cambridge it was a place to go that was free. But for some reason we’d never actually bothered to visit it before. It’s also something my mum never mentioned, I suppose for the same reasons of over-familiarisation we all get in our own environments, the never look episodic visits to buy potatoes or get a new toothbrush. I walked through it as if it was an Xbox game, series of blank squares filling in a new landscape. Hot houses and cool houses, deserts and tropics. Cacti you’d not want to bump into in a dark alley, succulents silently holding onto the dreams of water in a room that pricked your forehead, damp cascades of flowers hanging like LSD visions of parrots on threadlike stems. Outside the stasis of the greenhouses the frenzy of late summer, leaves curl and brown, grasses tie themselves into knots. And the pines all indistinguishable, but each one named with a little plaque like a visitor at a trade show. 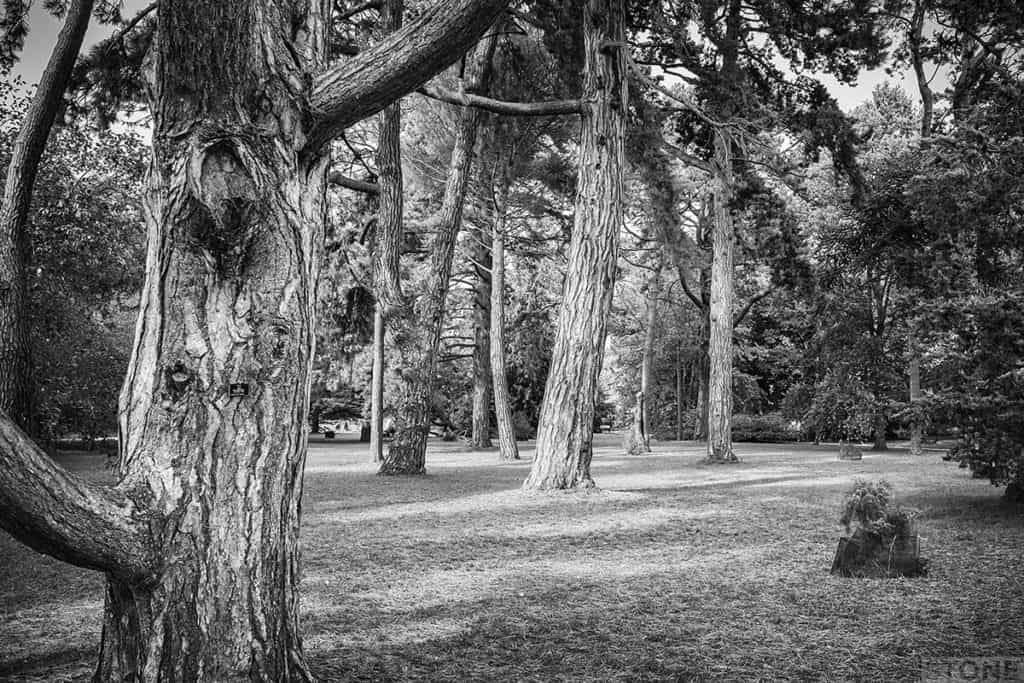 At the far gate on Station Road is the war memorial. Once a traffic island castaway, now repositioned, conveniently for drivers, on the pavement. He is less of a distraction than he may have once been and less of an impediment to the constant flow of cars and buses. I’ve driven past or sat in stationary traffic so many times and glanced and stared at this striding athletic man just outside the gates, so full of vigour. It’s a curious memorial by some standards; a sense of some sort of victory pervades it which is quite often absent in these things, it doesn’t feel so much like many memorials which tend to either commemorate the deaths of loved ones or contain some allussion to a vague glory. His gait is long, deliberately longer by several inches than normal. He looks towards the station, the platforms that would have carried a lot of these men away to training camps and ports, or back to camp on Parker’s Piece or eventually home.

It’s called the homecoming and sometimes Coming Home. He is returning, carrying oak leaves in his hand, SMLE cockily positioned over his shoulder and perhaps most curious of all, a German Stahlheim on his back; The spoils of war along with the laurels of the victor. The former brought home by how many men, handled and passed around, shelved, then cupboarded, now ebayed, lost in collections. 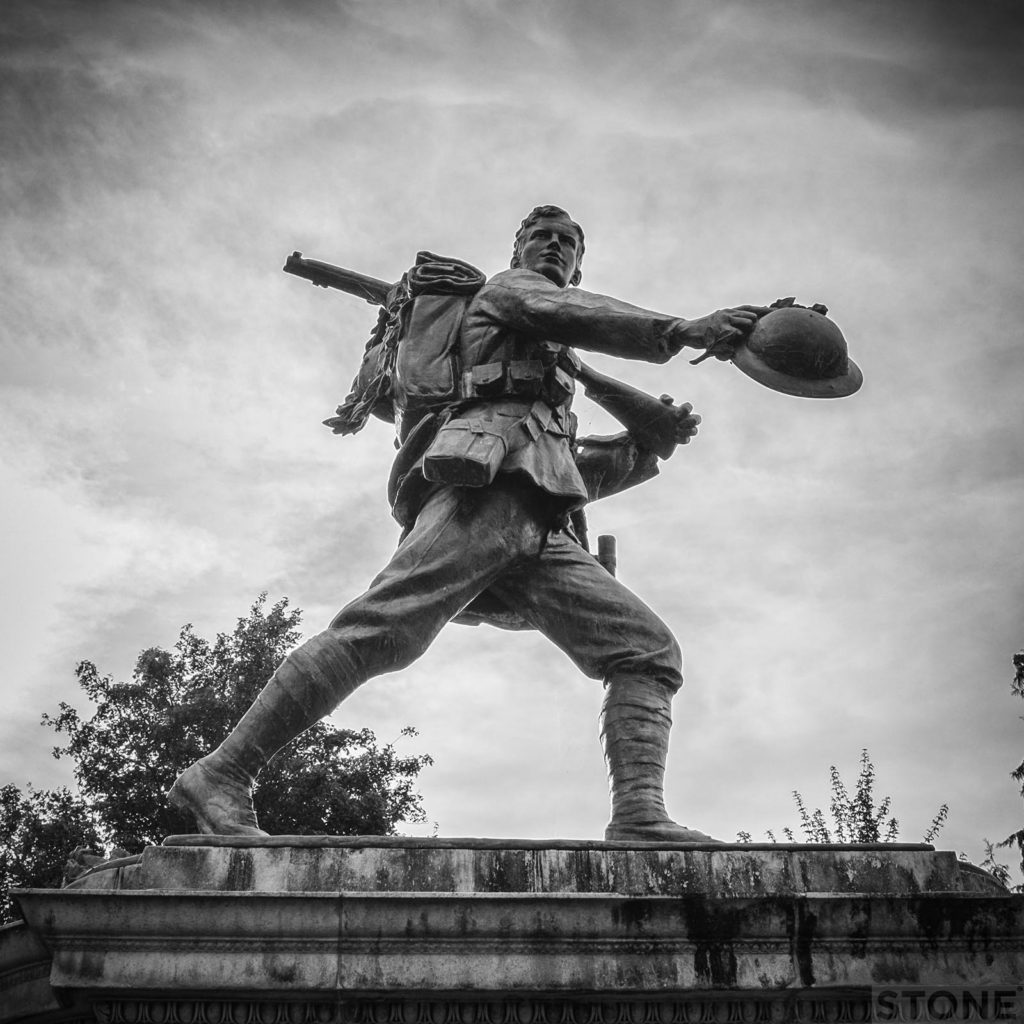 I feel an affinity to this chap in less ways than it perhaps should; I don’t feel he represents the men of Cambridge who went to war. He is not like the men in my family, Percy who didn’t come home, Fred with his ruined lungs, Sid who is lost somewhere near Poelcappelle. And there’s Alf who came back, he married Percy’s widow, my Nanny Ireton, or Nanny Parr (nee Northrop). Alf came back with a Gott Mit Uns belt, a spoil of war, my brother remembers it, Alf wore it daily, it followed the gentle declining spread and sag of his belly over a lifetime. It’s now long since lost somewhere, gone when he died along with his memories which is often the way of these things. The only thing we have of him are his two medals and a handful of photos; teeth out, grinning, eating chips in his shirt, standing half-bent in the garden with his meat rabbits, cap sloppily to one side. The medals are the only thank you, the proof he’d been out there before he got back on the train and returned to a new woman, a new marriage, two step-children, and two sons, his forestry work and digging ditches, his normal life. 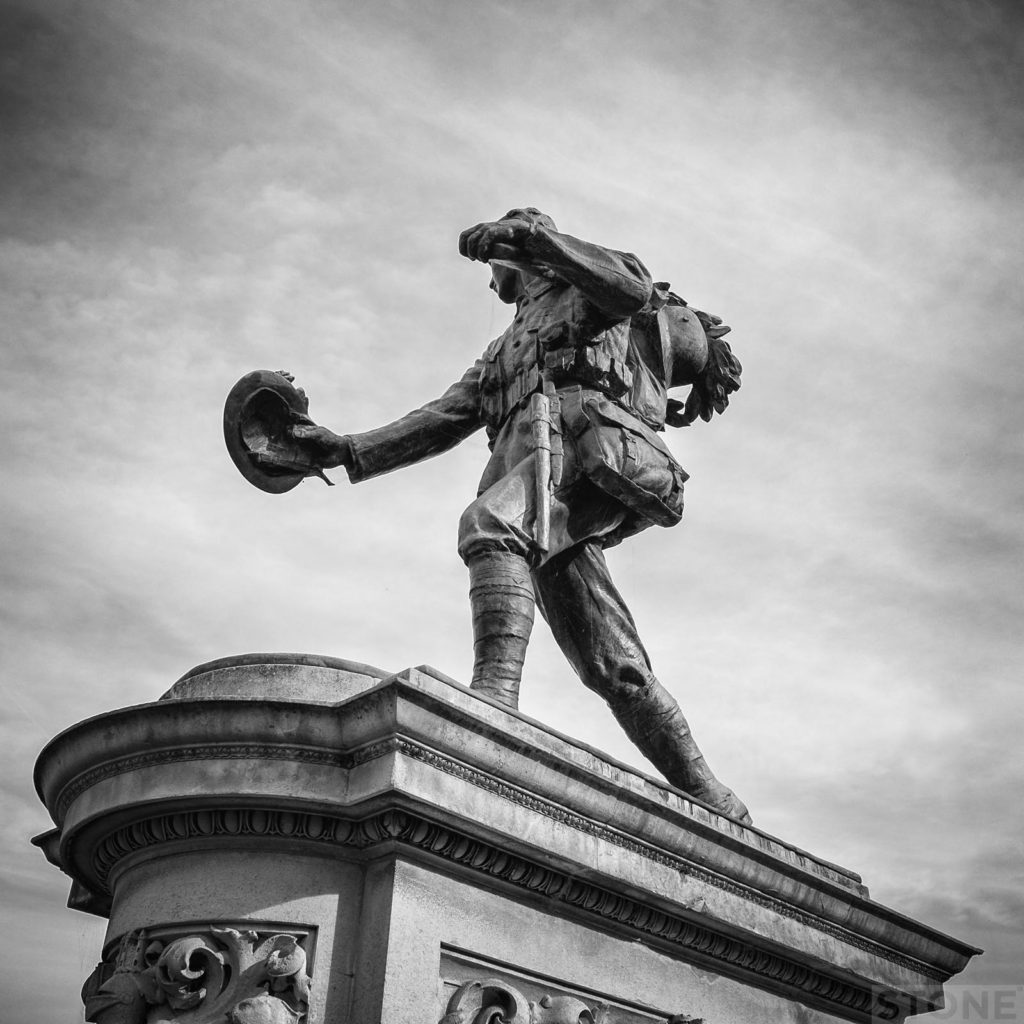 This strapping lad on a plinth doesn’t represent him very well, or indeed a large percentage of the soldiers from the area in its physical nature. It was designed and sculpted by Dr Robert Tait McKenzie, modelled on a young athlete at the university. Arthur Shipley the Vice chancellor at the university suggested Tait McKenzie who was already renowned as a Doctor and gaining ground as a sculptor. He was a man obsessed by physical exercise, sport and the physique, instrumental in developing new ways of looking at Scoliosis, something my mum knew about as she was strapped to a board for months in her early teens. He was an anatomist, an RAMC officer who worked in rehabilitation, physical instruction and in fact wrote a lot of the books on it which the army had based their textbooks on. It is remarkable how many doctors and surgeons sculpt, perhaps it’s the mode of study, the studying itself, the need to do something that removes themselves from their profession into something different, Maybe it’s the years of parting muscle, sinew and bone that develops this fascination and understanding of how the inside and how it fits together make the outside look, reassembling the disassembled.

This boy being modelled on an athletic student that separates it somewhat more from the ordinary lives of the brickies, cartmen and labourers, these are the people who actually matter to me in my thoughts about life here, and the war, our memory and commemoration. He is a giant in a world of the underfed; the cleaners, drivers, railway men and labourers with dirt in their pores. It is rather beautifully rendered in bronze, it has a very likeable lightness of movement. He is pretty fascinating frozen in more or less the same place for close to one hundred years as the world and us walk by. 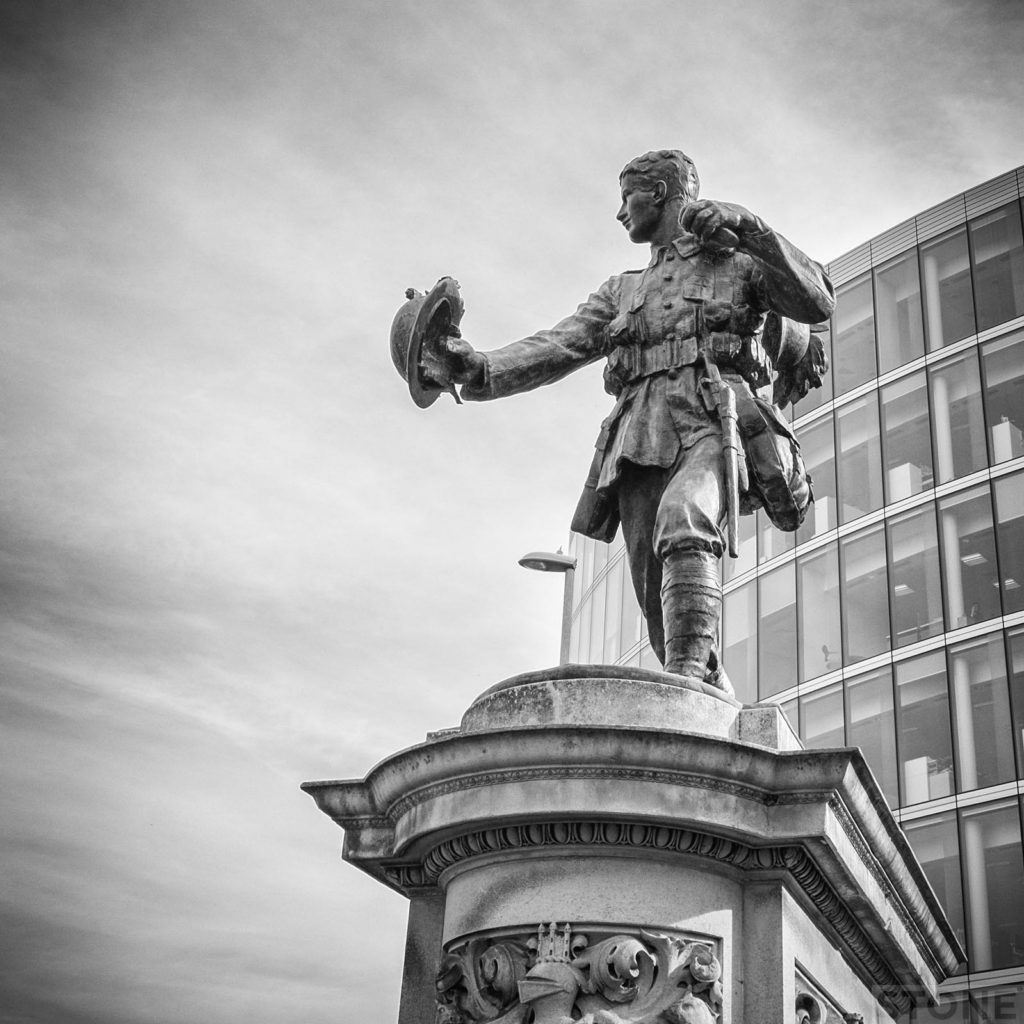 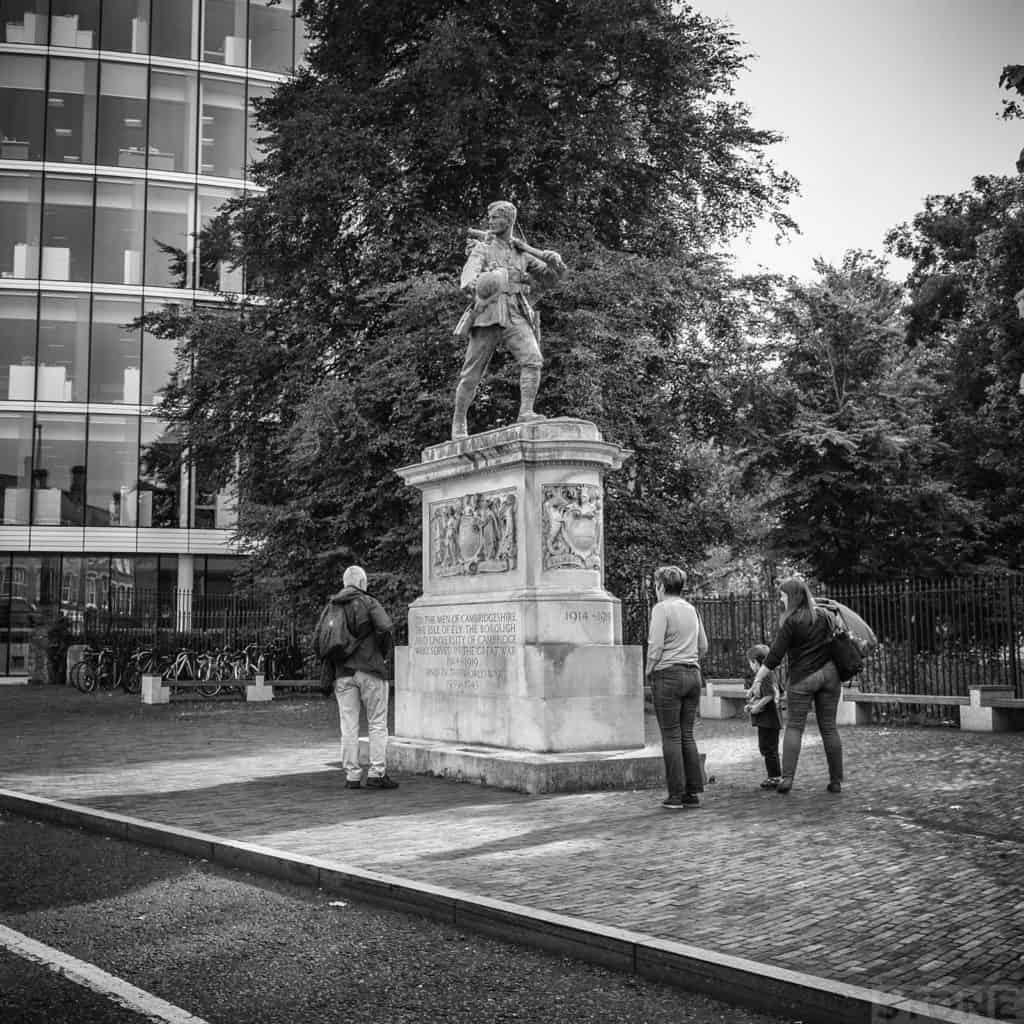 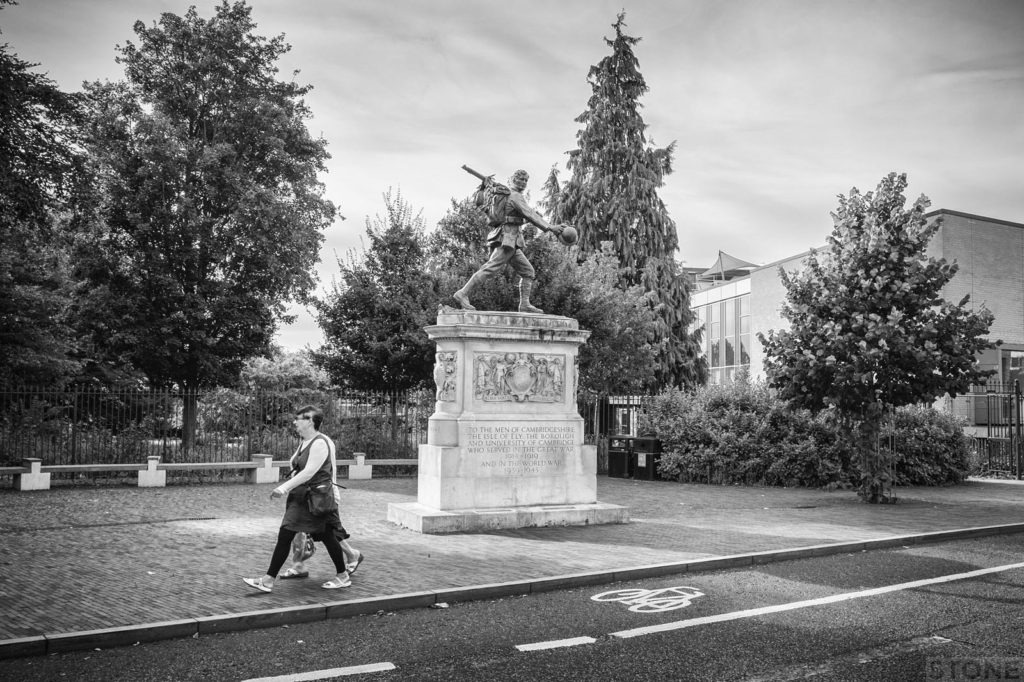 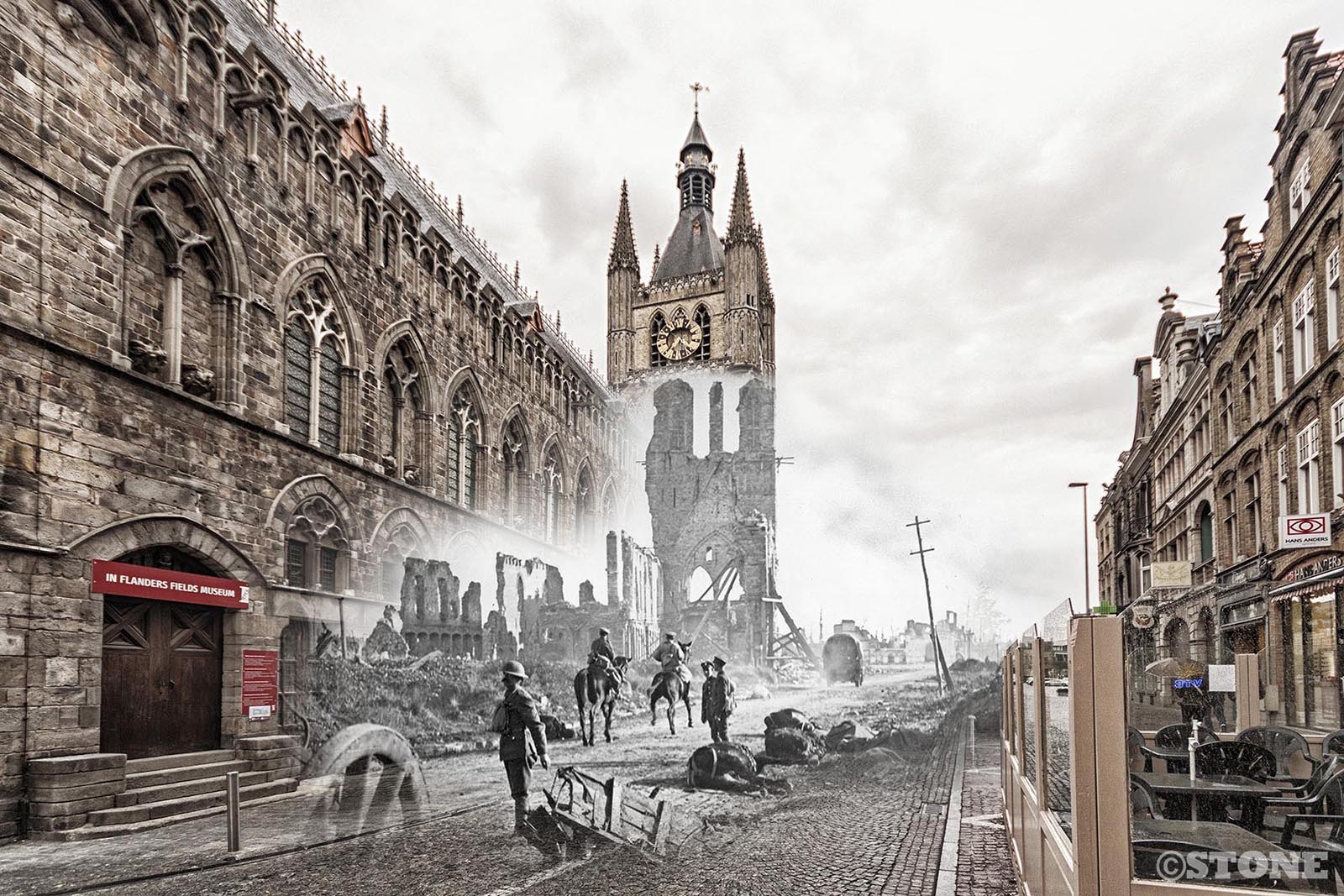 Ghosts: Ypres in the Great War

It’s beginning to and back again