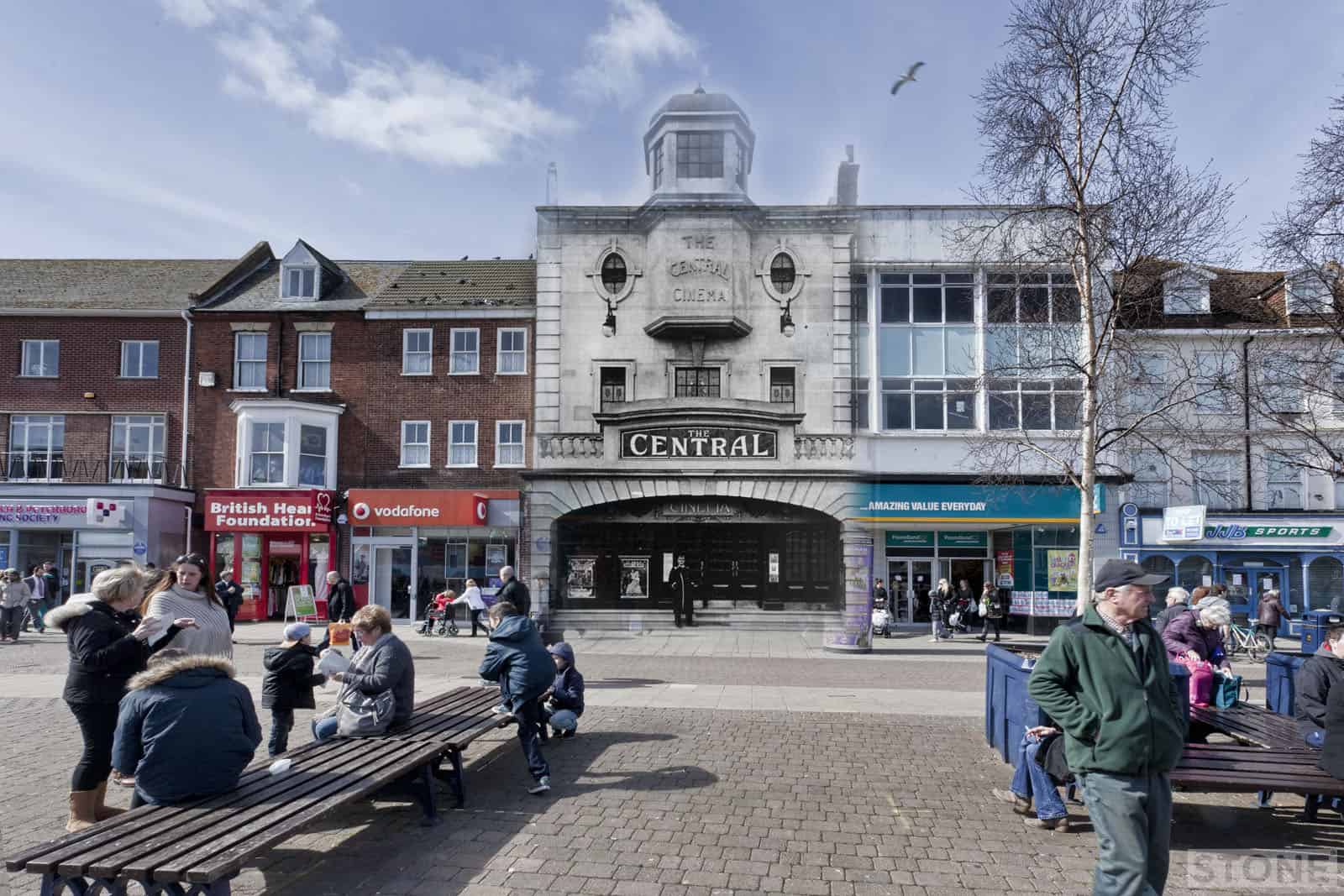 Right up in the middle of Great Yarmouth town centre is this. It stood where Poundland is, opposite the fish and chips and seats and seagulls and the kids and people eating lunch, it’s quite a vibrant little bit of Great Yarmouth, I like it. I like chips too, preferably near the sea they just taste better.

Originally The Bijou Hall it was operating as a cinema in 1909 and demolished in 1914. The Central Cinema was built on the site and opened in 1915, in 1928 it was re-named The Plaza. It had a 25 feet wide proscenium. Last operated by V.E.H. Cinemas It closed just before the beginning of the Second World War becoming a storeroom. When Marks & Spencer’s on King Street was bombed, the shop moved into the old Plaza Cinema building until approximately 1952. The building was sold and demolished to make way for a new Woolworths, after Woolies went bust in 2009 the site was closed again and became as mentioned previously a Poundland store.

Part of the Norfolk at the Pictures project for Cinema Plus at Cinema City. A tour book will shortly be available from Time and Tide to follow the history of Cinema in Great Yarmouth on foot. Go here to find out more about the project. 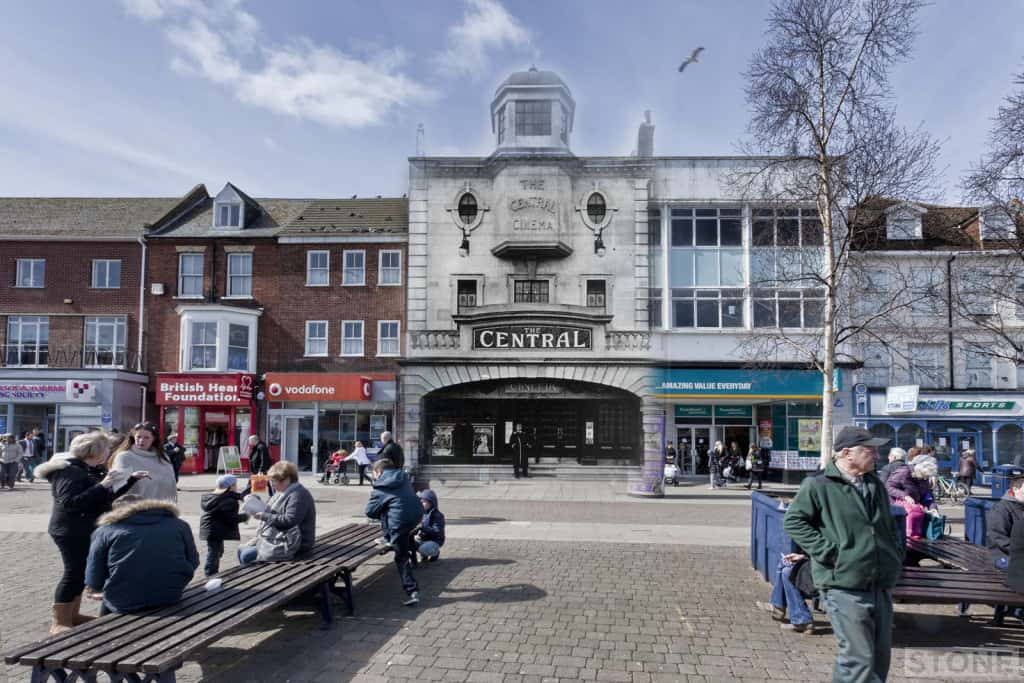 Credit: Original supplied by Norfolk at the Pictures.