Lost in a Landscape: Horsford Woods 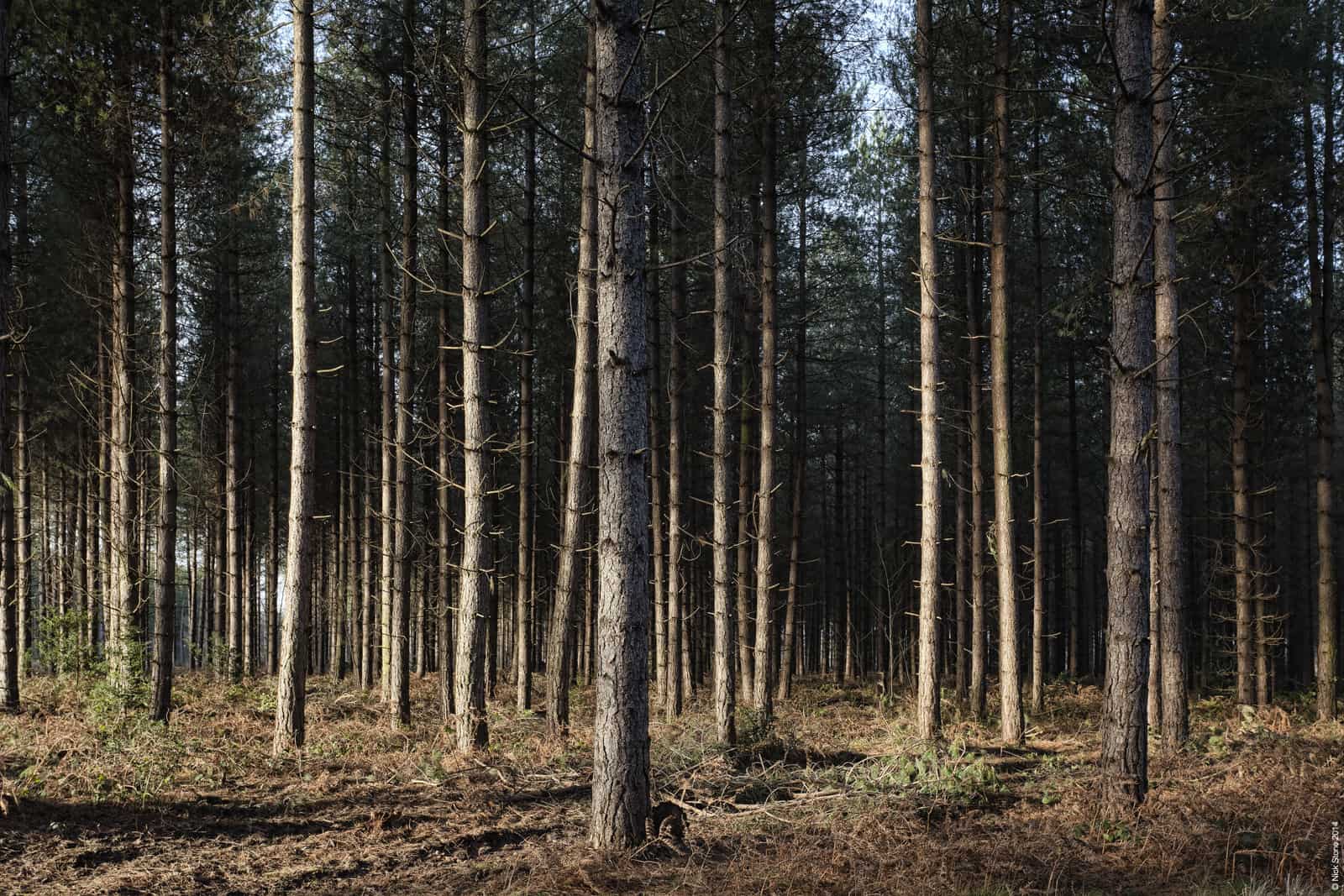 I like to get out, occasionally with a target in mind, sometimes just to wander. This is one of the various places in Norfolk which involves bronze age barrows; ancient cemeteries lost in the landscape, with a nice ancient heath and a possible medieval postmill/barrow conundrum. Salthouse was the intention on this particular trip as it has a nice obvious batch of them, but due in part to the amount of activity after the helicopter crash I’d written it off for a few weeks and quite fancied maybe trying to catch them in snow if we ever get any. So we drove the six miles out of Norwich with the hound and set about having a walk in the pine stands of Horsford Woods. I memorised where everything was from my notes and then proceeded to get lost as I’m rubbish at that sort of thing. 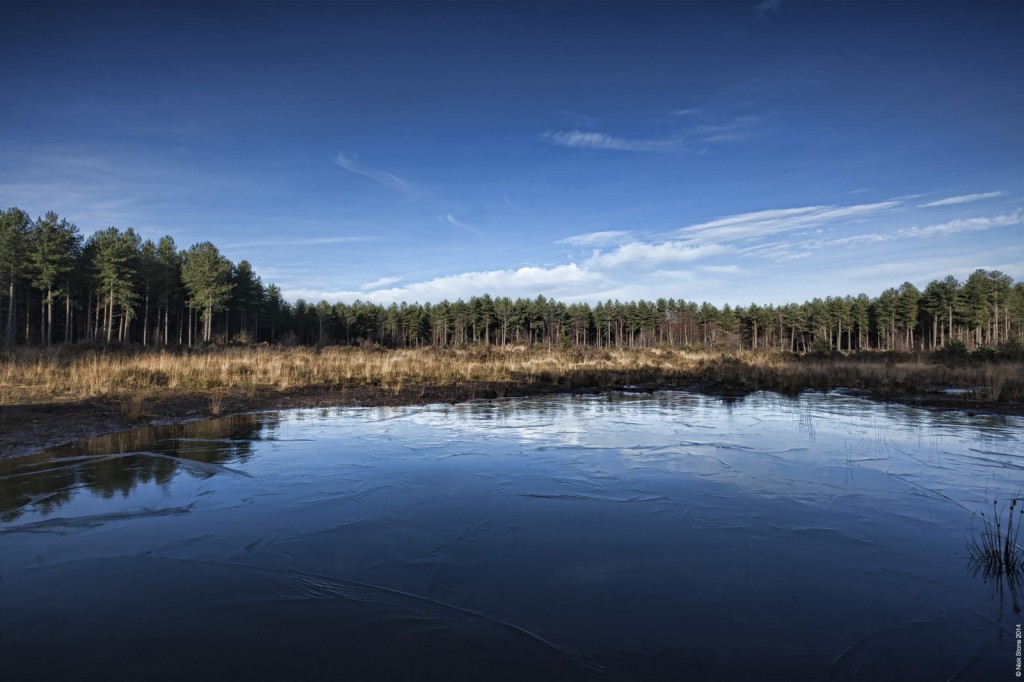 It’s a strange place, managed woodland is generally fairly regimented, it’s sort of comforting and humanised but as a token of that if you spot a bit that isn’t managed in it it’s almost always special, either an SSSi or a rare something or other growing, crawling or sitting on a stick, or perhaps a scheduled ancient monument, which was what we were after. There are several visible, and by visible I don’t mean ‘West Kennett’ visible; Norfolk isn’t famous for barrows due in part to our nice soils which makes ploughing everything very flat very easy, and also because we don’t have any easily accessible bedrock apart from chalk which is a bit rubbish, and we don’t have any outcrops of anything substantial that could have been used in building these things 5,000 years ago, it was wood and dirt, or drag something from a long way away. You can see how we deal with big rocks in Norfolk by the amount of them that have strange stories associated with them because they don’t fit the local geological framework;  ghost stories or a tales of rocks that bleed, make you pregnant etc. These are generally glacial erratics dragged here on the ice sheets from Norway and plopped on the then tundra as the ice retreated. Now they just sit there being enigmatic and largely ignored except by weirdos and people like me. 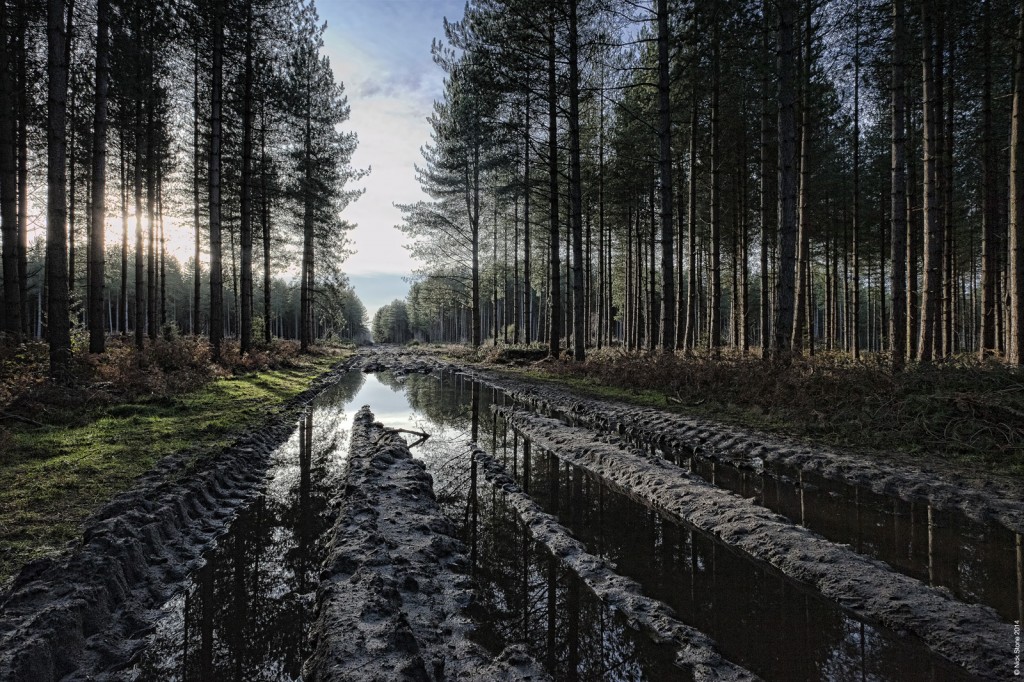 What we were actually looking for are some flat-ish circles with lumps in, there are three in the section of wood off the Holt Road just through Horsford of a grouping of supposedly 10 to 15, The main identified barrows are all quite close to paths, we visited two sites, One was fantastic, although possibly not a barrow, but lumps are properly exciting if you’re me, or a good point to get your mobile out and play solitaire on it, or try and find the dog if you’re not. The first one , which is apparently a confirmed barrow, I just couldn’t seem to take a photo of that doesn’t look like ‘some trees and scrub’, which is what it is basically, very little detail remains probably due to the land use over the years; This area has been heathland and scrub for a years, tithe maps indicate common and heath and has only been farmed woodland for the last century at most owned by the forestry Commission and part of the Norwich Fringe. The plantation will have mean the ground will have taken a kicking at some point, and if nobody knows that a lumpy bit is a barrow in 1930 then it may well have been dugout and flattened in the same way that 2010 Mountain bikers have a habit of using the Barrow in Bacton Wood as a ramp which didn’t impress me much in the words of some song or other I don’t like.

The other Barrow like feature we looked at is a different matter entirely, it’s eminently visible once you know that’s what to look for, basically once you get into the woodland it’s on the right off the main track on the track towards the rifle range, a circle scooped out of the woods, a bit of bracken, heather, gorse and sedges, plus a few tiny birch trees. Closer inspection reveals two shallow ditches and banks and feature in the middle, I’d guess at a diameter of 15 to 20 metres overall. The photo below shows the feature, you can make out the banks in the cut bracken. It is apparently possibly a bowl barrow, although I’ve read conflicting information about it and there is some question over this particular site, as it may be a medieval post-mill, given its position in relation to other barrows in the dispersal cemetery, I’d slightly surprised although there’s enough of a question in my mind looking at the aerial shots to think it might be the case, the marks on the aerial look a bit too perfect, it’s one of those things where it really needs surveying again by someone that has a better idea than me. 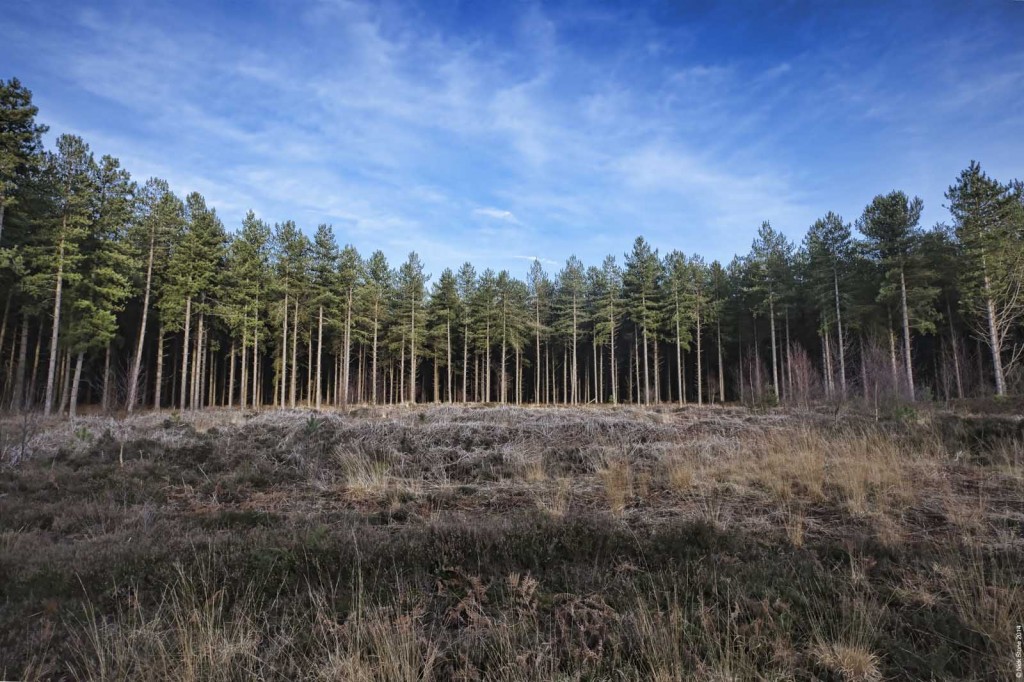 There are several more barrows in this area, one is lost in the wood to the right of the shot, recorded as the rest of this group as Bronze age or late neolithic so about 3,500 years old, it was last recorded coherently in 1936 as far as I can work out and recorded as destroyed in the 1980s which makes me a bit sad. Back up towards the car park there’s another one not far from this feature, but the red flags, signs and what sounded like someone firing a rather large and lethal weapon made us think it might be better to put that one off for another day.

As we walked back past the large area of scrubby heath on the way back to the car park, I couldn’t help looking at another lump which I can’t find recorded elsewhere which looks rather the a long barrow, just to the right in the photo below, it’s difficult to tell as they’re alsorts of berms thrown up and ridges which doubtless reflect modern uses, but they do blur the picture a bit. I’ll be going back minus hound to have a proper traipse as I suspect there’s more to be gained than lost and there’s two sites I just couldn’t check properly with more info on the post mill/barrow. 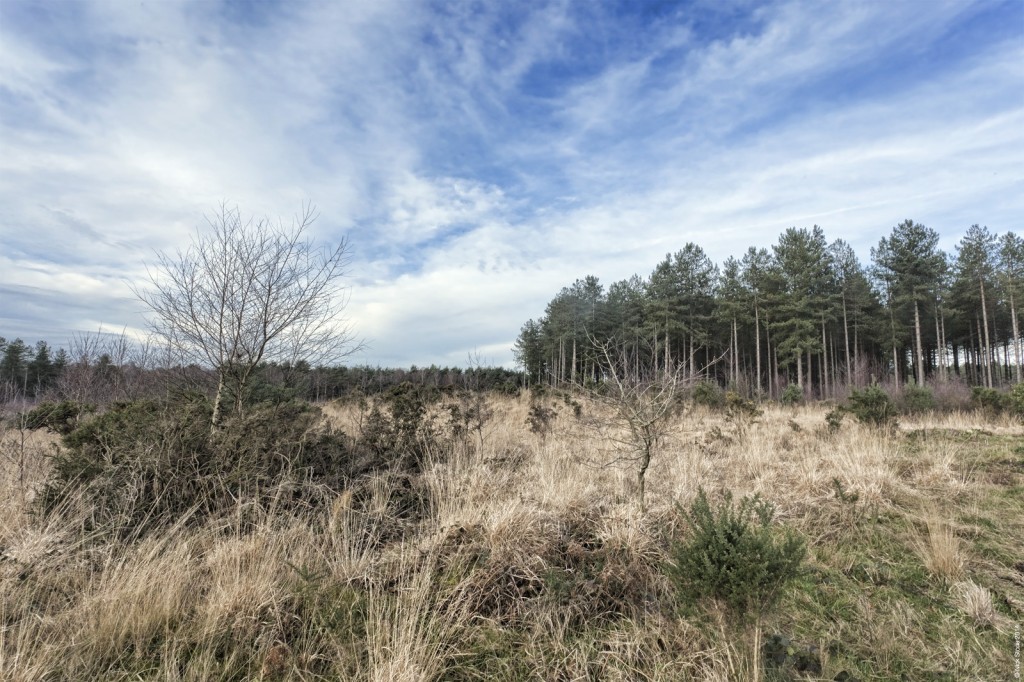