Lost in a landscape: Gunton

Lost in a landscape | 7 comments 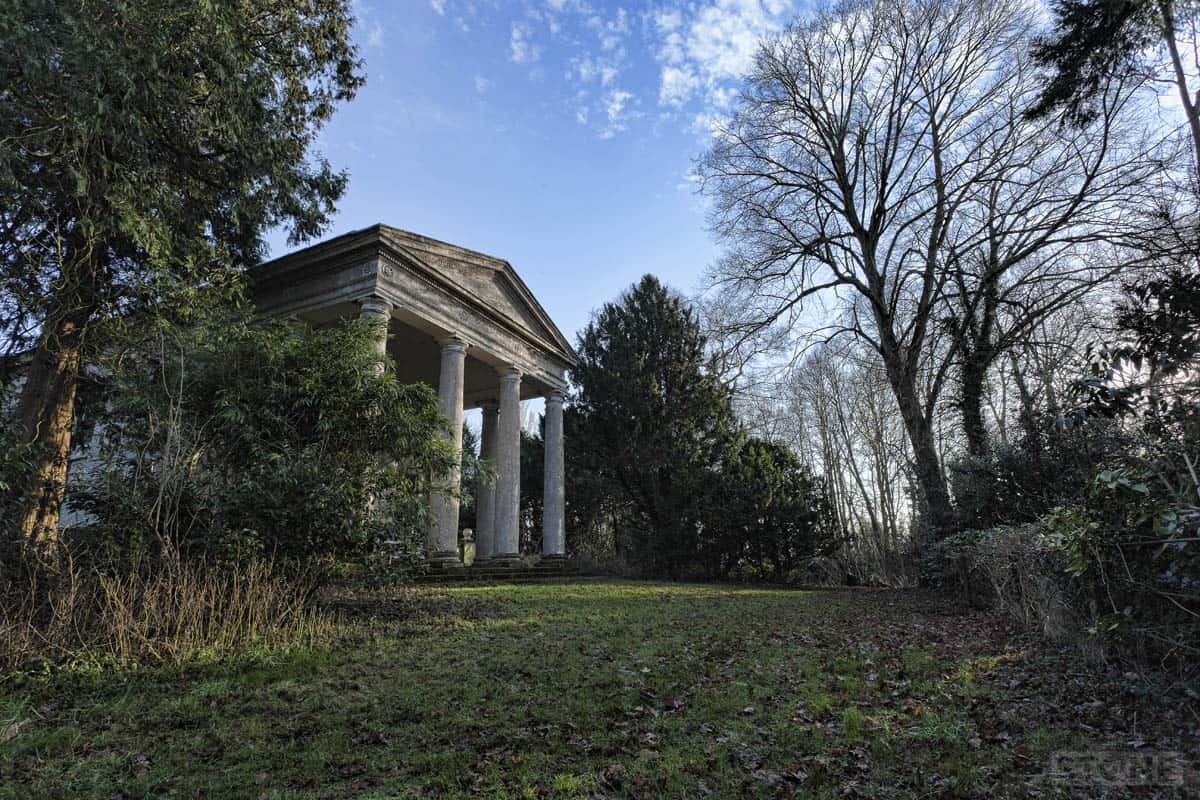 When I was at primary school in the 1970s one of my friends lived in one of a row of cottages in Suffield which backs on to Gunton Park. It backed onto a farmyard full of interlocking hay bales, knackered cars, and a grain store with an egg-timer mountain of grain surrounded by rats nests. We clambered over most of it, got shouted at occasionally by farm hands but that was the limit, nobody died in an avalanche of barley, sucked into the pile despite their fears for us. My friend’s dad Jack always said the cottage and the one next door had originally been one house. It was curiously higgeldy-piggeldy with narrow stairs and sloping floors, it turns out it dated back to the seventeenth century and had been a pub for the Gunton Estate. The clue was square in the middle of the living room floor, a large and slightly frightening cellar hatch that led down into pitch black, the stuff of nightmares.

I realise now all of this was all built to serve the Gunton Estate; workers cottages in a neat little row on a sharp bend at the edge of the Deer Park on one corner of a sprawling estate. I drove past them for the first time in years this week while trying to find my way into the Gunton Park. It is almost impenetrable, every entrance marked private because it is. There is however a public right of way whatever the signs say, for future reference there is nearly always a public right of way if you look hard enough, people do try and hide them, plough them in and generally pretend they aren’t there.

The last time I’d done this was probably in 1974 or maybe 1975. I went with two friends and an older brothers, he was all swagger and John Players, Queen albums and stories of a special hidden carp pond. We cycled up to the main lake with rods tied to our bike frames and minimal gear in bags. I can’t remember much detail and what I have left is almost certainly the composite memory of this and other trips to try and hook the legendary shoals of plate-like bream. As it was a reel ended up in the lake and the older brother went in chest deep in his pants to get it, someone got a hook in their ear. We experimented with smoking stolen Embassy and spent longer pissing about in the derelict saw mill than we did fishing. The mill was in a terrible state, rotten wood and thatch missing, swags of spent reed hanging down into the greened wood and rusted orange of the cogs and gearing. We stuffed maggots down each others shirts and ran about shouting annoying the three or four other proper fishermen dotted along the bank sat in the stillness. My main memory is the view across the lake and fields to the hall, that elusive block glimpsed through the trees, back then a hulk with blank eyes sleepily rotting away in the trees. We never did catch much in the way of fish, but there was something about the place that caught me. It is now a fishing syndicate I think, no day tickets, the water feels the same. 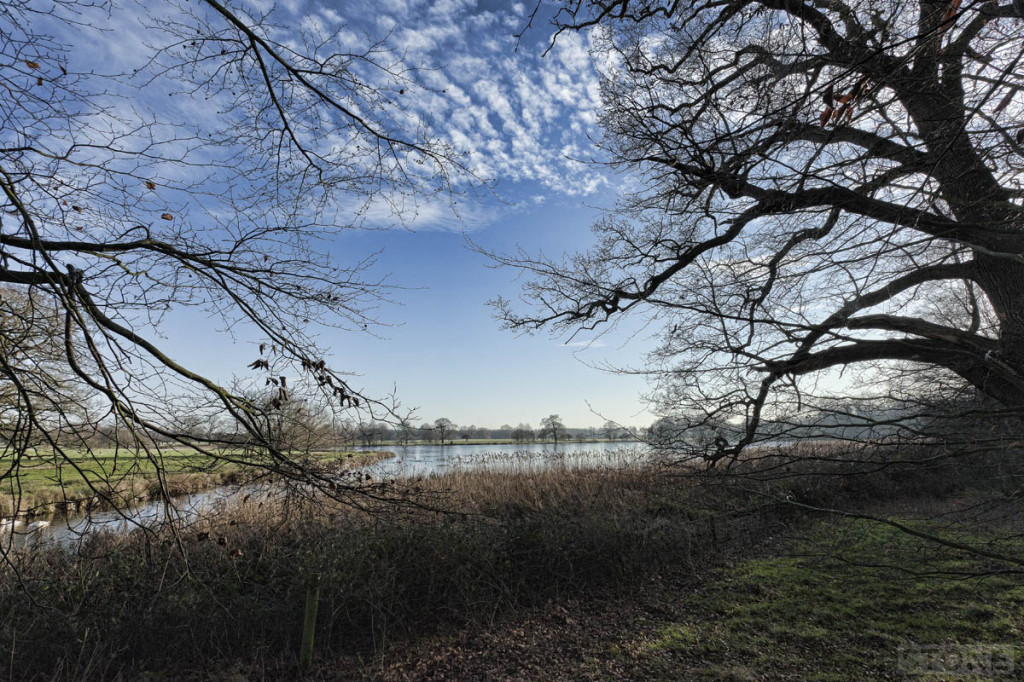 In 1882 a major fire removed the hall, it was at the time the home of the Harbords; the Baron of Suffield and his family. The site remained a wreck for nearly a century until it and the Park were bought by Kit Martin of the Phoenix Trust in the 1980s. It was renovated and then converted into apartments. The whole Deer Park was also purchased and has been returned to the original landscape of the estate, under which it’s former uses had hidden. The relationship between the land and the people that farmed it and used it has meant it has flickered between being consumed by the plough for arable farming where pheasants were safe from royal guns and back to pasture and deer park.

It is though private land, the hold of the remnant of the estate is far reaching. It sits in the gentle glacial rolls and folds of the till between North Walsham, Cromer and Aylsham. The Harbords, in their time, had a massive influence on the development of Norfolk not just with this emparking of a large area for generations whist having a wonderful time with it. As with the ruling classes on most estates, records indicate they payed low wages to their labourers and warned against poaching for the pot, low pay, hard work and free meat at Christmas. They weren’t without positives, and did act well for the area outside the choices that democracy can bring. Their acts of philanthropy included building a school nearby for workers children, importantly they helped develop the railways between North Walsham and Cromer which included their land. They were also influential in the development of Cromer and Overstrand; assisting in the conversion from fishing villages to fashionable Victorian resorts. The title although no longer in Norfolk lives on, they do however no longer have a seat in the Lords. The surname is still here, those not in the direct line had their nobility bred out and watered down into the county. Some of course remain the same as their forebears in their view of the world.

The site itself feels quite impenetrable, people live here. I circled in the car looking for the old gate to the lake. Failed to spot it, but found a particularly muddy spot that looked vaguely familiar but begged to have my car drowned in it. Eventually I gave up and asked a woman in a tight headscarf at the gate cottage near Antingham. She pointed down a dipping lane that twisted off into a line of pines. No-one will mind, ask the old fella on the bench, he’ll know where the building is, he’s been hare longer than any on us. Further down near a rough bench I stopped again and spoke to the old chap, his clothes were faded and country-worn, he spoke with a faint Norfolk burr. He pointed out a turning and sent me off to traverse the park. Despite being told twice it was fine, I still felt like a poacher nosing the car into the park itself.

The target was St Andrew’s Church, probably the centre of what would have been, pre-1600, the now swallowed Vill of Gunton. It would have been a small Anglo-Saxon or Anglo-Danish settlement. The place-name Gunton probably means Gunner’s homestead or settlement, the -tuna ending is a steer to a period that seats it as Pre-Norman and probably pre-Danish. There are two Guntons in East Anglia, the other lies near Lowestoft which appears in Domesday. This Gunton near Suffield or Hanworth does not, The watermill on Hagon Beckdoes though so something was here. Gunton’s first mention is mid-twelfth century. But it was here before that a small village working the land, a Village that eventually shrank and withered and one way or another it ended up empty. Whether the emparking of the area finished it off is open to question.

The current house was built in 1742, it sits in gardens which have names like Bridgman, Repton and Capability Brown written into their history. There are indications there was another Manor House here before, twined around local names, Jermy, Randolph and Berney. The church is exceptionally well hidden; a covert of rhododendrons and plantation style trees across a livestock-grid the only clue a small ‘to the church’ sign amidst a profusion of signs reminding you that it’s all ‘Private’. It is to the East of the house, I had to ask group of friendly twenty-somethings, lounging in the cold air, sitting reading under blankets on steamer chairs. With their slightly polished accents it all felt slightly odd like a vaguely surreal Downton/Go-between time-bubble, me an unshaven scruff in a woolly burglar’s hat loitering in the shadow of the magnificent south portico of the hall. They happily directed me. And down a little drive and through some trees, there it was. 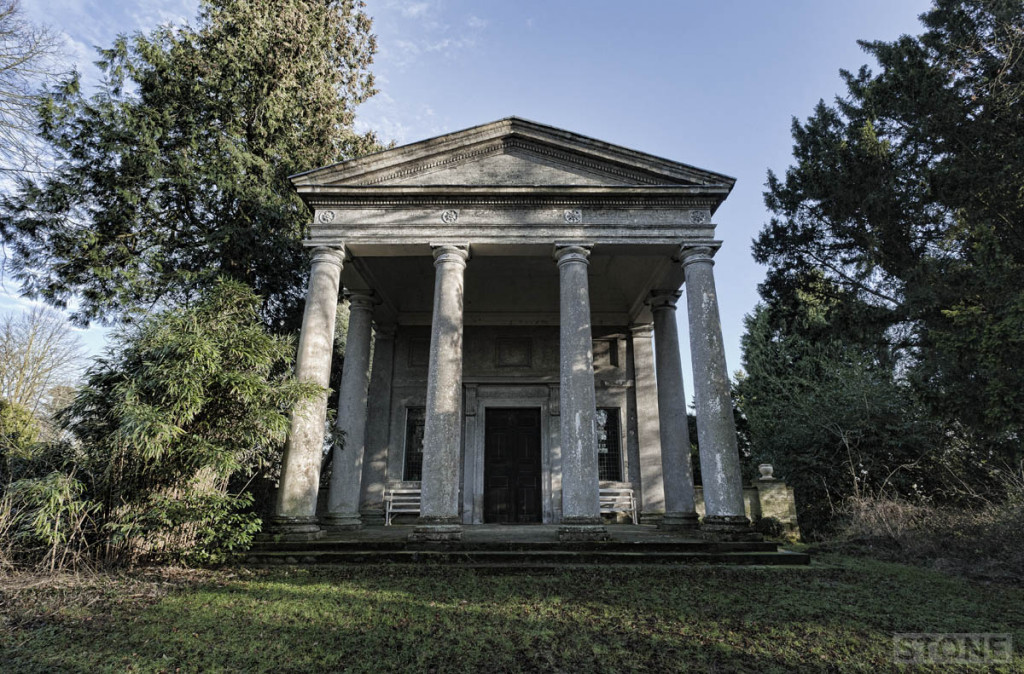 The architect was the famous Scot; Robert Adam. He designed and built some very special buildings. My favourite of which is the Pulteney Bridge in Bath. This was apparently his only church, and according to Simon Knott and indeed Pevsner his only work in Norfolk. It was originally commissioned by Sir William Harbord in 1767 and built under the reign of the imaginatively titled Sir Harbord Harbord. Adam also seems to have drawn up a set of plans for a modernisation of the Hall of which nothing came. The Wyatts had access to them for their refurbishment of the 1780s and they may be reflected there. 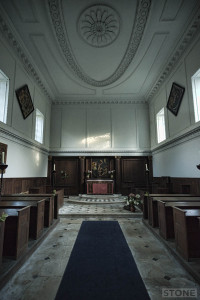 St Andrew’s is rather nice from the outside as you walk up through the trees. These things invariably are, it’s what they’re for, after all first and foremost it is a rich man’s folly, one which doesn’t really look out of place even though Doric columns are comparatively rare in rural Norfolk. It would look more at home in rebuild post-1666 London but would then be lost among the simulacra of itself.

Inside is a dry, rather brittle, and arid space. It smells and looks like a Victorian schoolroom frozen in time. The decoration is very minimal, a little bit sad and fashionless. Its past indicates little more than the fashion of a moment. The Harbords have their memorials, there is alleged to be an old crypt where previous burials from the site were reinterred but no sign of where or any panels about it.

The most interesting thing in the place is a fragment of medieval stone which appears to be window tracery, the slot that held the lead intact. It sits under a bench in the small lobby near the list of those who served in the Great War, now nothing more than a comma in a story that has enveloped the original tale. This piece of stone appears to be the last visible remains of the redundant medieval church that was pulled down to put this building in place.

Outside in the cemetery there are more molehills than graves, nature’s little archaeologists have thrown up bits of flint and mortar. I picked up a shard from the frost crusted peak of one of the little hummocks, turned its sharp edges over in my hand. A little reminder pushed out of the ground between the assembled Harbords and the scattering of long-serving butlers and gardeners. 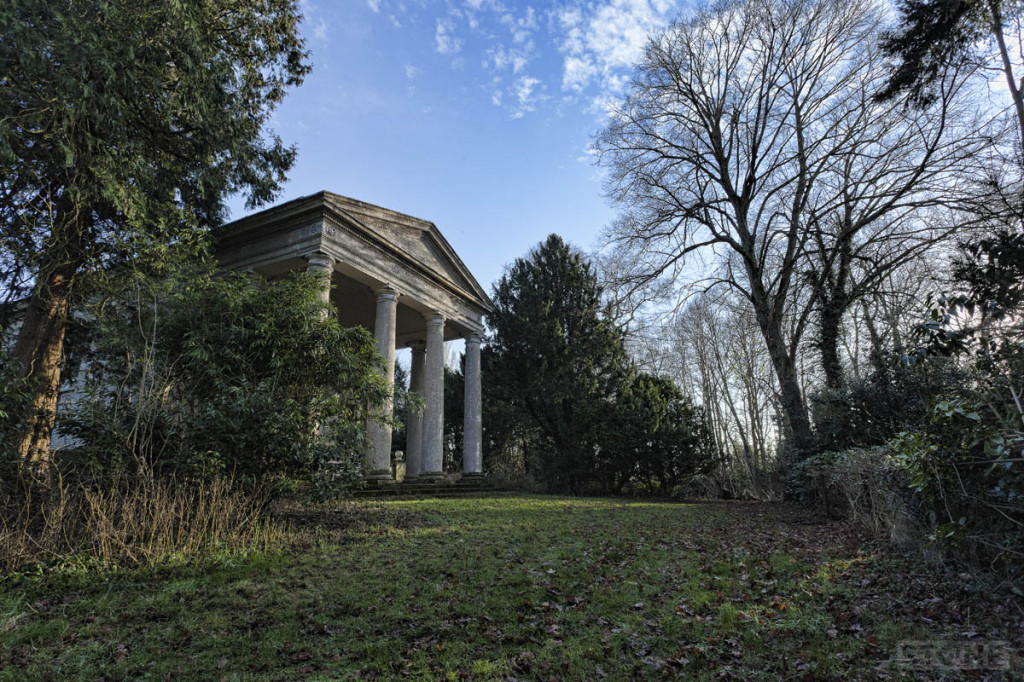