On the beach: Utah 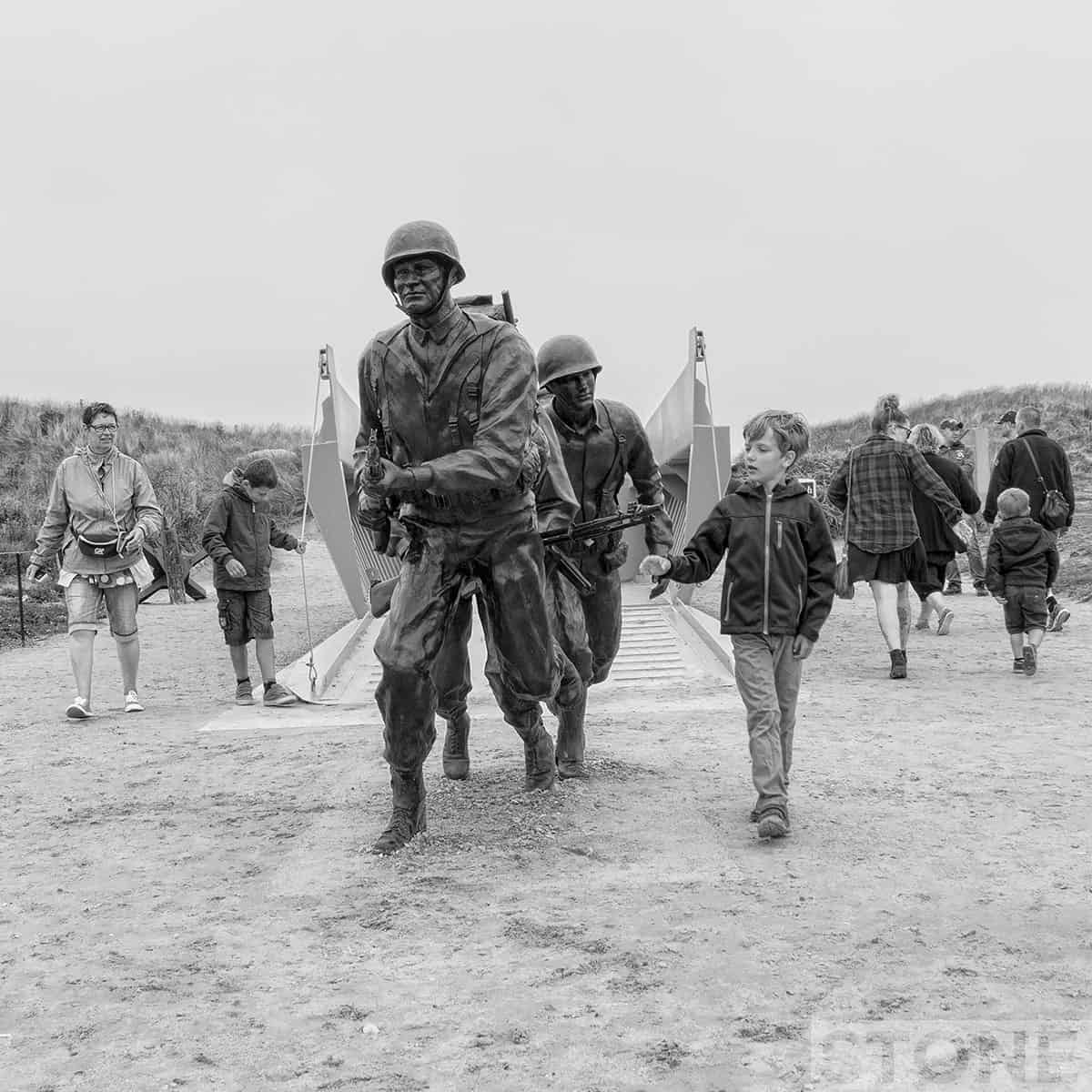 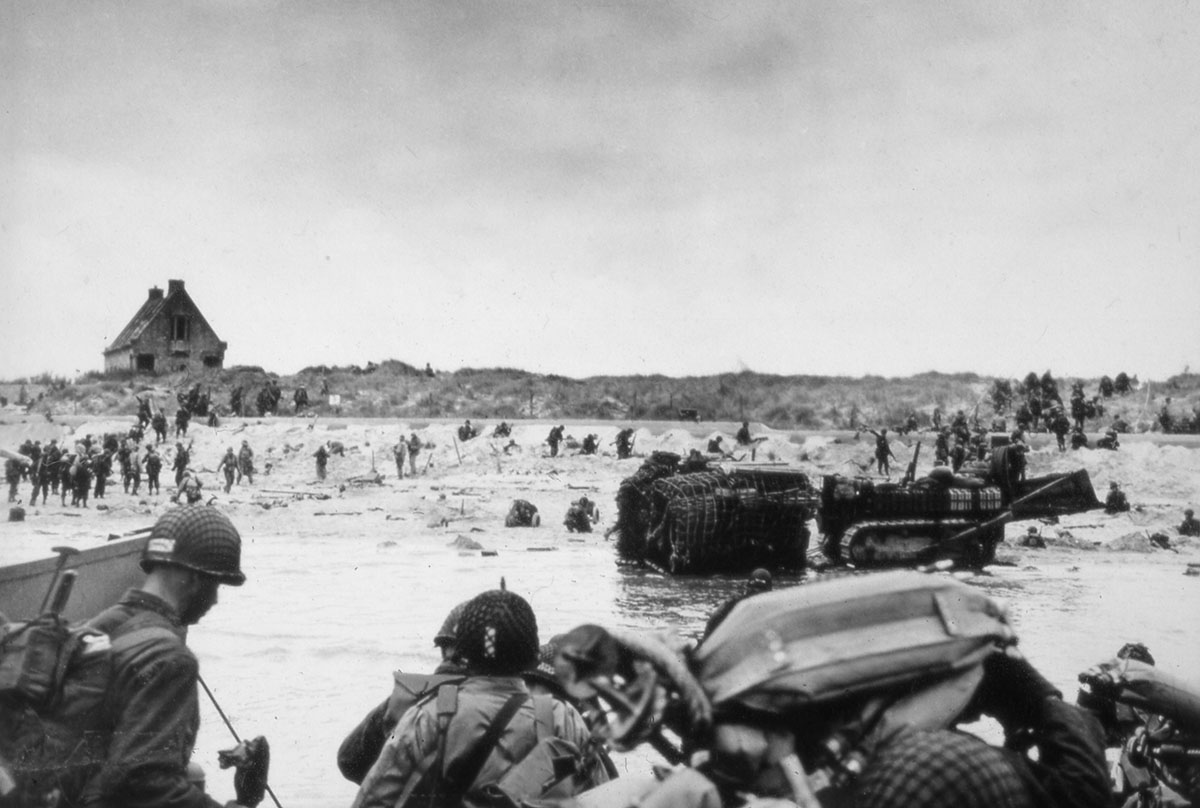 We’ve just been away. It didn’t take me very long to remember that I’m not very good at holidays. The vacancy of it all gets to me very quickly, I find it difficult to relax and conjure ‘fun’ up out of being somewhere just because it’s somewhere else.

We tend to end up in France because of family links and ingrained habits. Plus we do actually like Brittany and Normandy which have become the traditional stopping off points for the boundless fun of drinking too much, eating everything and this year the extra treat of sitting about watching it rain for several days. On the plus-side from my point of view the conflict archaeology in the area is about as solid and obvious as you can get even wavering into recent popular culture outings where I kept thinking I know this place, I know it because it’s from that bit of Band of Brothers etc as we drove past Brecourt trying to find somewhere to have another Crepe before we wasted away between meals.

I tend to try and keep my mouth shut, otherwise I’ll get hung from the tower of a local Eglise by straps by my family who don’t share the same sense of intrigue as me about whether it was a 105mm or an 88mm battery in ‘that field’. I confined myself to one bit of expansive arm-waving and letting out a ‘this was all flooded’. Which received an ‘eh?’ response. ‘They flooded all this, the Germans, Les Allemande. To stop the advance from the beaches… I’ll shut up now, where’s the crepes?’.

We went to Utah, the D-Day beach, not the U.S. State or the popular electronica beat combo. I’m not easily impressed by memorials, it didn’t let me down because I wasn’t impressed by any of it especially, it felt it had a slight sense of theme park going on, which given the events of the 6Th of June feels a bit strange. There are too many things going on, and by things I mean memorials to everything with clusters of tourists, like me for instance, eating Framboise Magnums and doing duck faces or gurning into cameras. In particular I found myself violently disliking the Higgins Memorial which is basically a landing craft sitting in the dunes with some giant bronze toy soldiers bravely heading off to get a glacé and a cidre. It’s not a Jagger, there’s no swagger, no reality, no sense of anything that happened just these giant Tamiya men in Palitoy poses in the sand, I watched countless kids go up and go straight for the guns, those small boy magnets that they are.

On the plus side you can go into the Higgins boat if you want, which at least gives a sense of how cramped and miserable they must have been during the landings, this clean nicely crafted piece of metal. Doubtless without them the delivery of the troops into the storm of hot metal would have been much more of a problem. It struck me that for realism it probably should feature a few holes, dents, scratches from bullets and ricochet marks, maybe a pile of abandoned equipment, perhaps a body or two floating face-down in the sand. I suppose that this is partly where the problem lies for me; there is no mistaking the bravery amidst that fog of fear and expectation which these boys and men on these little boats would have existed in. We’ve all seen the films, on top of that the endless round of rolling anniversary footage drumming it in, the books and photos of the pinched faced men and their nervous jokes, against a backdrop of floating bodies and exhausted stares, the blossoming black and white blooms on the beach the shriek of ricochets are embedded in our understanding of this conflict. And contrast that to how sanitised the establishment of these modern memorials is. Once again I think of the power of Jagger with his nonchalantly beefy, yet pained artillerymen and their dead comrade, or Ledward’s staring guardsmen, Goulden’s almost fascistic striding figures protecting, or Toft with his painfully real humans, there is something of a spectacle about them, there is a buried emotion.

We had enough fairly quickly and walked through the causeways onto the broad sands eddying in the warm winds under a lead sheet of sky. The only shells now are mussels and cockles, an occasional razor clam or a whelk. We are in the hinterland between the cries of gulls around the oyster tractors and mussel crates and the calls of children and the industry of memorial, the mechanisation of remembrance. Looking down there is something in the sand. Near my foot there is a large concretion; a piece of rust embedded with stones forming and growing. I am struck by a thought; in Sainte Meré Eglise, where John Steele hangs forever from the church tower hung by his parachute with his flak-wounded foot forever trapped in time amidst the marketing opportunities painted on every window and on every sign. Below there is one dimly-lit den with no cartoons of smiling paratroopers on the glass, it’s one of those curious places that never seem to be open, someone eking out a living despatching leftovers from the war muddled in with Airborne patches and ammo belts, BB guns that look like Lugers and Thompsons.

Behind one grubby window there is a carbine, a real Second World War vintage rifle presumably recently dug from a nearby beach or dragged up from the mussel beds. No price ticket, label or description, it is waiting for a must-have sucker to name a price they’d pay. The wood of the stock is weathered, shrunken and salt water cracked, the barrel is holding up quite well, faint traces of blacking on the steel still just about evident. Yet in between are the moving parts; the bits that join the man to the method; killing or survival; the bolt, magazine and trigger; a huge orange pebble-stuck cuff has grown like a fist-filled mitt, it grasps the gun midships growing round most of the mechanism. Left alone out there in the salt damp, this reaction would have absorbed and then dissolved the weapon into an orange and black stain in the sand. 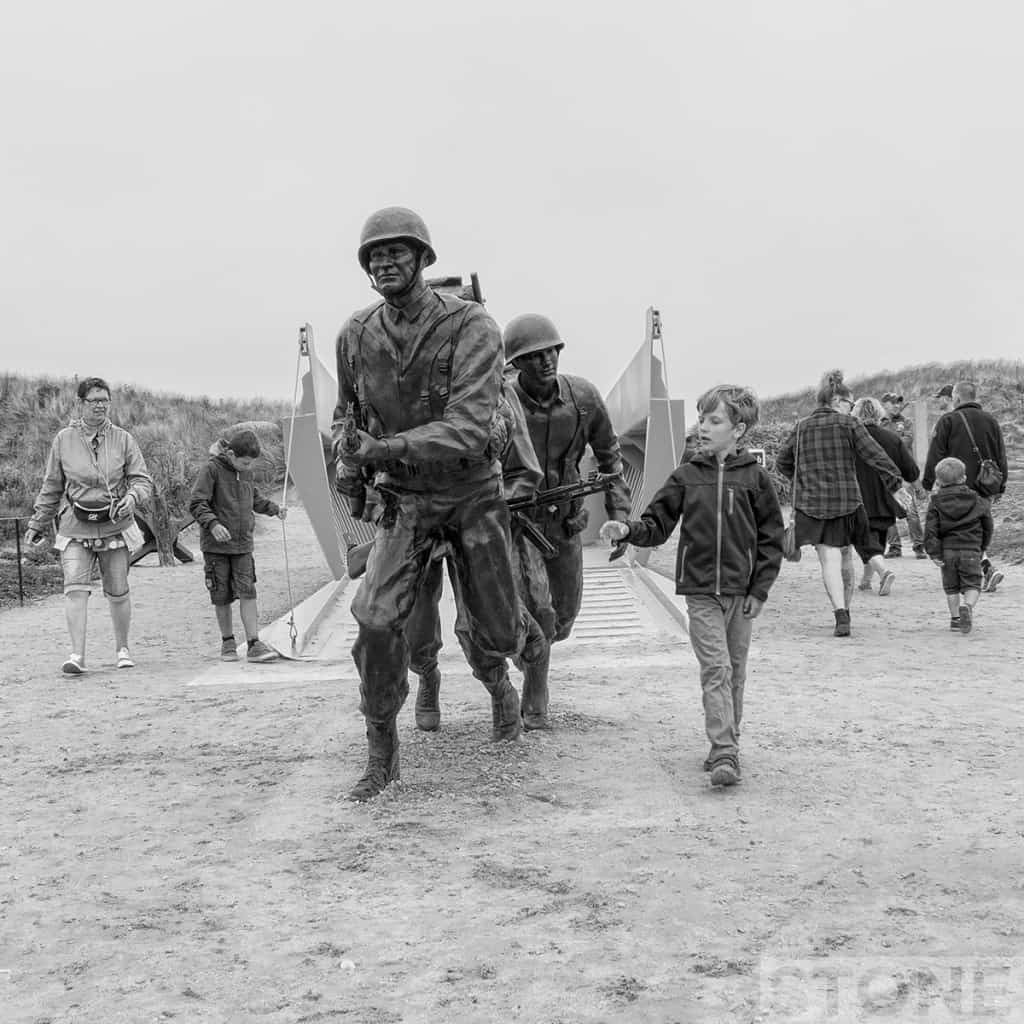 Another visualisation, this time the returning swifts. I'm not entirely sure I understand this one, but it looks pretty. eurobirdportal.org/ebp/en/#home/APUAPU/r52weeksprev/APUAPU/r52weeks/ ... See MoreSee Less

If you fancy tracking the large piece of Chinese space debris, you can watch it here. 35 hours to go currently, where it will land, nobody knows. orbit.ing-now.com/satellite/48275/2021-035b/cz-5b/ ... See MoreSee Less

Originally aired on BBC Four 2nd August 2019 - an excellent acid house documentary by Jeremy Deller.Acid house is often portrayed as a movement that came out...
View on Facebook
· Share