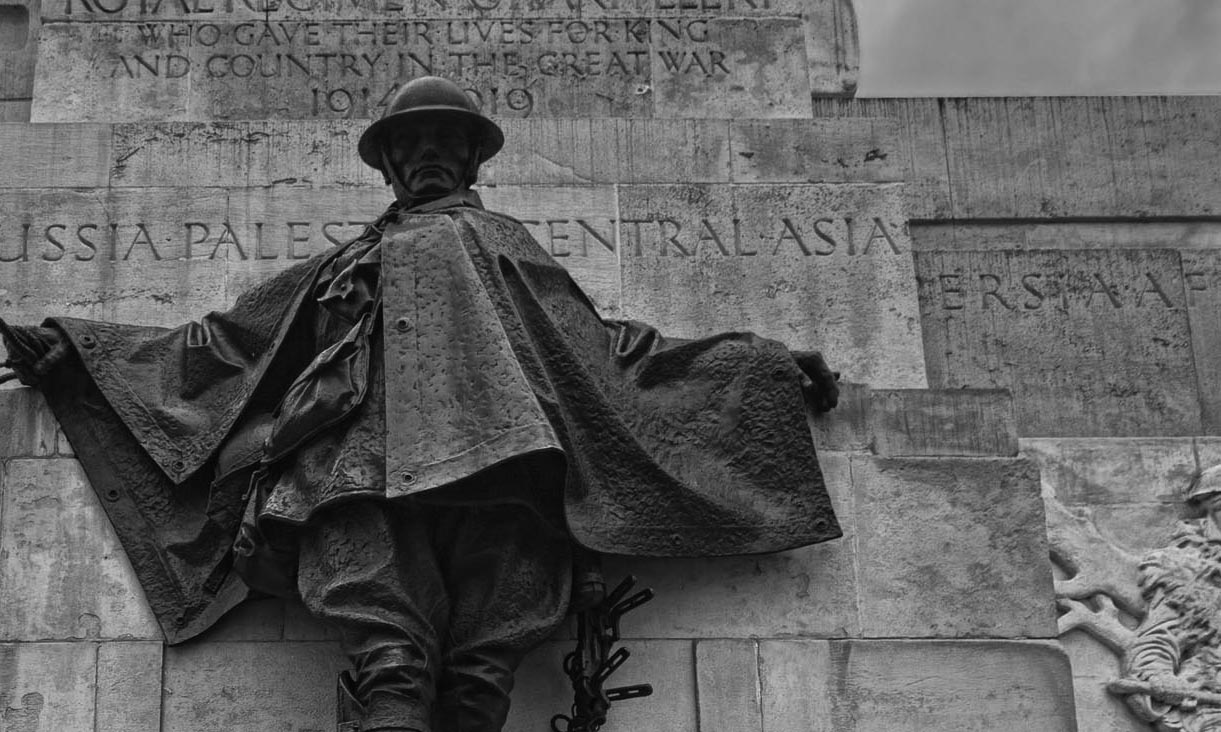 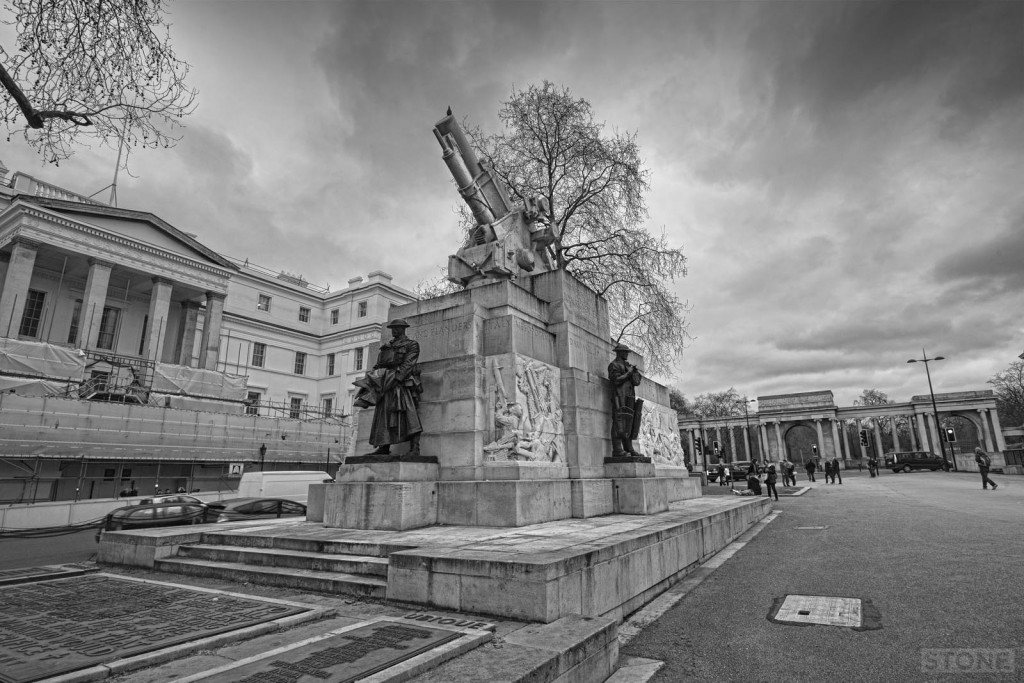 All cities are full of nexus points, the crossings of networks of roads that run the city. Because most of our major ant colonies grow irregularly, they form and coalesce around point sin the landscape and those points shift and change over time, one centre can collapse and another form, rivers become temporarily fixed by the reinforced landscapes of the colony as it seeks stability. Paths formed by footfall, originally exploiting the weaknesses in the run of the landscape eventually become wheel rutted tracks, then form surfaces and become established roads, over time these become overlaid with newer routes and as the stones grow and the concrete hardens the junctions of all these routes laid through time become more or less fixed.

Hyde Park Corner is one of those places, it is the confluence of six paths or roads. It’s easy for significance to blur when you stand at a junction the size of this in the middle of a city the size of London, the trackways meet under a layer of tarmac, a huge island cast over the crossing. In the lather of tourists, the shout and chatter of schoolchildren, people and modern process varnish over what theses places have been, the remains of the original long since obliterated under a carpet of slabs and chippings, lampposts and signs, the rasp of traffic and squeak of buses and taxis drown everything.

This sits on the edge of  land that had belong to Westminster Abbey, then grabbed by Good King Henry it became a Royal Deer Park for the entertainment of the lords and the rich. The junction itself a symbol of free-speech in Victorian Britain slung between the Tyburn Gibbet and the start of  Roman Watling Street and the Freedom Tree; Places where some people were silenced and where people could speak, Ireton and Cromwell hung there even though they were already dead, Catholic muttered their last prayers; Bigod paid for his indiscretions in the shufflings against the king in the 16th century on the triple tree. Nearby Marx, Lenin and the Chartists spoke, shouted and protested against the vanity of the upper classes and cemented new rights for workers against the swing of the pendulum that runs those that govern us.

In the midst of this there is for me one thing that displays more swagger than anything else for me, and that sits on the island formed in the 1950s in the moments when the tide of traffic was about to reach it’s peak. It was already here as the roads cut through. It is the Royal Artillery Memorial. 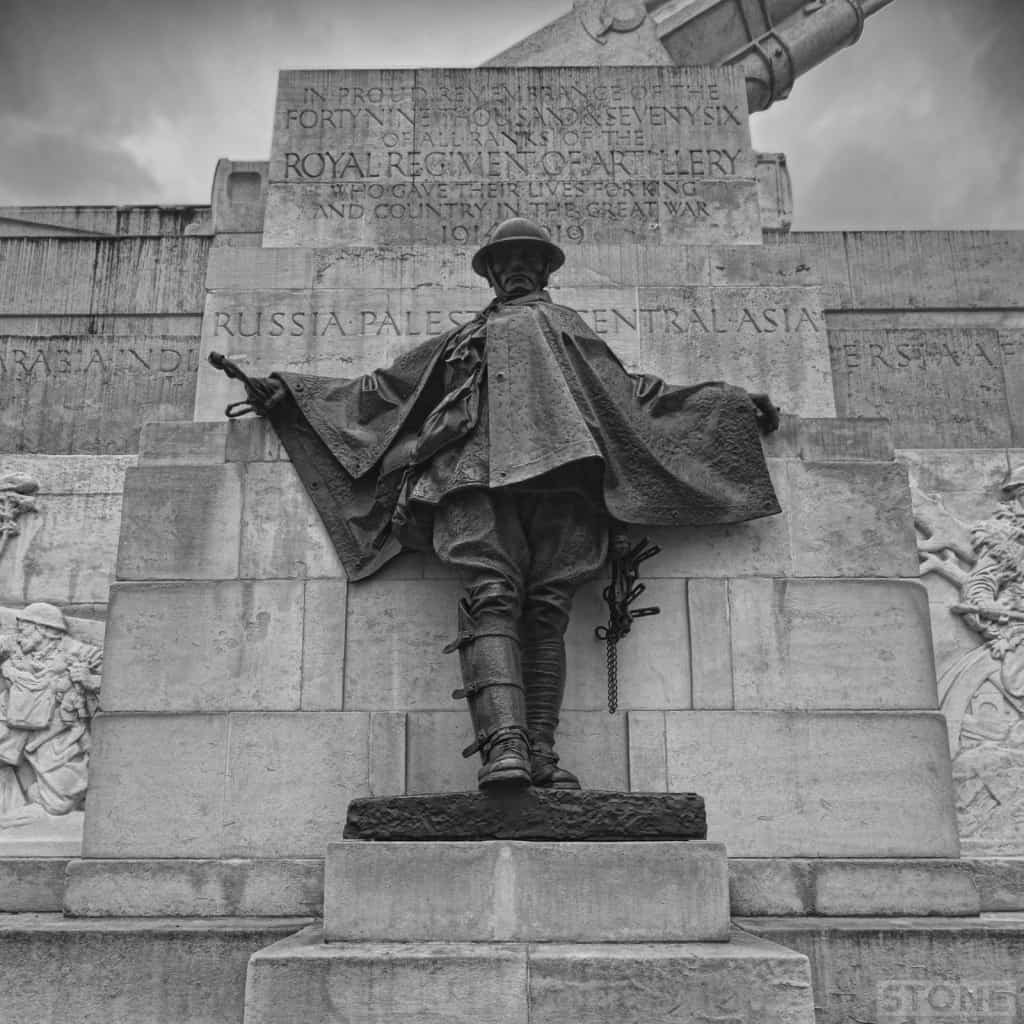 You can almost forget the stone plinth and the howitzer, they feels unimportant under the weight of the four men who stand and lie around it. There are just four, yet they represent 800,000 artillerymen of whom 49,076 died at the guns and under the guns. The sculptures are quite some of the most remarkable there are of the period, thick set powerful me, they display no dynamic in their rest, just stand and lie waiting, complete with tack, waterproof capes, shell cases and helmets, their faces set. The swaggering  driver to the west, arms outstretched draped in a smock against the rain, foot forward like the hardest man you ever didn’t want to cross. The artillery captain stands on the east side coated and carrying kit, his feet wide spread and stable. On the south side a solid sure footed shell-carrier, feet set as if he grows from the ground, and lastly the most unusual; a single dead soldier on the north covered in a groundsheet his slack face and ear just visible in the folds, So far as I know he is alone, the only permissable victim of the war visible in statuary from the 1920s and 1930s.

The memorial was designed by Lionel Pearson the bronzes by Charles Sargeant Jagger. All of his post war work is quite remarkable, his realism nailed on the line. You know by just looking at this that he was there just by looking at the figures, he did in fact serve at Gallipoli and Neuve Eglise, was wounded three times and was quite scarred mentally by his experiences at Gallipoli. It shows. A remarkable dynamism in the stillness. 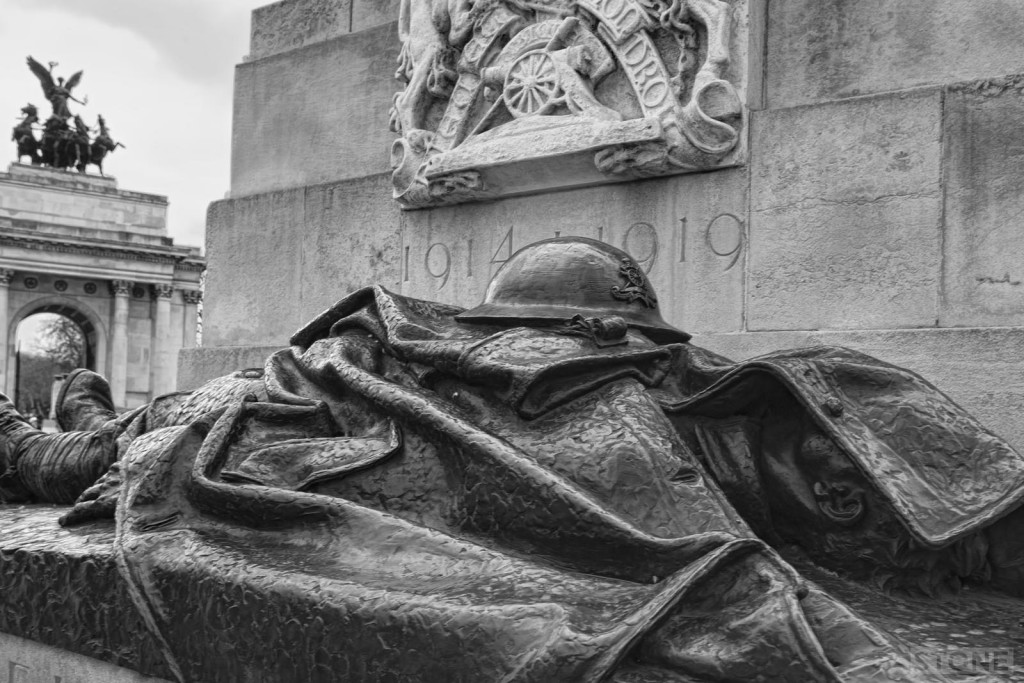 This one’s for Mary Ellen Freeman, thanks for the title.