Lost in a landscape: Caistor St Edmund – A buried town

Lost in a landscape 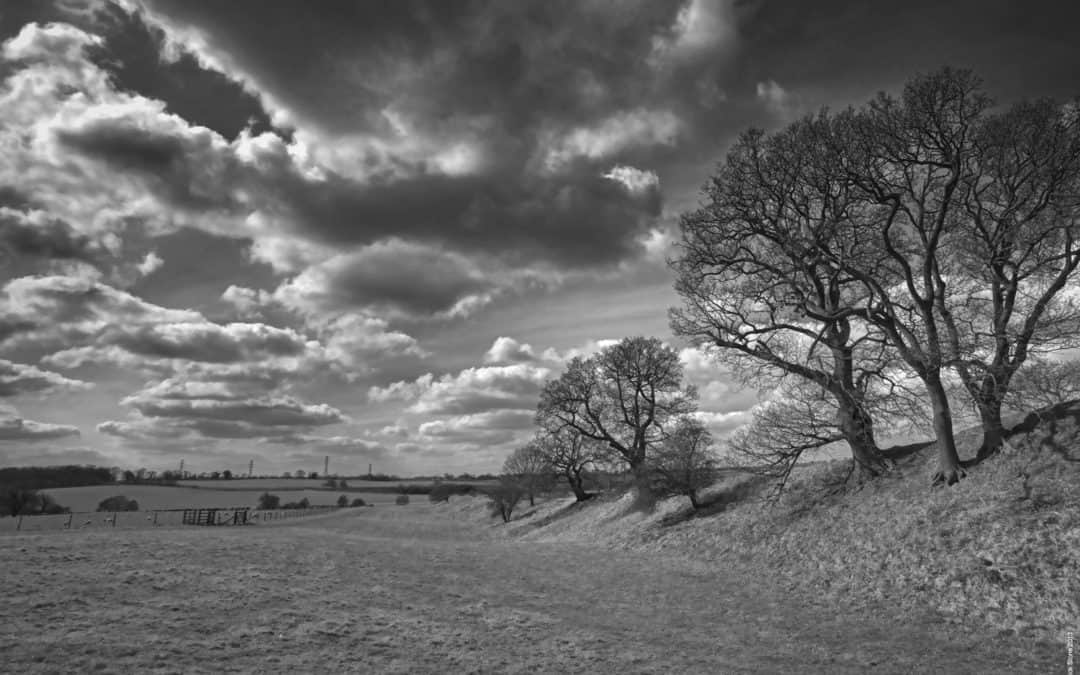 Five miles to the South East of the modern nucleus of Norwich sits Caistor St Edmunds, on a rise in the land between the confluence of the River Tas and the River Yare near where the Wensum joins the “I’m the biggest River” bunfight and loses it pointlessly, it’s just before the haul down to meet the sea at Yarmouth. Caistor St Edmunds hides things; just to the South West of the Village is a curious field where the Church of St Edmund, it’s a large field, larger than the modern village iself or in fact the Roman town of Colchester, this field is itself a walled roman town Venta Icenorum, “Market place of the Iceni” Our local ginger ninja , Boudicca, or Boudicea if you can’t read things on old coins like we couldn’t when I was a kid, had something to do with this joint at some point, sacker of Colchester, a regular visitor to London with Denarii burning a hole in her pocket, and that’s not all that was burning. Time evidence being how they are, it is very difficult to pin old sword-wheels and her family down to here precisely as the Iceni had a fair spread of land in their day, but for the sake of romance I’m going too say yes she was about here at some point cutting a swathe through through the crowds. It is quite possible that this Venta was in fact built on the site of the original Iceni settlement as punishment for the infraction of not being keen on letting some thugs rape your daughters and murder people you may have enjoyed sharing a turnip and broad bean sandwich with.

It’s an interesting area; near Markshall and Bixley, both deserted Medieval villages and Arminghall with it’s prehistoric woodhenge, Whitlingham, a potential early Anglo-Saxon or Anglo-Danish place name if ever I was one, with its ancient mines is to the North, Over the other side of the Tas Valley is Harford Farm with it’s complex of Iron Age, Roman and Saxon burial sites, now half lost under the bypass, and Pye Road running to Camulodunum, this is an ancient landscape and you sort of sense it even before you see the swell of the ramparted settlement, the land feels like it’s been occupied for a long time. 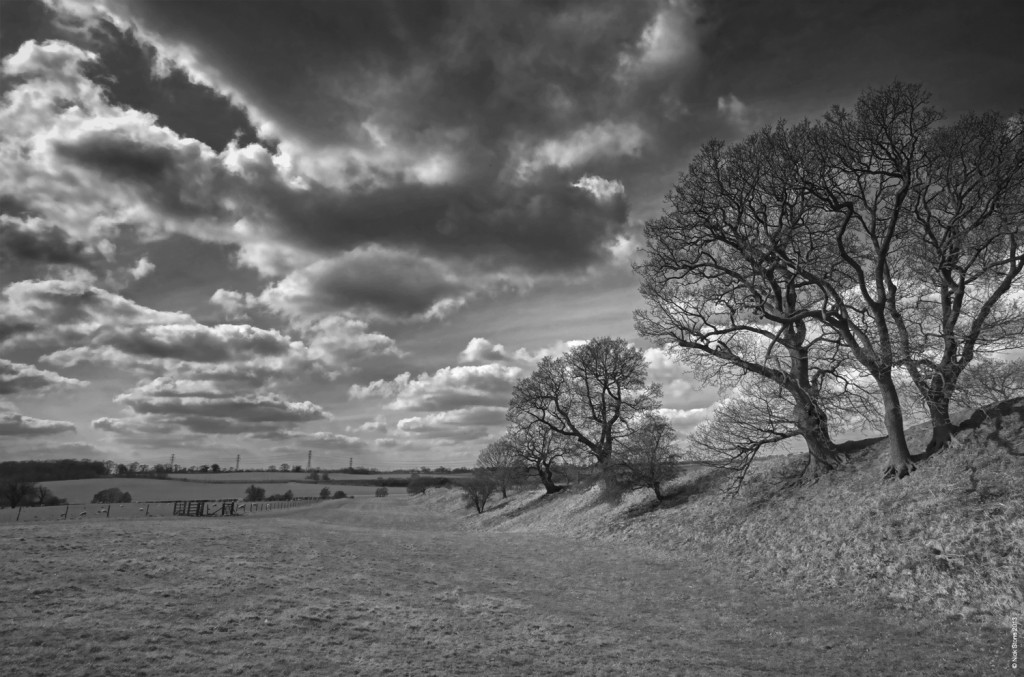 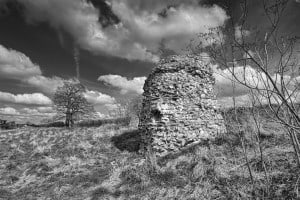 The whole site sits proud of the surrounding fields, the South side near the entry point has no real surface evidence of wall, but those little furry archeologists; the local mole population leave a fair scatter of tile, brick and hypercaust fragments on the surface, even the odd bit of pot, We scavenged a handful together in about 100 feet of trackway. The rampart itself which is a fair sized bank.

The Western Rampart runs almost parallel to the River Tas, here you’ll find a tower like structure which is a bastion, not far from what would have been a gate, which would have presumably partially served as an entry point from the river, The Tas would have been a different affair back in the first and second centuries A.D. as would most of Eastern East Anglia’s rivers before all the dots joined up and the then massive Yare Estuary slowed it’s flow and silted up. Looking from the gate the Romano-british inhabitants would have looked from here across the valley towards the burial ground on the hill. 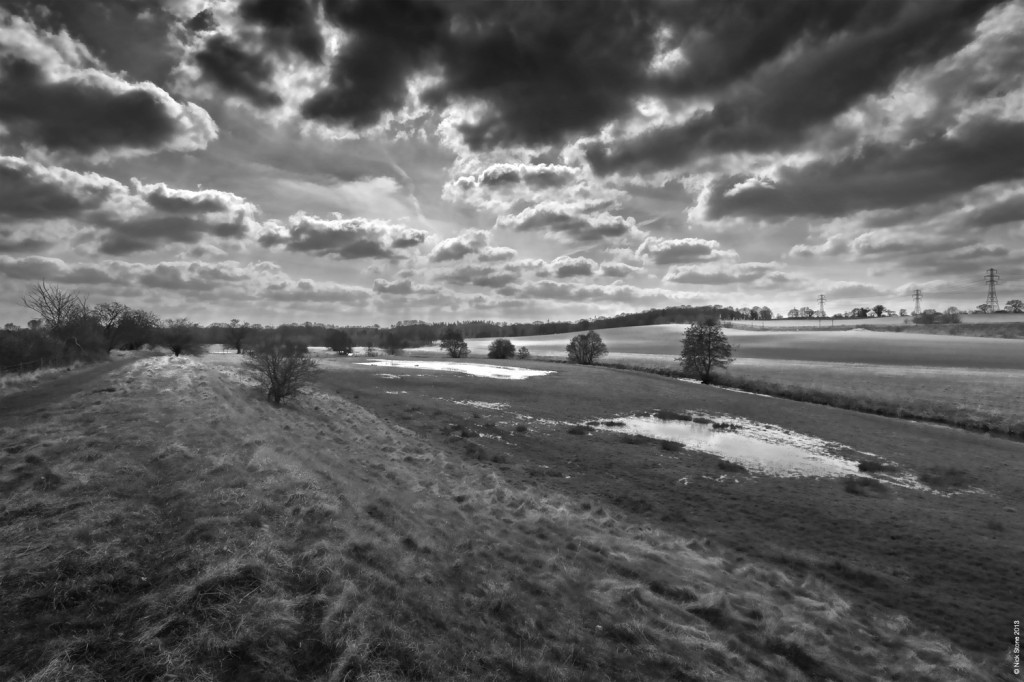 Once you hit the North side you start to hit paydirt it terms of visible above ground Roman stuff, there’s a huge stretch of wall on top of the earth bank and further along this turns into a reasonable height of stonework that would have formed the outer layer of the wall, I should at this point check my facts, but I’m pretty sure that the wall was basically an earth and flint sandwich. There are apparently several Roman and post-Roman burials in the field to the North of the Wall too, all unusually rectangular so I’m led to believe.

The walk back is along the top of the eastern bank towards War Memorial Cross and the church which itself I’m lead to believe includes quite a bit of evidence of stone being robbed from the roman site and may well be sited over a previous church or temple as this seems to happen from culture to culture, who knows there could be a burial mound under that and an earlier Anglo Saxon wooden affair after it too. 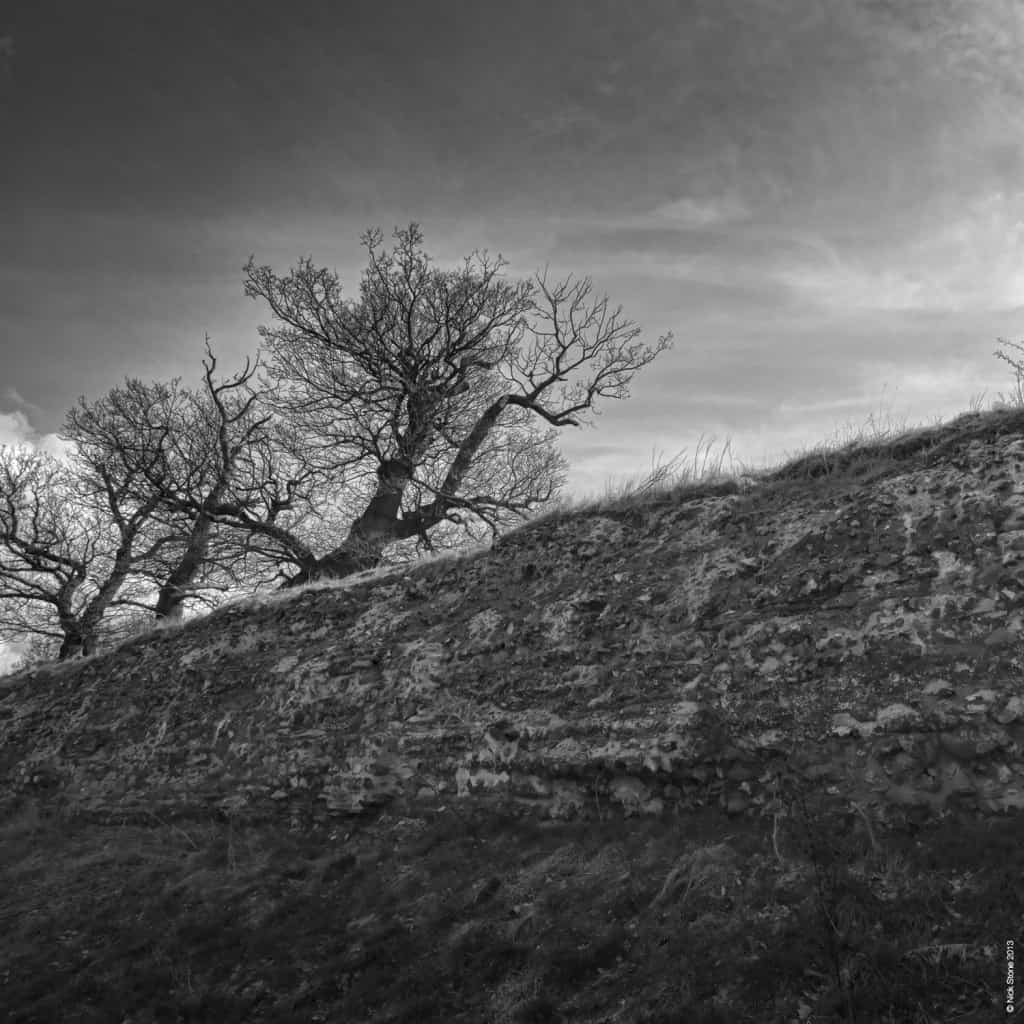