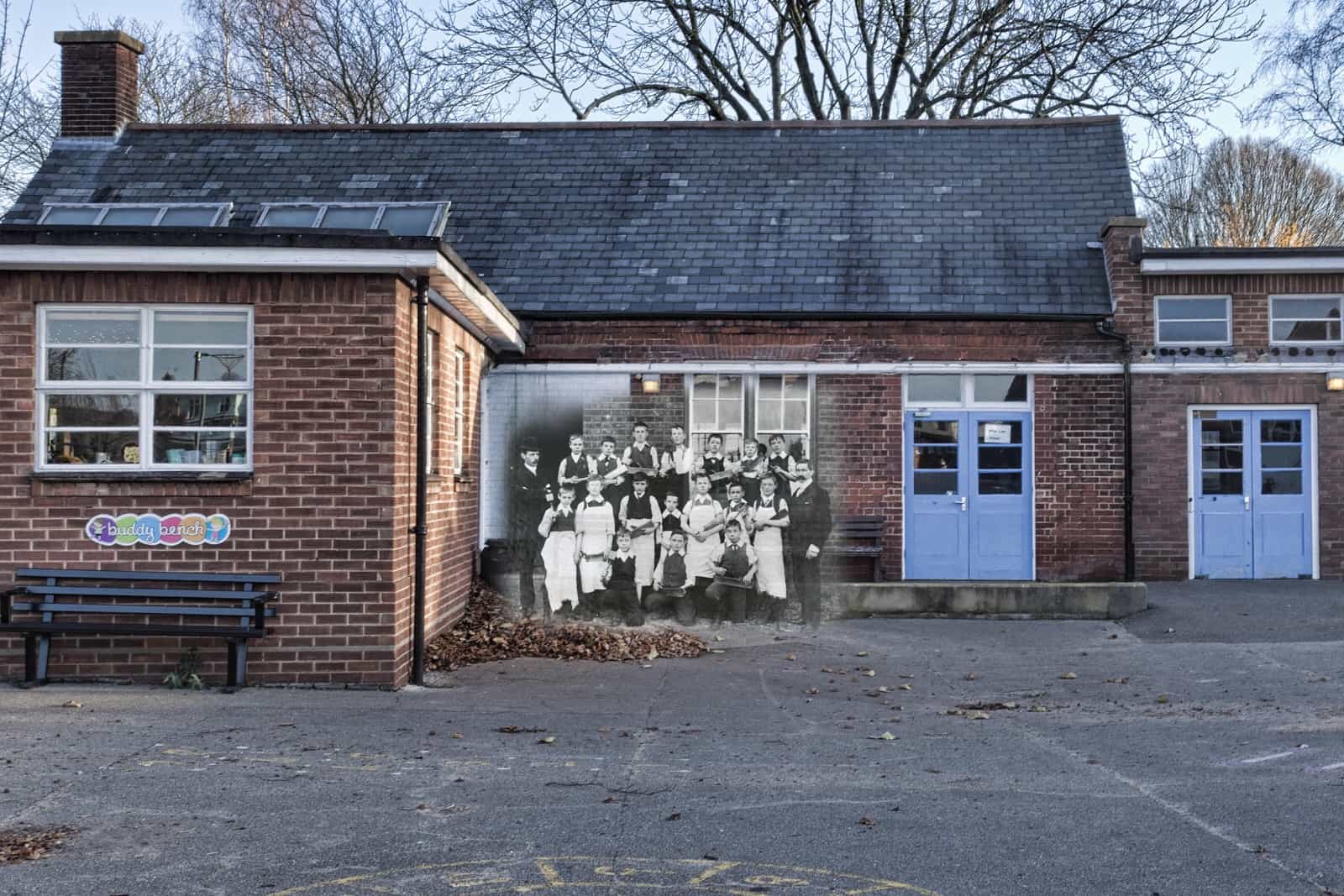 Originally produced for Len Holman as a leaving present. The photo is from the 1910s I believe. Angel Road school has quite an interesting history, it’s changed a lot over the years, not physically, but in terms of what it is; certainly was a girls secondary for a period of time, has air raid shelters under the grass, and has been mooted as possibly the site of Kett’s famous battle of Dussindale/Dussendale (it isn’t). Wonder what happened to all this lot, maybe some of them became carpenters.