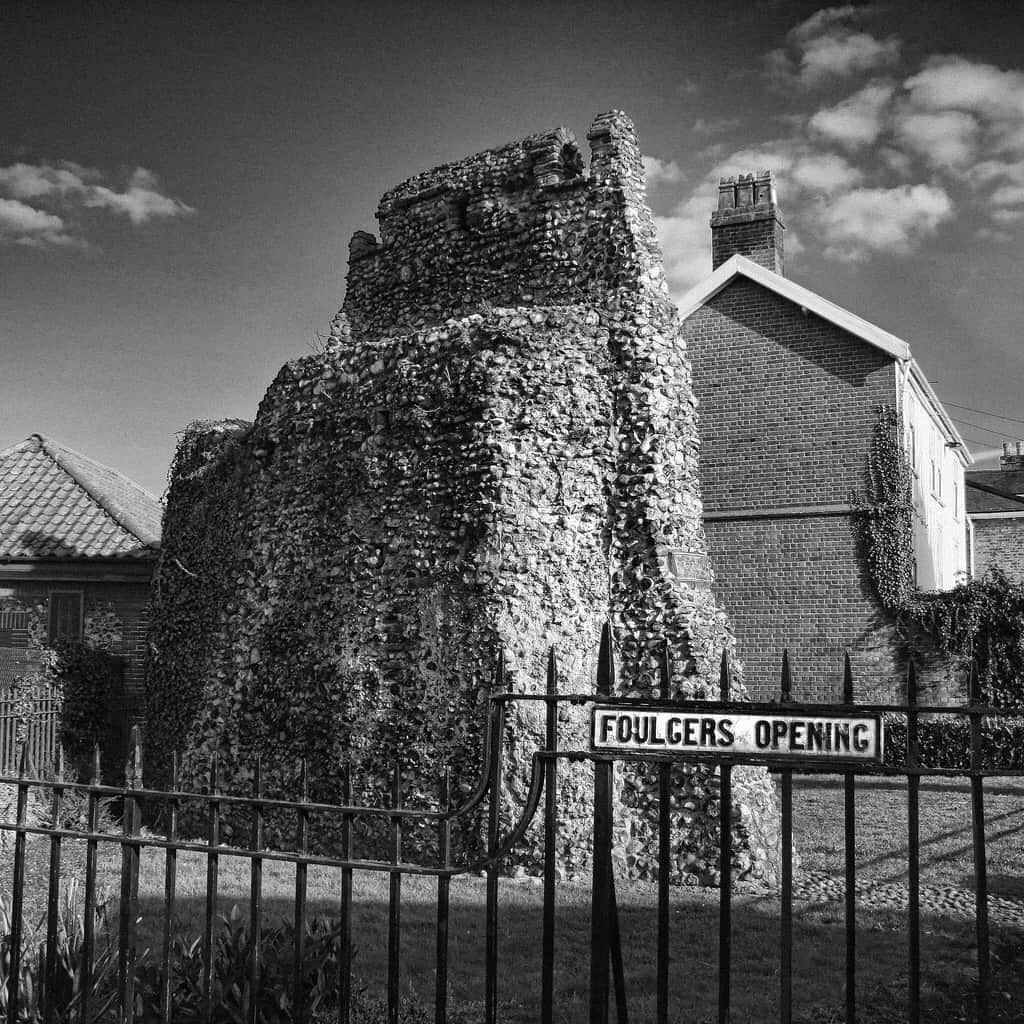 Ber Street Gate or Berstrete Gate, sitting just on the edge of Foulgers opening off Ber a Street and Bracondale. Another Norwich city wall fragment, not the gate itself. The gate no longer exists, nor do any of the others, largely a result mainly of progress (or vandalism depending on your viewpoint), progress sometimes has to embrace such things, such as knocking them down, allowing larger carts full of produce through. The gates were almost redundant on completion, in fact whether they served much purpose beyond levying charges on people entering the city is open to question. Some of the gates were involved in defending from attacks on the city, usually by the authorities against annoyed locals or occasionally the reverse, in fact that happened within the space of a week at one point such are the vagaries of life.

I should point out this isn’t a gate at all, it’s a wall section. Most of the gates were dismembered from the late 1700s to the late 1800s as they were pretty much falling down and surplus to requirement; i.e. slums that were in the way. Probably hindering the enormous number of cheap turnips imported from Ipswich to fuel the turnip revolution. Ironic, as we try and cut down the amount of traffic we allow to enter our cities, by putting electronic gates up and stuff and charging people for entering *ahem* not a new idea then. 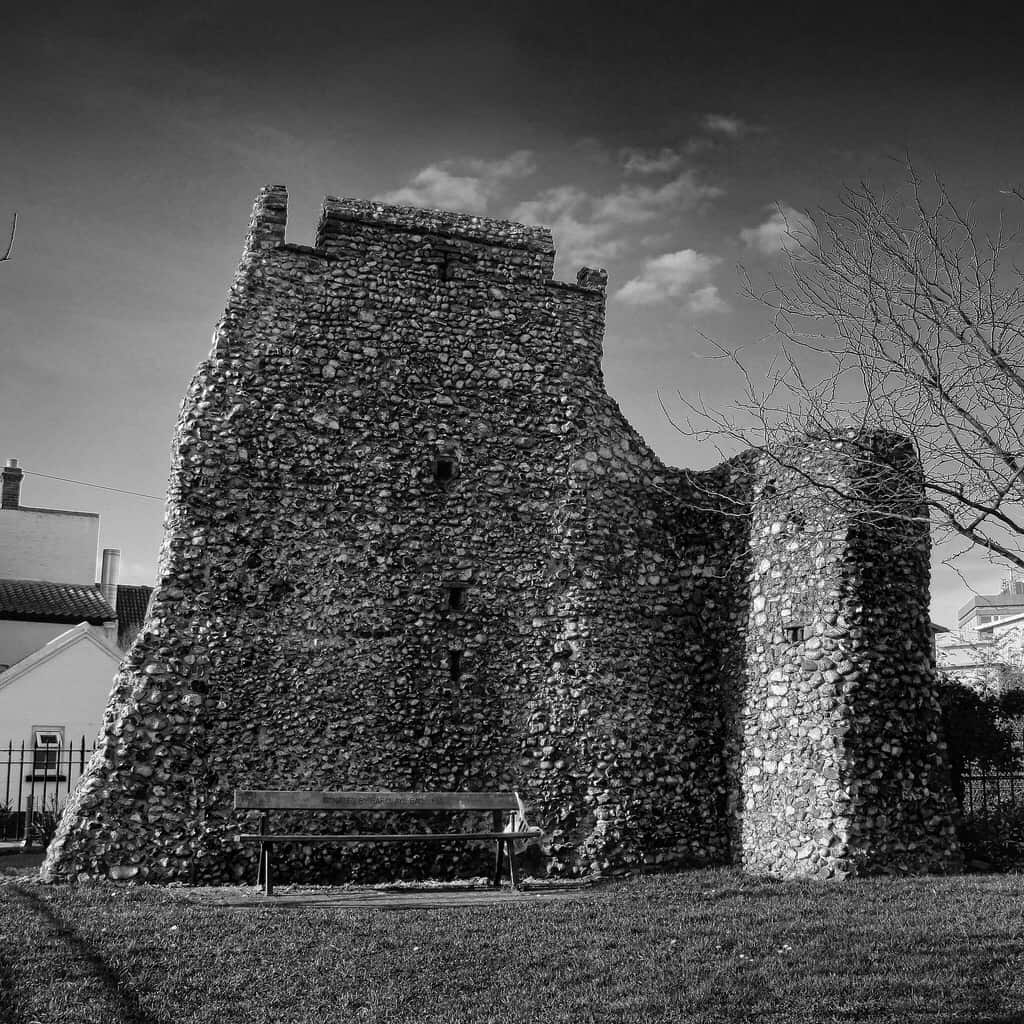 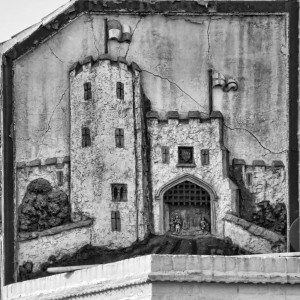 This forms quite a distinct turn in the wall line, the crenelations were almost certainly a later embellishment on the ruin, Ninham’s drawings indicates them being closer together. There are several lovely obvious putlog holes for the scaffolding used when they were built, as with most other sections these were Flint rubble cored, and there are indications that at least the gates were partially rendered. The gate itself would have been to the left, The bench isn’t either original or a terribly nice addition, nor is the Tesco bag full of “stuff” hanging on it, I didn’t look to closely at the contents because it might be poo or radioactive, you can never be too careful.

You can also still see the walkway along the top of the wall, from which soldiers on guard could throw turnips, rocks or arrows at people on the outside, or chuck apple cores at their mates on the inside. This section formed part of the wall of the Richmond Hill Public House. The turn in it leads to another small section which then buries itself in several existing properties on Bracondale, So I may have to get an x-ray back for my camera or bashfully cap-in-hand go and ask the master of the big house if he knows where it goes.

Below and inset above are photos of the relief work on the Berstrete Gates pub, it’s a bit scabby, cracked and hidden; based on the Ninham etching of 1790-ish, which were based on the Kirkpatrick drawing of 1720-ish so it may well have been built out of sticklebricks with the amount of Chinese-whispers involved, but we can assume these are a reasonable projection of what the gates looked like. There’s a similar relief on the side of the Coach and Horses at the top of St Stephens. It would be nice if there was one for all the gates, we’ll never be York, but it would help people understand how the city was and how the wall worked. At least our wall, however incomplete is authentic. Ber Street is a story in itself, akin to Magdalen Street; probably older; lots of history dying to escape, and particularly interesting stories of lost churches and immigrant communities. And below, well that’s the pub named after the gate with the relief plaque, the scenario was as I remember it one of a bloke explaining loudly to someone that he wasn’t in a pub, which was true, he was outside a pub. 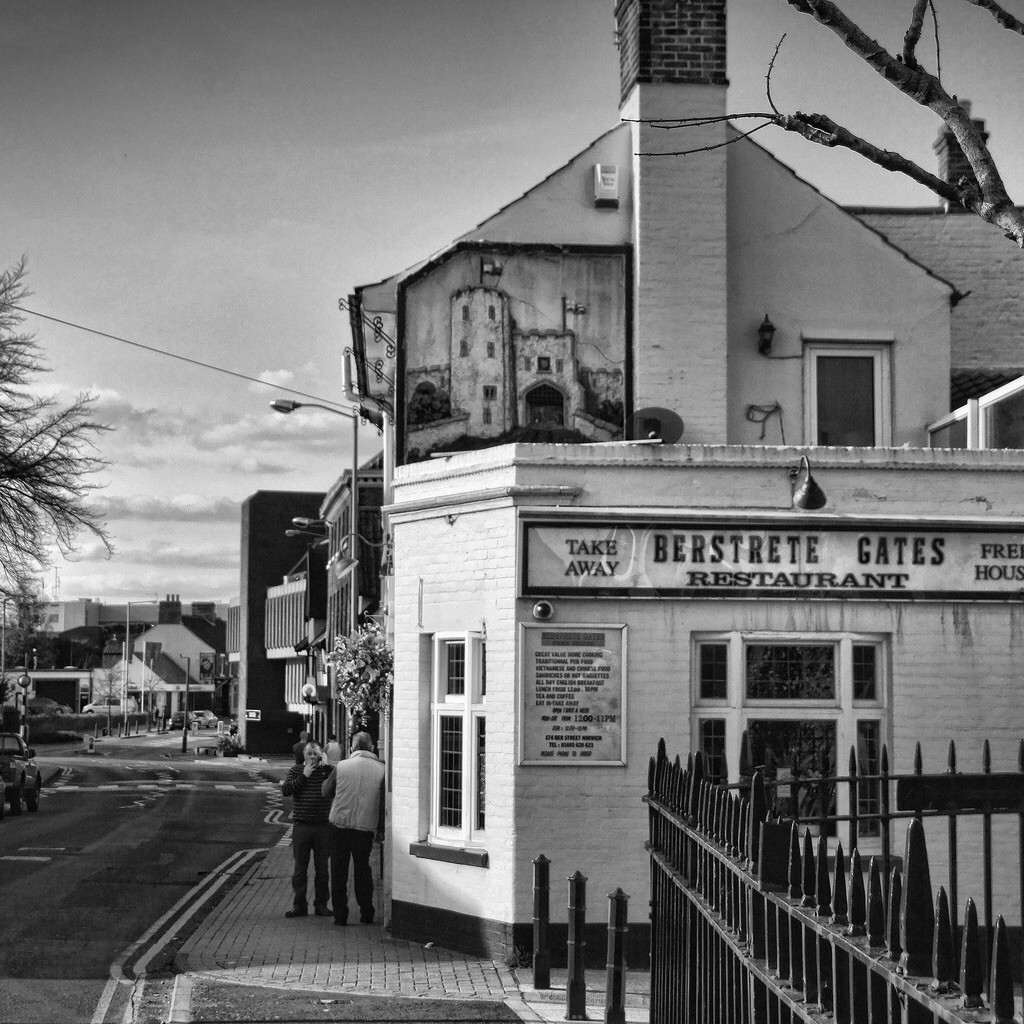