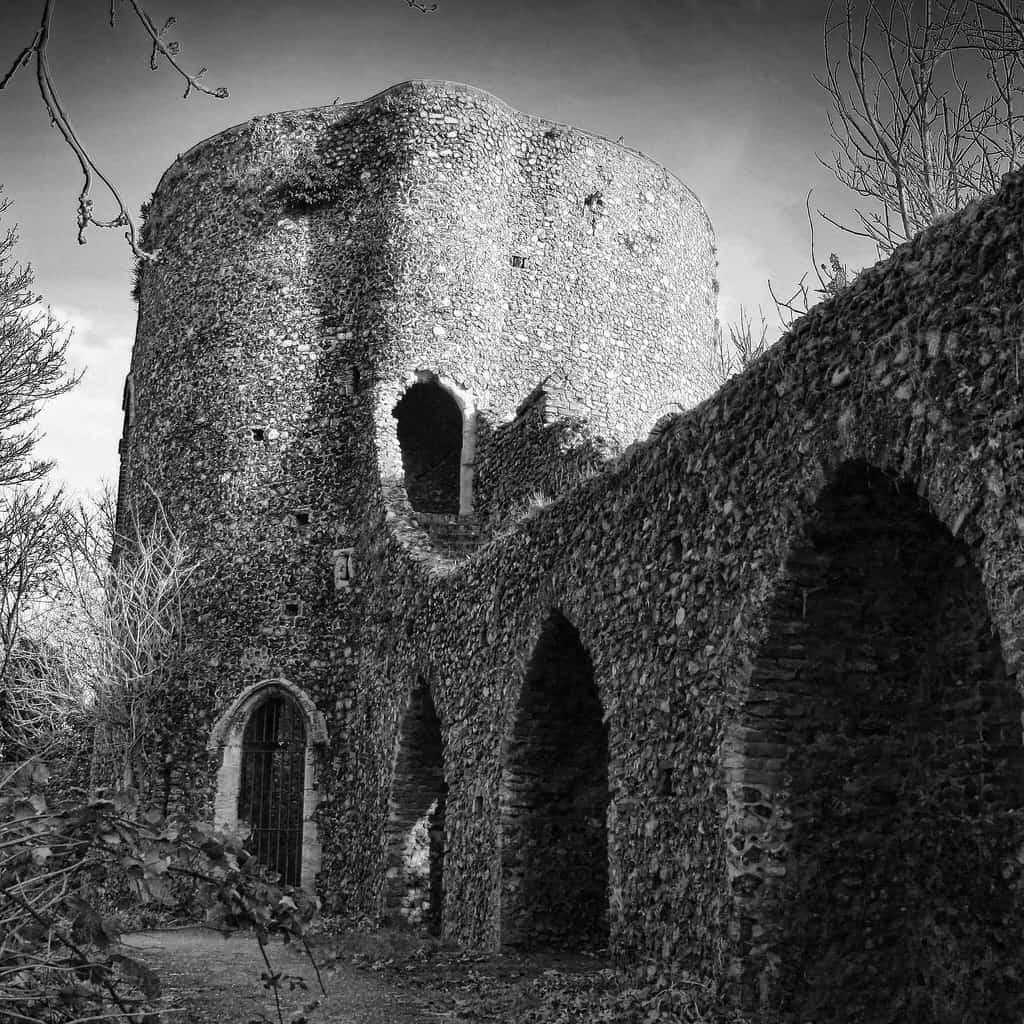 I’ve been wandering around staring at flint in various forms for years. This is Norfolk after all it’s ubiquitous and unavoidable from pebble built fisherman’s cottages to our gazillion churches, dividing walls, farms, sheds and tumbledown shacks even flint mines and tools. Nothing makes me more tumescent than a nice bit of medieval wall, not flush work and all that posh show-offy stuff, just a bit of wall faced in flint with a flint core. I’ve always particularly had a bit of a thing for Norwich’s city wall; I’ve lived on the line of it several times, picking up bits of it from the garden, found remnants under a floor, and worked in a pub that had a dividing wall that was part of it in the cellar. Magpie print, which used to stand where nothing now does except wall and some hoardings, was one of many print shops where I used to occasionally offer bit of artwork cover when people were on holiday, it leant against it and also had a curious kitchen full of tower. Somehow on Saturday yet again I ended up staring at some near the Yarn Mill in ‘the new business quarter for Norwich’ as the Burghers of Norwich like to call it, or a ‘giant car park where some nice council flats used to be’ as I like to think of it. I do my usual willing an inanimate to somehow project images of its past onto the old history mad-eyed CRT monitor in my head, It didn’t work as you usual, so I’ll end up reading about it and stuff instead. All I did get was sweaty, viciously attacked by brambles, chased by a wasp and stared at by a bored car park attendant. The thing with our city walls is we all seem to forget they’re there, sitting as they do just there, they’re kind of lost in plain site, part of the fabric and texture of our everyday life.

What my brief cavorting with wasps and parking attendants did do was make me remember some old words I wrote about the walls and made me dig it out and start putting it here, the first of which is below. There will be a few of these, gradually being added probably in no particular order, some of the older photos need reshooting because they’re a bit crap but I’ll get there eventually in the usual jerky but thrilling installments, I’ll also sort out a nice map, I like maps and like drawing them.

The City Walls were basically built over a previous defensive bank and ditch which was constructed in the mid thirteenth century; the walls were largely put on top of that bank. Mostly financed by the church and private money; primarily from merchants to protect the city and their interests from those sons of elderberry smelling hamsters, the French, who were a very likely threat. This included Richard Spink who it appears had a fortune to bury in it, including armaments and finishing gates off that hadn’t been. By 1320 the job was more or less complete. The walls were in place reaching seven metres or 22 foot to the crenelated parapet wall, a walkway ran the entire length on the inside. The walls were nearly two metre or 7 feet thick at their densest point, there are twelve gates, arguably three water gates or boom points as well and a fortified bridge where the wall didn’t run as the river provided protection enough, inside the wall was an alley that ran the entire length and outside a broad and deep ditch that would have made the whole thing look even more impressive. Towers, some of which still survive where dotted along the length. The whole thing was bristling with arrow slits and catapults and would have been locked at night. It also had a handy extra reason-to-be; it enabled better collection of taxes by anyone heading into the city. It contained about a square mile of land, at the time that made it larger than London’s walled city in extent and to this day is possibly one of the best examples of a walled city where the walls haven’t been replaced and repaired to a point where they are are a facsimile, ours are generally although not entirely the real deal.

The wall is woven into the city’s story from then on, it’s seen love in the arches, fights, murders, death and taxes, people have been hung, riots and revolts have been held and broken through, it fell into disuse, was damaged, built against and the gates demolished, as recently as the 1960s we were still messing about knocking bits down. As we move along each chunk that remains, I’ll try and outline some of the pieces of life that are meshed into it, the smaller stories that make up the whole.

To wet your whistle I’ll start at Black Tower or Boteliers or Butlers tower in Bracondale. I think this was also called Snuff tower as well, but then I’ve been called lots of things and I’m only in my forties, this is 700-ish. You can walk round it with ease and it’s worth it, exceptionally complete in many ways. I would very much like to go into the cool green of the tower itself, but you can’t, because it’s got a daft gate on it, which presumably stops rough sleepers, street drinkers and drug addicts from messing up the weed and rubbish strewn interior or disturbing the brazillions of pigeons who live in it, it’s a pity really, there’s nothing much better than touching a bit of history, even if you need to wear surgical gloves to stop psittacosis.

I particularly like the fact that you can see the platform/walkway and an entry point into the tower from it, complete with one crenelation and the long run of surviving arches, which soldiers would have huddled in out of the drizzle to not have a fag, because smoking hadn’t been imported, I suspect on a cold night they wouldn’t have had a baked potato either as they hadn’t been invented yet. Or cocoa or lager. Maybe they quaffed some small beer a packet of broad beans and a boiled turnip while grumbling about the boss making them sharpen staves all day.

One of the more complete sections, this area appears to have not been routinely built against over the last 700 years, so it’s in quite good condition and nicely hidden up in quite verdant woodland with nice views across the valley and the city. 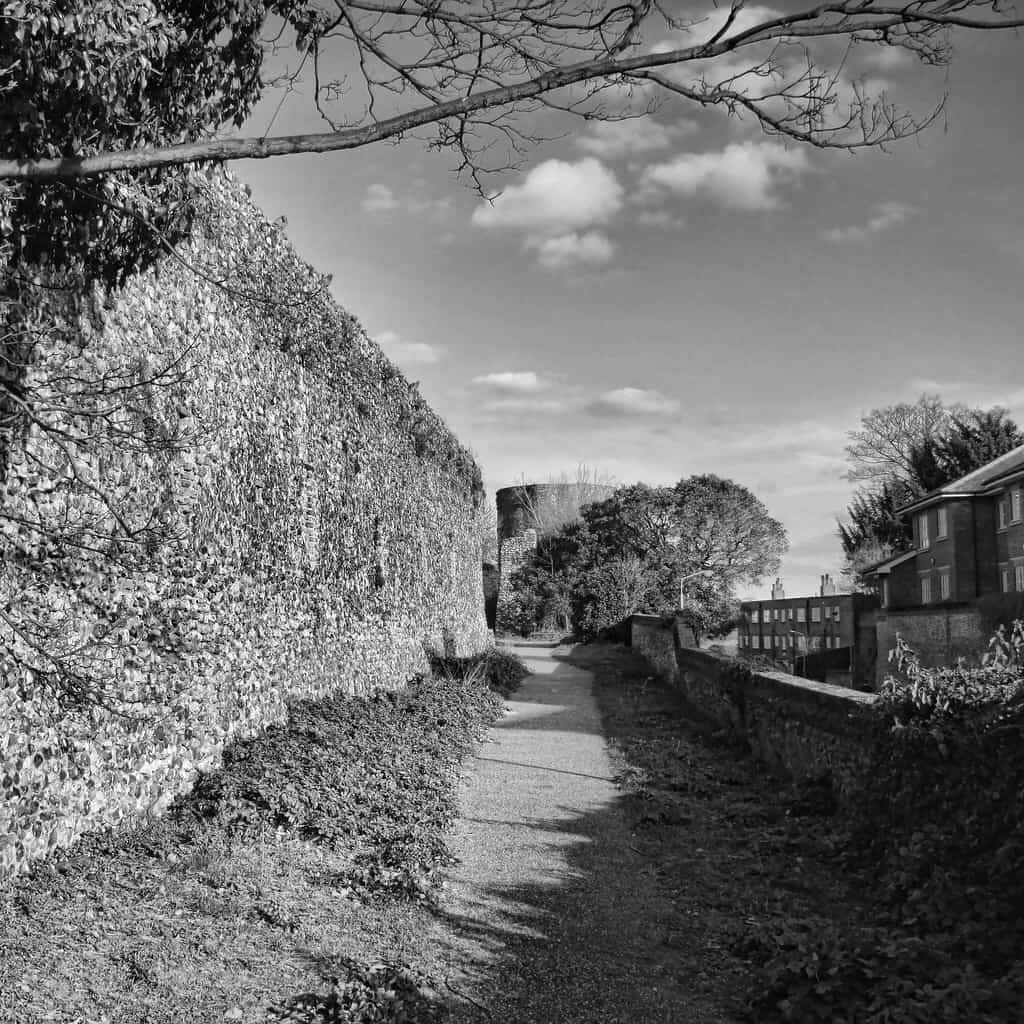 The posh side. quite intact bit of wall, shows how tall it was though, I mean you could fling quite a lot at it, Although most of the sacking had been done by the time we finally built the bloody thing. Interesting to note the earliest traces of defensive ditches have been found in the vicinity of Anglia Square car parks, the ones at the back of it, presumably the Anglo Saxons were trying to repel a huge attack by various Norman discount stores and Viking ‘less-than-a-krona’ shops. 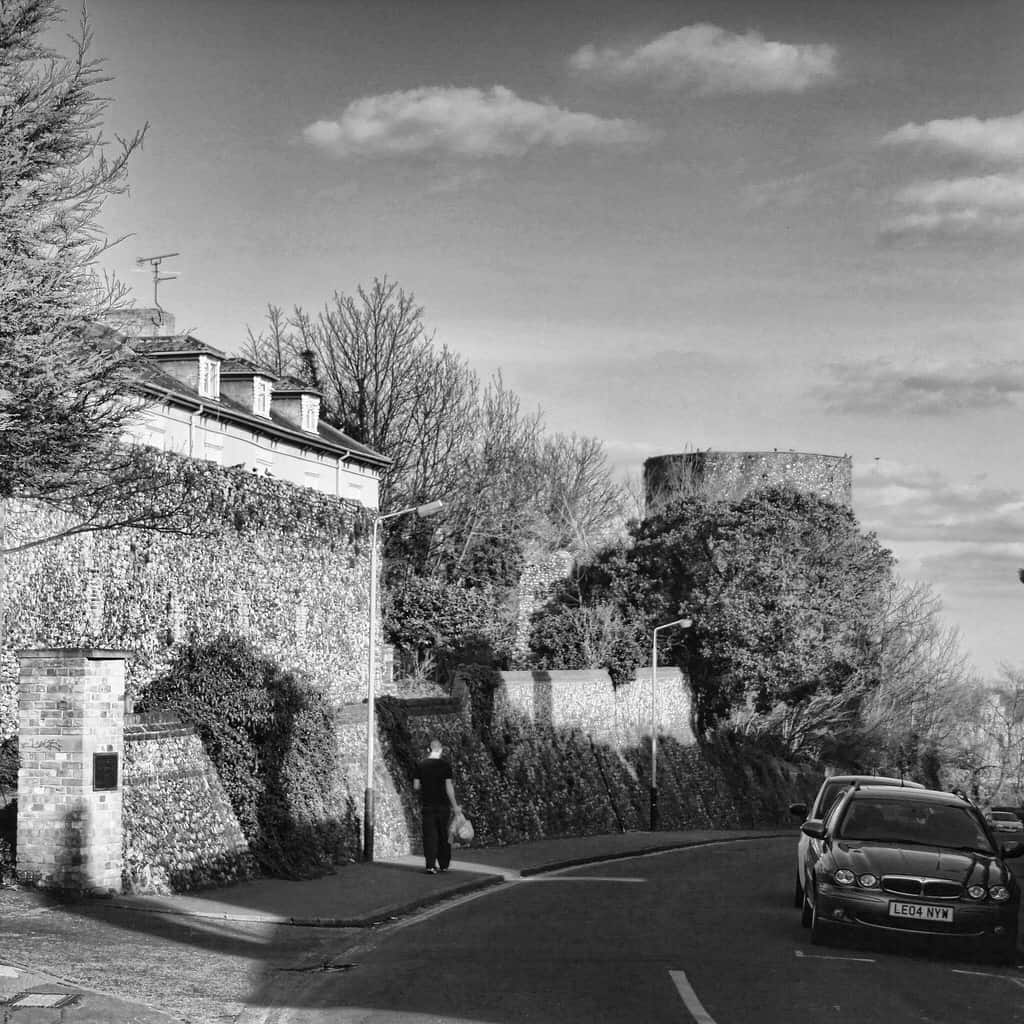 For scale you can see how high this section stands compared to the bloke, it’s a fair old drop. I mean you could fling a cow over it, but a pogo stick isn’t going to scare the burghers of Norwich much. This area suffered a bit during one of the very early raids of the Second World War, a bomb landed very near the towers. 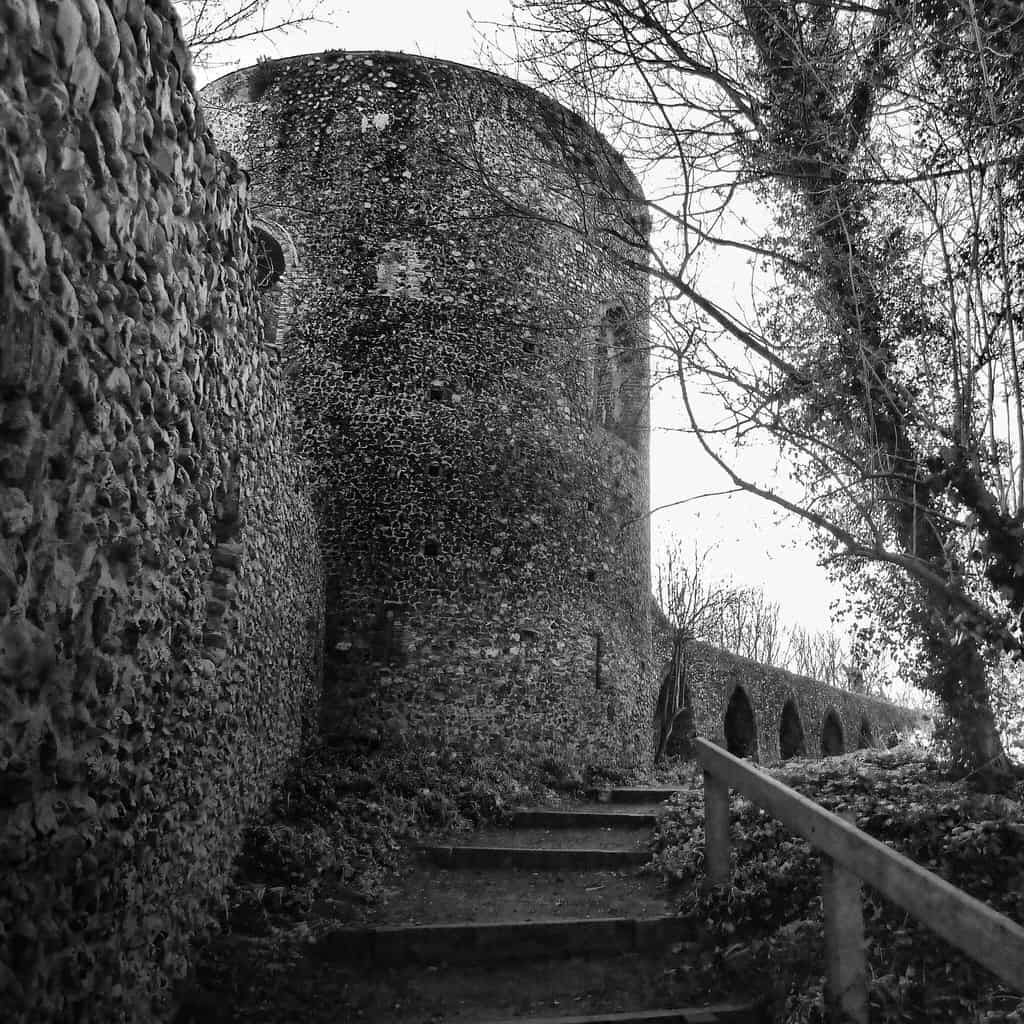