The now redundant HMSO building, Sovereign House in Anglia Square Norwich North. This was shot from the first floor of what would have been a two storey ‘Mall’ or shopping centre as we called them before America snuck in under a veil of capitalist freedom and deemed to give them a slightly more marketable name. So I’m standing in the car park area that’s since I think been fenced off to stop the itinerant skateboard crew from having any fun or breaking a limb by falling off the roof. The gulls that have run out of herring and dabs and survive on bounty of landfill and chips that live here and the clouds that don’t did this and for a few seconds the drab Bismark of a building is transformed into something lovely and intense like our own little Gotham.  Had the powers that be ever finished building it  I’d be standing behind a second row of shops in something that would probably look even more like a slice of Mega City one that it does, no judges round here just the odd security guard. There are various clues to the missing floor on the car park level, marks that indicate floor-spaces of shops and doorways that exit the 1960s and go nowhere further forward than that, fossilised in concrete, suspended nowhere.

The whole area is pretty brutal in feel; Sovereign House (Architect: Alan Cooke Associates) dominates the city as you approach from either Cromer, Aylsham or Fakenham like a nuclear reactor or a battleship sinking into the horizon. It is of course on it’s way out, and has been earmarked for demolition for nearly 10 years; successive developers and management companies have bought Anglia Square, plans have been drawn up to convert it into something more coherent, odd as it was probably at it’s most coherent when it was a street with a few businesses and shops on it, before Captain Scarlet and the Thunderbirds emptied themselves into the national psyche.

Gildengate House sits nearby like a giant hollowed out brick, remediated by being used as a sort of Artists’ studio layer cake for the last few years. When it was built was probably the last time the word “oblong” was used without somebody giggling and saying “rectangle” under their breath. It is a series of oblongs joined together with mortar, and bad windows. If you get up really close, you can hear the ghosts of the building contractors chuckling quietly to themselves. In Dante’s inferno, there’s a special Canto for 60’s architects, I’d like to think it has something to do with counting money and emperors new clothes, but I’m sure it is actually more to do with symbols of hope and a new future, it’s easy to sneer when your only real viewpoint is something now with 50 years worth of bird shit stuck to it.

I’ve got mixed feelings about the whole complex; my dad worked here after he left the RAF, we relocated to the Mile Cross in 1968 and then moved out into North Norfolk in 1970, he commuted to Sovereign House until 1979 when he retired from his job as a bean-counter. Anglia Square and Sovereign House live large in my mind from the 1970s, it always featured in visits to Norwich when I was a child, We’d quite often park in his allocated space at St Augustine’s Swiiming Pool Car Park and go shopping via Anglia Square, or we’d come shopping in Magdalen Street and go to the Castle Museum or the Bridewell or Strangers Hall, maybe the Noverre or the ABC and go and meet him outside, watching him coming down the spiral stairs next to the flyover, fag in mouth below his grey moustache, cap pulled down over his oiled back hair, the rigid tie and pressed trousers of a man who’d spent years spitting and polishing in the forces. When he left he was given a pair of binoculars and that was the end of his working life. Four years later the fags and bacon got him and I got the bins.

In 2012 by arrangement with the management company a group of us; a mixture of social historians and photographers were allowed access to the building twice once on a recce and a second time with a guide Reg Walker, the spritely amiable head honcho at HMSOldies, So we toured the inside of what is now basically a ruin and were given a fairly comprensive rundown of what each bit did and who was where doing what; from the tiled old entryway through the bar and up through the rubble and shattered remains of offices, past open lift doors and messaging systems, heating rooms and studios all damaged by vandals and nature’s incremental creep. Carpets of moss and grass grow on the East wing carpets as water has infiltrated through from the cracked roof. There’s firearms damage and empty cartridge cases, Smoke grenade pins, doors off their hinges from Police training, upturned chairs, desks and papers everywhere, walls with holes in big enough to step through.

The cafeteria on the top floor a series of puddles and dead pigeons with extractor fans rattling in the wind. You alternate between light and darkness as you walk. The climate controlled computer rooms have obviously housed a few people judging by the discarded tins and the smell. The cellars which still house the state of the art electronic filing system contain a shallow lake and endless sheets of paper in the dripping darkness. It’s a strange old place; when you hear Reg list the names of who worked here, who sat where, who filled in orders and sent papers up and down the dumb waiters, describe the hustle and bustle of the place, the trips to the Sovereign Pub on the corner of Cherry Lane (more recently Richer Sounds) or the Plasterers for a few pints and cheap curry at lunchtime it’s kind of sad that the hulk and it’s memory are dissipating. By far the strangest moment for me was standing in my dad’s old office, now without any internal walls the carpet covered in fragments of plasterboard, looking out across the flyover at a drizzly city as he would have done.

You can view more photographs of the inside here.

Chris From Hidden Norfolk made two films about the visit which are here. 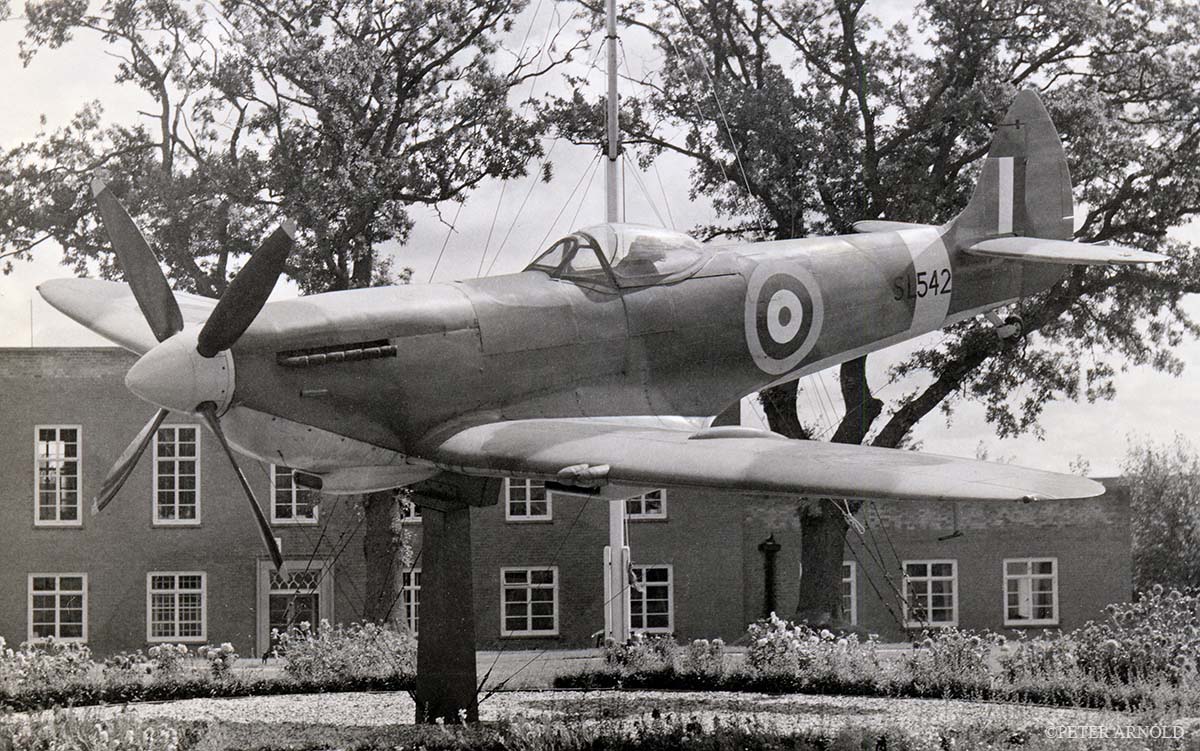 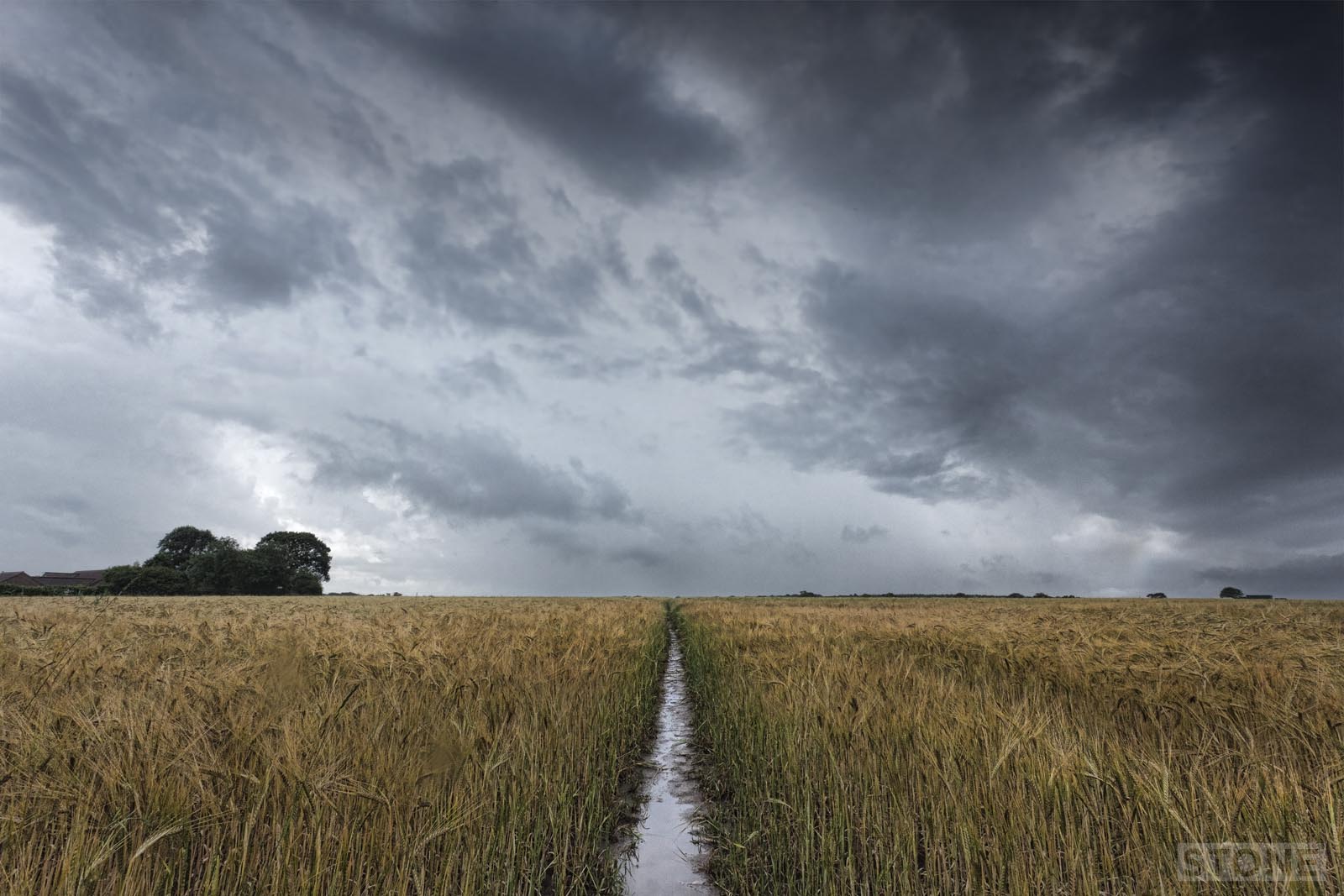 Lost in a Landscape: North Walsham – The revolt