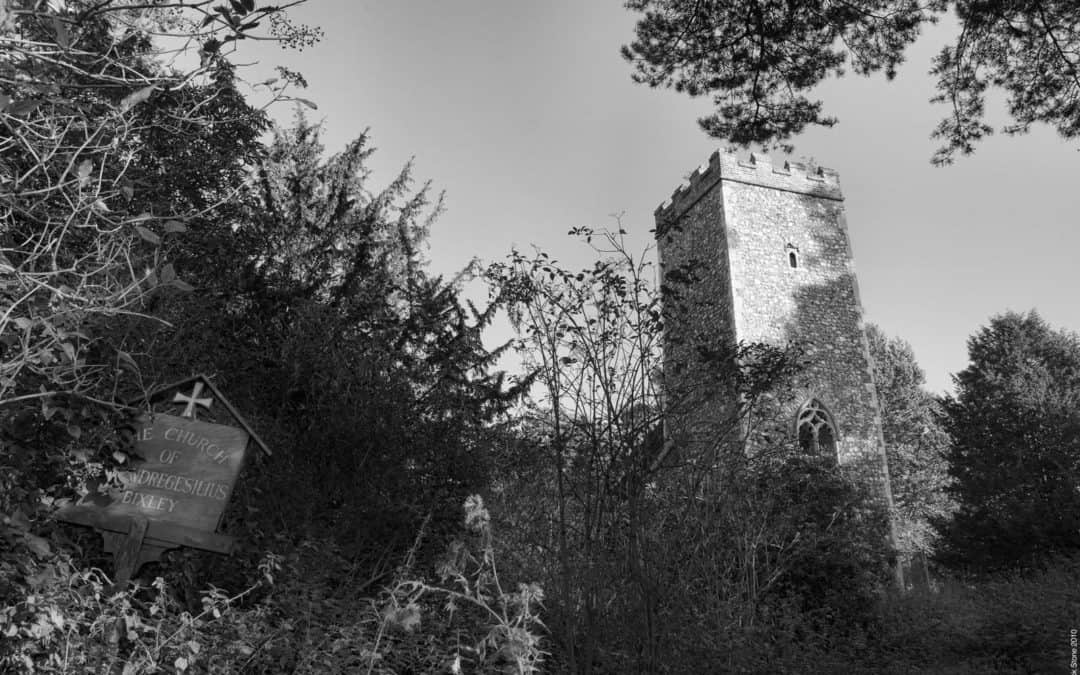 Bixley barely exists as a place, not far from the A146, it is now largely a track to a church which until relatively recently served the rural surroundings and a diminishing population. The last human connections are the graveyard and the landscape itself which still contains 3D echoes of what was once here.

The site of the village is about three miles south of Norwich, nestled up in the elbow between the B1332 and that A146. Very close to Arminghall. The church itself is interesting as it has the very long and unusual saints name Wandregesilius, a 7th century French Saxon Saint the only one named as such in Britain, presumably because like me nobody could spell it the same way twice. There is more detail on the church itself on Simon Knott’s Norfolk churches website) The site looks to have been built over a possible Saxon minster. The original small medieval chapel was on the pilgrim route, containing a once important statue of the saint that would have attracted pilgrims, this was destroyed in the 16th century. The only remaining 13th Century original-ish bit is the tower body, the rest was replaced over the top of the previous chapel in the 1860s. In 2004, someone, an idiot presumably, set fire to it. It certainly appears that it went up like a torch. A sad but perhaps slightly fitting end for a church that presides over basically a few hollow ways and some very vague housing platforms in the pastures that butt up to it and scattered farms. 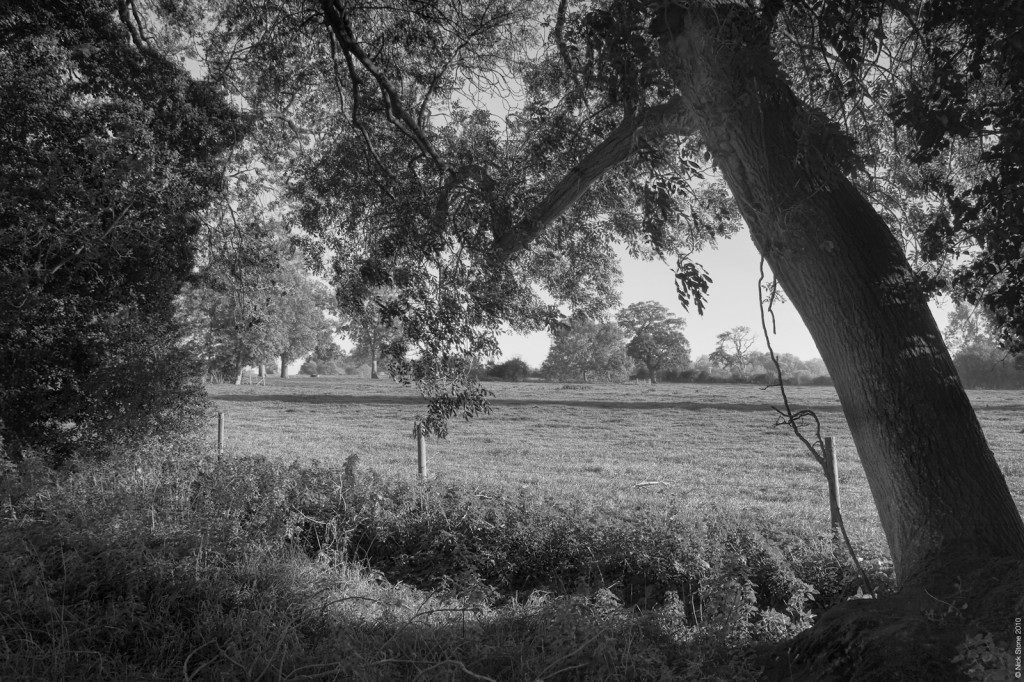 This is a DMV site, one of a pair with Belhawe, or three if you include shrunken Arminghall itself, which features some very appealing crop marks and hollow ways itself. The site has been surveyed by EEAU (EAA 14), and I have some notes by Alan Davison (not the foppish socialist one, the geography teacher and archeologist), and a few bits and bobs gleaned from the net, but apart from that I don’t seem to be able to find out much apart from what is visible, there is quite a lot of surface detail in the pastures and some road lines in the hedges, and what looks like a pond depression in a ploughed field, on giving myself eyestrain staring at googlemaps, There have been various finds, given the proximity to Venta Icenorum, you might expect a bit of everything, but there’s little Roman and much more medieval. The main thing is it is entirely possible to make out masses of surface detail in the field, both in online mapping and more particularly in the real world, this always makes my mind run and I like that. 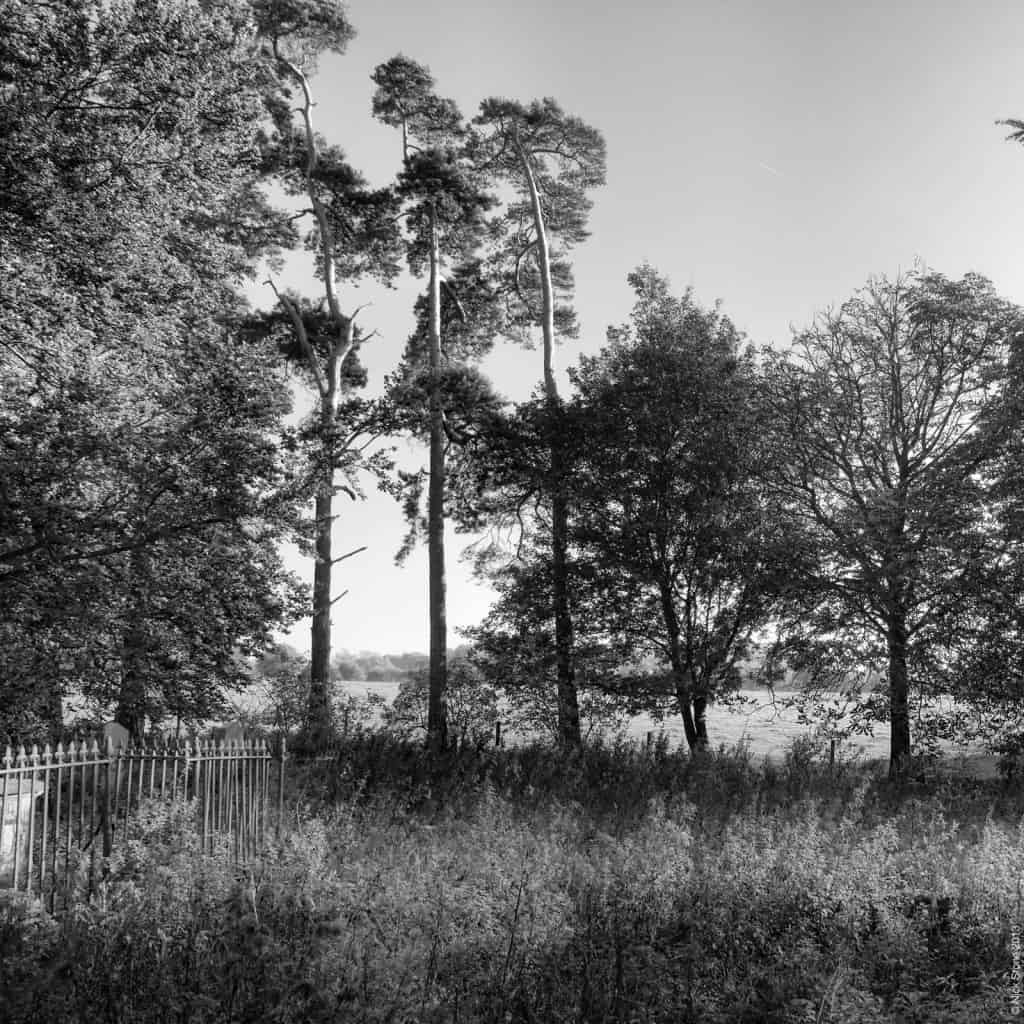 Behind the church there are two fairly obvious hollow ways; old trackways between housing platforms; both parallel to the church yard, running North South and East West. You can’t see them in the photos as there’s trees in the way plus I’d been nettle stung to the armpits by this point and didn’t venture of to the edge to shoot any more. The East field (second photo) also contains a really nice hollow way, this runs parallel to the church from North to South in the pasture, the track line is visible on aerial photos and reappears on ploughed arable land on the other side of the hedge and you can clearly see it as a grey shadow line in the field in the photo below.

The one final thing I’d note on the site is, how aware I suddenly felt that I was in an ancient landscape, Arminghall woodhenge is only a mile away, along with remains of a moated house, a triple barrow is over towards the main road, ploughed in now, and on the other side of the B road are some very enticing looking field marks. There is very much a sense of lives passed and a lot of time. Parking is pretty much impossible as the road is narrow, cycles or feet advised, also there’s lots of nettles, so don’t go there in just your speedos. 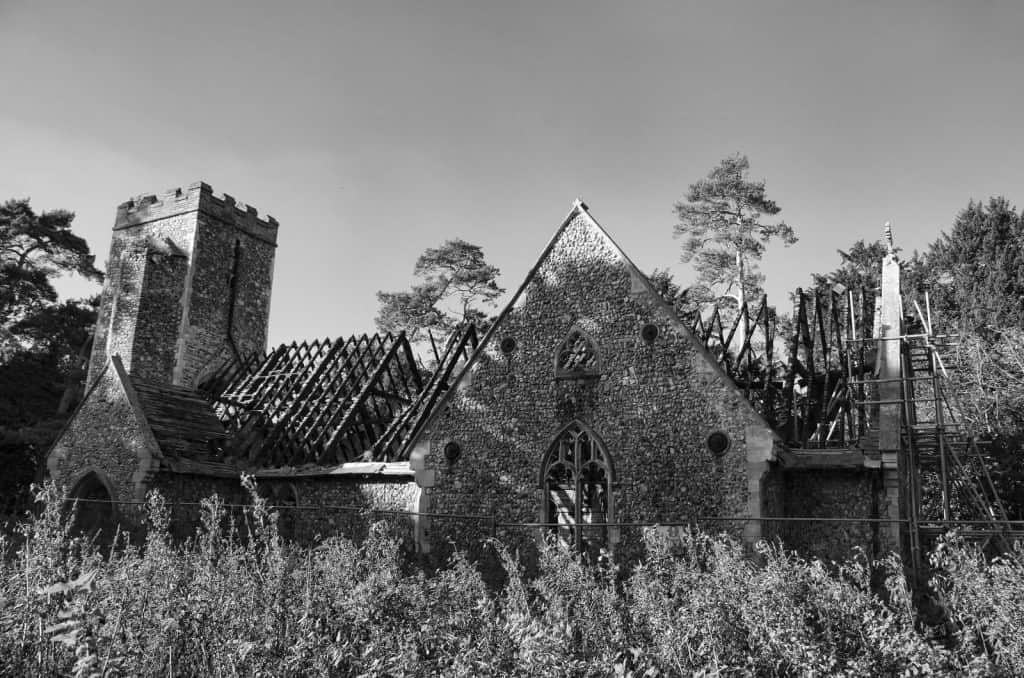 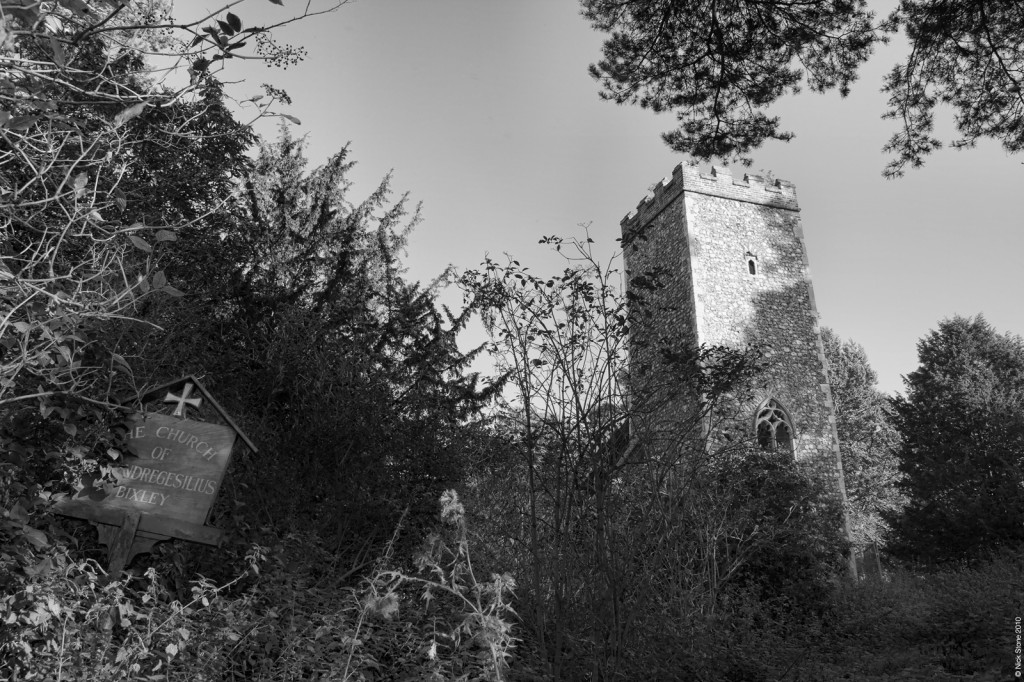