Brighton, before the fall 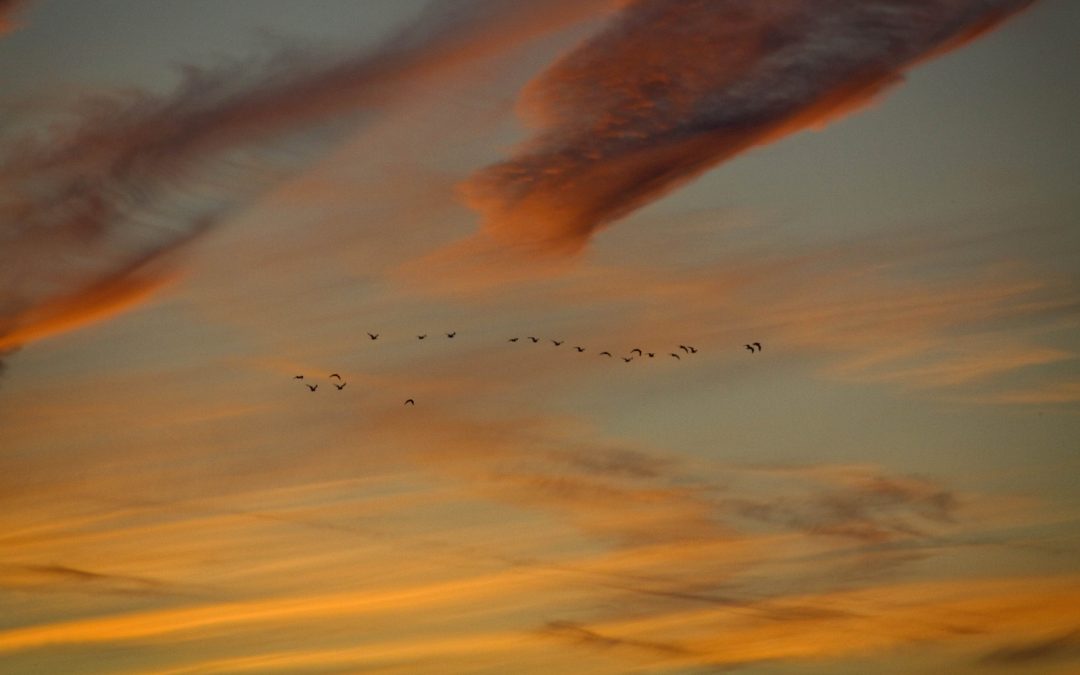 When I was a kid and on into my teens I used to dream about the stars moving. I mean, I know they are actually moving, but then I could see them in 3D shifting and jittering, I could see the satellites and spacecraft in amongst them like an animated model right there all around me. It was fascinating and somehow frightening in equal measure – like a useless superpower. I’d always wake up hollowed out by it, empty because it wasn’t real and simultaneously glad that I couldn’t really see this model of our immediacy and space in front of me all the time with all the detail, the things moving too fast to work out what they were or suddenly moving at a right angle and flipping out of my range of sight.

I didn’t expect the world to suddenly become that dream, to be this exploded diagram, something i once had a vague grasp of that suddenly I don’t really understand anymore. Something so huge has snuck up on us and shifted our understanding of what is safe and what isn’t, and well everything; how we occupy ourselves in a space, who we can relate to, whether we can go out, whether we can earn any money. Even whether the fripperies are permitted; is it okay to rock up at Spar at 10.50pm and buy a a bottle of scotch flavoured vodka and hastily top up the Rizla collection, is that delivery man too close? Do I apologise for not being near you when we talk in the street? Everything now has a new texture, a different behavioural codex as a container.

I don’t really write much these days, various things have bothered me too much, and it just broke off somehow like a worn key in a lock, the way the words worked stuck outside the door, I know they’re there but it’s like hearing music you recognise through a wall. It has been strange not writing, losing the rhythm of it all for so long. And here I am drilling it out, bleeding on the swarf again trying to open that door, wondering how well this thing will handle.

We went to Brighton, a long weekend, one of the longest. It fell smack on its face right in the middle of the Ides of March, in the year of our lord 2020, and what a fucking carnival shitshow year this has been. This was basically a treat and a break from the worries about my work, the slow shutdown of systems, punters suddenly not wanting that commission they’d talked about, plugs pulled, hold onto that for now, whole big contracts suddenly cancelled, folded up, put away in chest and sunk in oceans of doubt. Simultaneously my other half’s job at the hospital had started to change gear, everything shifted up; the department moved into a new space, redistributing the wealth of people, more work, different work, more risks, same money, same hours, little information dripping down to the workplace floor. Everything fluid and here she is, already exhausted before this has even really kicked off.

We ran away, hid from the seemingly endless grind of news, just so much fucking news, blood-filled rivulets of the stuff pouring down everything.

It is at least a reasonably straight drive, leave home, pull on to the A11, pound along roundabout dodging to the head of the M11 then hit the M25. Pass over the extortion-racket based crossing in the middle, and the sweep to the south east terminating in a cheap purple hotel perched above a Poundland complete with those nice mattresses they try and sell you while you’re there. The lobby is confusingly upstairs and very automated, it smells of cleaning fluid with a faint undertone of beer and old roasts. The hall carpets worn beneath your feet as you click through the interminable number of card-activated fire doors, trying each time to not touch the door handle, and don’t touch your face. The room is clean, hermetically-sealed windows and air-conditioning to dry your skin and any tears, lots of soap for washing as often as you can, and unused copy of the bible on the bedside cabinet like a evangelical echo from someone else’s past prayers, oh Lord, please just make it normal again.

I’m won’t say too much about what we did because it became neither here nor there fairly quickly, this whole thing is about how it felt; being somewhere away from home, as the country was starting its slow descent into the phoney-lockdown, the incoherent semi-state where our libertarian populist nonsense of a government was already failing us (again) and preparing to murder people by doing nothing – putting economics in front of lives. Anyway, the whole thing has lodged itself in my mind like a surreal wedge painted by Hieronymous Bosch, a new interpretation of damnation nobody has seen from just before time was suspended, And here we are, all sitting, leg’s dangling over the edge of black hole, unsure who will fall from this awful malfunctioning seaside ride.

The whole of Brighton felt febrile, somehow different from the Brighton we usually visit, a veneer of Brighton over a shadow version – like a last gasp. Itwas something I couldn’t really capture it in pictures because Brighton always looks like Brighton, but it seemed like a ghost of itself. We dumped our cases and had a cup of tea laced with that weird white stuff hotel chains pretend is milk, sat in the hotel room for 15 minutes catching ourselves. Then we walked down to the front and headed west towards Hove to go and look at the curves of Embassy Court and the pomp of The Grand were Sting hung about like a monstrous tosser in Quadrophenia. We stood awhile and watched the sun reflecting off the sea in that odd way we just don’t really get on the east coast, everything lit up a brighter crystalline blue-white by the refracted sun, the colours more intense than I’m used to on our afternoon shoreline where our amusements yellow under our hard east facing shadow of soft cliffs.

Distancing had started, some people taking it seriously, spacing themselves between the doughnut and coffee stands, others in groups straggling across the prom, brushing past too close, squeezing through gaps. The smell of fags and frying, weed and vinegar, the soft cloying fragrances of heated sugar and hairspray, piss and expensive aftershave in the eddying but thinning mass.

The evening though was the strangest bit, there were people, a gaggle of hens, with sashes and penis hats, Men with t-shirts with ‘I’m with the groom’ and ‘I’m the best man’ set in Hobo at a jaunty angle, you’re really not the best man mate, is that sick on your trousers? They are all fairly resolutely drunk, leaning on each other. Outside an off-license, someone else a bit the worse for wear asks me for a light for an already lit cigarette, then looks confused when I point it out. There were three men dressed as gnomes, shivering slightly in the easterly which is blowing hard along the front as the sun starting its slow dipping curve as the shadows rise up to meet the carnival lights on the front.

We waited near the pier to see if the starlings would turn up and perform their occasional party trick, an aerial society on the move, dodging the unseen predator waiting above their combined mind imagining it diving in seeking out the stragglers and weak from the edges of the soft moving curve of birds. There is to be no show, no murmuration, the wind too insistent and biting, we leave, the birds had fled to another less exposed roost, buddied up, bodies touching for heat because they can do that, this isn’t an avian flu.

The gulls are very much in evidence, as the sky turns from cyan through pearl and orange to a deep blue, they all pick and head west, streamers of them. I stand and gaze up as hundreds, maybe thousands head along the front to roosts on rooftops. The calls between them loud against the already lighter traffic, the squalling and pitching of them is almost laconic. It feels like a scene from a film, like they’re escaping a wave, heading inland, I am legend, 2012 only I’m not and it’s 2020 and everything feels like it’s collapsing in on itself.

The next day the Lanes area was business as usual, an army of tattooed browsers on the move, straining and contracting, masks are starting to appear, the Asian community and tourists are ahead of the curve, already fully onboard. Some shops displaying sanitiser at the till, ‘contactless only’ signs popping up like dreary flowers heralding a death of our connection. I stared at some old watches frozen at various times after their last wind had run out. Hid myself in a corner of a large junk shop, looking at piles of overpriced records, torn quad posters and busted overpriced cameras, as predictable as ever, familiar habits in an already dying pattern of behaviours. And us all, about to be locked away, put back in our box. There was a feel of it in the air, a last gasp, the last connections being cut, the final sprawl of a few pints outside a pub, a grabbed coffee and cake. I separated off from our little group, the huge swelling mass of humanity a bit too much for me already. Wandered down some side streets and stared at blocks of flats, took a few snaps of this and that.

Later the restaurants are mostly full, some have already closed, the no contact rules permeate everything, ‘Please don’t tip cash’ signs in windows, fears of paper impregnated with RNA that might kill your nan, or mean your dad has to be put in an induced coma because he can’t breathe. We are on a slope another carnival ride, this is all downhill, and you can feel it.

We leave earlier than we intended, the news has been building into a shrieking wall, herd-immunity as a spoken policy suddenly dropped as the country descended into the unspoken whatever the hell policy it is now. The drive out on Sunday past queues already starting to form at supermarkets, the world feel fractious, like a fight is about to break out, trolleys bump and clatter, once out of town the traffic is light, and on we go back home for what feels like forever, because it might, just, be. 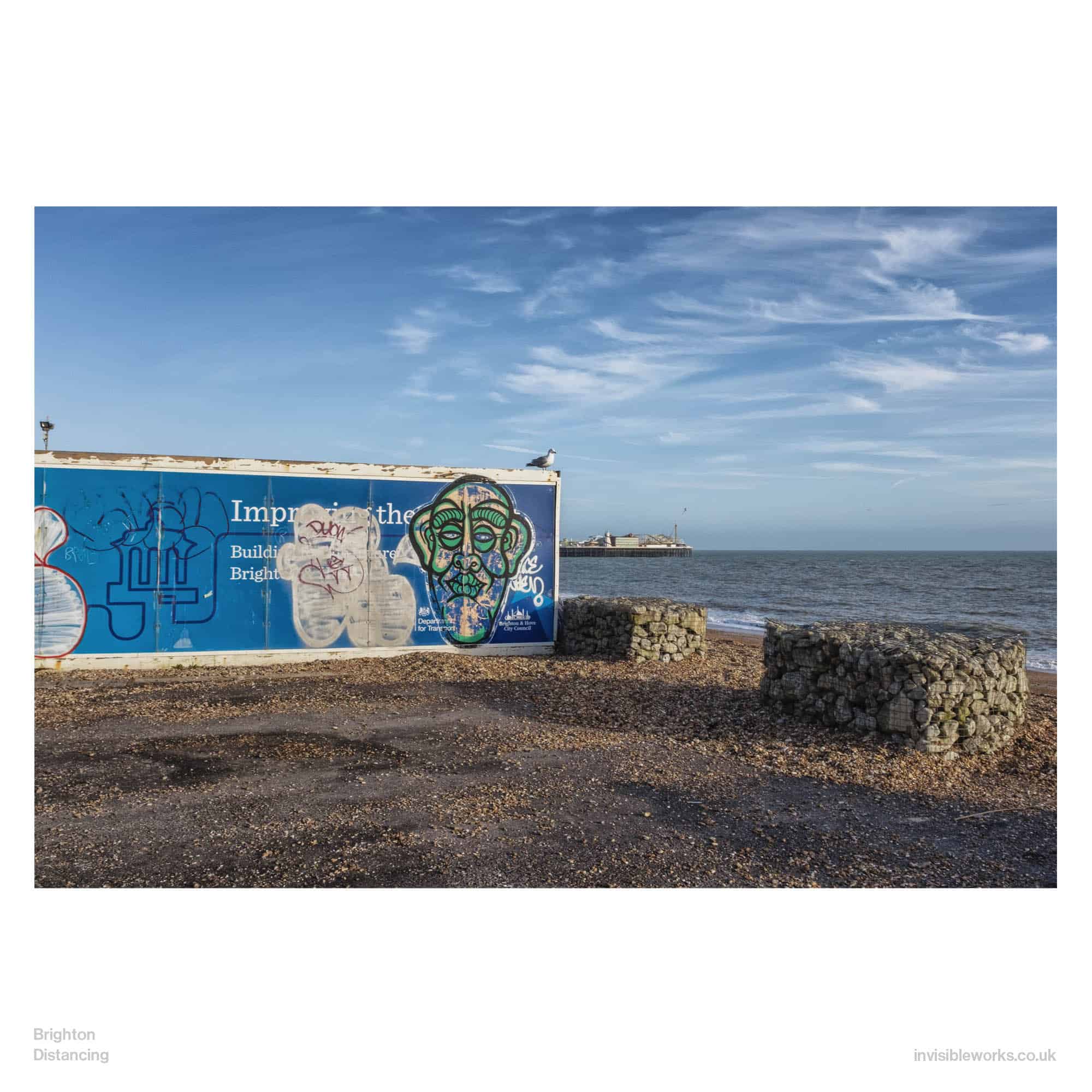 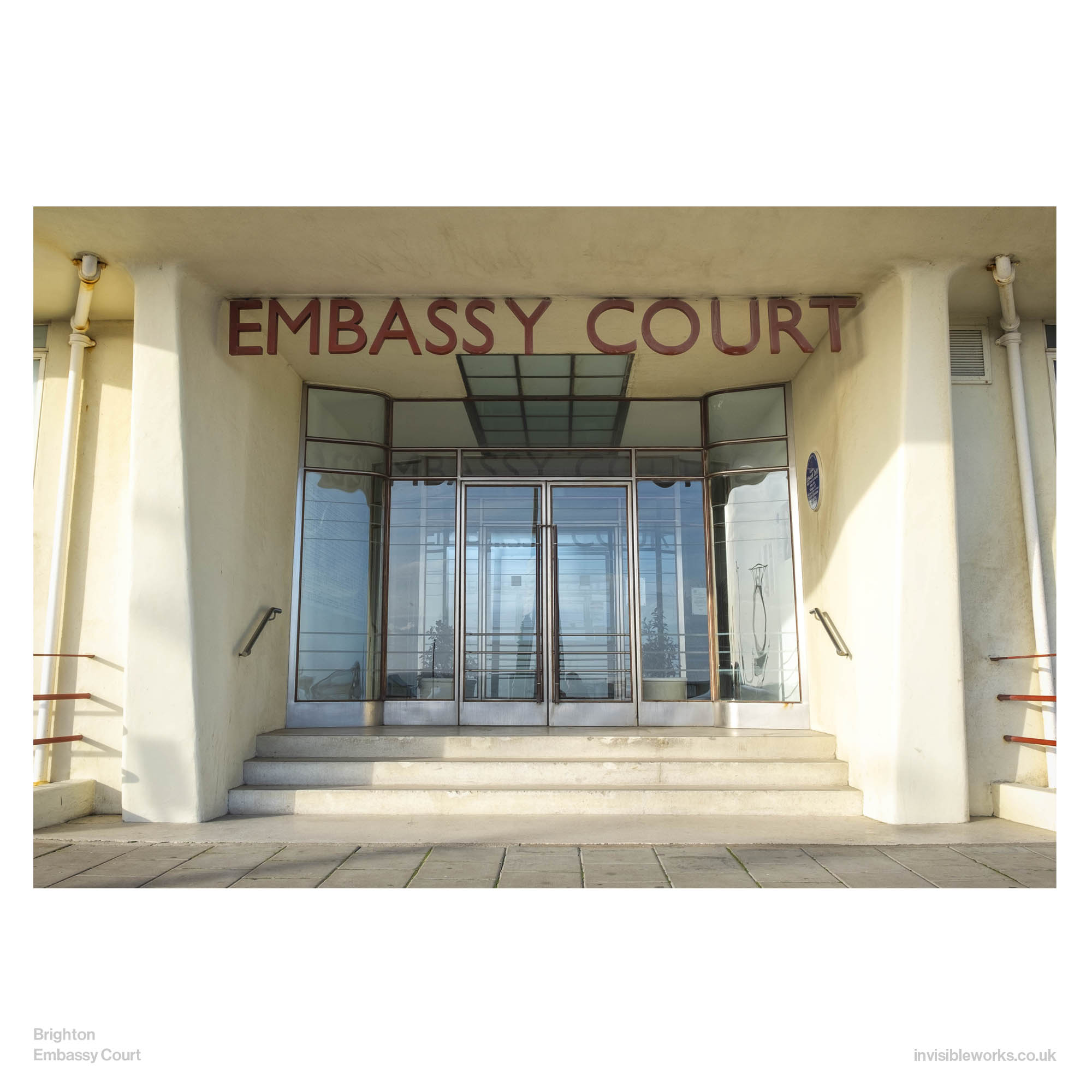 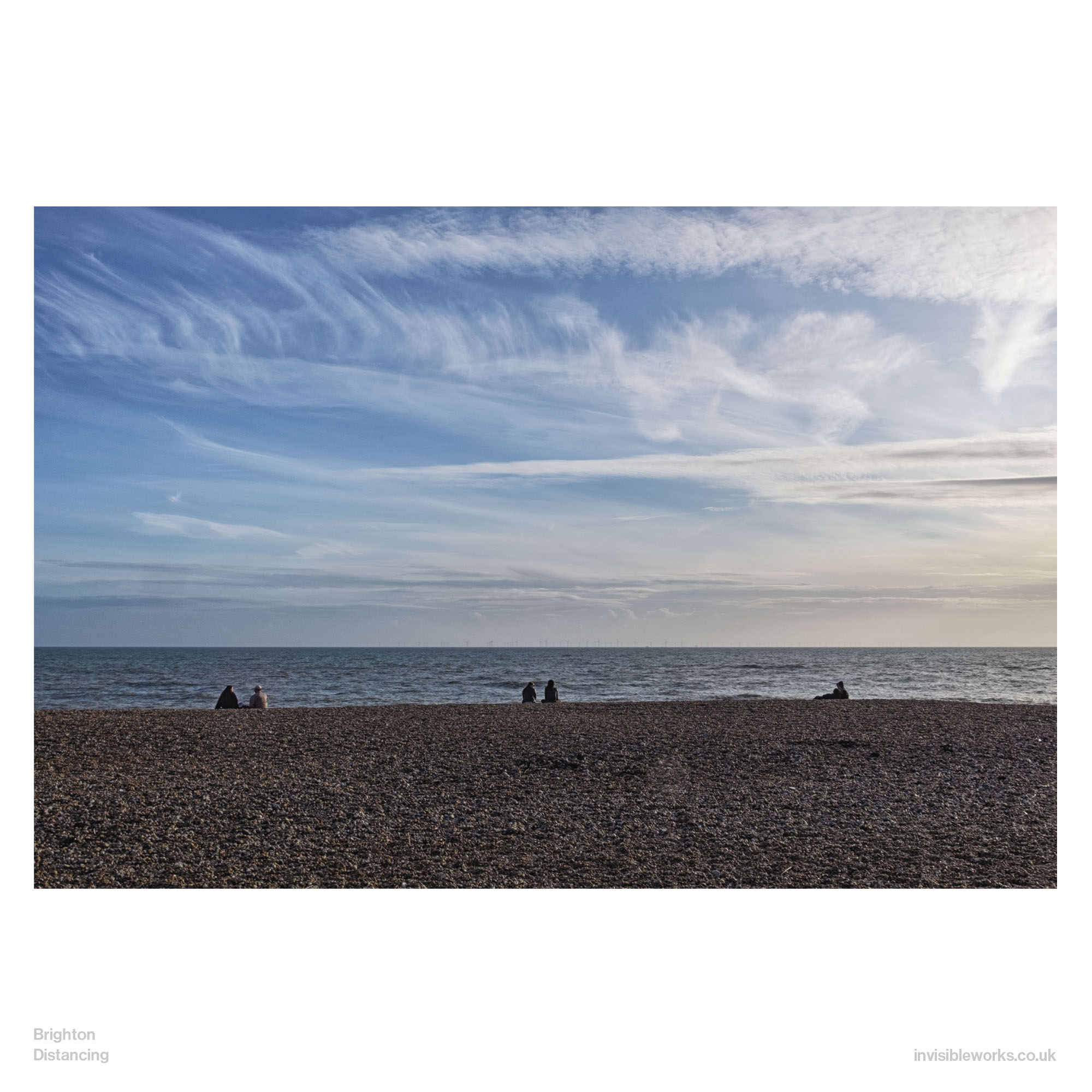 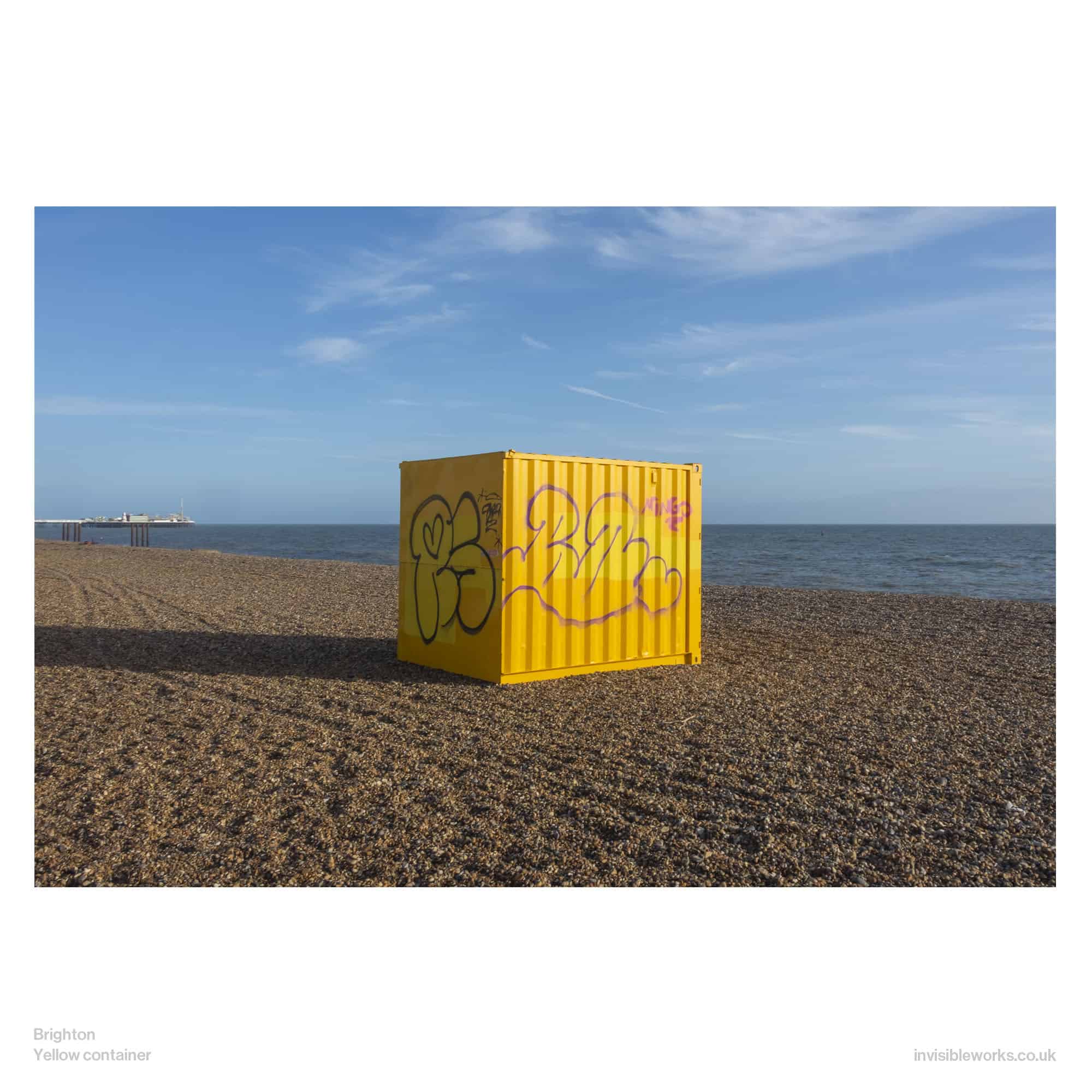 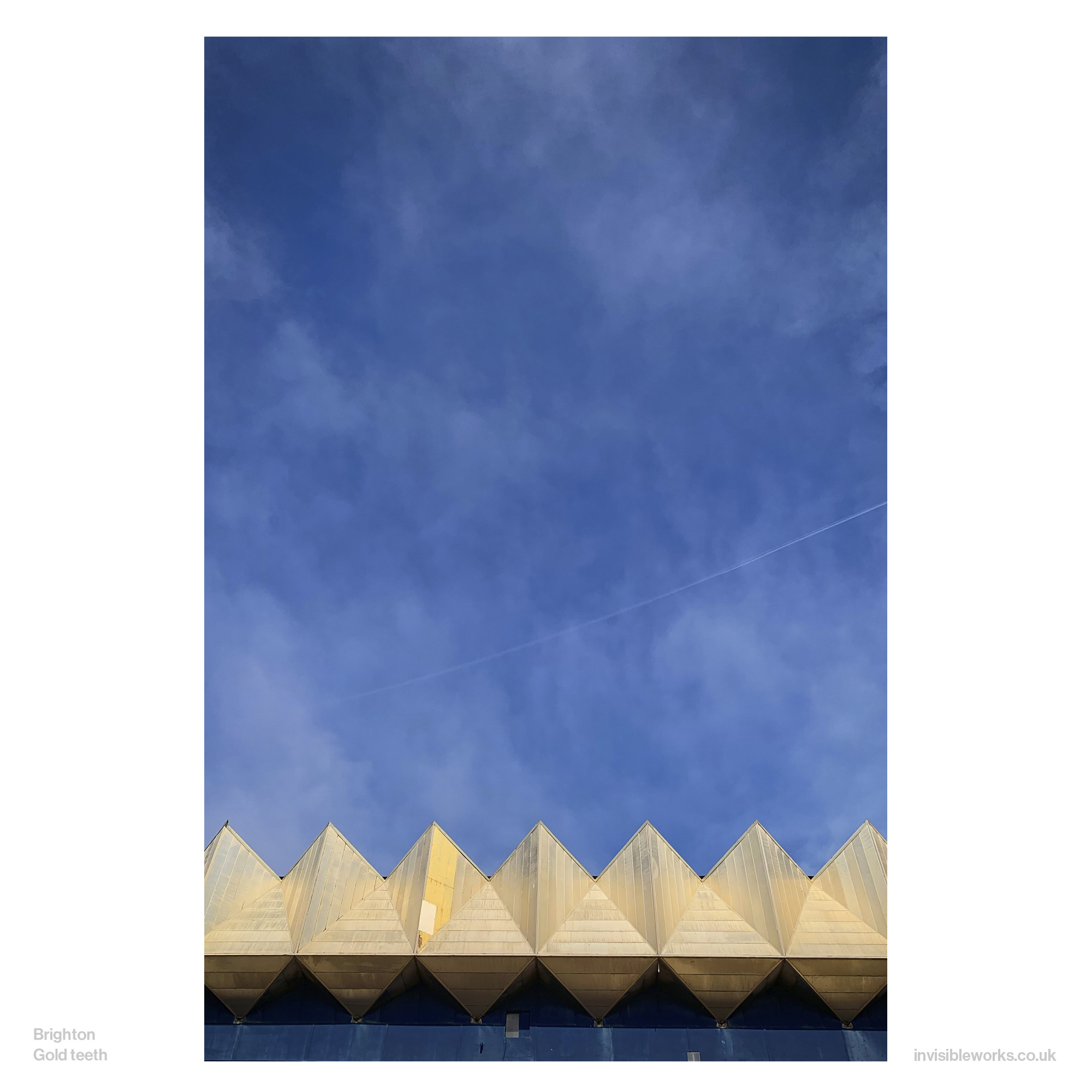 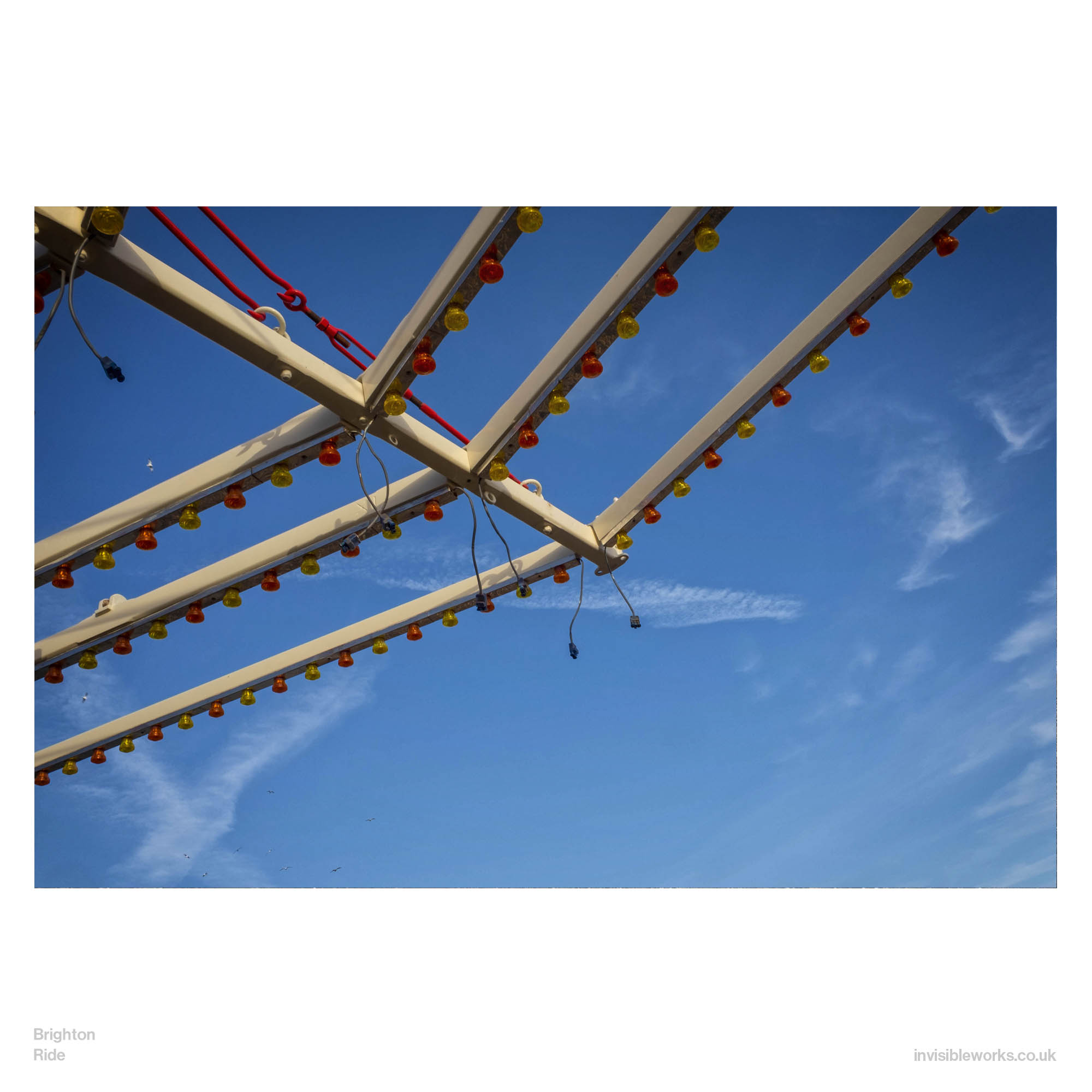 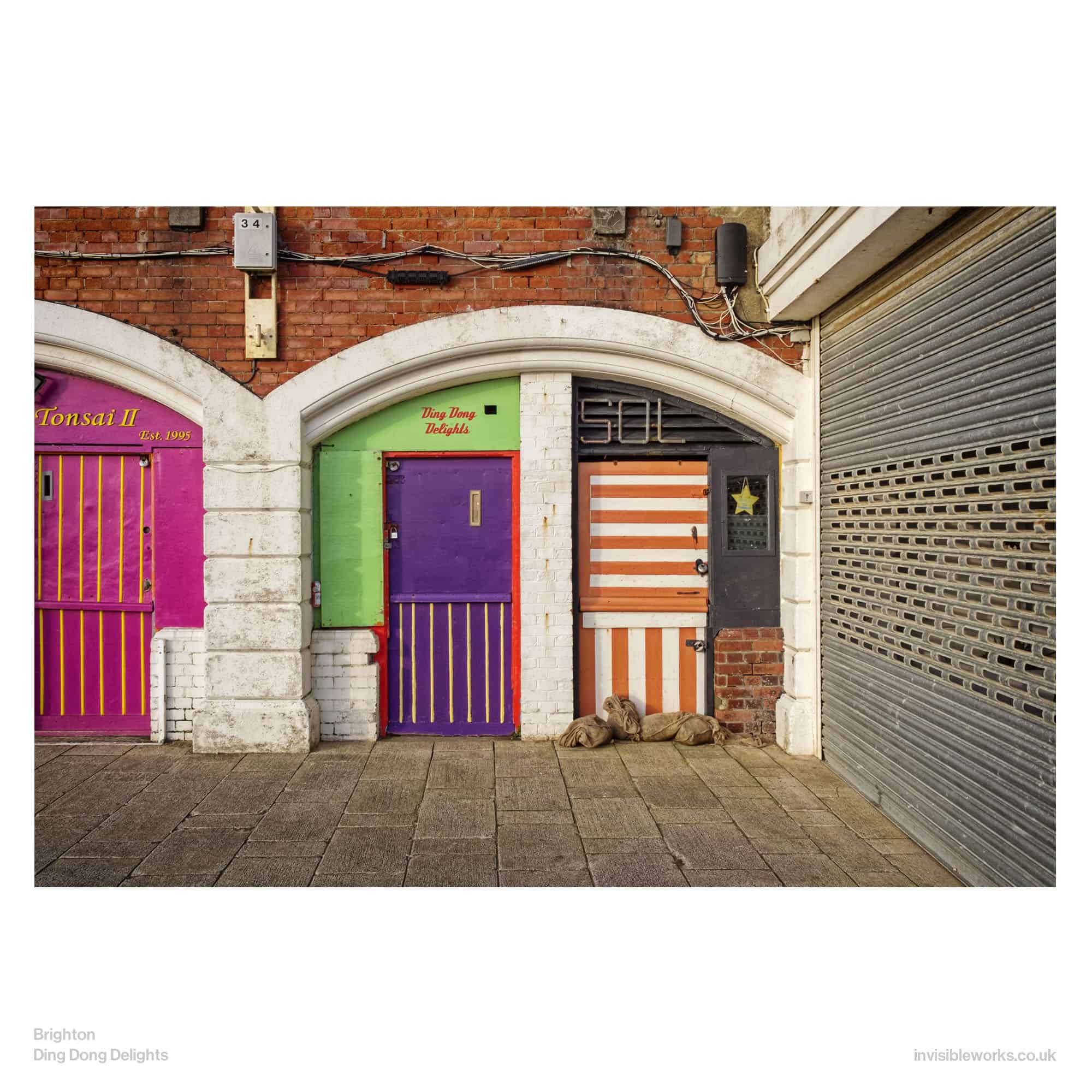 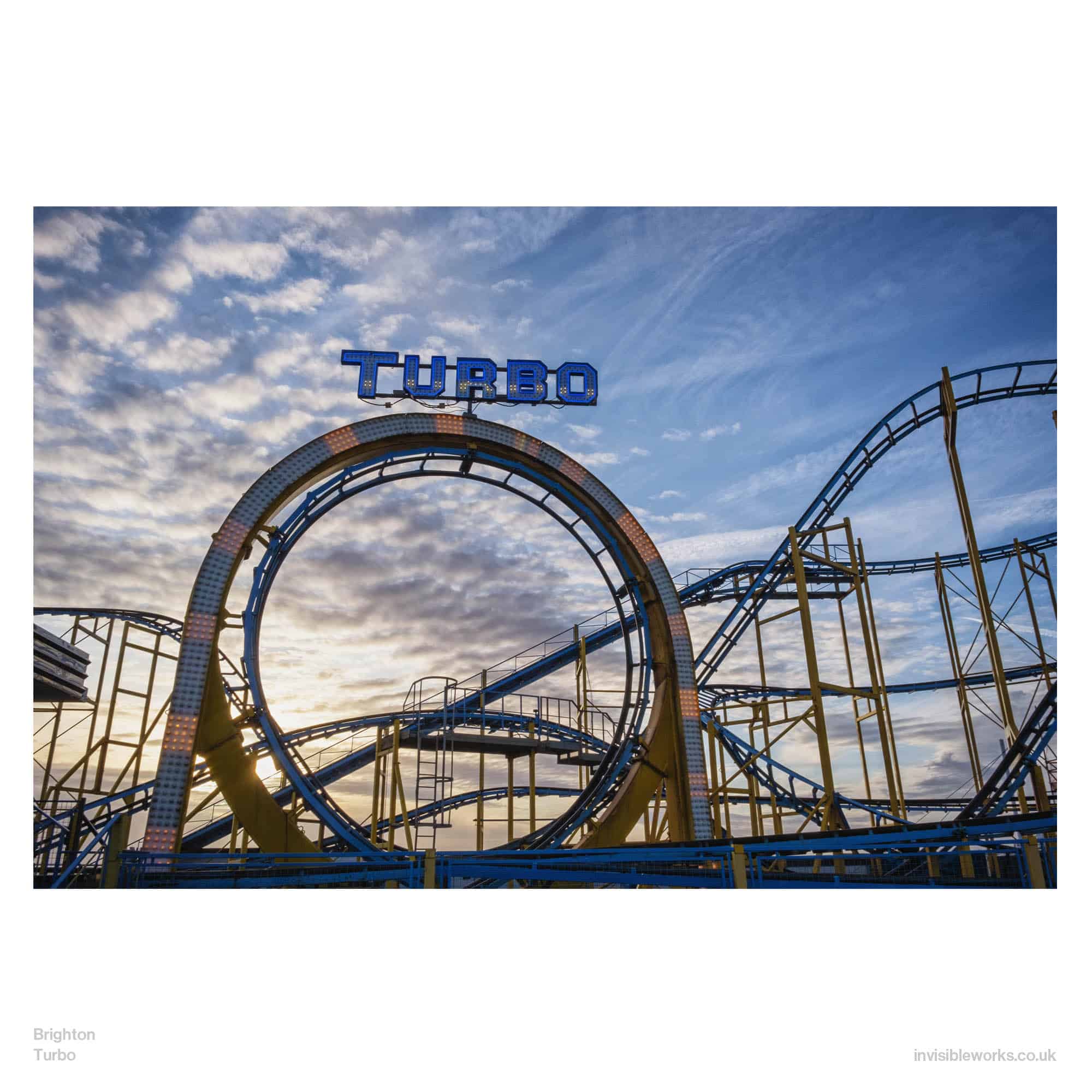 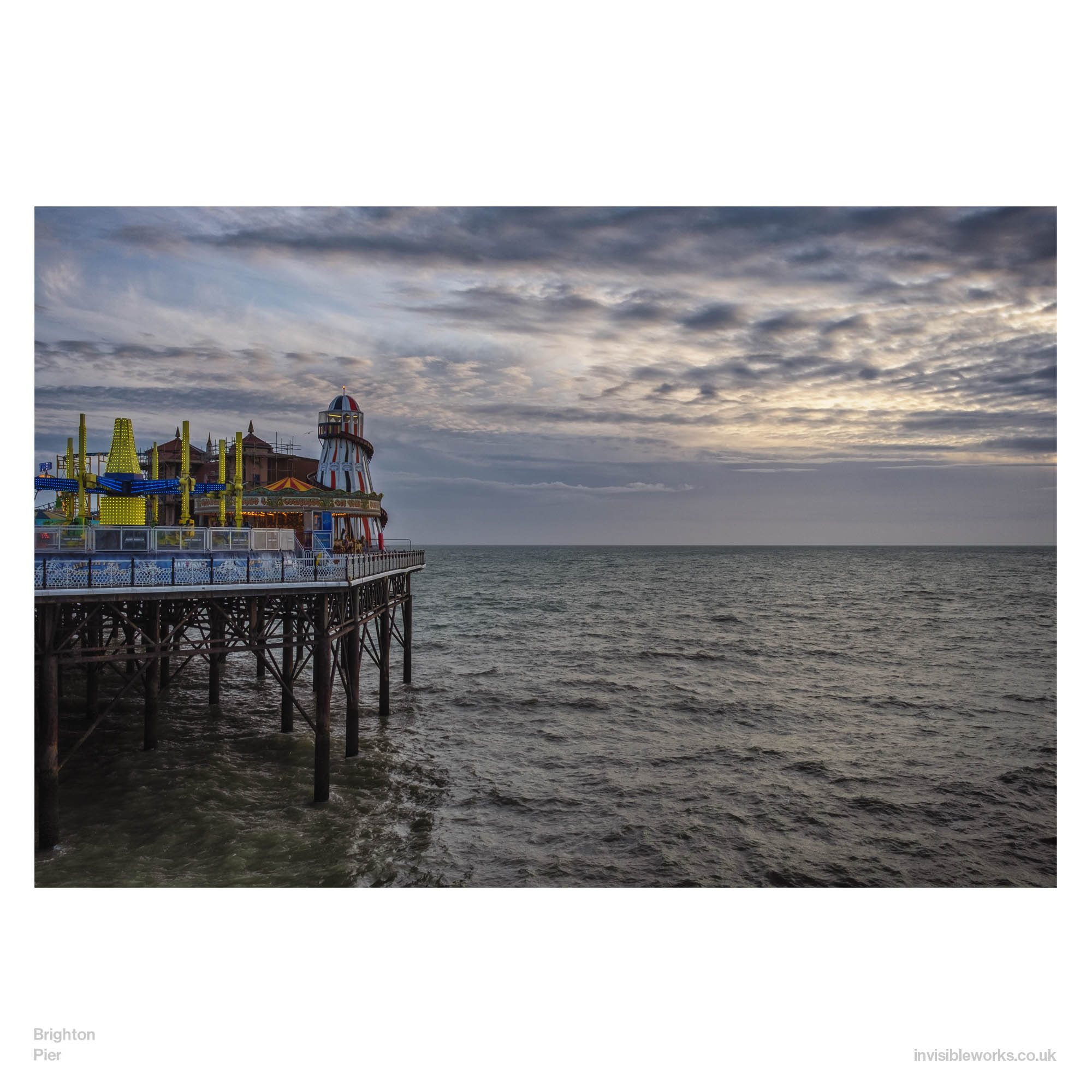 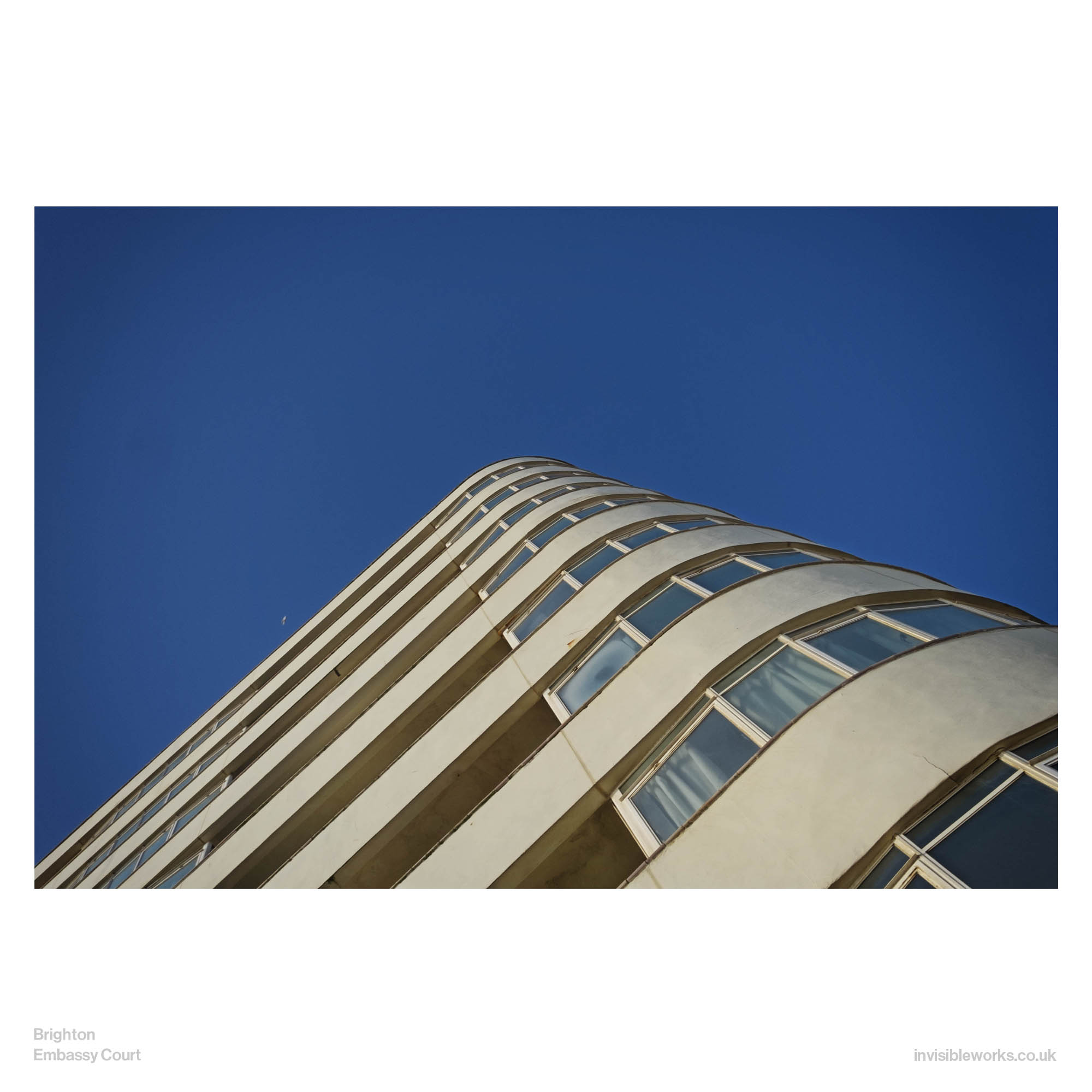 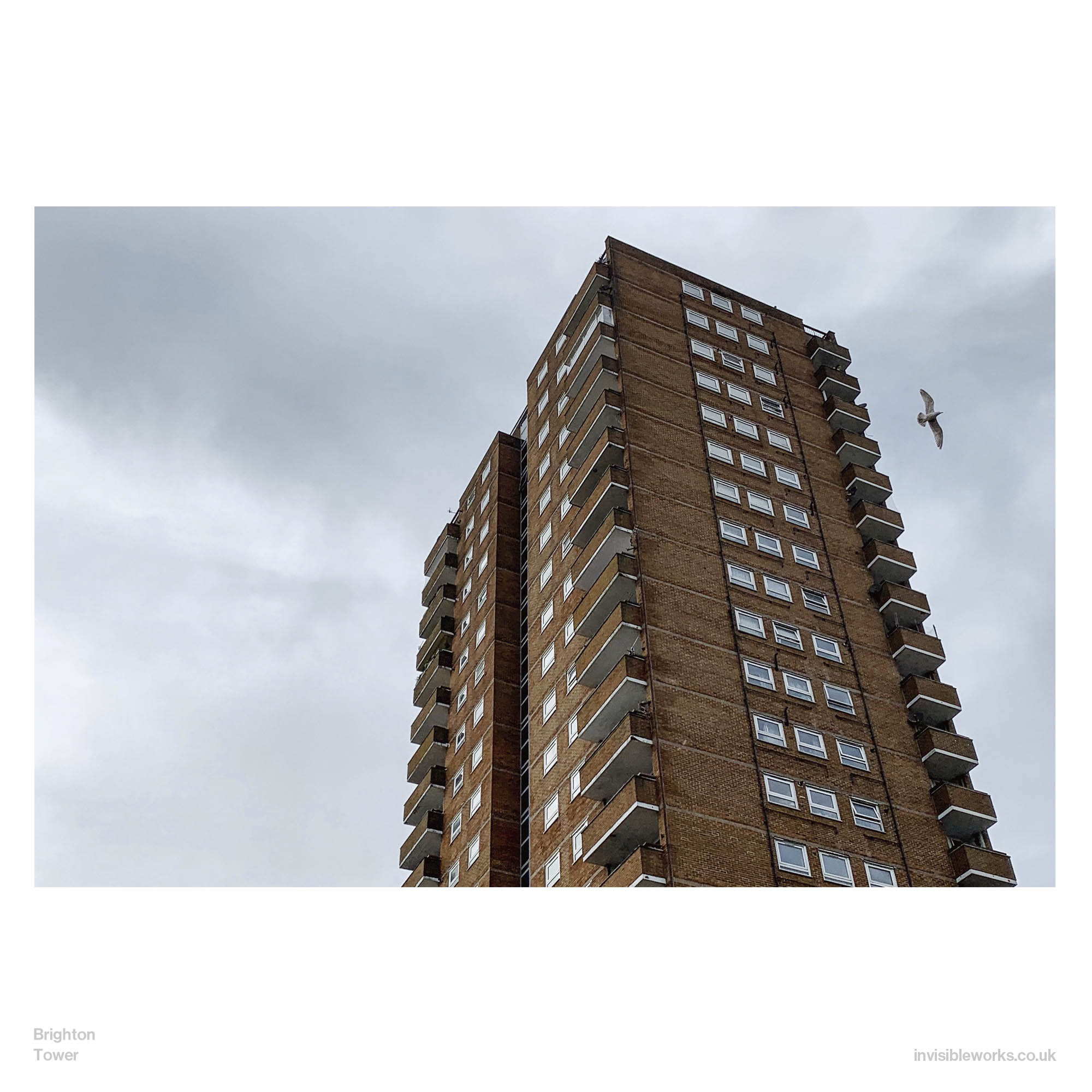 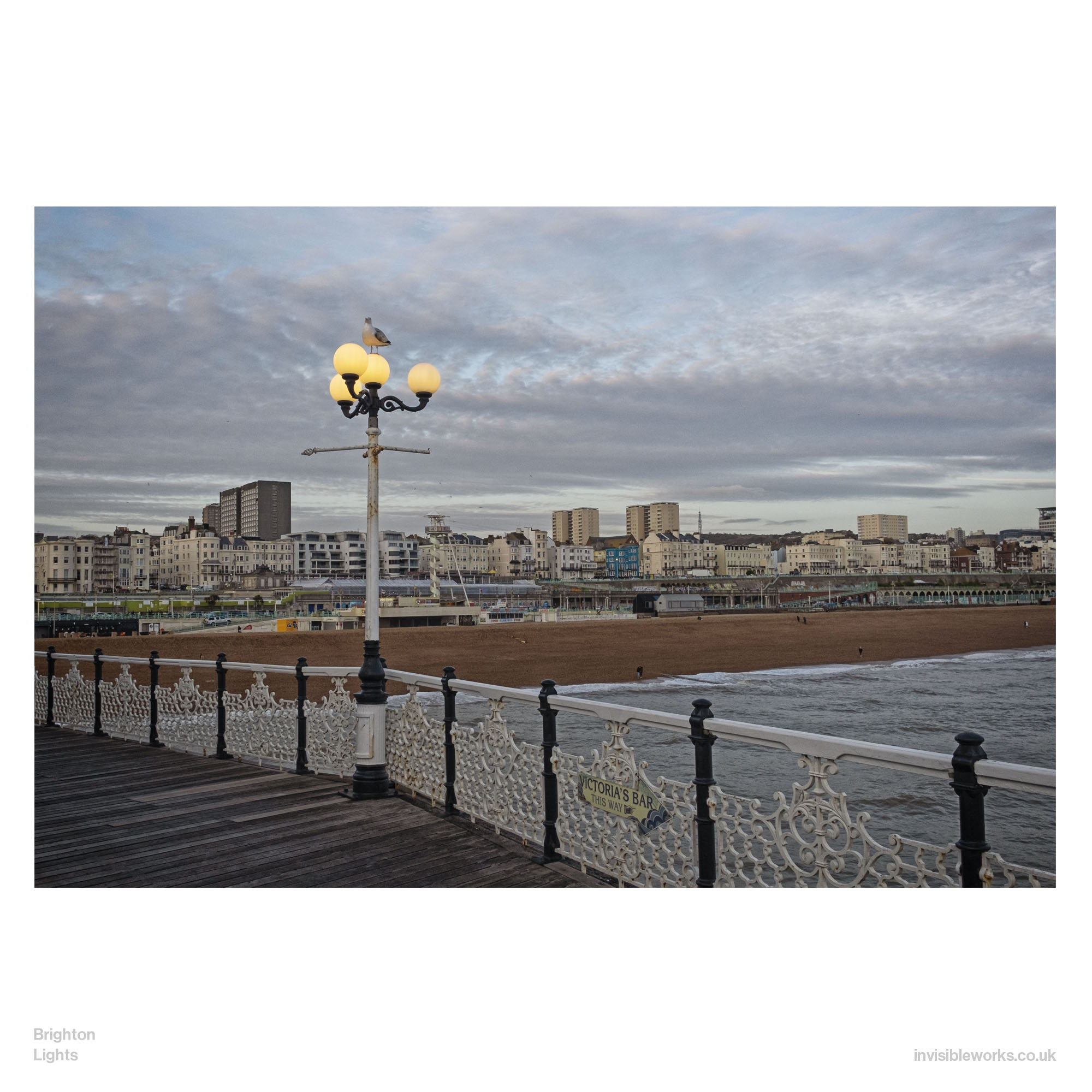 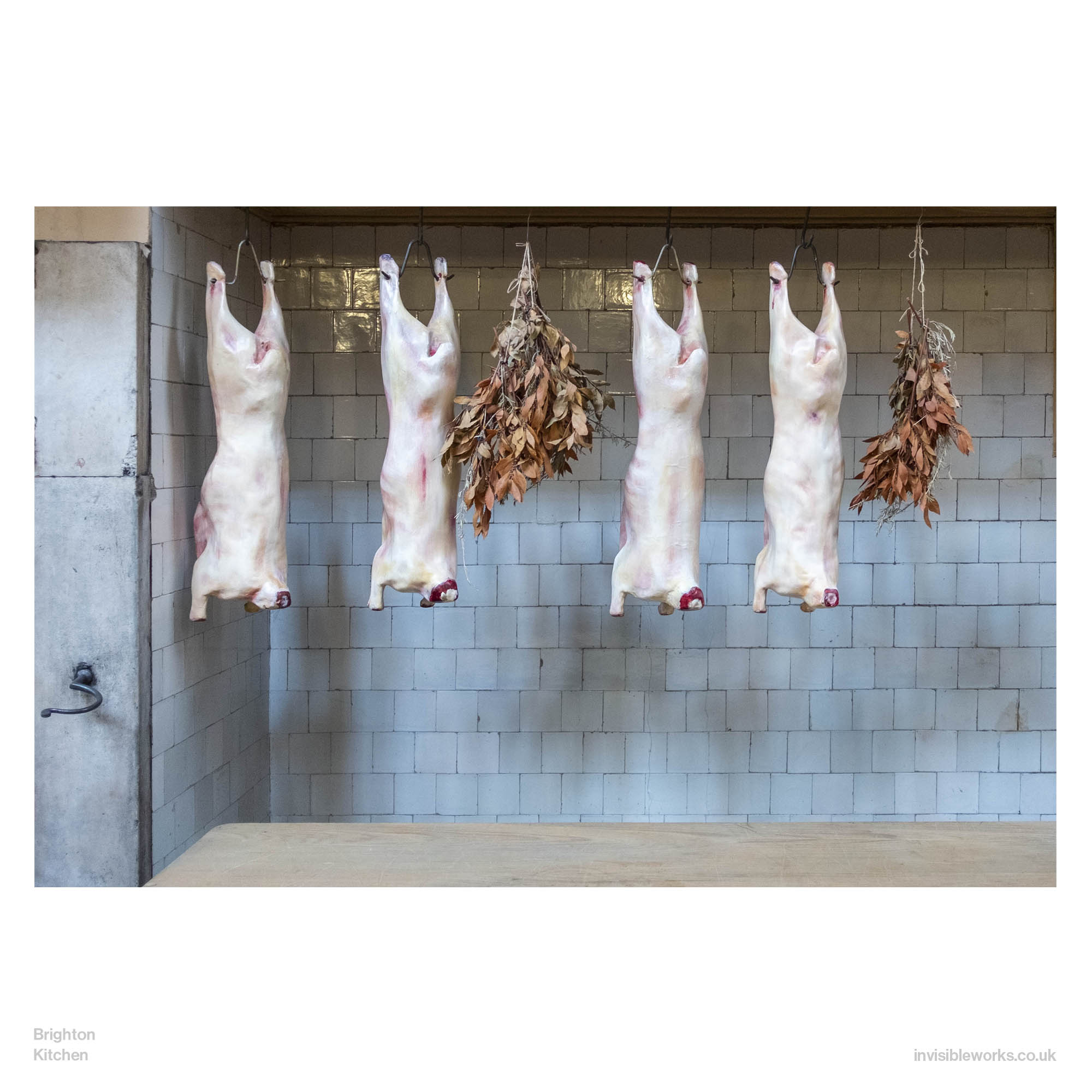 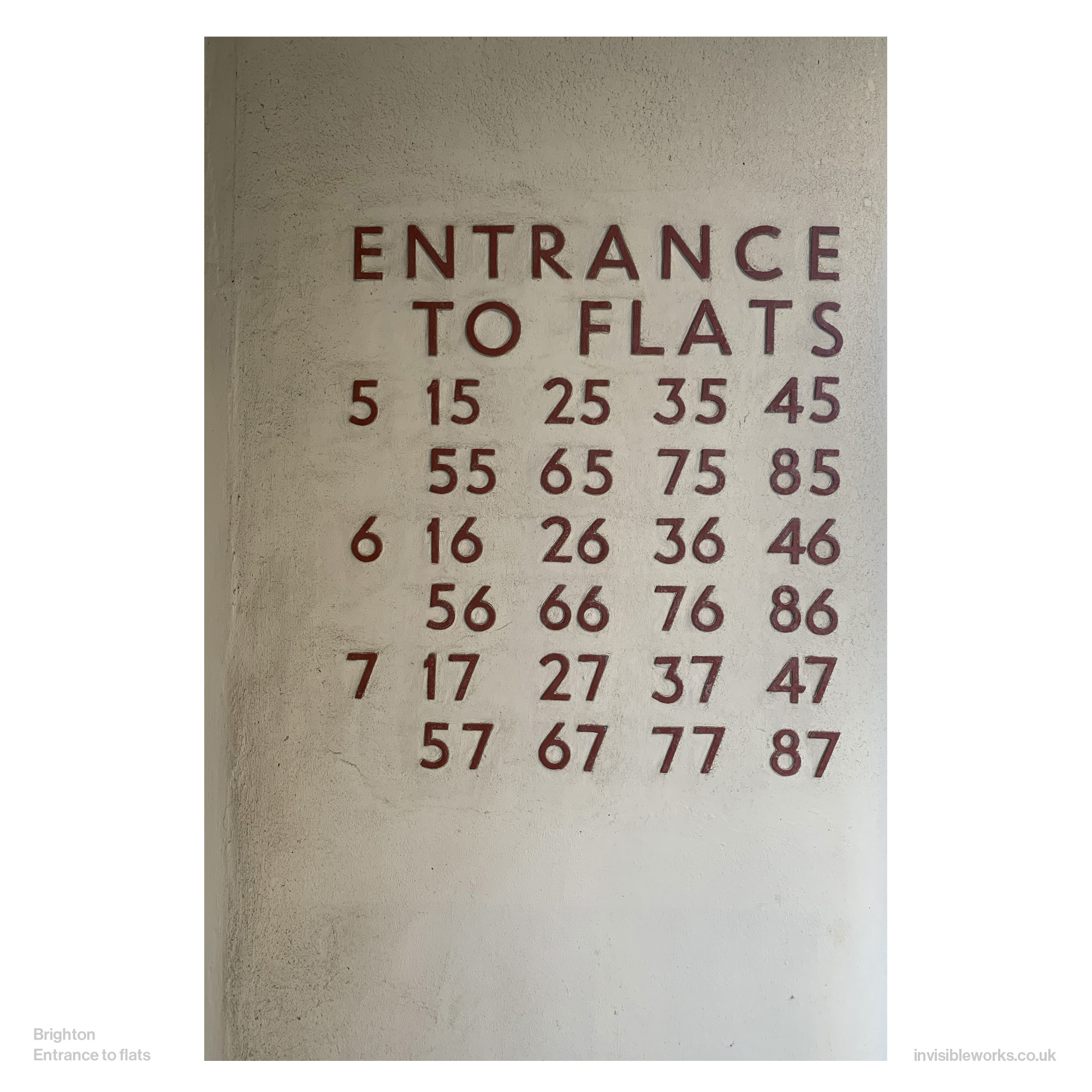 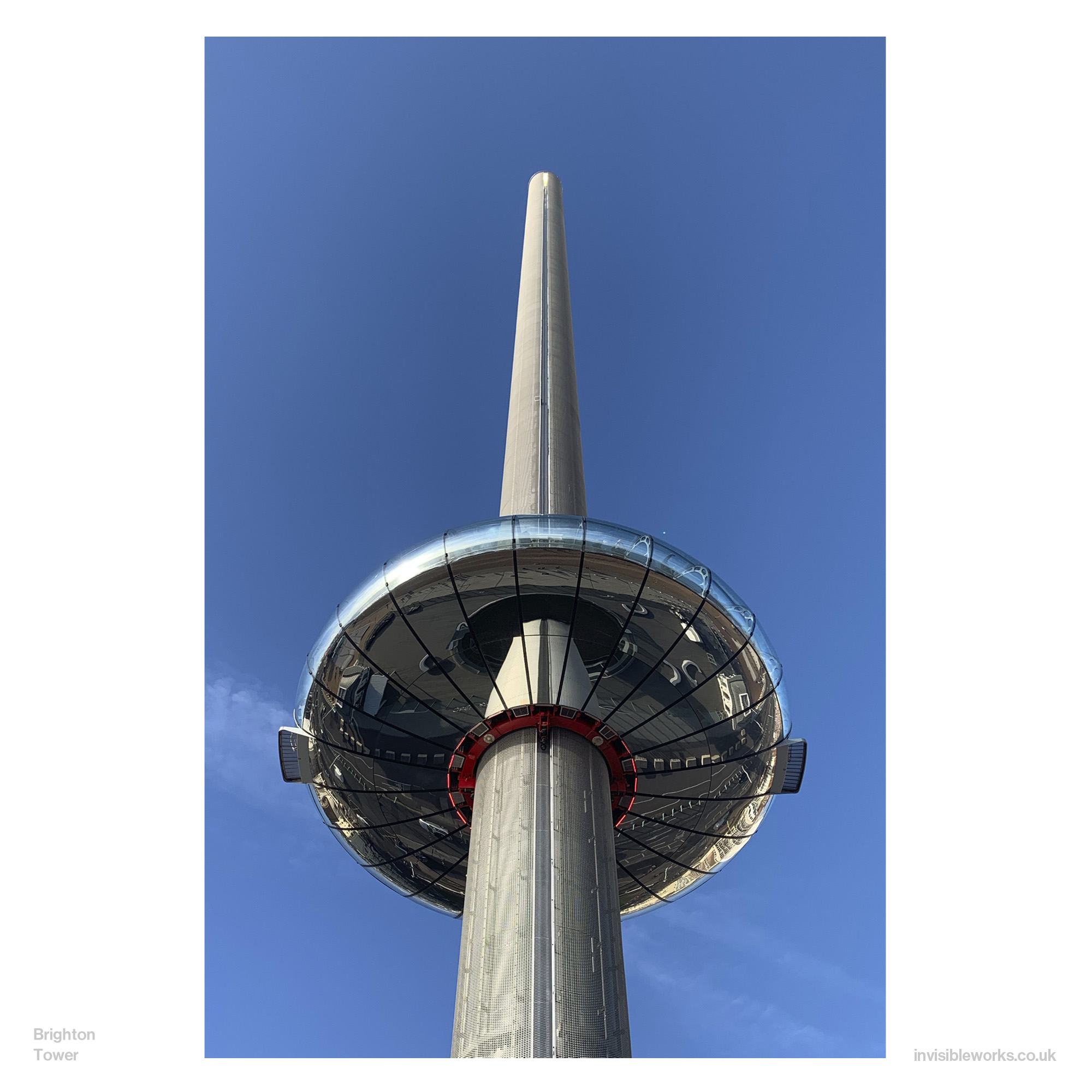 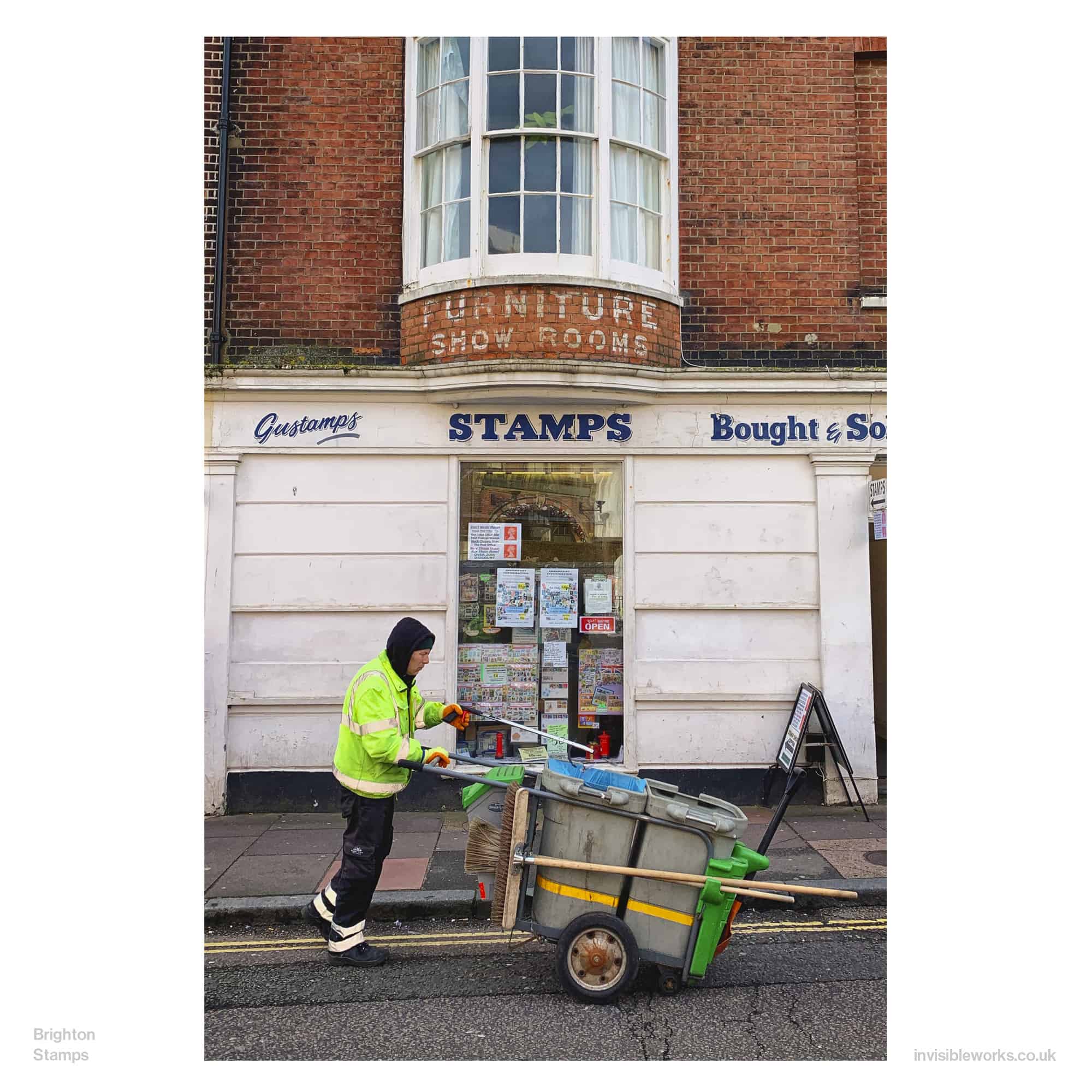 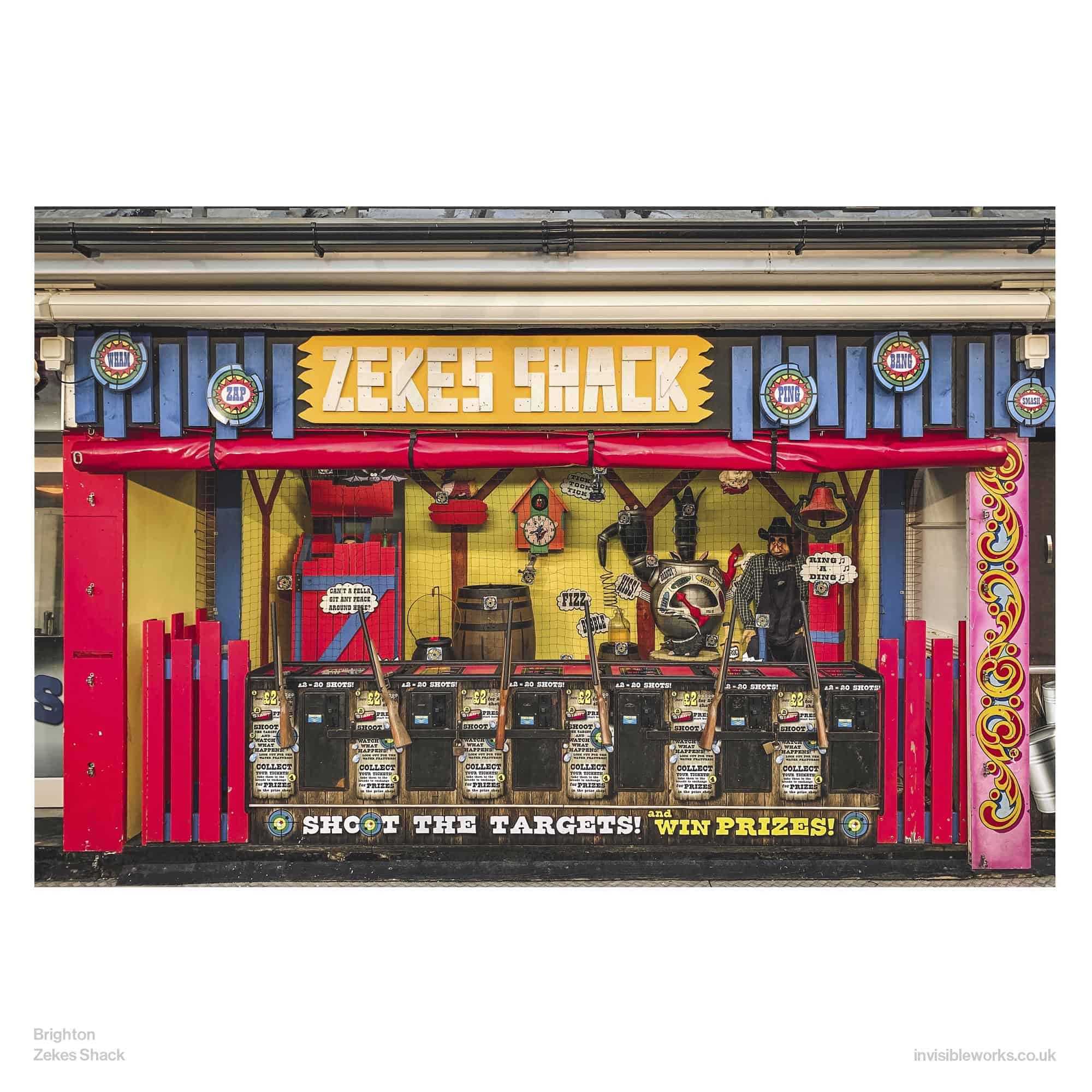 An idle glance absorbs the terror
The weight of proof brings little pleasure
The trick’s the thing, a cereal measure
Mao sifts the shit from trash to treasure

Hearts of gold; no pot to piss in
Join the queue of future has-beens
A worker’s thirst to be at leisure
Dissatisfied without measure