Stretches of Norfolk’s curved coast get slightly brushed aside. Maybe they seem a bit inaccessible. Trimingham with its high cliffs, the highest in Norfolk and its all but hidden beach entrance off the coast road down a camouflaged dog-legged track is one of them. In winter it is the domain of the hardy locals; the sea fishermen, standing legs apart in the holes the sea has punched in the wooden sea defences, they swing leads in heavy circles and cast hard, once the ledgers are set rod tips bow and rest against the waves and tides and the men retire into the shelter of the old defences, looking up they concentrate on the rod tips, cupping roll-ups or tea in their hands, waiting for codling, dabs, flounders, maybe a starry or a smoothhound. There’s the dog walkers hunkered down, dogs running like pendulums Back and forth to owners, collars up and buried hands.

It could be said that it’s not especially pretty. But in the winter, when daytime is half amputated by the tangent angle of the sun and the creamy late afternoon light rides through the thickened air from back behind the cliffs as the sun dips it casts long shadows out over the beach and the shattered wooden defences, exaggerating the cliffs’ slump, rivers of wet till shine, sands that tremble underfoot and rivers of mud with a pattern of shadow ice slowly leeching water into the sea reflect beyond the broken line. You get a peculiar light and odd shade and a strange tonal range something that I think only this coast does well. Under a cyan sky the water picks up the colour and reflects it, the surface becoming almost iridescent blue, darkening as it deepens.

The cliff is a layer cake, occasionally a slip will reveal something, clays contorted into ripples by the pressure of the ice pushing down during the last glaciation twisting up the older sediments, above that more clays laid in the bed of Lake Trimingham; a large post glacial feature believed to have lasted nearly two millennia the layers read like tree rings, depositing mud and pollen, animal remains and bone, above that the sandy tills; fluvio-glacial, dammed water flowing slowly from the ice topping off the glaciated landscape with the slow-dropped cargo of slowing meltwaters. To the South of the beach access is a lump of chalk, discoloured and seamed it sits displaced above its normal line another victim of the pressure of the ice buckling the erratic landscape. It is the youngest chalk in Britain next seen in Norway, the face is soft and stained by the earth and iron from the sands above, flint nodules holes and stray shells break its face.

The history here is strong, beyond scattered flint finds and the familiar early Anglo-Saxon -ingas name, another homestead, there is the invisible now melted bulk of the glacier and about the ghosts of the people going back to both our cousins and their old Flint tools and our ancestors living here since before Domesday. Trimingham’s height mean it has been blessed with fear as a target since the invention of Radar; the current station sits on the highest point of the ridge, nestling in the glacial tills just back off the road, a silent white blind eyeball, an all seeing globe scanning the horizon picking up every aerial movement linking it back to the switches at Neatishead, building a digital dream of the skies contents. Historically it’s ancestors lived through Cold War paranoia, eyeing the blue for the silver flash of MIGs. And then before, the original Radar helped to echo locate German mine-layers, MTBs and low flying snoopers reading the surface of the North Sea. It has also operated as an Oboe Navigation Station; using it’s beam with a second station, directing RAF pathfinders onto their targets in Europe, just as the X-Gerät had done during the raids on Norfolk’s coastal ports and Norwich itself. Later in the war under the auspices of the Air Ministry it housed CHEL (Chain Home Extra Low). The older base that would have held these 200ft towers, now long since removed is still wired off but decaying, and below that old concrete lookout posts have slipped down the cliff, breaking up into slabs as they finally hit the beach and head into the sea. The radar still has its effect, the eyes still watch not just the aerial enemy, cameras peer down at everyone who passes, the potential enemies of the system. In the recent past its out-of-phase sweeping beams have caused cars engines to stop. Years ago as a band we rehearsed in a pig shed nearby, a cold and isolated space that had the residual ammonia sense of its inmates, in the silence between songs as we rolled cigarettes above the hiss of cheap guitar shielding and dodgy leads, there it was the sweep of the radar running past in cycles scanning, the sound like waves breaking. 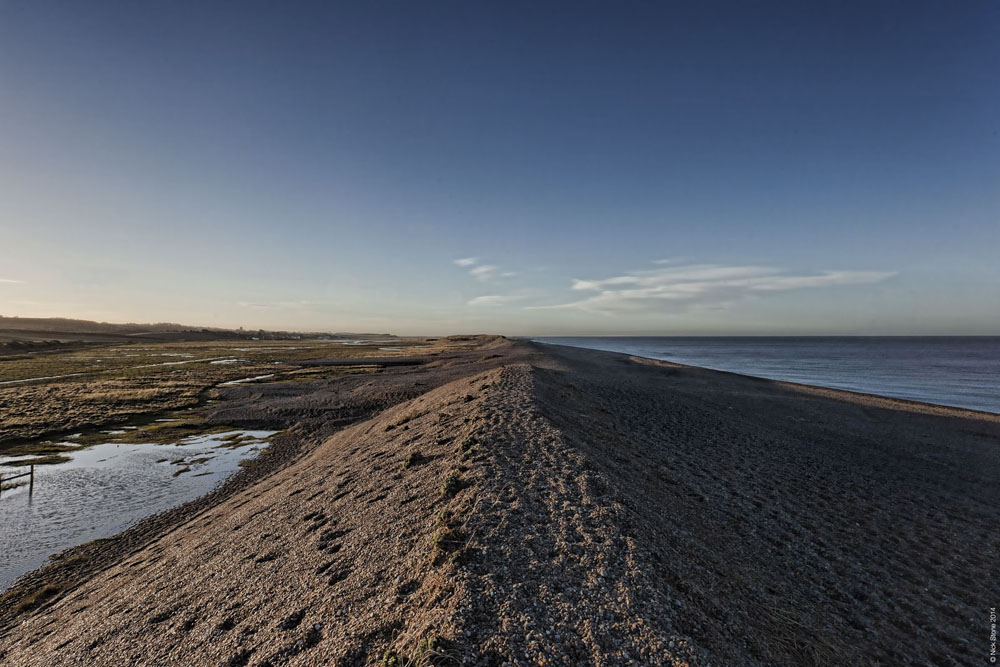 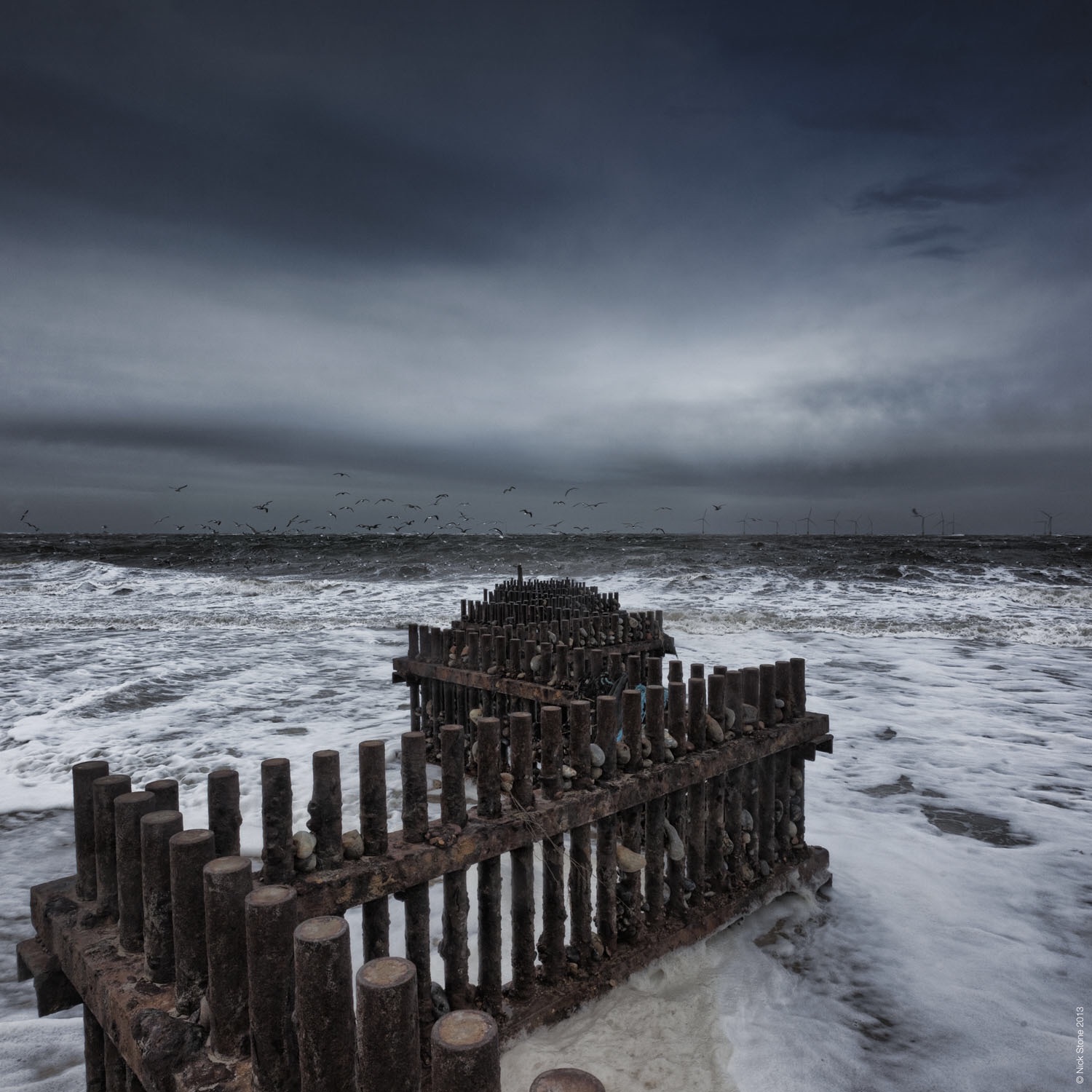 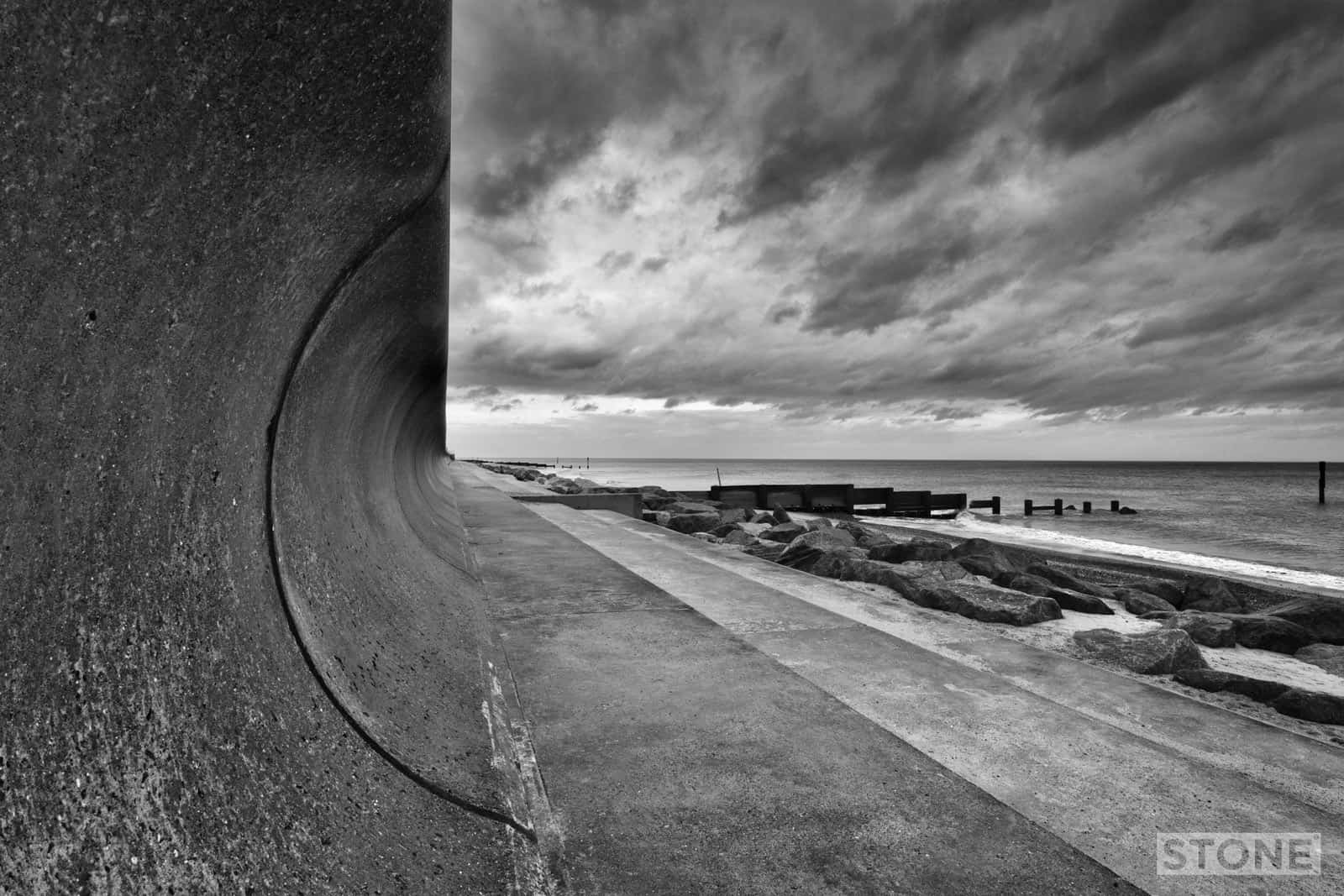