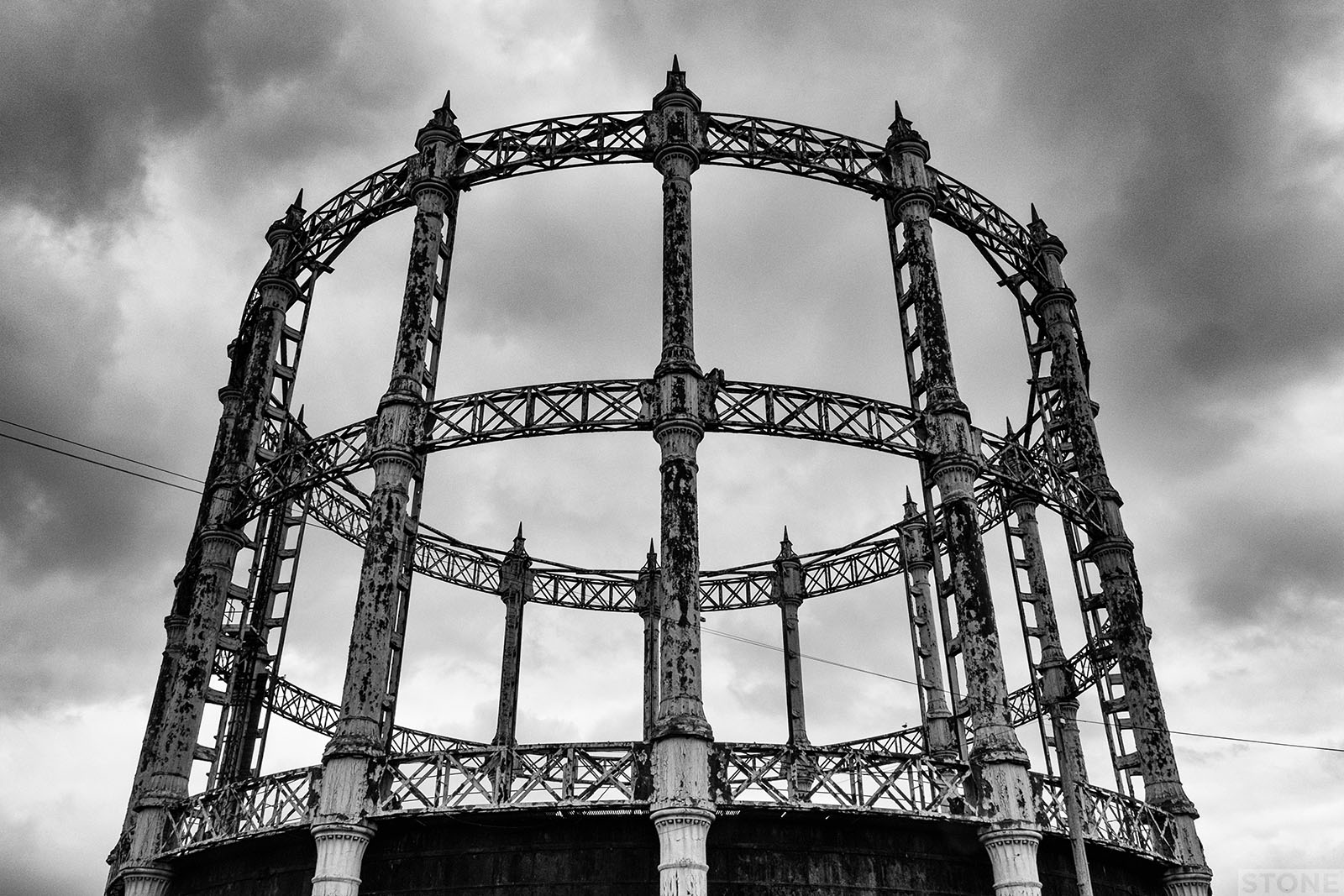 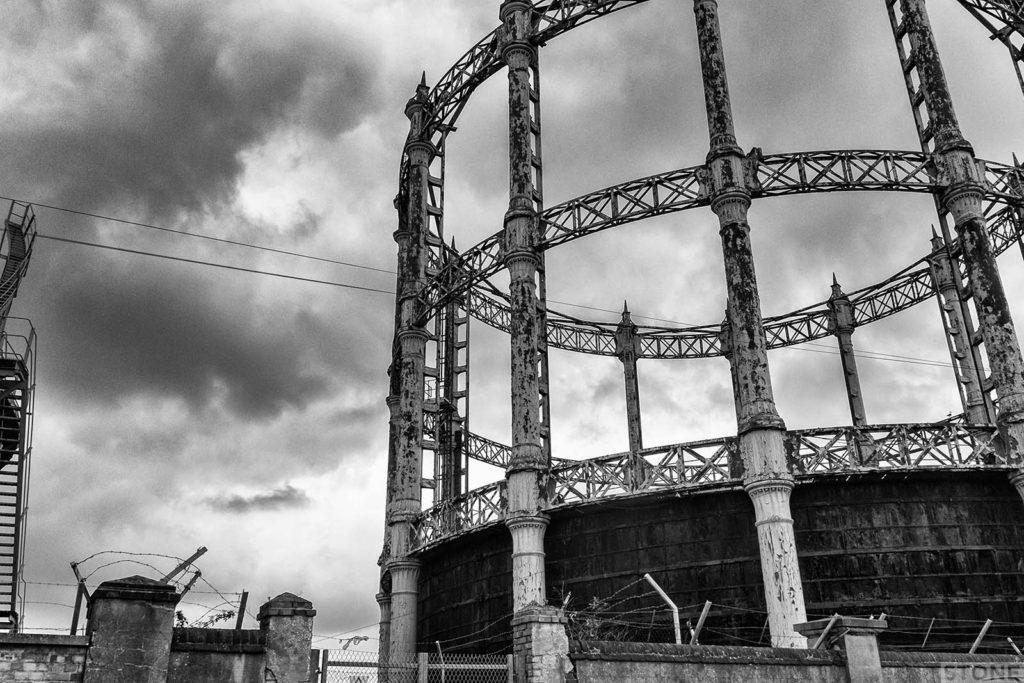 Another thing to collect, often more by chance than design. These are unmistakable monuments in our urban landscapes and I happened to pass this yesterday in Great Yarmouth and happened to stop and get my camera out and take a few snaps of it after it skylined in front of me on the way through to the Pleasure Beach and back along the front to the way out. They’re rather nice things, varying from the entirely functional to the quite ornate. This is rather one of the latter with some quite classical detailing on it, the piers in particular are ornate and rather nice thing, it also has nice pointy finials.

The rise and fall of most of these is a thing of the past, a few are, I’m led to believe, still used as regulators for our natural gas supply, but since the 1960s none contain what they were built for which was the storage of Coal Gas. This stuff was spectacularly toxic, created by heating coal and drawing off and cooling the gas from it. It’s the stuff of soot and pea-soupers, grime and industry, and just as much synonymous with the likes of Christie and Plath, It’s easy to forget the changes it brought, with lighting, heating and cooking suddenly accessible to more and more people at its advent in the nineteenth century as thes and the gas works sprang up in every practically every town. I have a strange slightly disconnected memory of it mixed into the smell of my aging aunt’s kitchen in Leyton still there, dissolved into the fabric of the house in the late 1960s and early 1970s. It’s almost as ironic as it is iconic, particularly so in Great Yarmouth a town that has more to do with energy in various ways than most other towns in Britain, with a huge legacy of links to the oil industry, North Sea gas and wind energy.

Built by R.P Spice and S. Cutler and Son of London in 1884, it’s a nice example. I hope it remains, the sight of these looming up is dwindling, It’s Grade II listed, so there’s hope.

Should you want to know more about Coal gas. Try Fakenham museum of gas and local history. The last remaining complete town gasworks in England, one of only two in Britain. 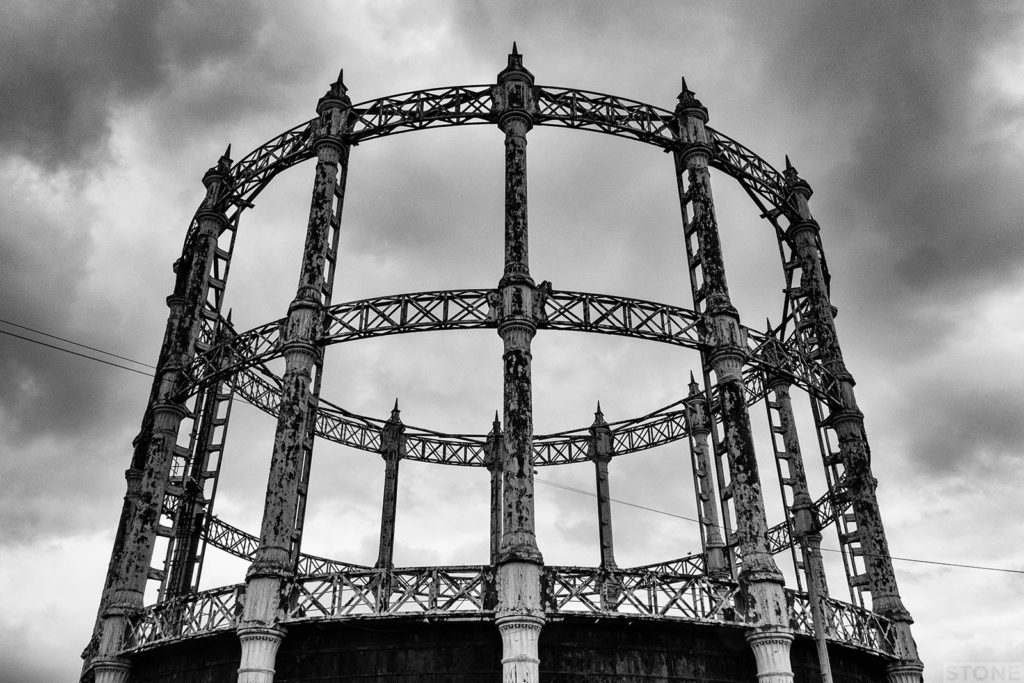