I used to go to Sheffield a fair bit, less so now as one of the reasons we went as often as we did was one of my children lived there and she now lives in Greece, via Slovakia and Vietnam, she is one of the estimated 2 million Britons living in Europe that handily get ignored by the hysterics burbling on about immigration into Britain *snore*.

This is all beside the point because this meagre post is actually about our finest Steel town, Sheffield, for some reason my second city. I went once as a child with my older brother, in the era of the concrete egg box which no longer exists, and Park Hill Flats up on the hillside when it wasn’t a multi-coloured luxury, basically back in the mid 1970s.

We went in a Vauxhall van, 6 children, two adults and an afghan hound with eczema, a bad temper and bad breath, plus tents, cooking gear and accoutrements. It was a squeeze, but I still remember it, my faced pressed against the back window of the van not in excitement at the cooling towers, just trying not to suffocate sitting next to an Afghan hound who hated me. We spent a week in the area either entranced by hills, cooling towers or caves getting very well acquainted with cagoules and shitting in a hole in the ground. Character building stuff when you’re nine.

It was one of only two holidays I went on because my mum and dad had done everything already travel-wise for a pair of working class people, my dad’s thirty-five years in the RAF had left them with heavily stamped passports and were worn paper thin by having a late baby; me. Plus people just didn’t seem to go on holiday as much. 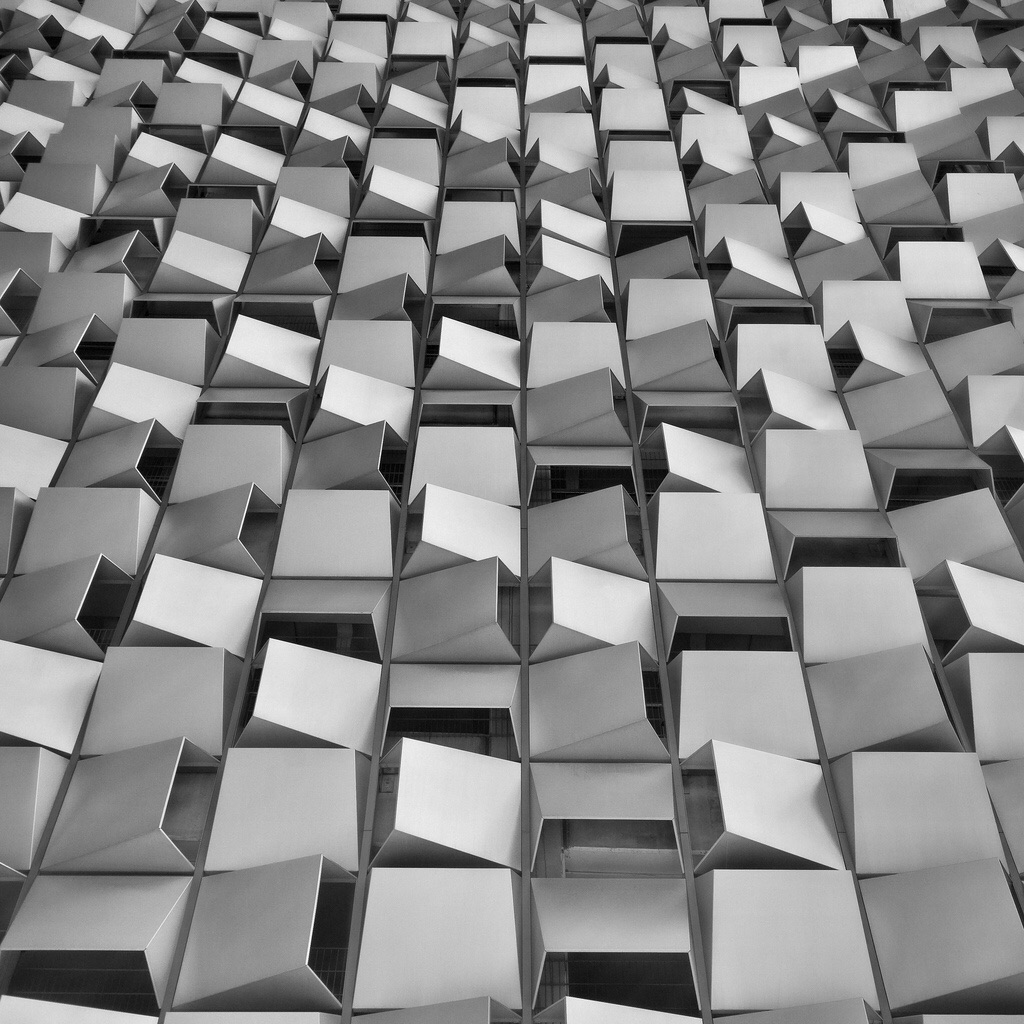 I went again a few times in the early 1980s during a phase of my life where I liked punk music, beer and hill walking, which I still do. We stood on the edge one night above the city, leerily full of good Northern beer and stared at the twinkling lights of the city spreading away and I fell for it a little bit more. The land of the Human League, Cabaret Voltaire, Clock DVA and all the rest laid out at your feet does things to a boy. I applied to Art College there, stupidly making it a second choice under Liverpool and failed to join the ranks of spiky haired arty hubris bobbing along on a grant. I don’t regret the lack of degree, but I’d like to have lived there, joining Cocker and Hawley and the mass of art college ne’er do wells. 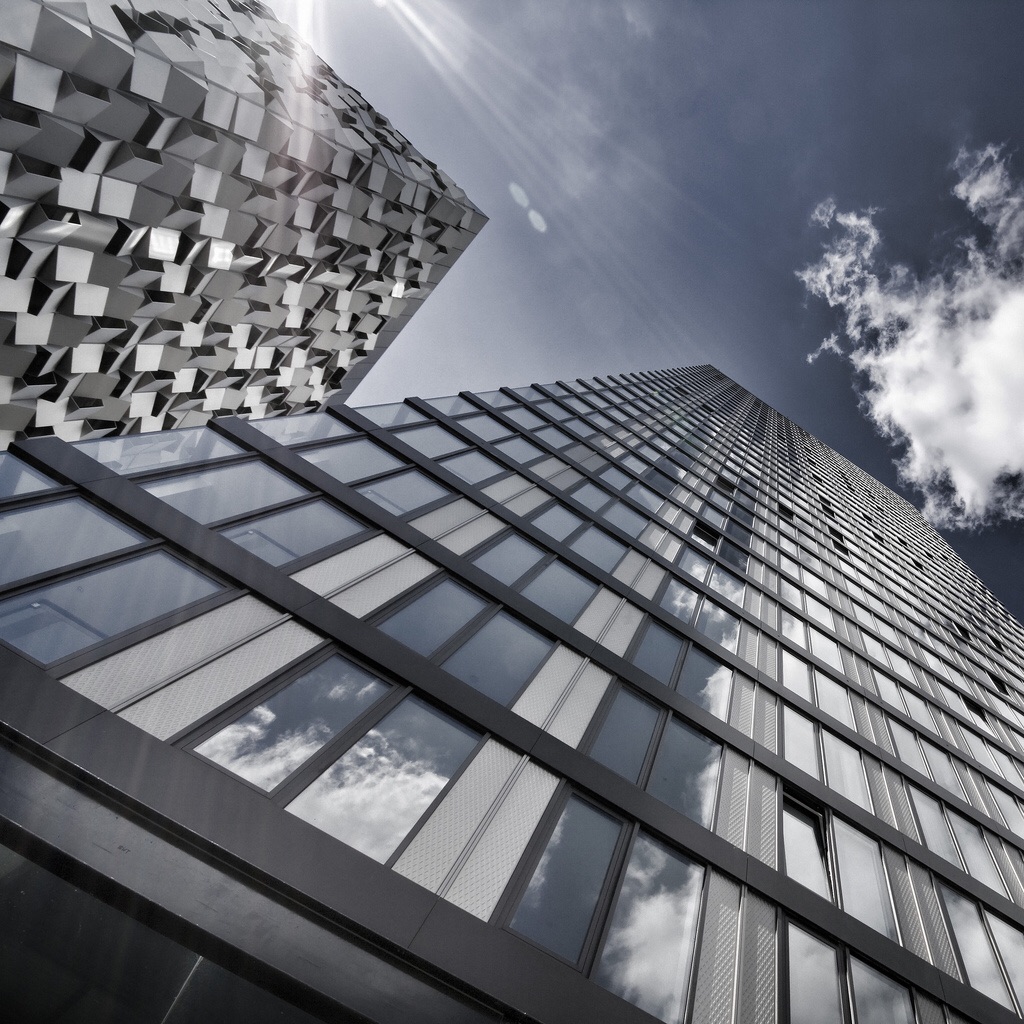 It’s changed since. Parkhill Flats has been redeveloped, the industry washed over with powder coated steel shuttering and surfaces, but it still hunkers down, and it’s interesting to look at, the buildings in various places show a kind of vision that is sadly lacking in my home territory and one in particular really caught me; The Sheffield Cheese Grater, basically it’s a Q-Park, hideously expensive to park in so I’m informed but beautiful to look at, sitting as it does on the edge of a plaza in the middle of concrete and glass towers this powder coated piece of shuttered cleverness is just one of the best things to go and waste some time staring at. We need to do things like this in Norwich, but not charge so much. 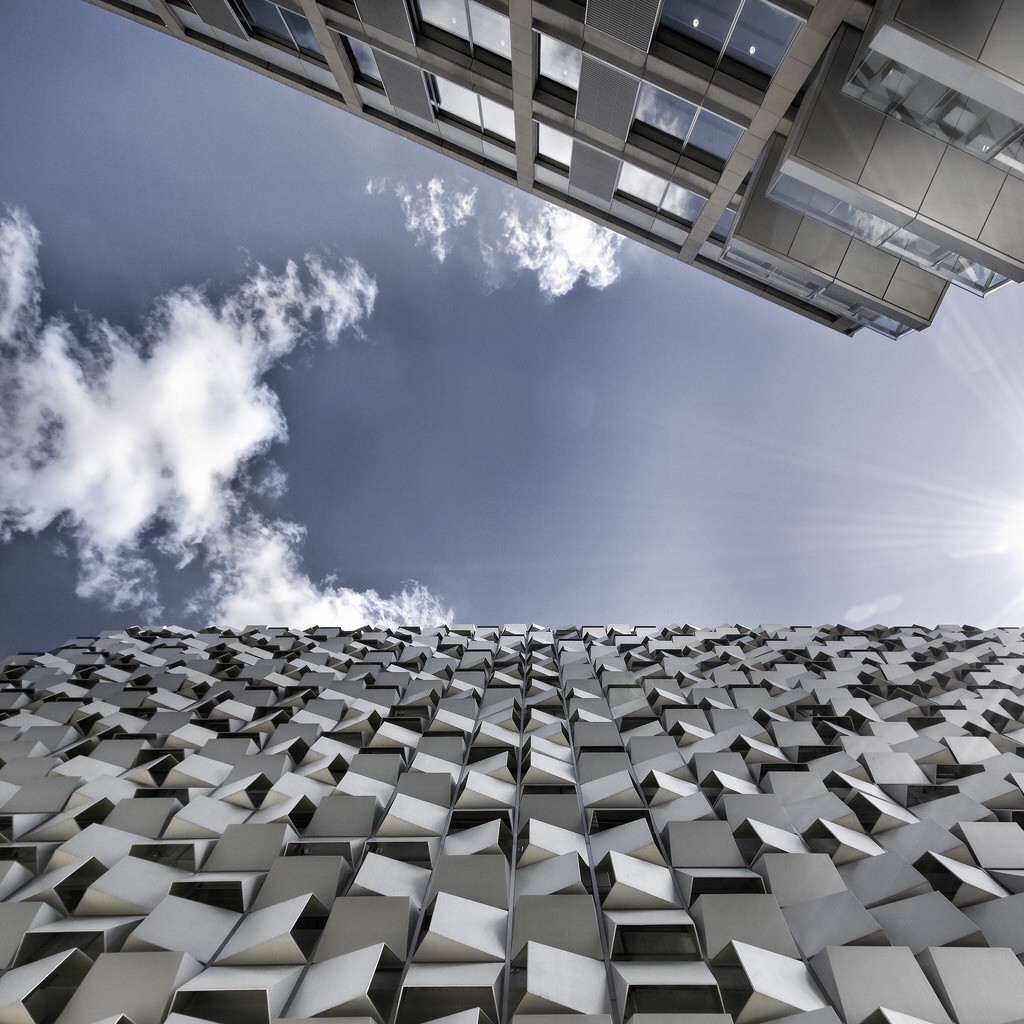