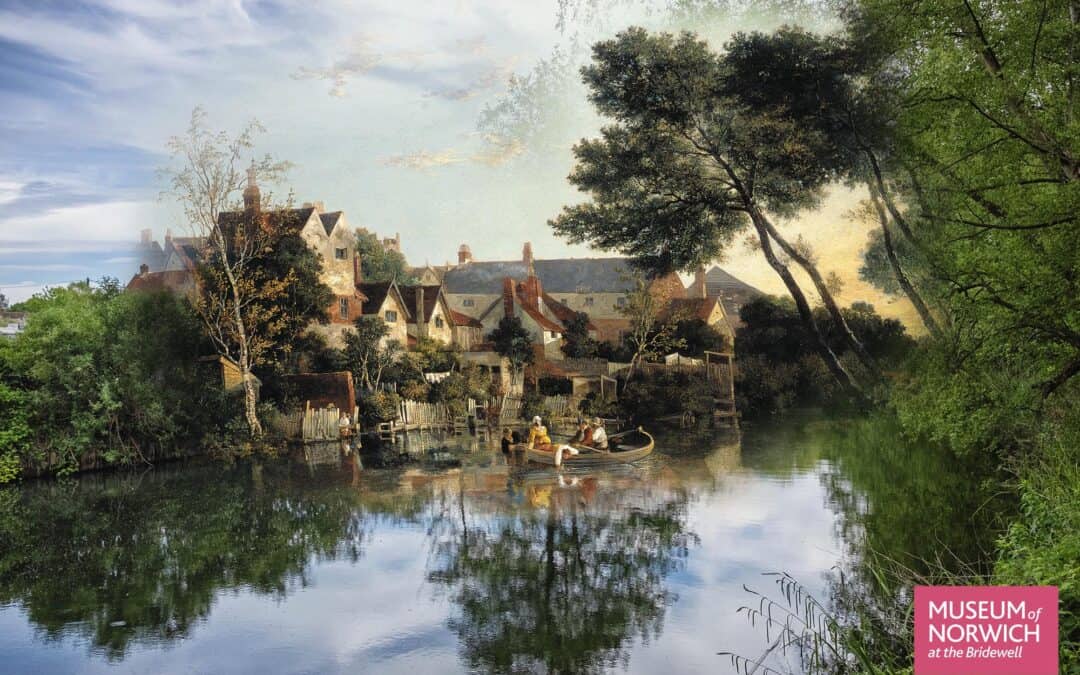 As part of the Crome’s Norwich exhibition at Museum of Norwich at the Bridewell I’ve wandered around a lot of the areas where John Crome is known to have frequented over 200 years ago. Obviously in the process of this piece of psychogeography I’ve become more familiar with the same spots and walked a lot of the routes he would have taken, altering the resonance of them for me. As a result in partnership with the museum we have produced a self-guided walk based on some of the locations in the paintings and some of the parts of Norwich over the Water where he is known to have lived, worked, and played.

The area is still a mix of developed, residential, industrial with pools of the natural, including wild river banks and some areas of woodland where he painted along the riverbanks. Where he lived has vanished and been built over at least twice, but it does give a flavour of the city he knew and a deeper look at the history of parts of the area he would have known then as well as I do now. Hopefully it also unlocks a few elements of the deeper nature of our urban landscape over time, and answers or at least reframes some questions about both his relationship with this tactile, dynamic city, the one we share with our past and show some of the hidden elements lurking just behind and below the familiar we see around us today.

There are three versions of the walks leaflet available; a 8 page single sheet version which can be printed A4, one produced as spreads which folds to A5, and an accessible version with plain text and header descriptions. You can choose and download these below.

The exhibition runs from 22 May to 18 September 2021 at the Museum of Norwich at the Bridewell on Bridewell Alley, which runs between St Andrews Street and London Street in Norwich. It is included in entry to the museum, tickets should be booked in advance which can be done here. A printed version is available in the museum lobby or at the exhibition.

I hope you enjoy it as much as I have done compiling it.