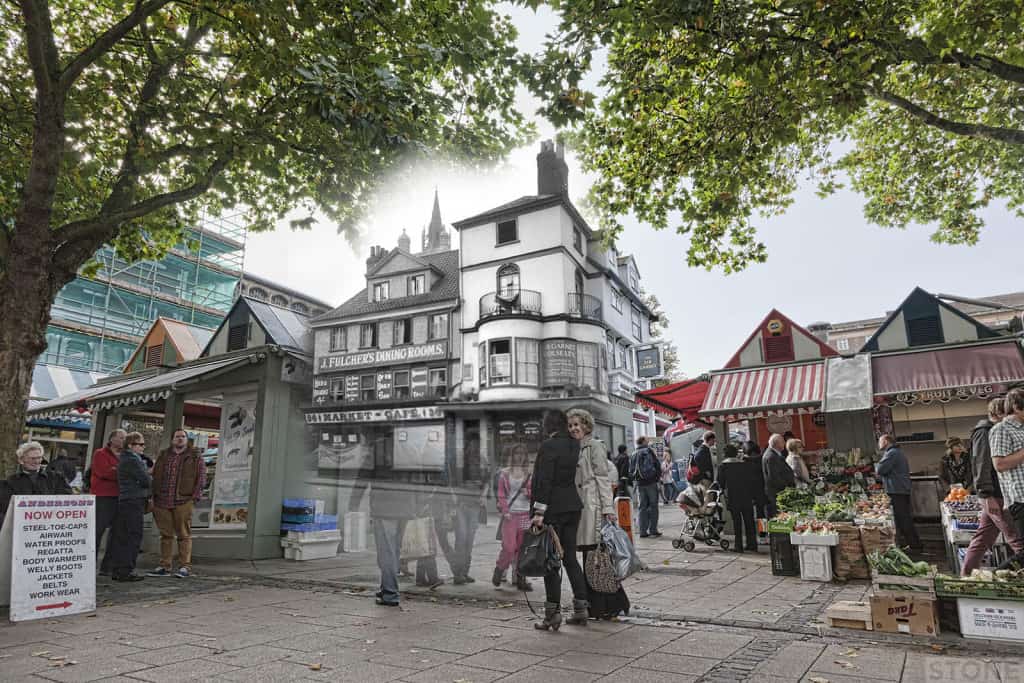 I did these back in the olden days when sticking one photo on top of another was magical and cool. Then I forgot to publish them, I’ve just moved some backups about and lo, verrily these three popped up. The Garnet or the Sir Garnet or The Garnet Wolseley and the market. It’s an old Norwich market traders pub that sits just behind what is now the fishy bit beside the gas mask bong and e-cigarette aisle near the Doc Martens stall. It’s stood here a lot longer than this, longer even than the photos or before halide was invented and stuck on a piece of glass in the dark before catching a moment.

As a building it will remember when the market was further forward, and the back end was a row of buildings where the memorial garden sits, when the fish and hay and leather goods and Worsted and sausages were all somewhere else, stretched right across the market and down to the Wellington memorial (near the flower stalls) and up behind the side of the guildhall. It predates it’s name, the man Field Marshall, the first Viscount Wolseley, who died in 1913 long after the Crimea he became famous in. It was probably originally called the Baron of Beef, and adjoined another pub The Punch which predated it and sat alongside it when it was a butcher’s shop. It’s all slightly confusing as in fact shops and pubs still are as they flux in and out of being in front of our eyes. It has overseen a lot, but mostly it’s watched generations of people like me and Jonty having a crafty pint. 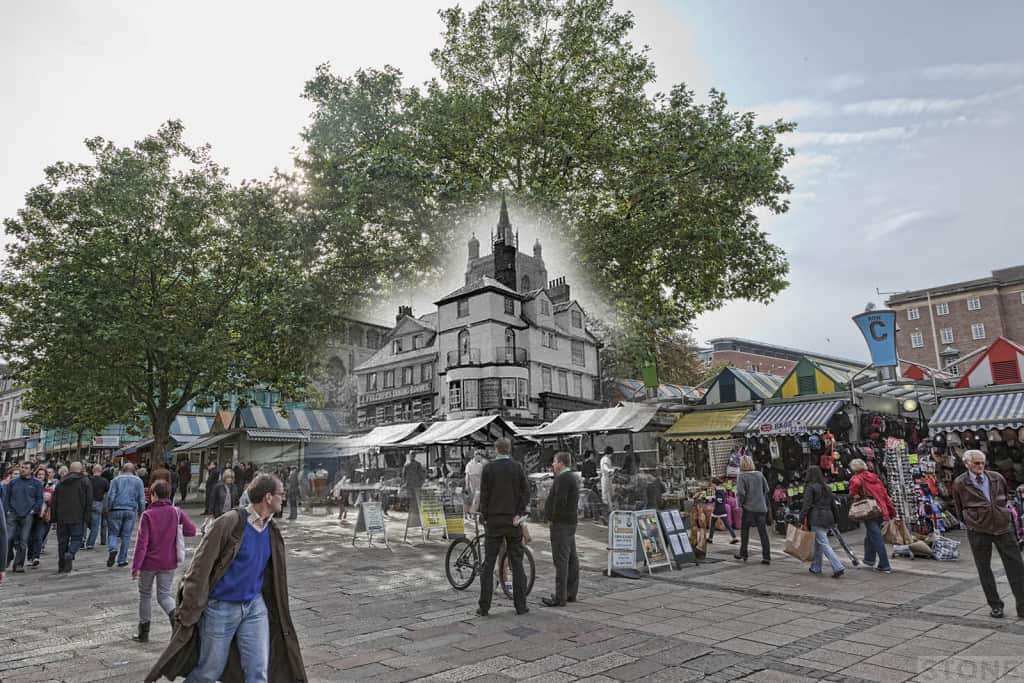 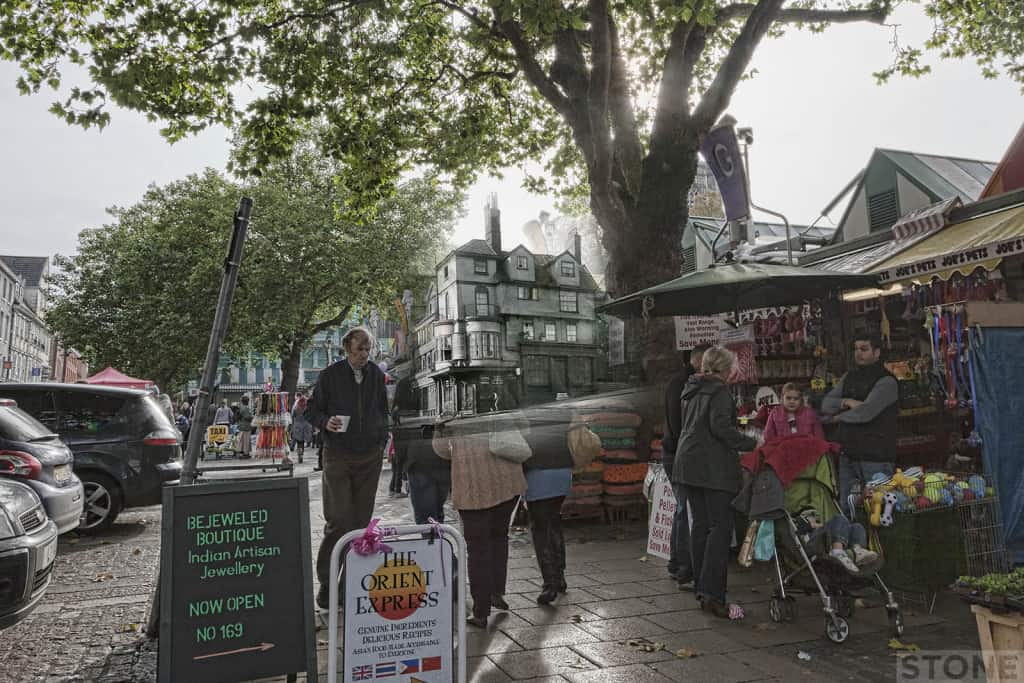