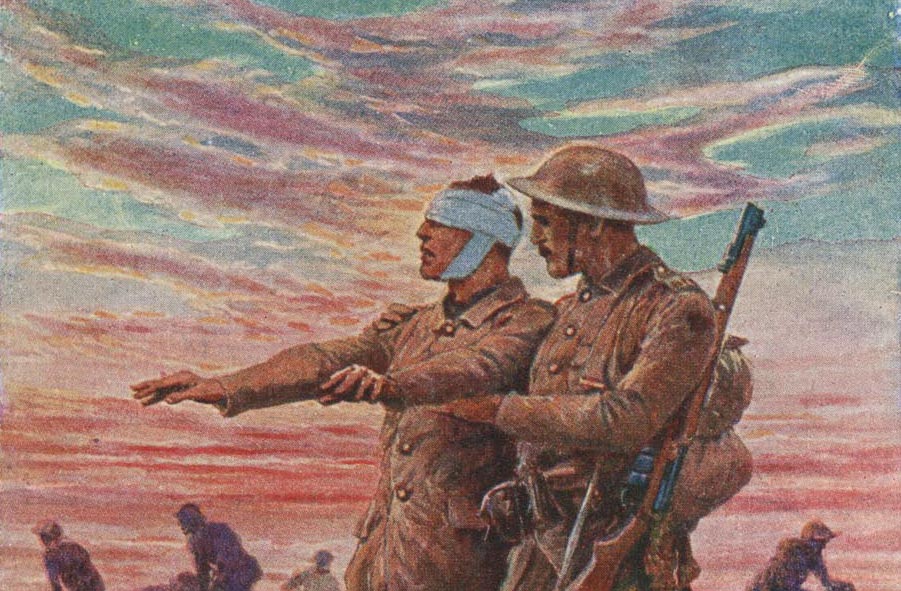 A set of six postcards produced by the National Institute of the Blind, now RNIB for St Dunstans in Regent’s Park. These were fundraisers for the trust. A slightly mawkish view of something fairly horrific, but then how do you honestly portray being blinded, not an easy one even now.

Facial disfigurement and blinding in particular were very common.  allow estimate puts facial injuries at over 60,000 in British dapoxetine soldiers alone. with 2,000 alone treated after the battle of the Somme. In 1961 it was estimated that the number of Soldiers of the Great War blinded was 1,900 although the figure may well have been double that with numbers of men whose eyes were damaged deteriorating with age and the after effects of gas.

I believe the artist for all of these was Caton Woodville. 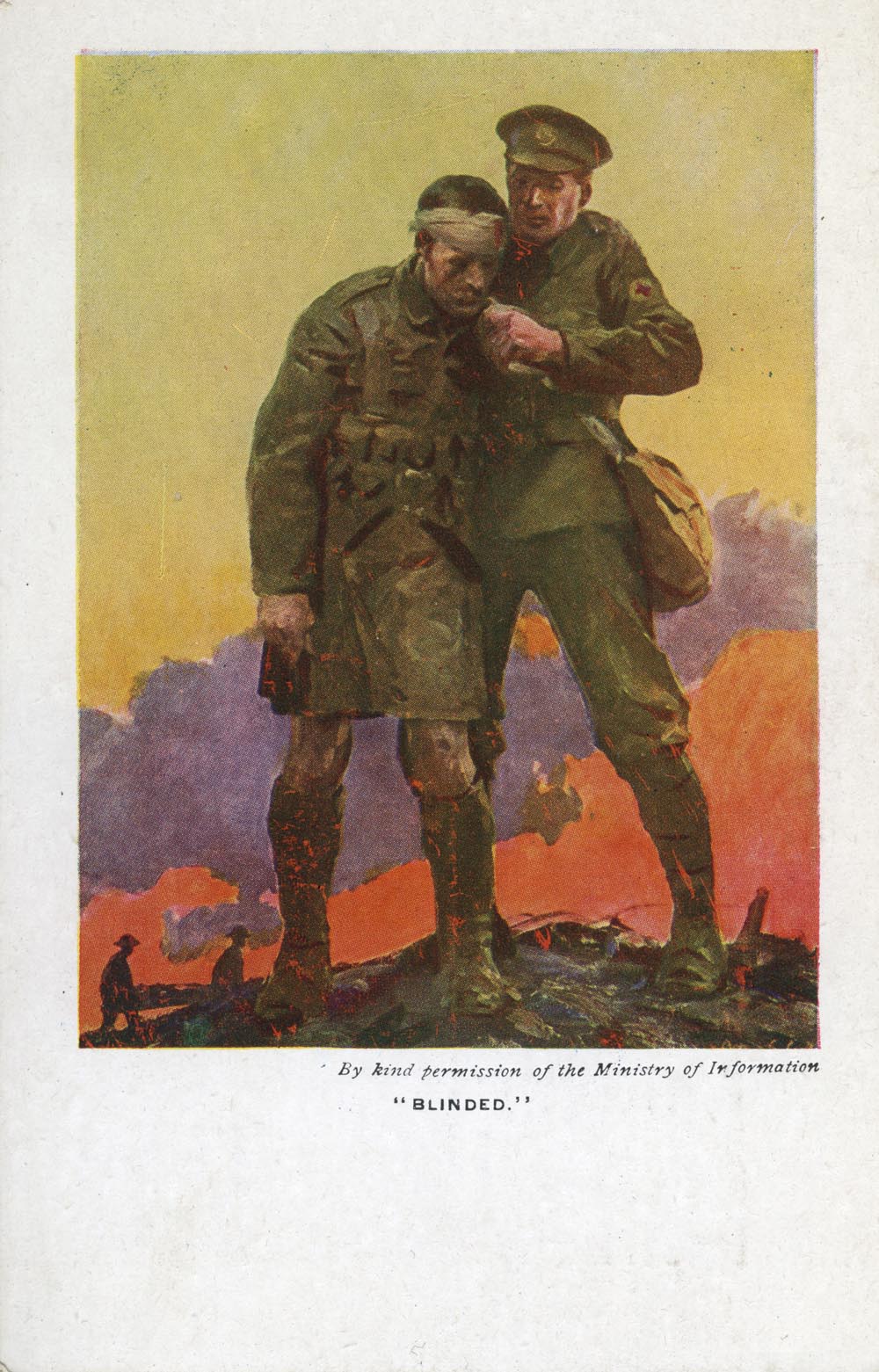 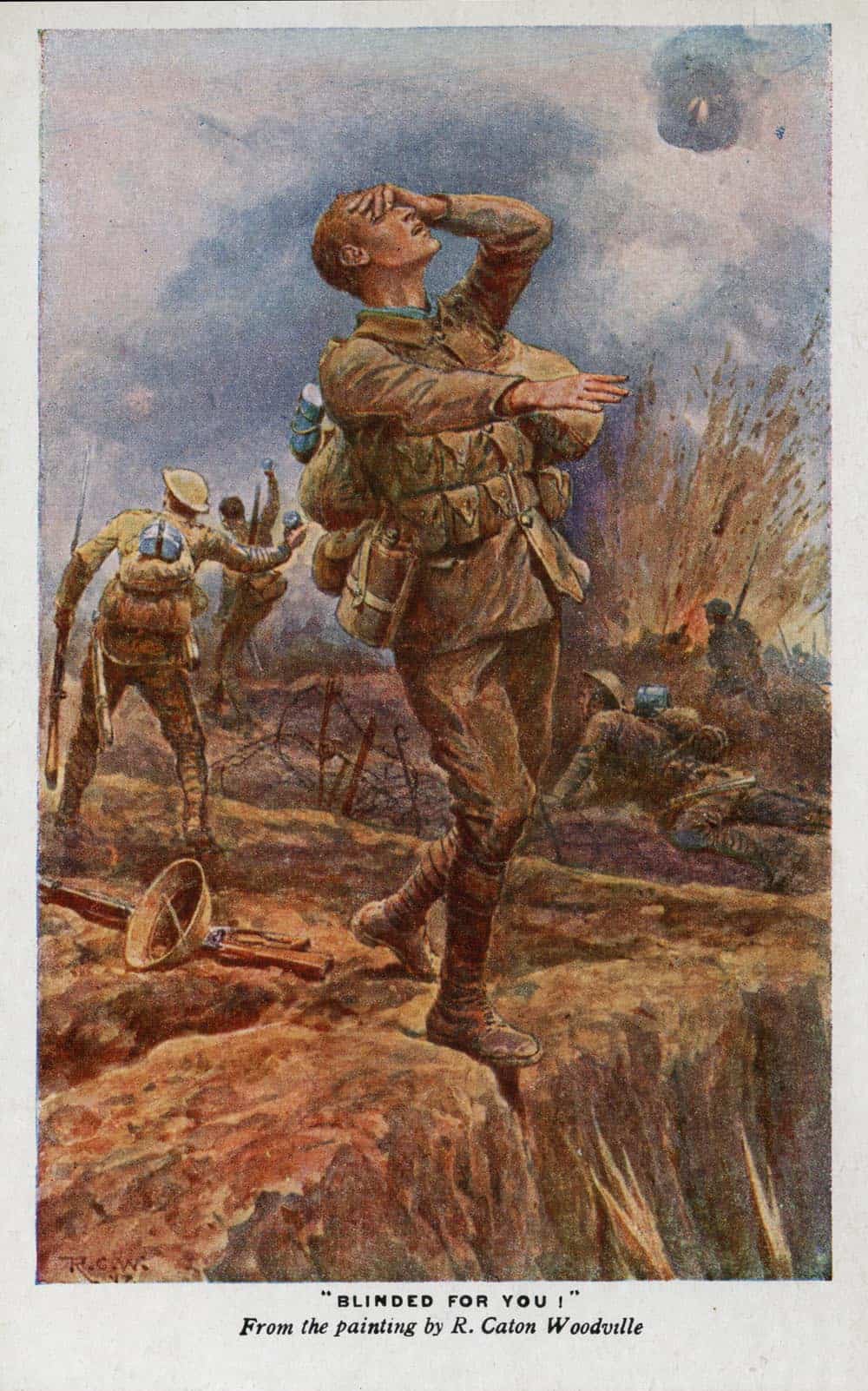 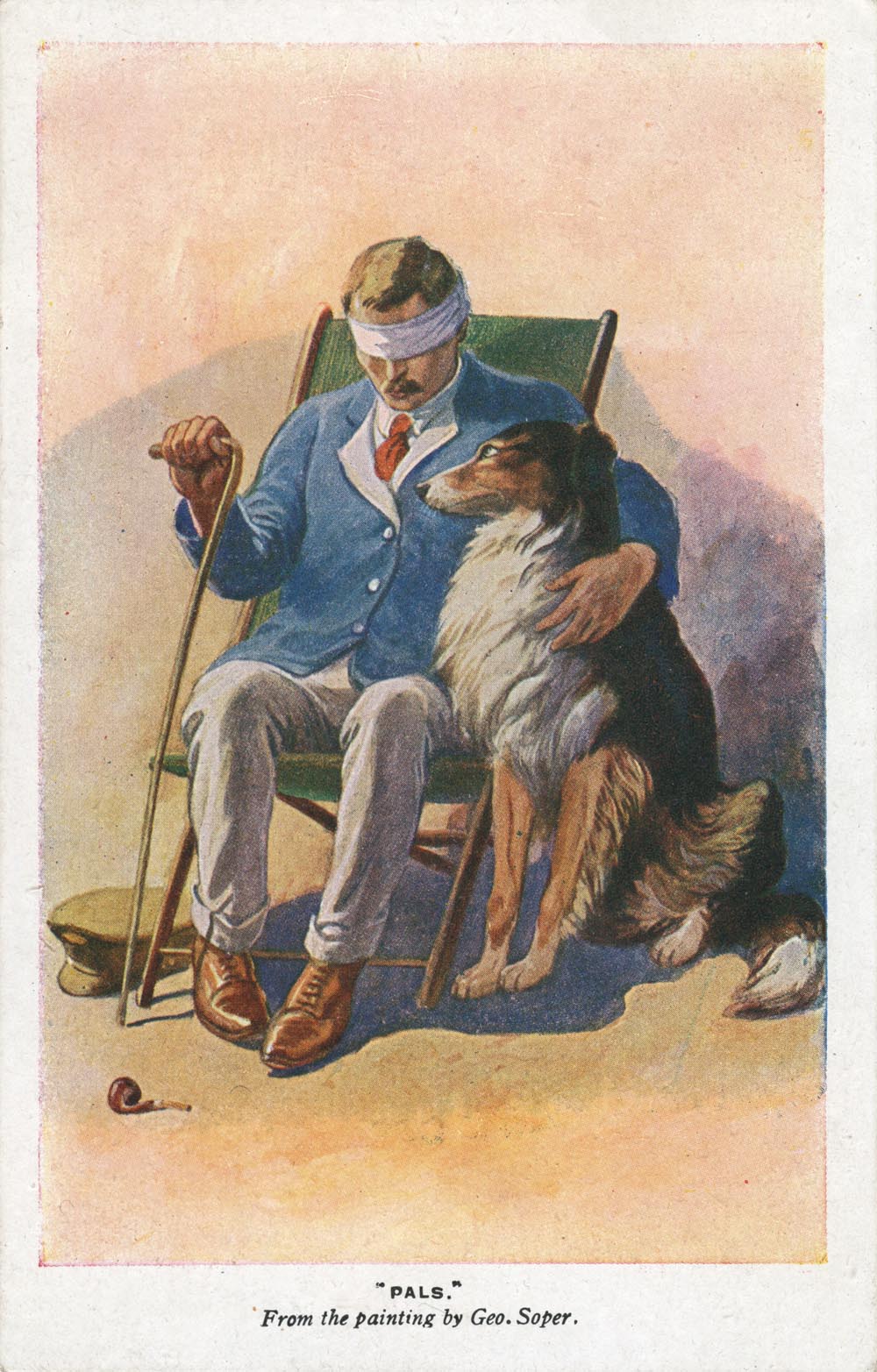 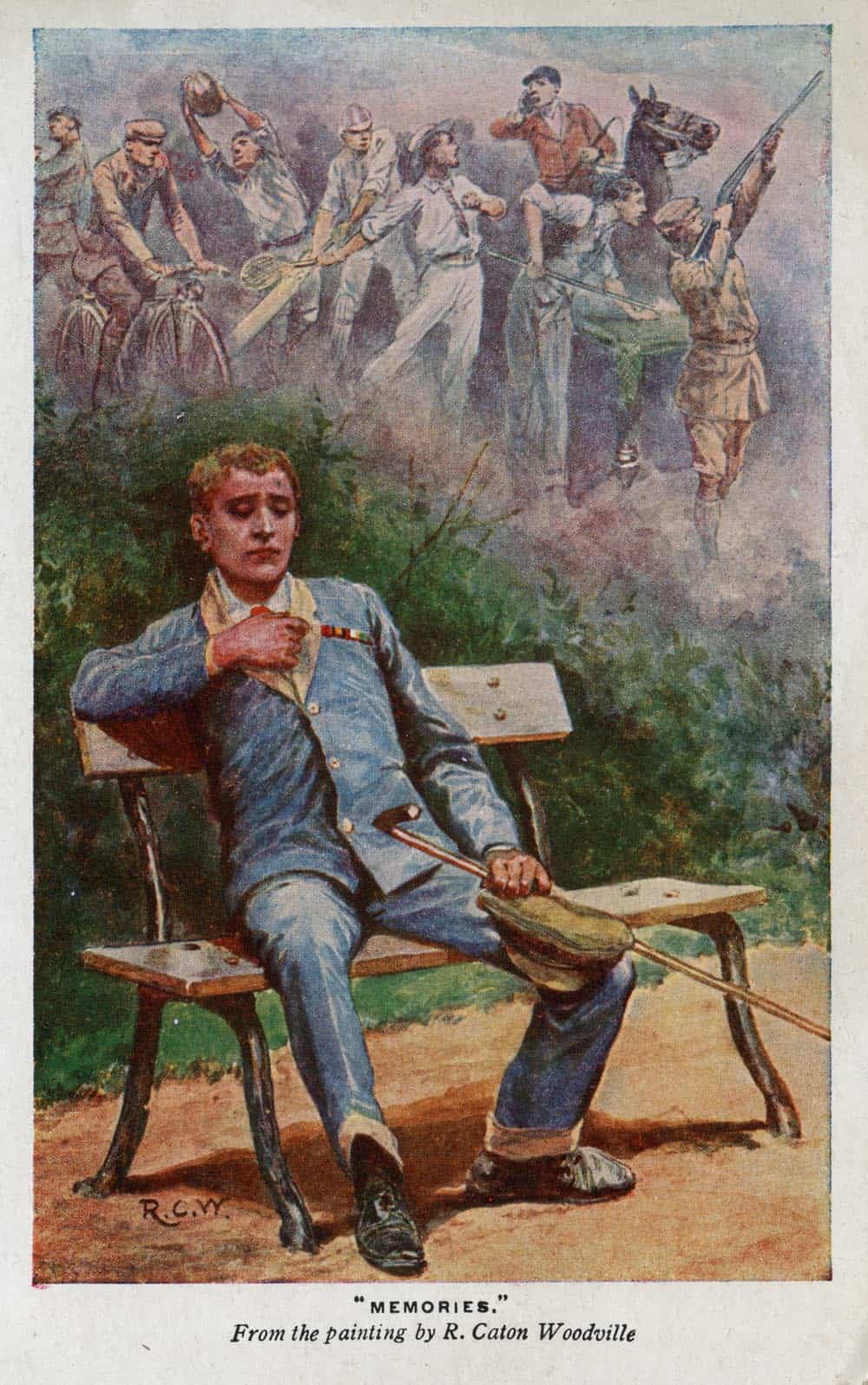 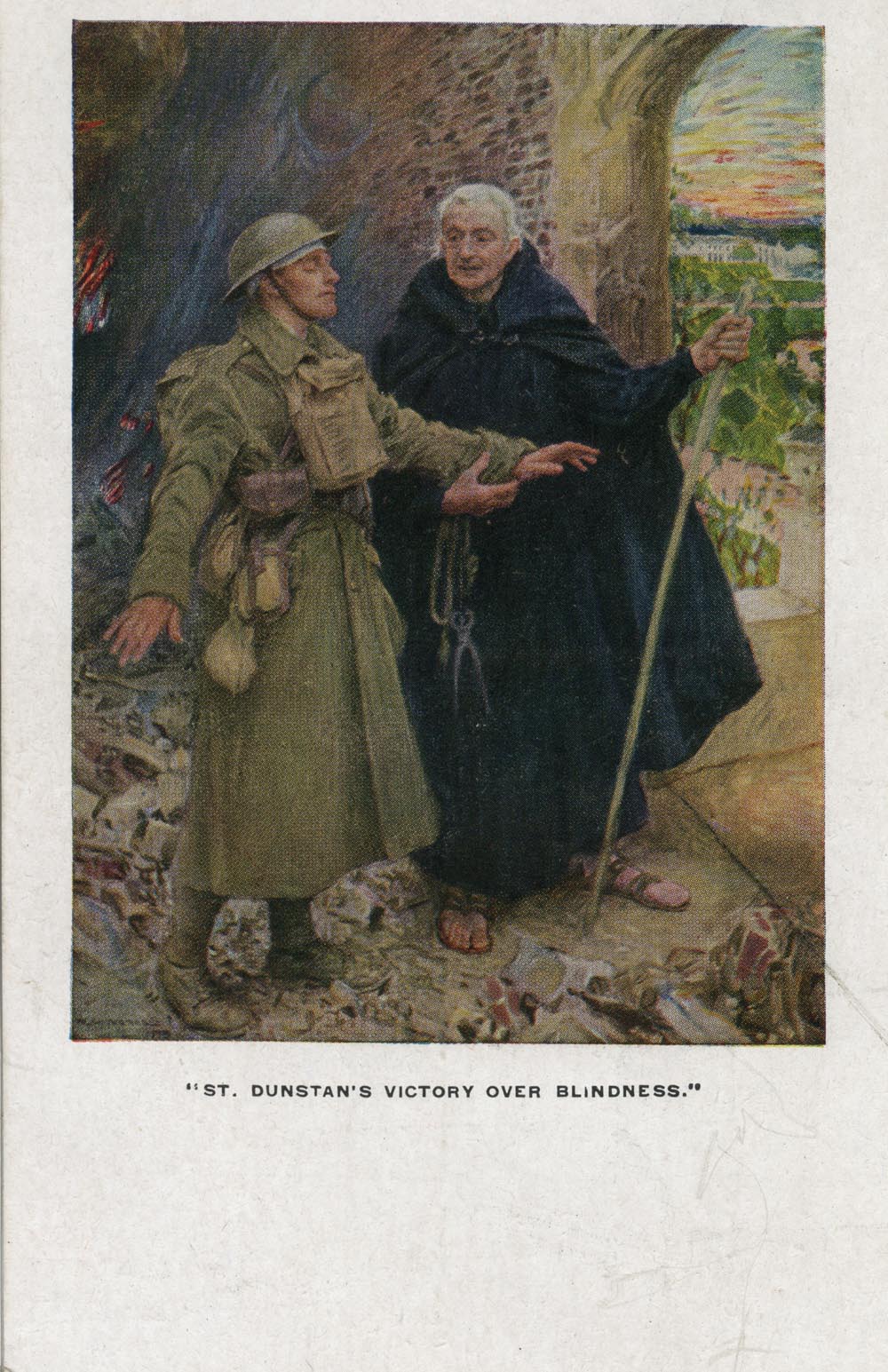 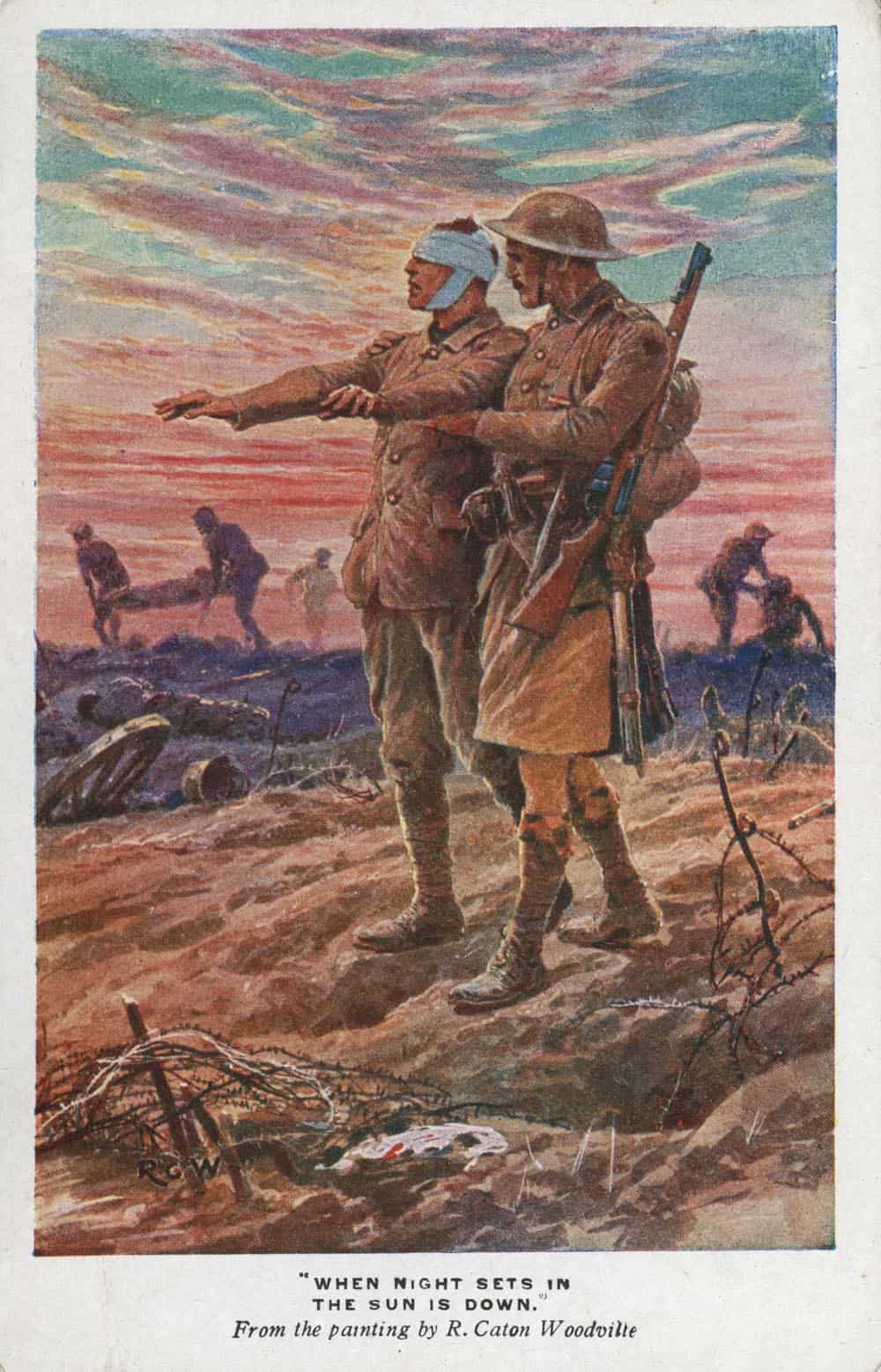