Lost in a landscape: Antingham 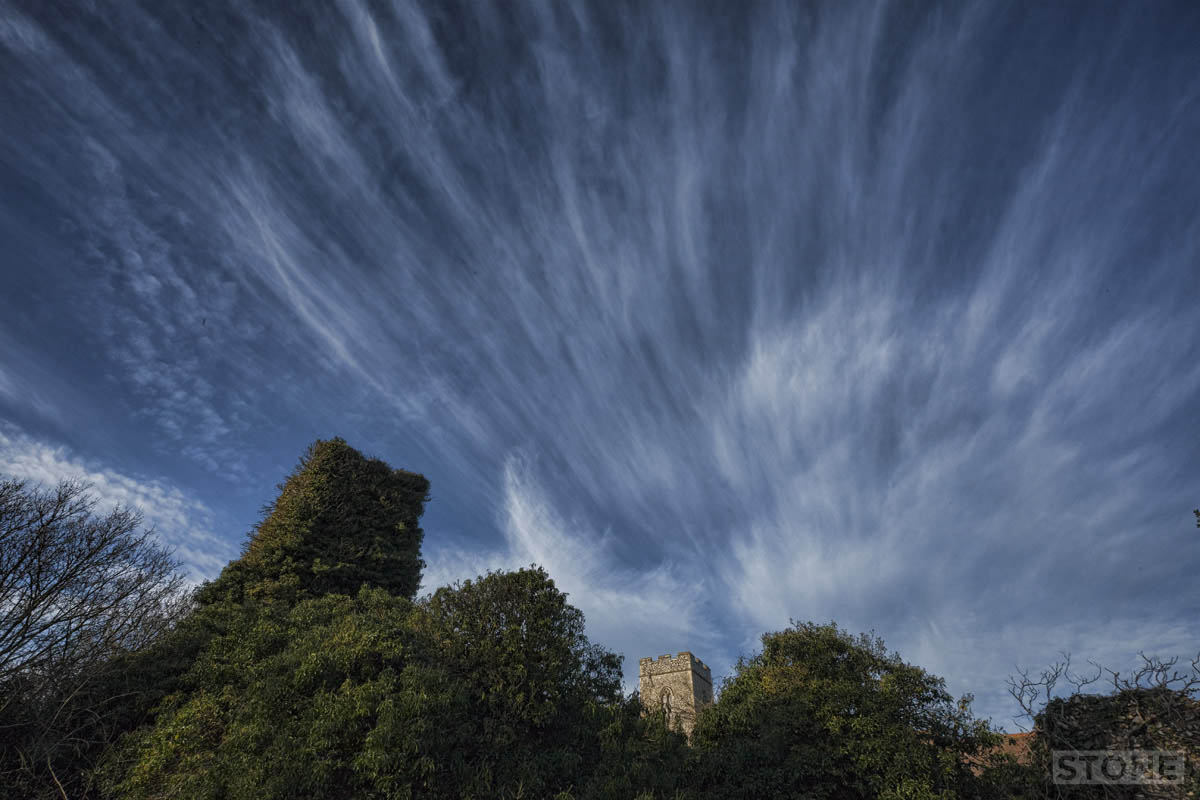 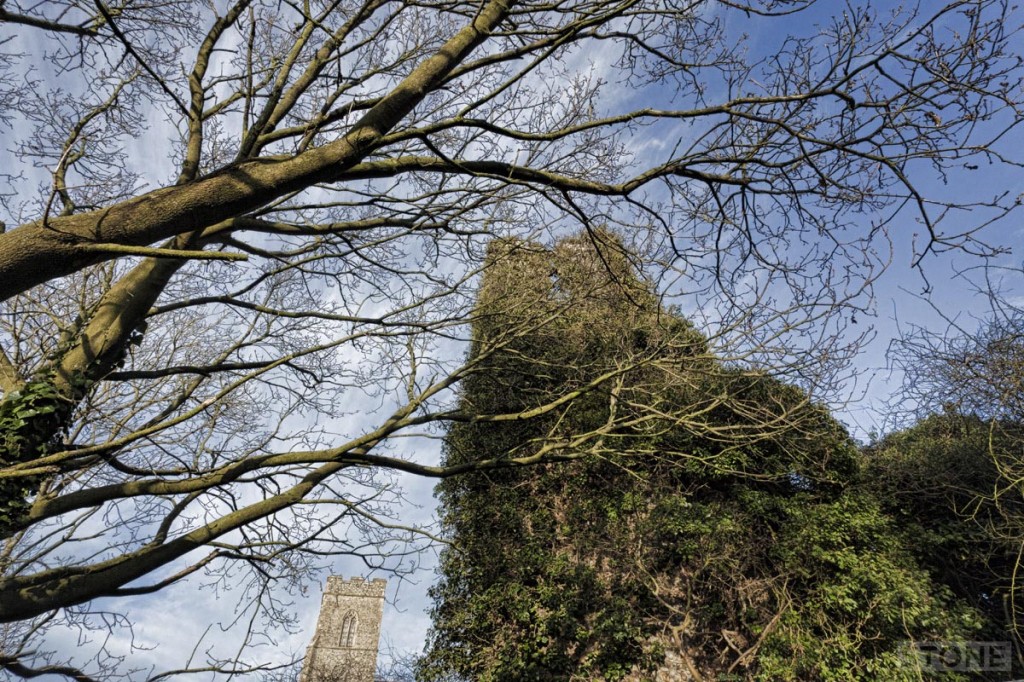 You can see Antingham, and identify it from quite a distance which is why I ended up there, I saw it from Suffield, remembered the view from trips to the coast up the A140 or across country out towards Aylsham. It stands out because of the two church towers outlined above the trees which look like they’re almost touching, so close together, one pale stone and flint, the other dark and shadowed by ivy. St Mary and St Margaret, like odd sisters. 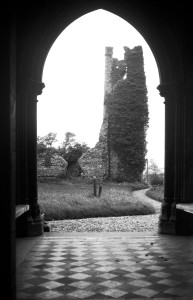 Antingham is small, the modern A140 cuts right through it, the roar of the traffic speeding up and down to the coast fills your ears from the churchyard blocking out one sense of the place. The village is small, but has existed for more than a thousand years, it’s name; Anta’s-ingas or Anta’s Homestead telling a story of an early Anglo-Saxon settlement. Domesday lists it as 33 Households with a reasonable tax asset, It’s affiliation was to St Benet’s Abbey. It’s main tenants were Roger Bigod and Thurston Fitzguy. Bigod was a fairly lowly Norman, but due to the to-and-fro of the era between the various Norman allegiences  was appointed Sheriff of Norfolk. Fitzguy was another Norman, but his line appears to cease with him. The village is also the source of the River Ant as it winds from the ponds here at it’s head down to the Bure feeding Barton Broad before entering the river at the Ant’s Mouth near St Benet’s Abbey. The river has seen a Bone Mill at it’s head wandering through thousands of years of thatching materials into the revolution of canals.

The twin churches are the star, forget the noisy road for a minute, ignore the jarring safety barrier around the ruin of St Margaret as it stands rotting in it’s green coat, they are parallel separated by a few graves and a stretch of well kept grass, born in close succession in medieval times in the decorated style around 1330. By the eighteenth century both were in a state of disrepair and a sacrifice was required, so material was donated from Margaret to Mary to save her eternal soul. There is a local legend that they are named after sisters rather than saints. And Margaret now has all the colours, glass by Morris, Burne-Jones and Rosetti and Brass dating back to the 1550 of Richard Calthorpe in full armour and his now lost wife Anne. 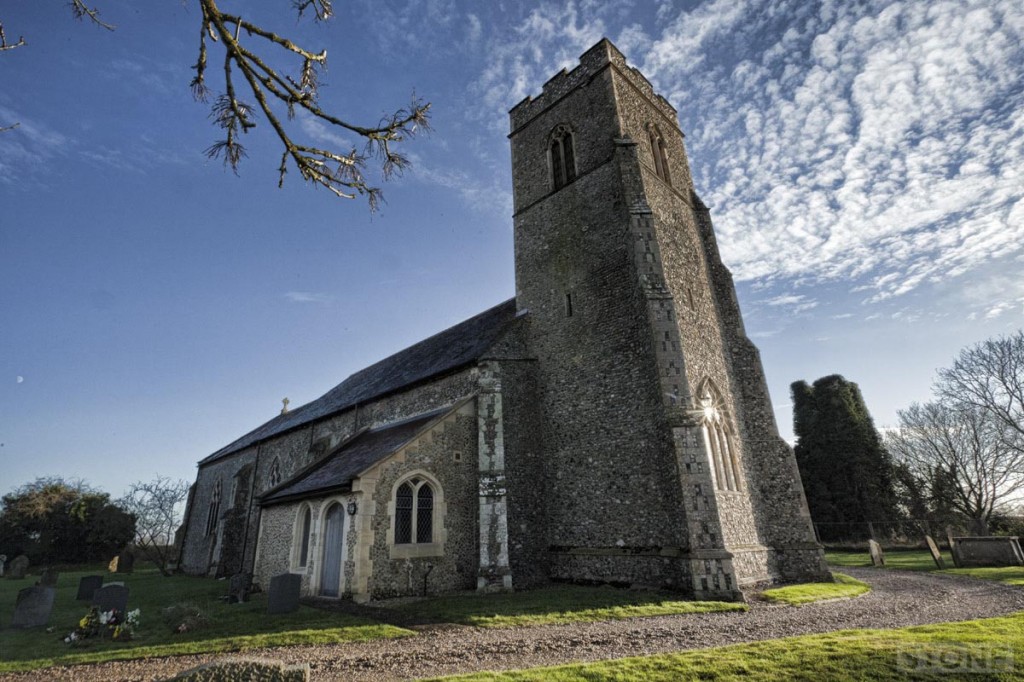 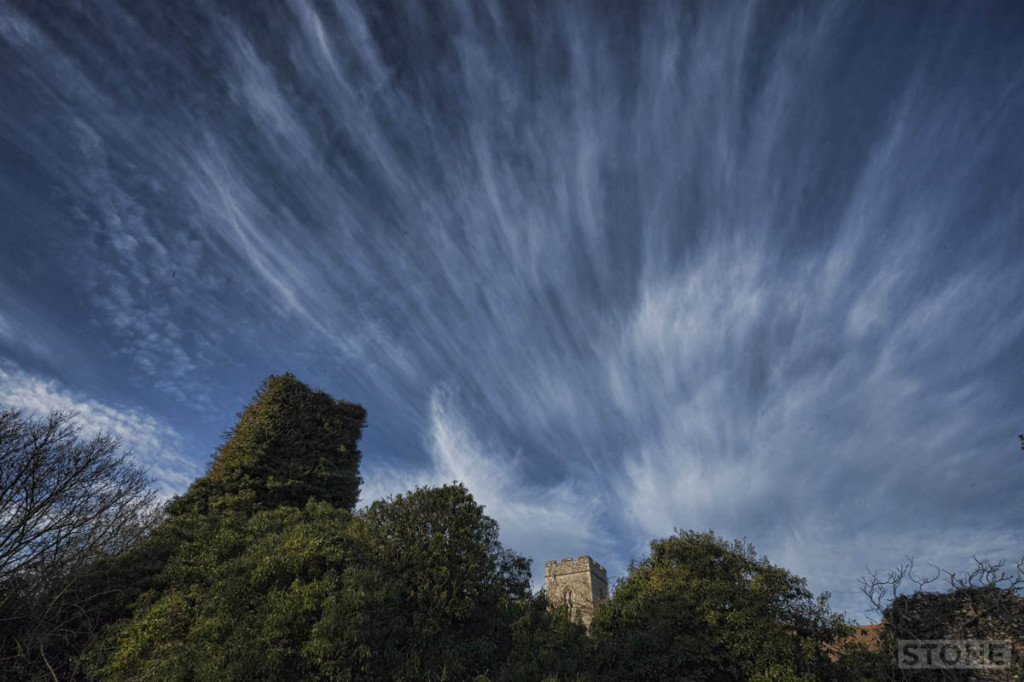