Lost in a Landscape: Shipden

Coasting, Lost in a landscape | 8 comments 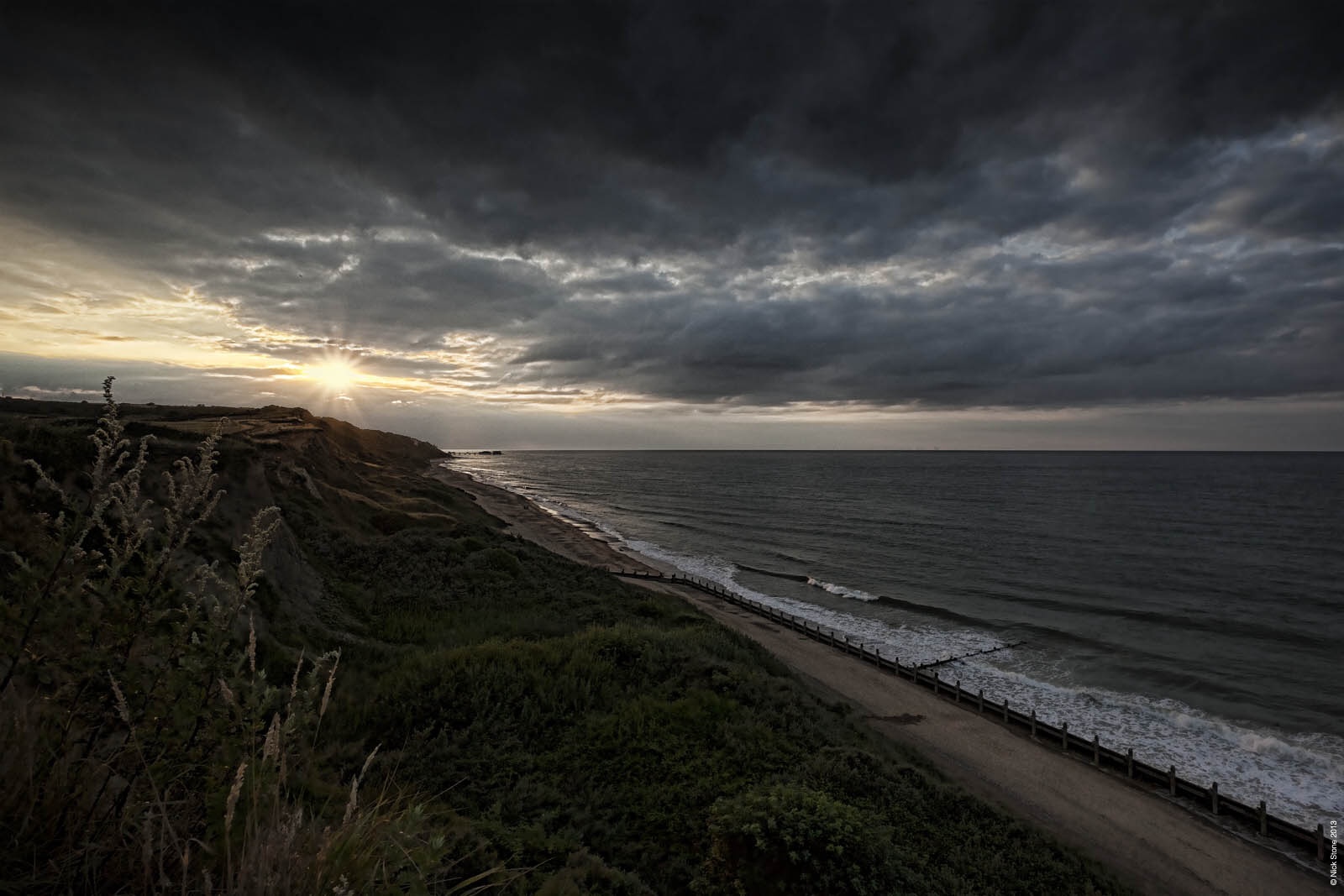 We are spoilt for lost villages in Norfolk and due to the nature of the coast have a huge number that weren’t down to the usual suspects, so not things like plague, pestilence or bad land for farming or landlords enclosing land or commons; moving sheep in to replace tenants as is the way with the ruling classes. As mentioned in the previous piece on Eccles juxta Mare, we lose villages to the sea, and have done fairly frequently in a reasonably well-documented fashion for the last thousand years. The Domesday Book, and various maps of the changing coast have seen a lot recorded that has vanished. John Speed’s map of 1610, shows some of the Later losses well particularly around Cromer, an area that hasn’t exactly been lucky when it comes to villages vanishing. 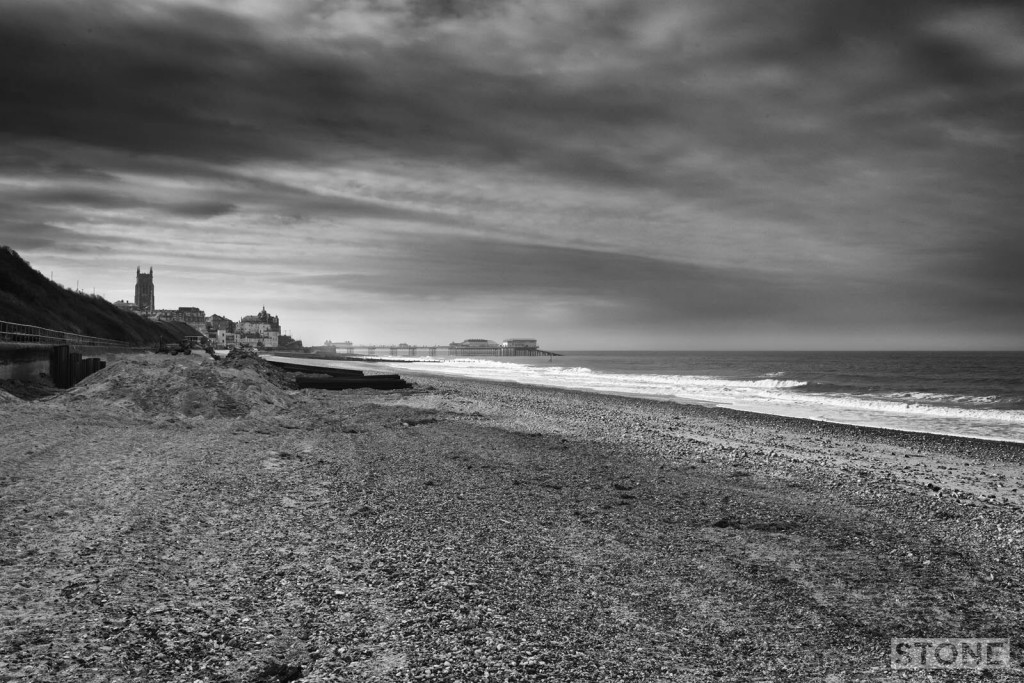 As you stand on the cliff top at Cromer or indeed to the North towards the Runtons and south towards the ‘Strands, on the high point of the coast you have to imagine those cliffs as part of a slope that extends seaward, and as you roll back time so the land remains you eventually come to a different coastline one where there probably wasn’t really much of a cliff and there sits a series of villages in what is now the North Sea. Foulness, Clare and the most famous Shipden, all of them just off the coast; Foulness was on a promontory hence the ‘ness’ in the placename, that stuck out into sea just to the North of Overstrand. It had its own lighthouse on a high point some 500 metres further out than the current one at Cromer which was still evident as late as the early 1700s. The beacon fell as the soft material became more and more exposed to the sea, eventually on three sides. Whether it was in itself a settlement is open to question but the name certainly appears on maps in the seventeenth century.

To the North of Cromer pier, if you look straight out to sea there is Shipden, about 500 metres out past the end of the pier, there are apparently remains in situ beneath the shifting sands. Shipden was recorded in the a Domesday book as having 117 people, four and a half plough teams, three acres of meadow and enough woodland for 36 swine, it also appears to have a manor house which was owned by the Abbott at St Benets and a harbour under the hill. I can only assume the cliff is now only the vestigial remains of the back slope of that hill, where you buy chips or game the slots, the tall old hotels looming above the sea, the pier slicing out into the old landscape underwater. And here the new town of Cromer sits, the present front line against the tideline. We all got a reminder earlier this year how even concrete is no match for millions of tons water being pushed by a weather system along the East Coast. 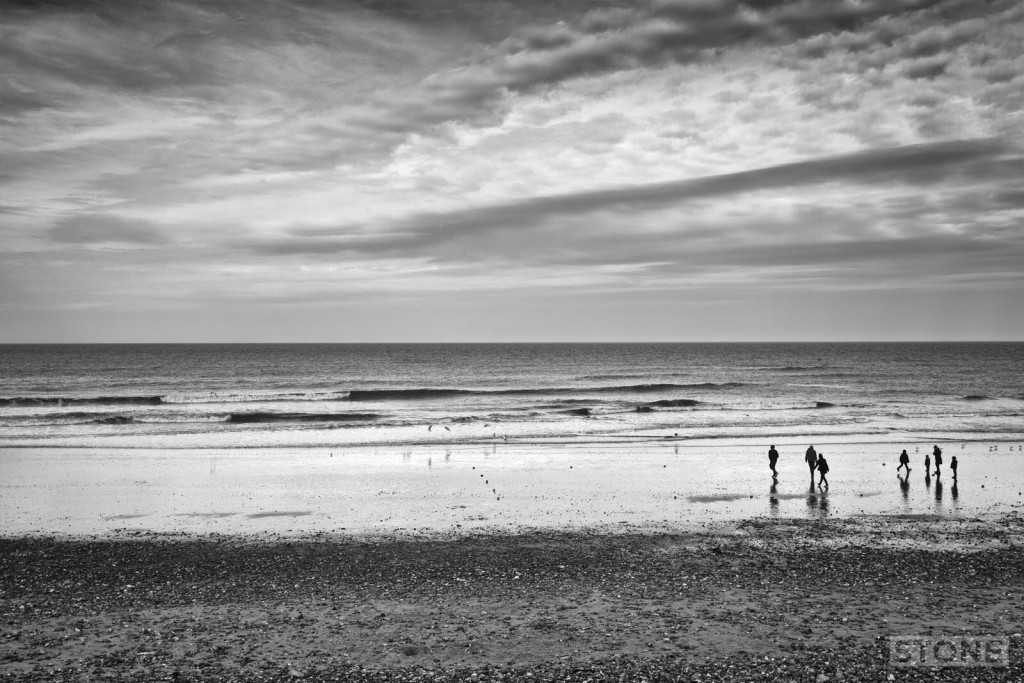 Shipden also had two churches; one serving Shipden-juxta-Felbrigg and Crowmere, just inland, and one serving the town itself. The latter vanished in the early to mid fourteenth century, first the graveyard, then despite the efforts of the local population building a jetty, the church itself and finally the town, the name gradually belong lost, Shipden junta mere, Shipden-juxta-Crowmere, Crowmere-juxta-Shipden, Crowmere and finally with it’s fishing, then fashionable Victorian assemblages Cromer.

There is a famous story, it almost seems apocryphal I’ve heard it so often down the years, almost entering the realms of local folk tale and can easily be made to depending on who you hear it from. I think the first time I heard it was from an ‘ole buh’ on the beach, I was about eight or nine, there with a friend, we were equipped with garden spades for some serious dam building action, our mums were sitting in deck-chairs chain smoking with a flask of coffee to hand not taking much notice and this old boy and his wife came along and told me if we dug too far we might find Shipden, he pointed out to sea and that was that, this story entered my life. On the 9th of August 1888, a steamer; a pleasure craft called Victoria that regularly made its way up from Great Yarmouth to Cromer routinely anchored up near where the pier would one day, fairly soon, come into existence. The cargo of thrill-seekers decamped via a rowing boat and go for a wander in Cromer to sample whatever vicarious delights Victorian people from Yarmouth found to sample. It probably didn’t involve artisan fudge shops back then or chips. By 3 o’clock they were back at the steamer and on board ready to head back to the bright lights of Yarmouth to the south. The skipper started to turn the boat when it hit something in the water, it had holed the port side on an underwater obstruction, everyone was removed from the boat again which wasn’t sinking but was firmly stuck and had taken on a lot of water. It was in fact stuck on something the fishermen knew as Church rock; alleged to be the remains of the 45ft high church tower still sticking up from the sea bed, sometimes visible on low tides as were bits of walls from houses. The Victoria stayed there for some time weeks in fact, and in the end was removed by dynamiting it and the rock.

And of course at night when it’s particularly stormy, above the sound of the waves you can still hear the sound of the church bell tolling below the sea, just as you can at every drowned church in the world during a storm. Whatever is down there is a bit of an unknown, but you have to assume that under the sand and shingle something will almost certainly remain of probably the best known lost village of Norfolk. 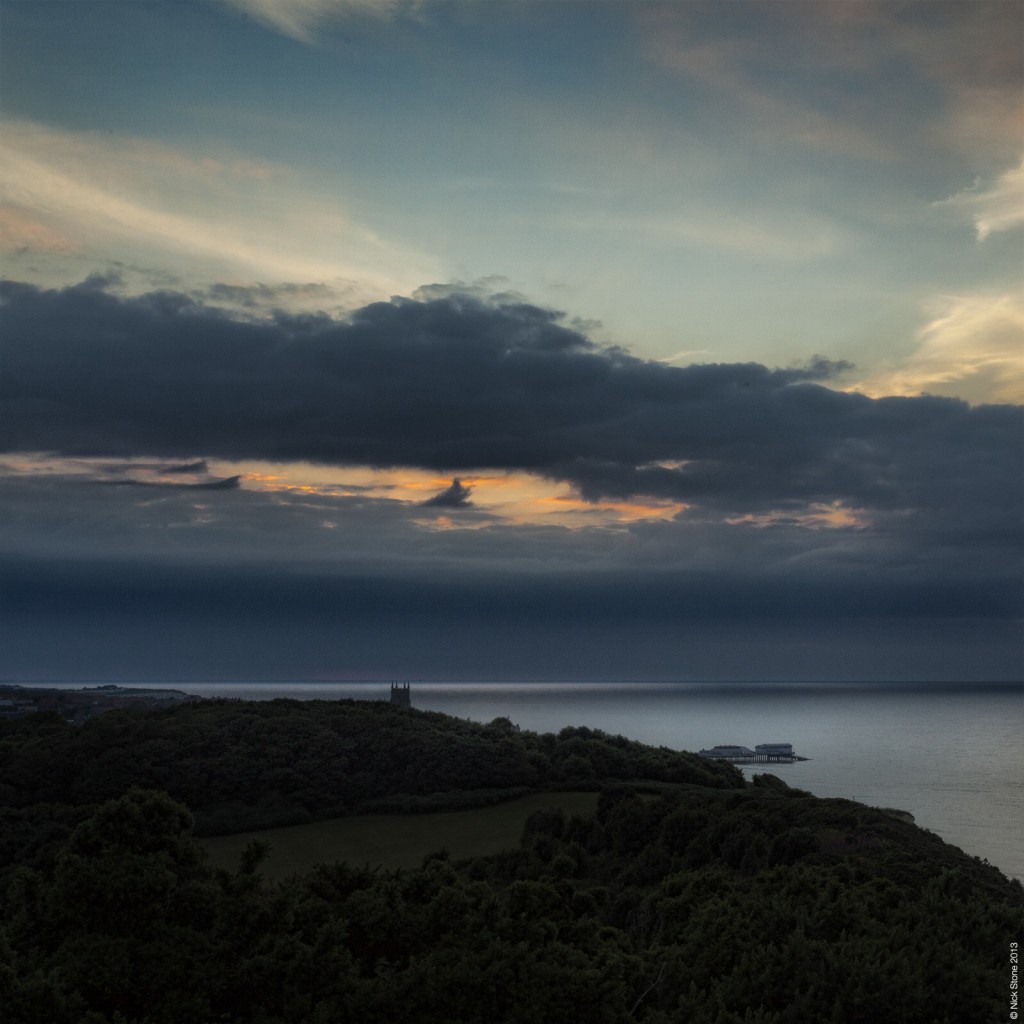 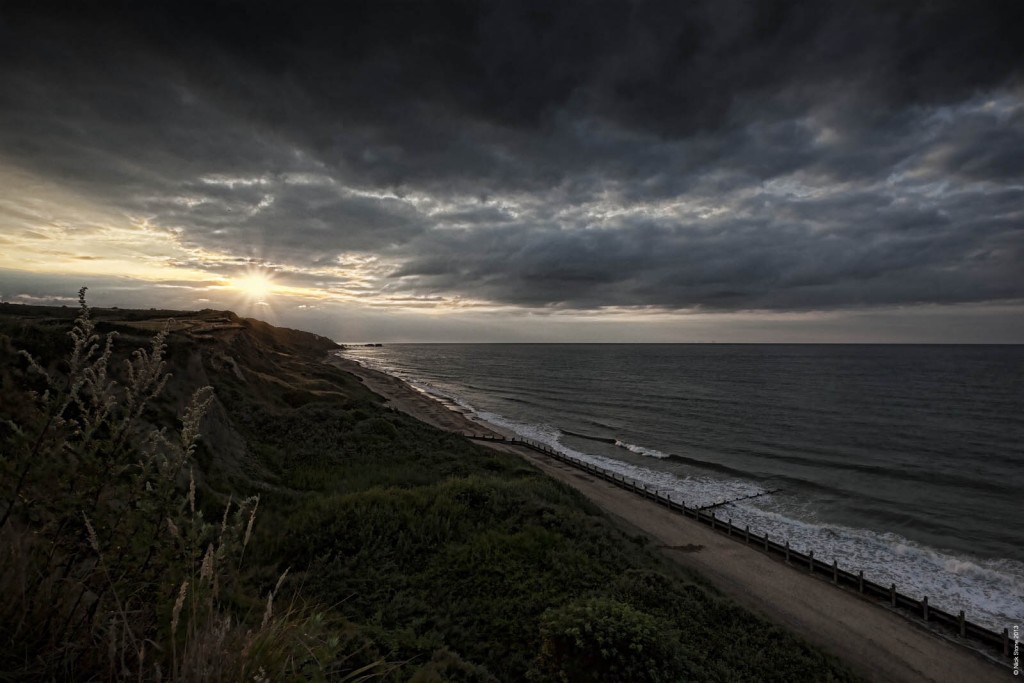