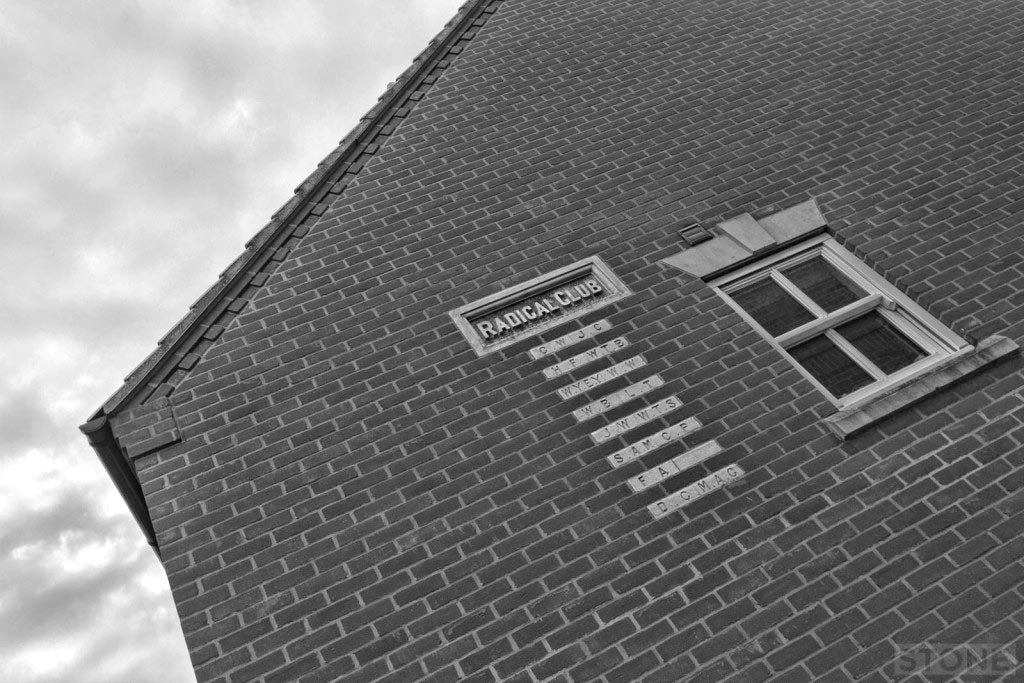 I had to go to the dentist yesterday, The one on Barrack Street that I remember being a pub with strange wallpaper in the 1980s, we drank lager and dripped ash on the pool table in there, The Sportsman. I didn’t realise then how long it had been a pub, since the 1820s it turned out, rebuilt in the clearances in the late 1930s that saw extensive chunks of Norwich cleared ‘of slums’ in this vital little bit of overpopulated Norwich, St Paul, Pockthorpe and St James, the barracks on the hill and Spitalfields. In the 1990s just after we moved from the flat-faced council blocks on St James Hill into the heart of NR3 and it’s sawtooth terraces, it shut as pubs do. When we bought a house in the mid 1990s we returned here to sign what felt like our lives away as it was now the solicitor recommended to us by a silver-suited shark who tried to force us to get an endowment as the market collapsed around us. So we signed on the line. Now a nice German man pokes my teeth with a metal probe in a vinyl chair just above where the pool tables used to be and I walk out past the bar area full of people waiting to get their teeth probed and drilled where I signed that bit of paper and time strolls on with me.

I walked home along Barrack Street crossing the asphalt breach made in the city wall where Bull Close used to not be when the Ring Road wasn’t there and a the now receding after image of church sat in the road next to the roundabout at the bottom of the flyover, it’s only memory the shape of the boneyard that the kids play in between the two open faces of the L that is what’s left of St Paul’s Square. And then there’s Cowgate truncated and grassed and tarmacked over. A good old English name Cu gata Cow Street. I knew that bit, I lived down here in the mid 1980s, names get into you when you routinely walk them from Willis Street and St Pauls to get to Anglia Square Sainsbury’s or The Plasterers; a favourite drinking hole. For anyone who liked proper beer from the 1970s onward after the death of beer under Watneys, it was a beacon, initially frequented by my dad in the 1970s when he worked across the road, when I used it a lot in 1980s it still did ‘curry for a quid, shepherd’s Pie for 75p’ style meals that he used to eat, I sat and did the same with a pint of Phoenix or whatever was on offer.

What I’d never noticed before in countless walks up and down this road was what is actually in the photo above; on the end of the row of fairly newely built houses is a plaque and initials. An odd thing to stumble across, even odder not to have noticed it before. It is a remnant, possibly not the original, too clean and freshly cut, but a distinctive echo of it placed back near where it had once been.

I have to now adopt a posture of assumption, is this is either one of THE Radical Clubs, The Jacobins, follower of Paine, something that Norfolk and Norwich was reasonably well-known for in the late 18th and the early 19th centuries along with London Nottingham and Sheffield, bits of Wales and Scotland, a disquiet rumbled away. Oddly Norwich had per capita more Freemen than any other city at it’s peak, That’s more than 3,000 ‘men’ allowed to vote, a quarter of the male population, not all men and absolutely no women, remember that when you don’t vote because a long-haired dazzle of charisma says there’s no point or because ‘it makes no difference’, it does. They were mostly fervently anti-Whig; think Lib-Dem, and anti-Tory rabble-rousers, who saw what was happening in France; revolution and radical change of a corrupt political system as the way forward; who opposed Pitt’s Coalition in the War with France, laws about exports of grain and cloth after the ‘regime change’ were already starting to hurt much of the export-based weaving industry in the city and agriculture in the county increasing the levels of poverty, where agriculture for small farmers was already causing pain due to the arcahic laws surrounding grain. The rattling of pint pots in the taverns and public houses could suddenly be heard particularly within the walls of the poor North in Norwich over the water. Heavy, long-lived discontent was re-ignited from memories of previous disputes and the inability to earn a decent wage. This festered away even after the war had finished leading eventually to the growth of Chartism in Norwich and the increasing desire and fight to get the working man the vote.

The other possibilities are it refers to move towards the Chartists, or it refers to the later Radical Clubs, the Marxists and the socialists; the Social Democratic Federation of the Labour Movement and the Radical Clubs in Norwich of around 1900, the push for change and reform the system to allow all men the vote, and ultimately after a further struggle by women for women, even now this continues to change, in 1969 the age dropped from 21 to 18, and maybe we will see it shift again.

Whichever it is, if I’m right on any of these fronts about this plaque then it seems quite right that in the dark evening of the 20th century as the clock ticked towards ten, we filtered away from meetings; Militant and IWA, Sabs, DAM ‘Dissenters, Atheists and ill-designing men’ to share our web of woes in the pub over the road, to moan about our pay or lack of it and rattle pint pots.

Since the days of old Kett*, the republican Tanner,
Faction has always seen us lost under her Banner;
From our country’s best Interests we’ve ever dissented,
In War we’re disloyal; in Peace discontented.

(should anyone have any further information, can correct any assertions about what this is or came put names to initials – please get in touch) 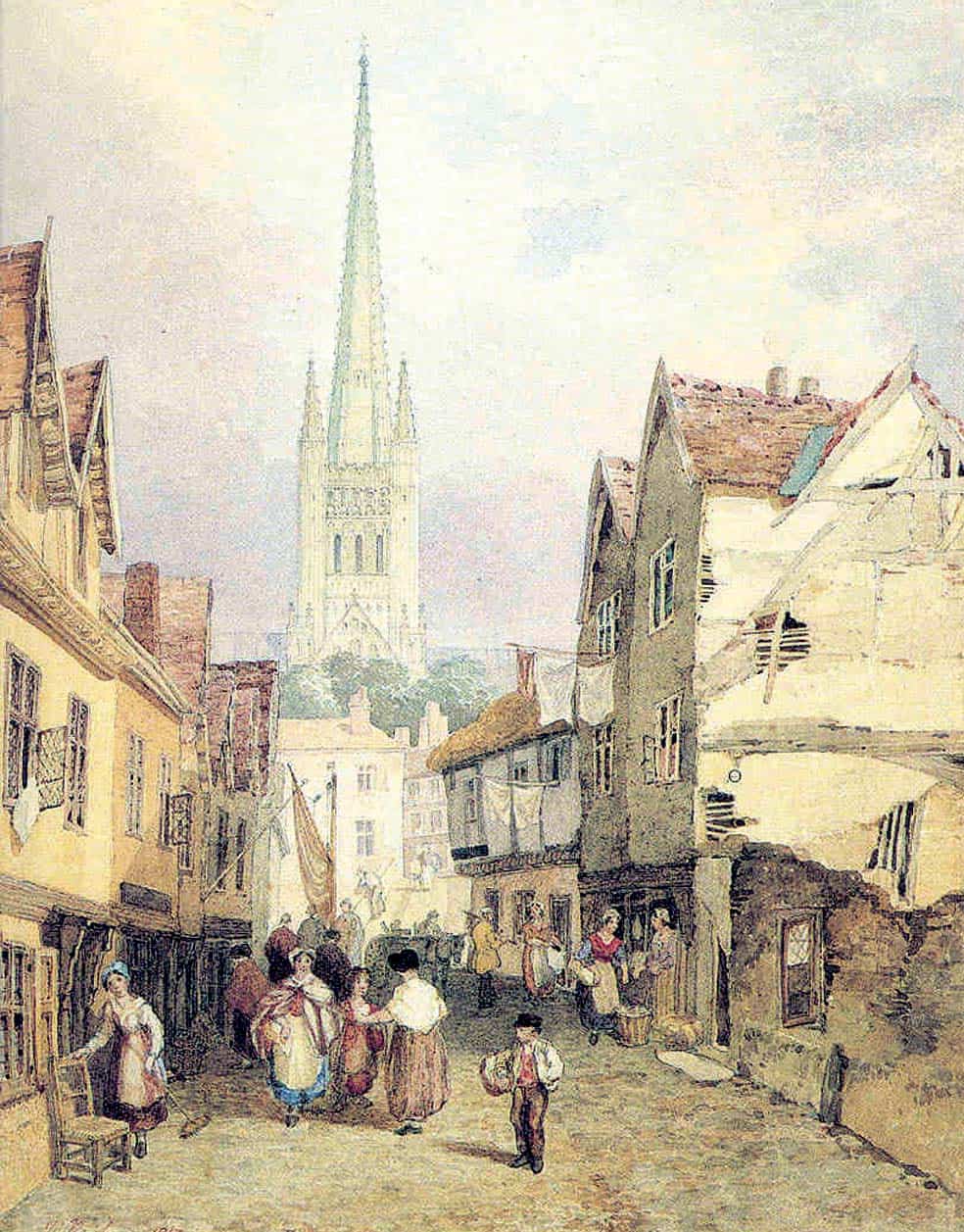