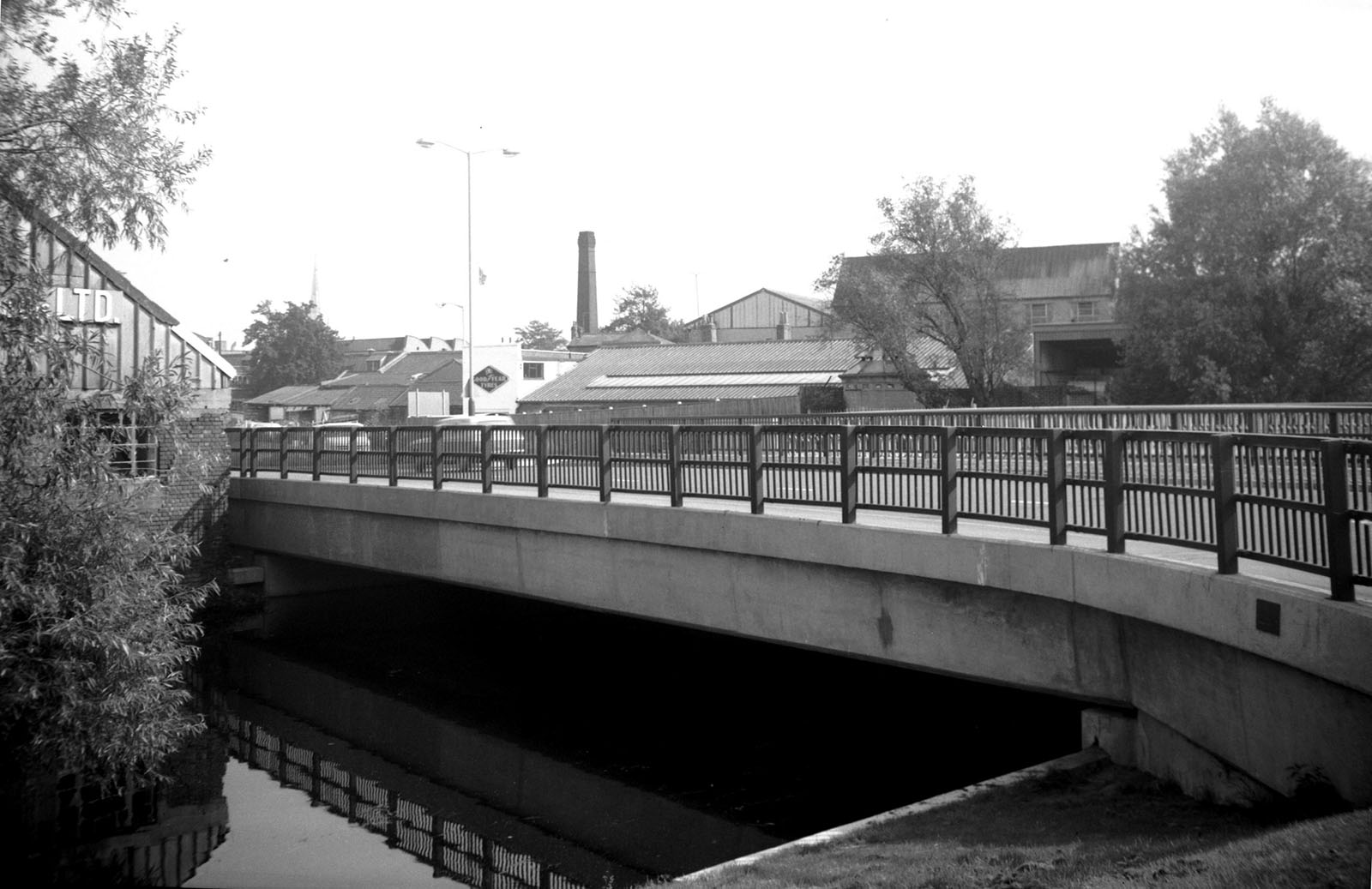 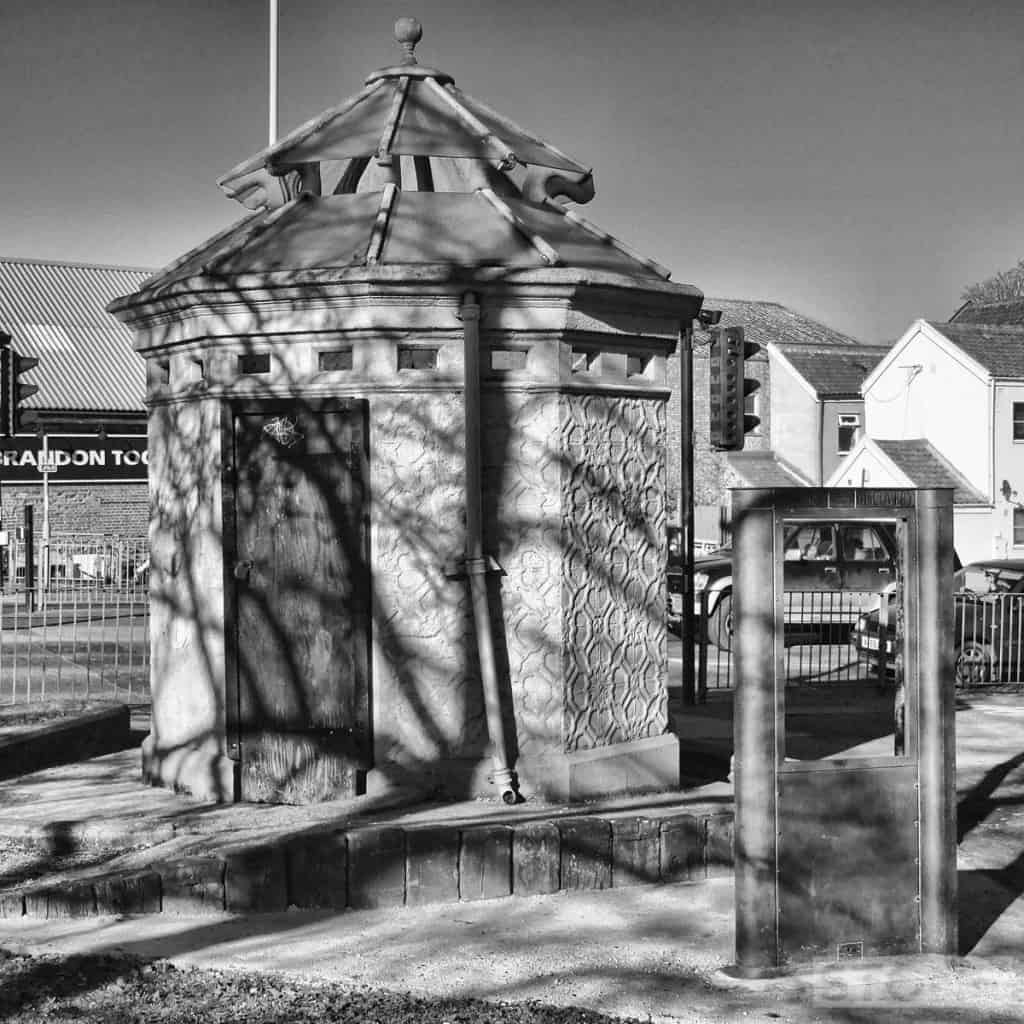 Norwich, city of culture twenty err something eventually, home of the world’s first pre-cast concrete sectional toilet. It’s like our very own version of Shropshire’s Iron bridge, only it’s a concrete toilet. You can’t go and utilise the facilities as it’s got a big bit of plywood screwed over the door, maybe take a hammer with you or a crowbar.

This is listed. When I took this photo in 2010, The smashed out “you are here” tourist sign set it off a treat, should you be in Norwich as a tourist and want to go and have a look at our very own bit of Gaudi-esque architecture, you can follow the brown “concrete bog” tourist signs from almost nowhere in the city.

Here’s something I raked up from the internet “The 10-sided toilet on St Crispin’s Road dates back to 1919 and is believed to be the oldest surviving concrete urinal in the UK. It has been granted Grade II listed status, and is now being renovated at a cost of £27,000” that was 2002, it appears this may have been a slight waste of money looking at the shit state it was in, I’m not sure if that’s changed, because I’m a bit risk adverse and haven’t looked at it for a while for fear of being arrested for loitering. As heritage goes this is all slightly odd. It sits on a blustery and noisy corner, surrounded by teetering and veering cornering cars, slightly hidden or more exactly forgotten by the river, just off the bit where Oak Street is sliced in two by the ring road, a spare and strange Norwich Taardis stuck as a bog forever. It’s near the equally lost and forgotten Jewish Cemetery and the actual proper niceness of the hidden Quaker burial ground (more on both of those another time).

One night at the very beginning of the 1990s as I wobbled and zigzagged my way home from a party somewhere off Earlham Road I got my head kicked here, ended up curled on the path my eyes fixed on it. It will therefore be forever embedded in my cerebral cortex, the last thing I saw before I gave up my wallet and passed out on the pavement in a pool of me. I never did find most of my glasses or get my wallet back. I can recommend the pavement here though as it’s quite comfy for a quick nap.

Jon Batley filled in some historical detail:
“That ‘torlet’ was the pissoir for Gentlemen before boarding a train, strange that the builders Wilkinson and Jarvis who built the original City station in all its ‘Romanticist’ design never thought about putting in a ‘torlet’ within the station. Even worse if you were a ‘lady’… crossed legs all the the way to Melton Constable”.
Stu McPherson says:
“The concrete pattern looks very similar to that used in the slabs made to build Dolphin bridge (built in 1909). Perhaps they had some left over and couldn’t think what to make out of it….”
“…What is even more confusing is that City Station, built in the early 1880’s had adequate facilities for ladies and gentlemen. This would have sat at a T-Junction of St Martins and Station Road and no river path – Factories stood up against the river. Perhaps the M&GN were sick of local workers and pub goers coming into their smart-looking terminus to do their business in grubby work clothes, or drunk, and hassled the Norwich Corporation (Council) into building this. Who knows. I love to fill the gaps in local history with a bit of guesswork”.
If you want a look, pop down, it’s probably full to the brim with leaves and litter by now. 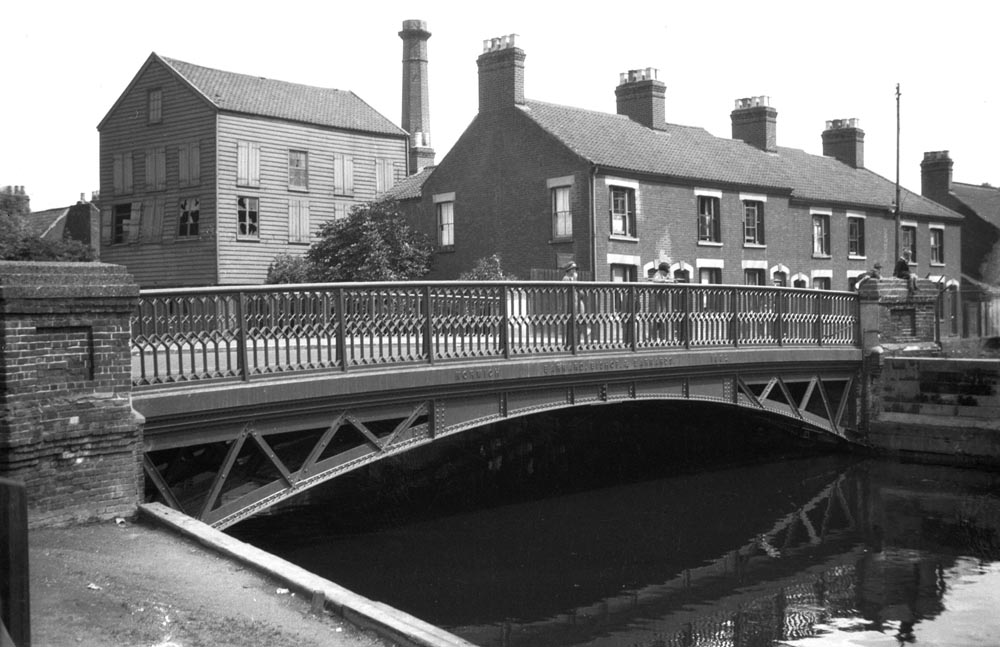