Coasting: Trimingham – On the beach 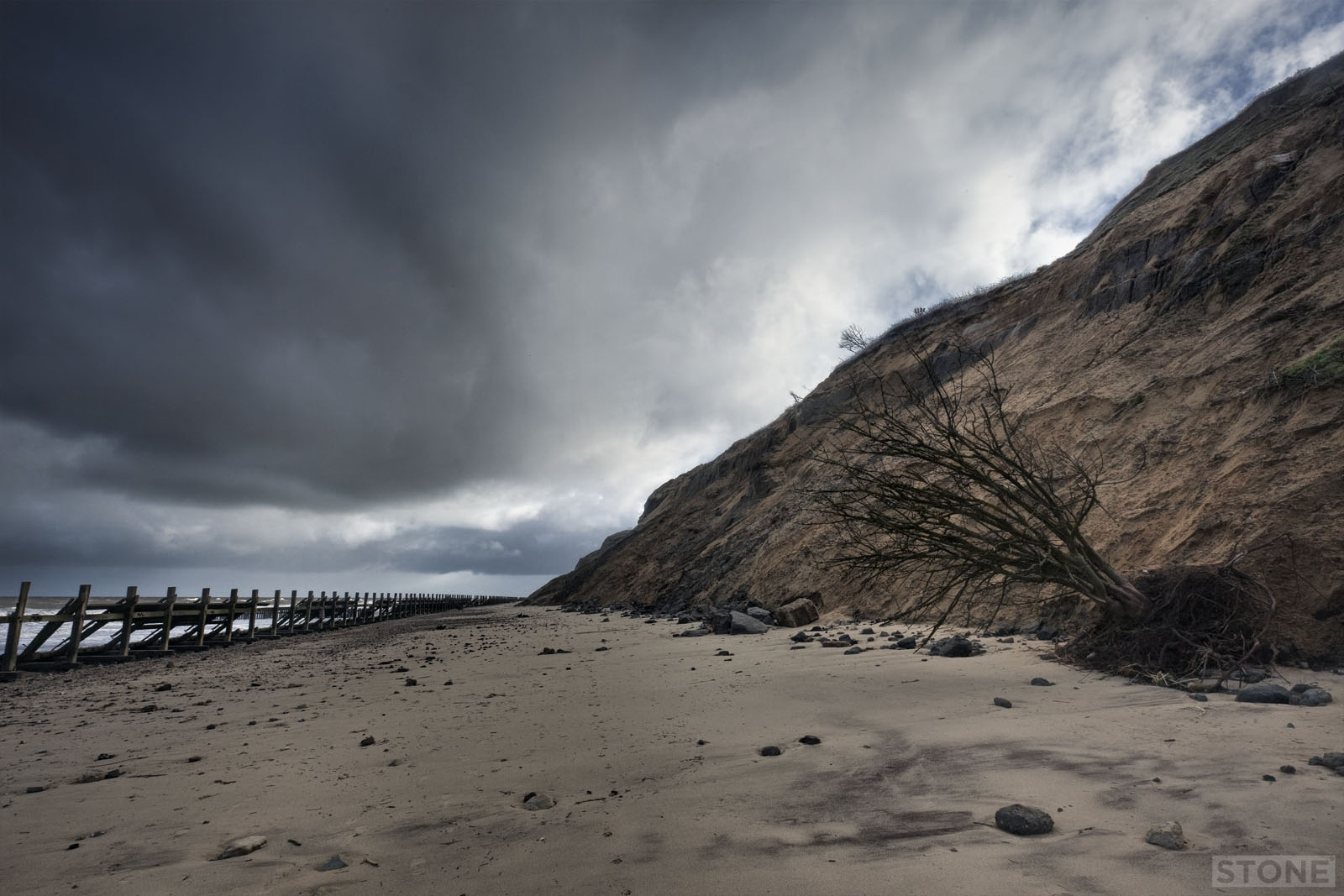 I wrote a bit about Trimingham a few weeks ago, it was canvas really, the backdrop, the beach is the deep history. Being what it is and how quiet it can be we went back. There was a bitter driving Northerly, ice bearing, even the hardy fishermen had all packed up and where stuffing gear into cars and evacuating in the face of an incoming hailstorm. But that’s when East Norfolk beaches are at their best when they’re empty of distractions, no dogs, except our, no people, except us, the wind whipping the incoming tide into foam, the melt from snow showers running down the slumped slopes onto shivering sand. 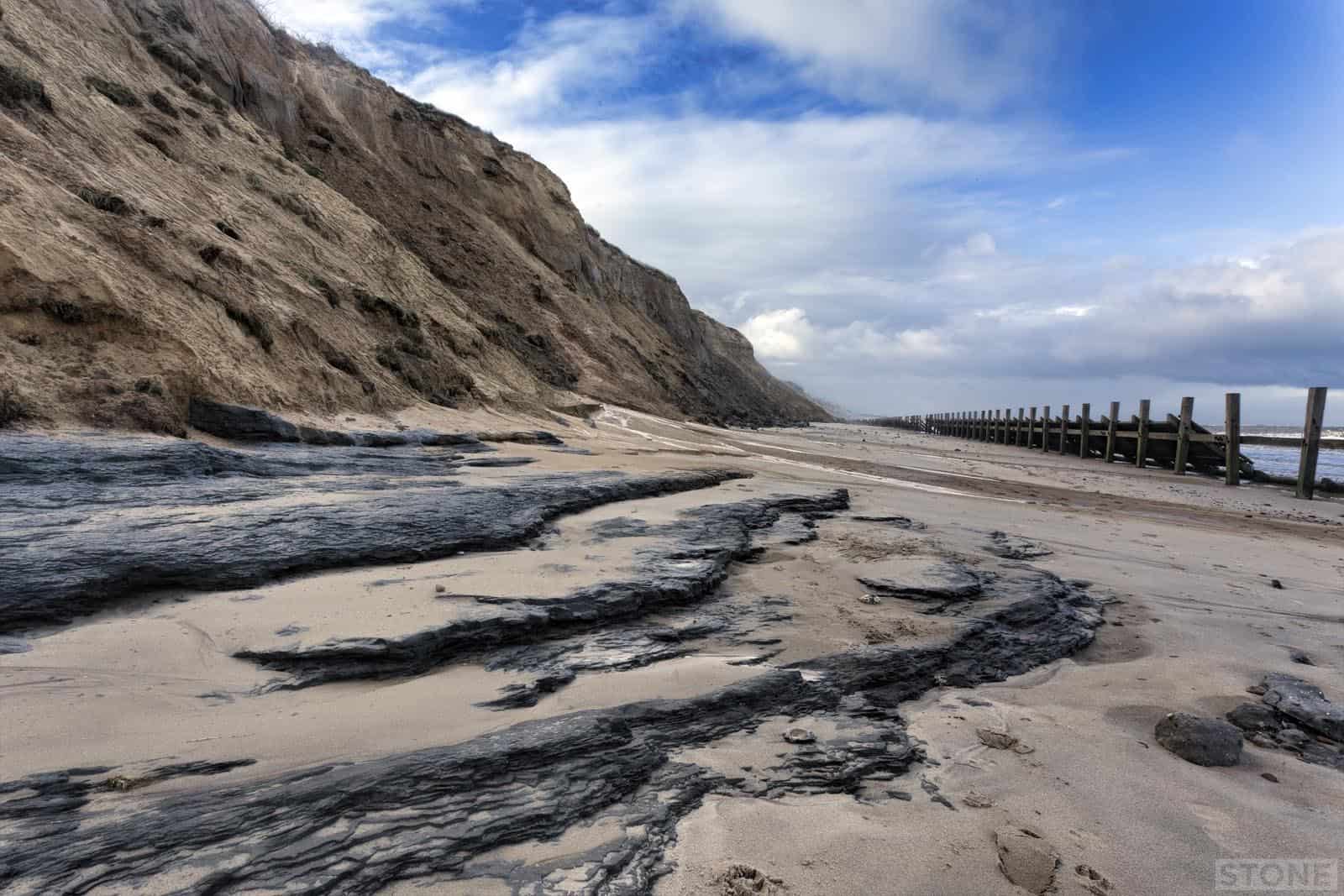 It’s a soft geology down on the beach, as you walk North away from the chalk, if you stay behind the busted breakwaters you can appreciate the mix of materials in the cliff, how layers are bulldozed in by ice, which colours were washed in by water rushing off the melting glaciers, and if you’re lucky you’ll get glimpses of the layers that formed the bed of Lake Trimingham as it slowly silted up with clays and out-washed sands.

Half the reason I’m posting this is because the light and landscape changed fast as the wind blew the weather down the coast, covering and filling dips with light, pouring slivers out onto the sea and drawing the detail and colour in and out of the cliff. The other reason is because since I went three weeks ago the sea has been up and washed back some of the sand and soil debris that had slipped down the face of the cliff and blocked some of the lower layers, these are visible again, I suspect in the same way that the West Runton beds have given us a Chunk of prehistoric Rhinoceros this week the lower cliffs have revealed some nice laminated blue clay, so I got to stand on a horizon that hasn’t seen the rushing light of winter storms for hundreds of thousands of years, buried and solidified beneath its own future, last in the air when it was settling organic material laden mud in a giant estuary on the edge of river that flowed North out into the sea above Doggerland. It won’t be there for long; the cliffs laden with massed runoff will pour mud back over it and seal it back down temporarily, but eventually the sea will flake the thin seasonal layers away suspend them back in water where they came from and it will be gone. 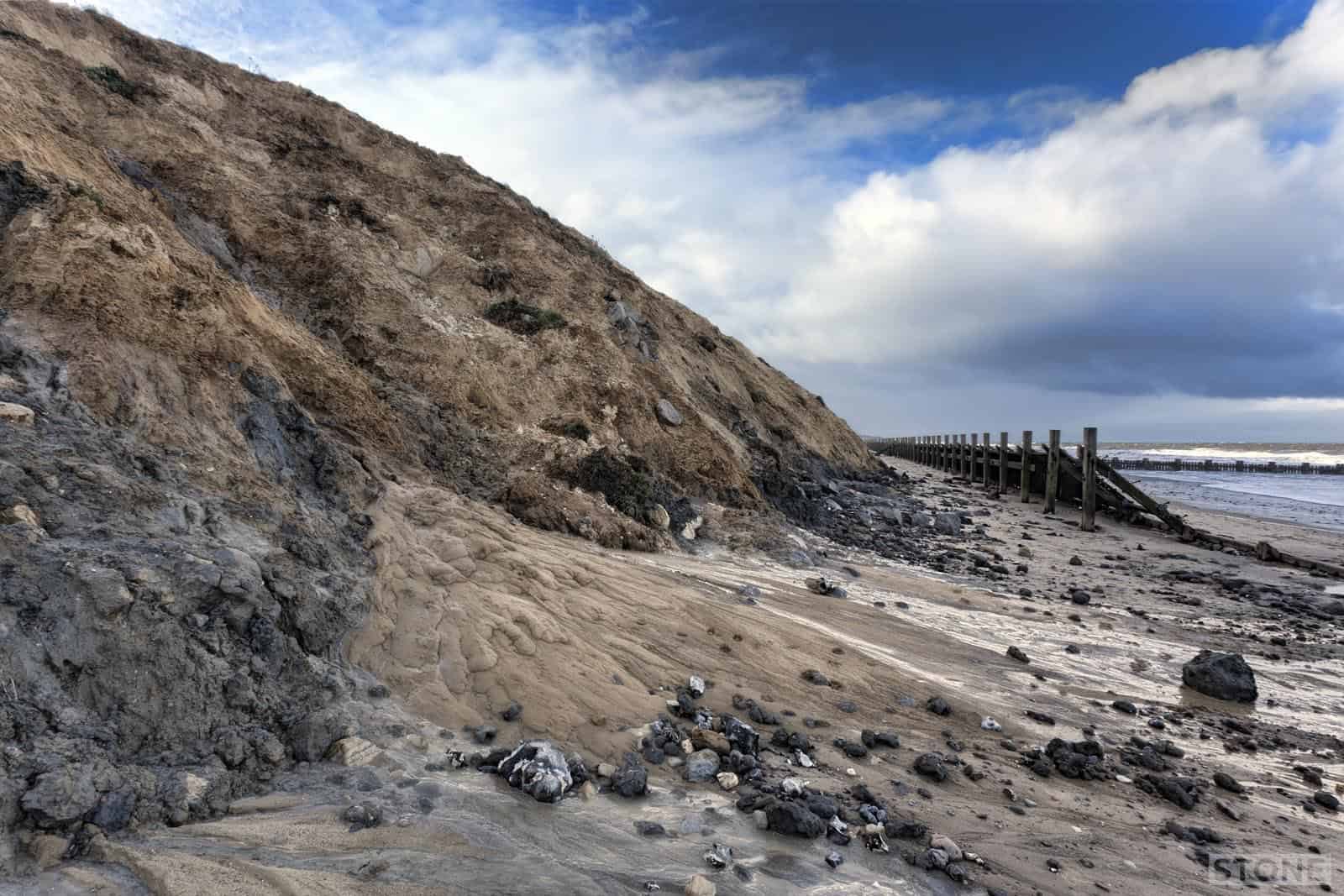 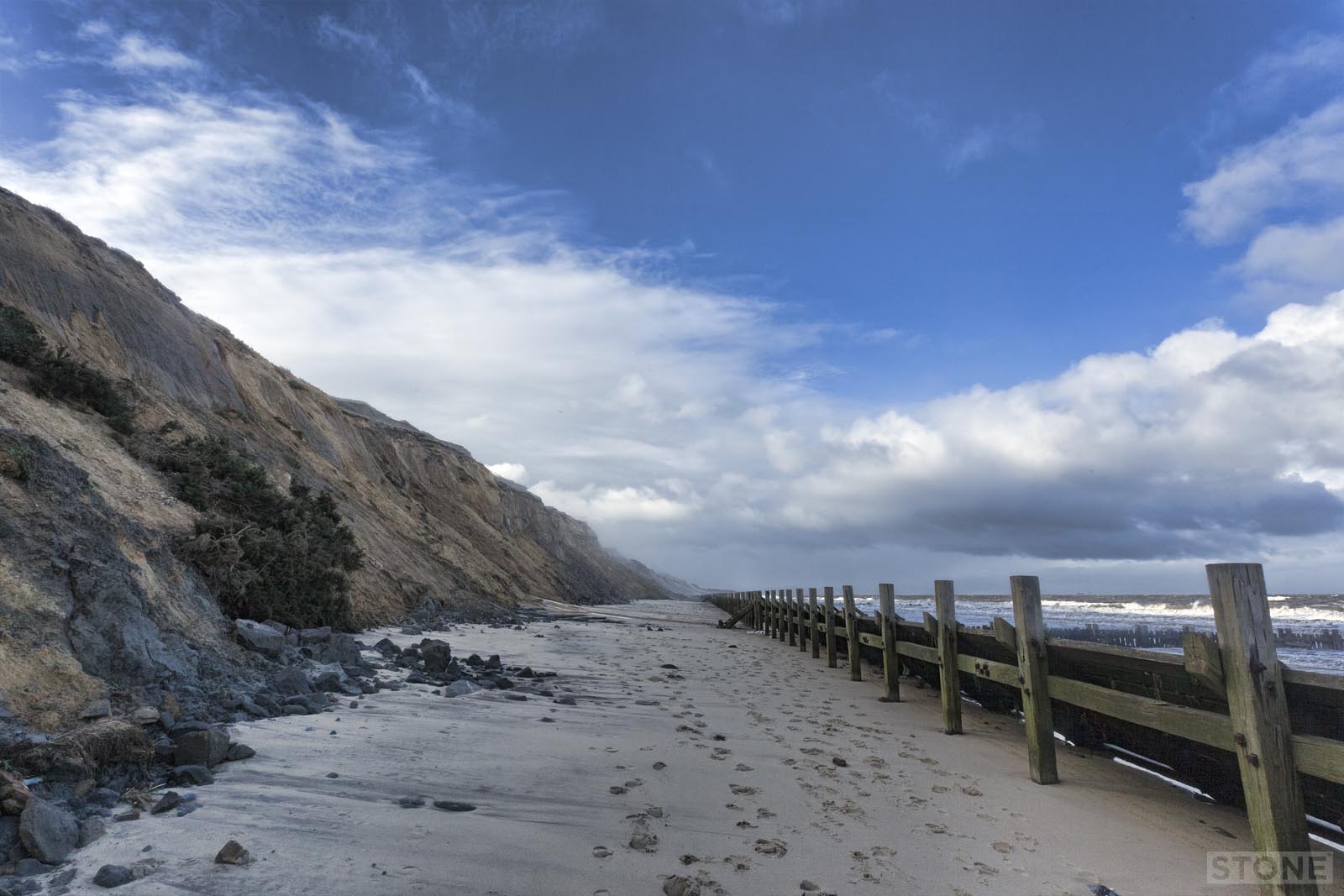