RAF Attlebridge …the end of the South Eastern runway, Honingham Road, Western Longville. The most accessible publicly visible bit of the airfield left. The first station built in Norfolk for WW2 use. Originally RAF flying Blenheims and Bostons, it passed to USAAF as designation station 120. The Yanks flew as part of 319th Bomb Group medium flying B-25 Mitchells, which then moved to North Africa, so it became a training base with a few B24s, then it passed briefly to the Dutch air Force flying Mitchells. Finally it closed for a while, while runway extensions were added and reopened in March 1944 as 466th Bombardment Group Heavy, flying liberators. There’s plenty of info out there on this so I’ll leave it to them to provide it.

It’s odd, I went hunting this one full of expectation, it’s remarkably complete, with all the runways pretty much intact, dispersal area, even a control tower and various buildings, The reality of a preserved site is rather different, because it’s a turkey farm obviously the access is really limited, gates, lots of bushes and trees planted along the edges, so bits like this runway and a few chunks of dispersal are all you can really easily get to. What’s odder is the next one I’ve visited which promised so little contains so much more to seek out and was far more  intriguing despite the removal of nearly all of the runways.

Above is RAF Attlebridge’s main runway complete with turkey sheds and phone lines neither of which are there in my head as fat bodied inelegant Liberators from 68 years ago slip through some temporal hole in my cortex and thunder over me like an airfixated kid.

And below; less atmosphere here than you’d think was possible, The mechanisation of farming is just a fact of life really, so it’s Turkey sheds and checkpoints. This is the Western End of the Main West East Runway, It’s also where the trucks turn up to load up Turkeys or escalopes of said turkeys or something. It’s Bootiful obviously… *sigh*

I ‘d driven pretty much the entire perimeter at this point and stopped at about 15 dispersals, the memorial, some tank traps, got looked at funny by some people. there’s little point in recording a lot of it, as it’s all so hidden as mentioned previously or just hugely unphotogenic, as is this. As an interesting addenda, some friends of mine have been looking at Attlebridge Station, which would have been important to the airbase, here they found a pile of burnt and broken sheet glass, part of teh roof from Norwich City Station on Barn Road dumped there down the line after the Luftwaffe had burnt it out. 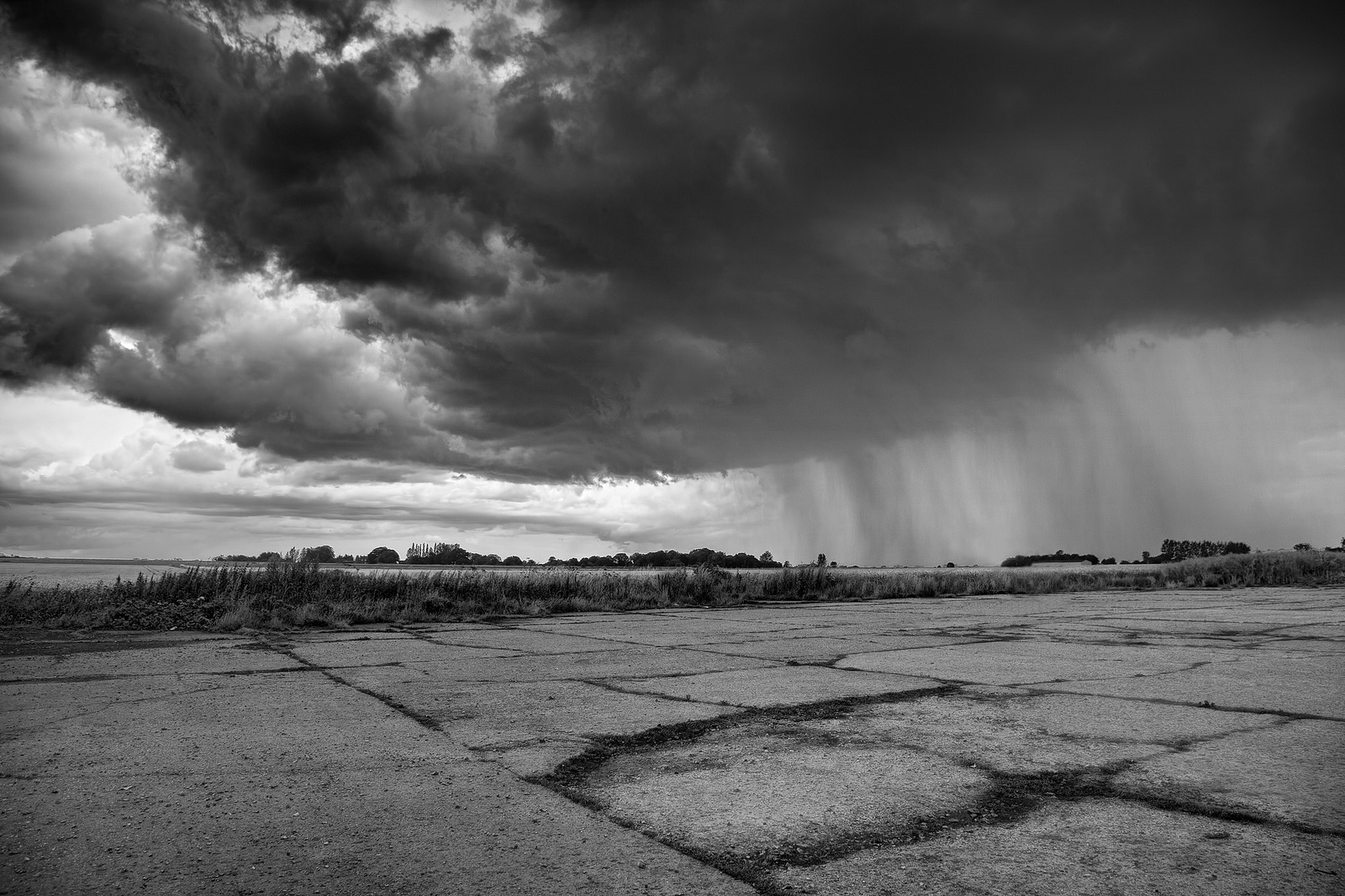 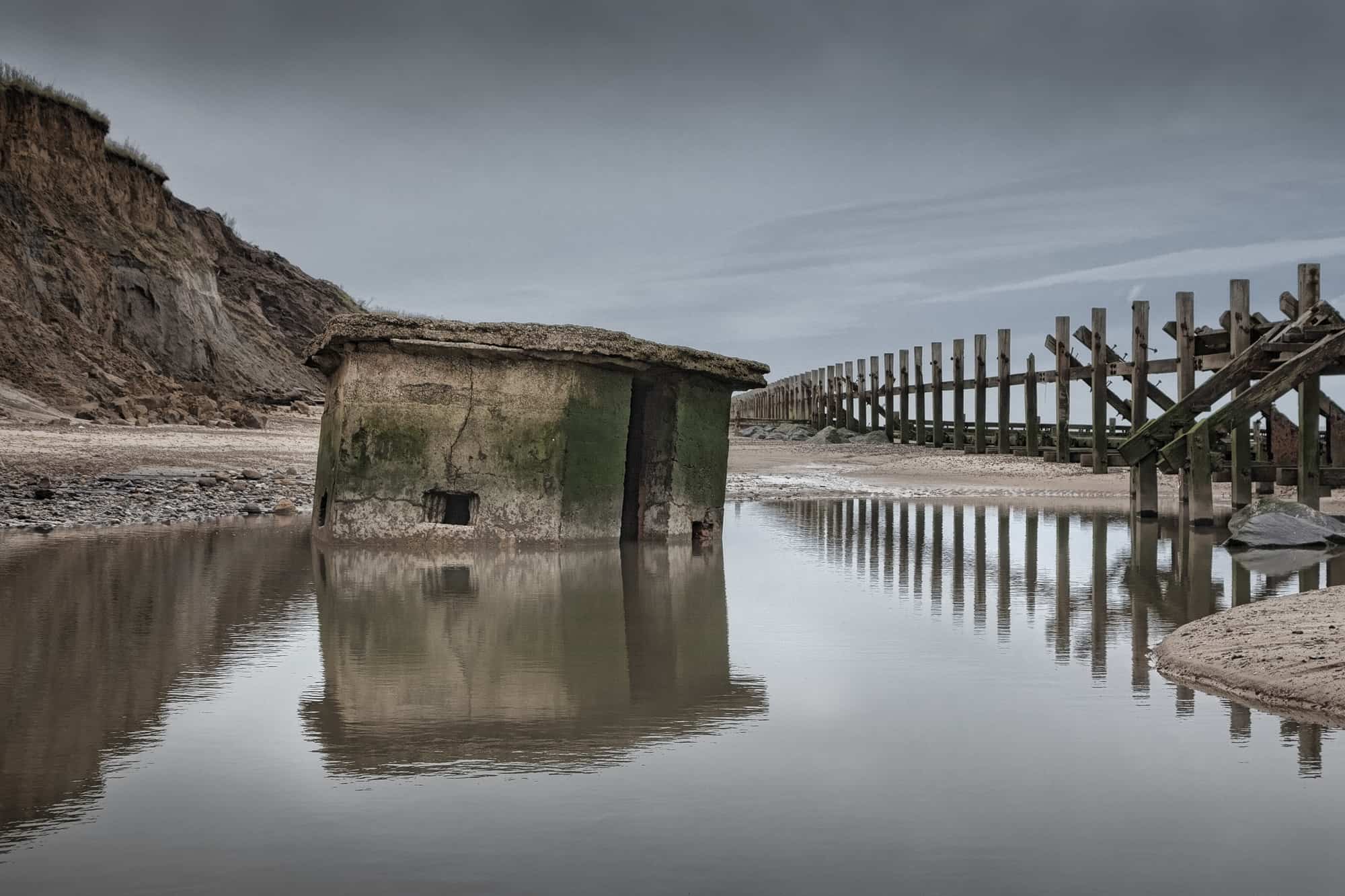 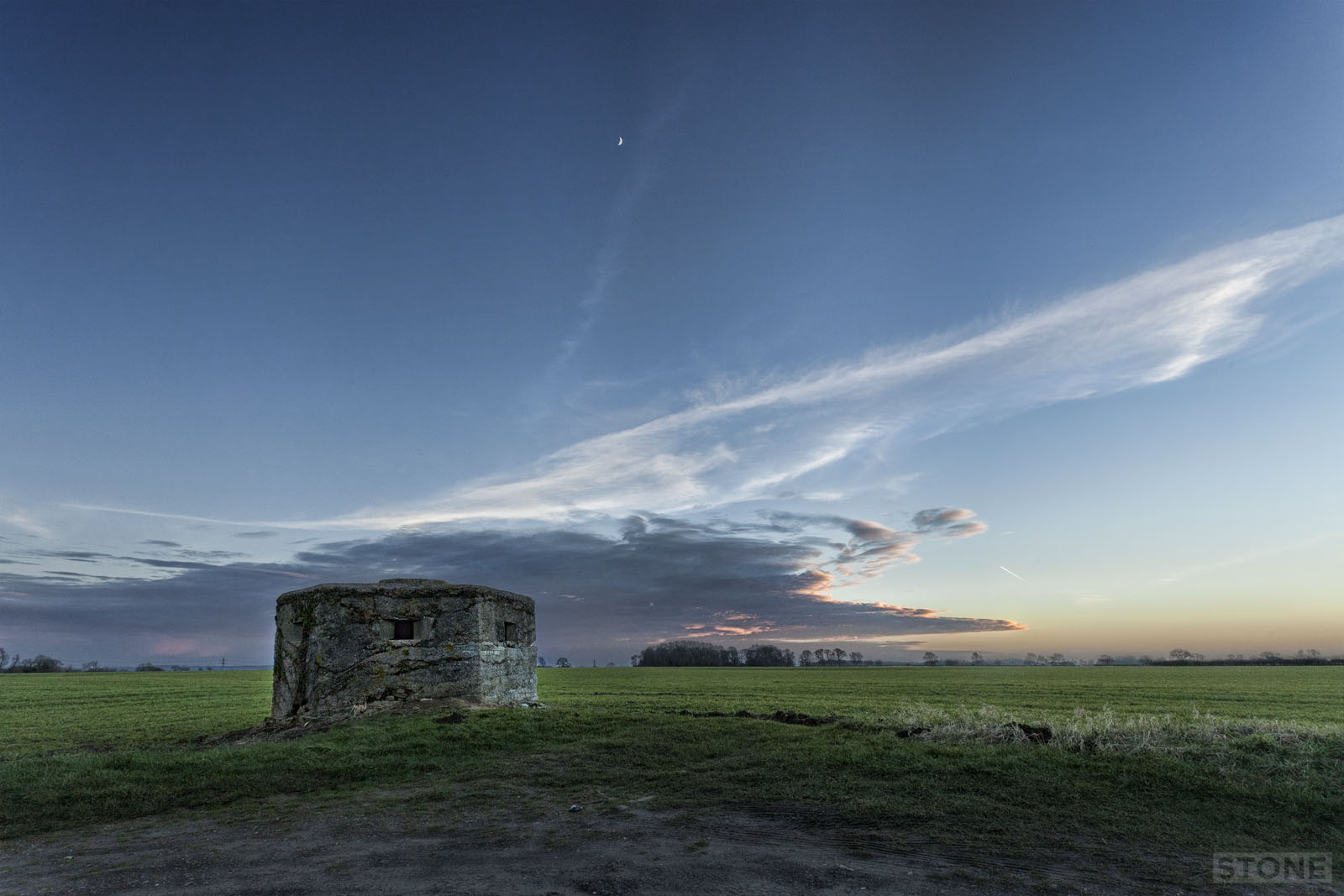