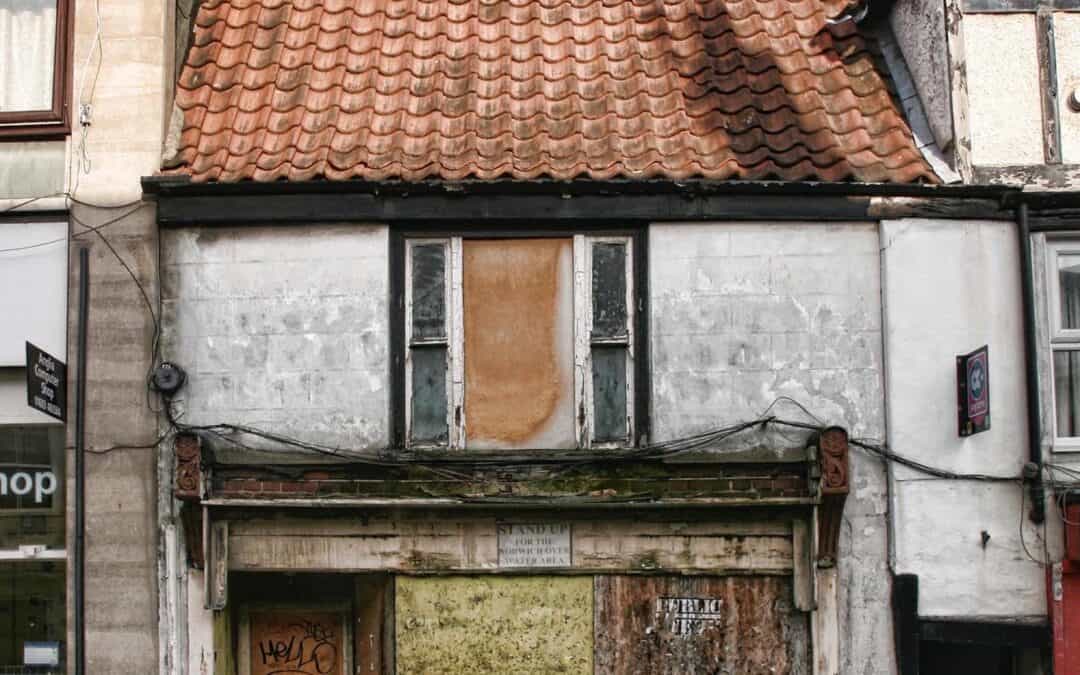 As I’ve been working on the Crome’s Norwich exhibition at the Museum of Norwich at the Bridewell, my mind started to turn back more to rephotography as a process, a comment on something a few days ago made me remember these which I was fiddling with in January 2020. I’d found a set of photos I’d taken on all of St Augustines Street and a lot of Magdalen Street in 2009 and 2010, as a comparative, and because I’d been recording lots of bits of buildings it seemed silly not to try and step into my own shoes and rephotograph some of my old stuff just to see how the area had changed, so I did.

As with all photographs I’ve ever done this with it’s not just the area that shifts but the style of photography and the equipment. You’d think re-recording your own work would be easy, so I did it lazily with a Fuji x100s – my favoured street camera, in fact it’s pretty much my favoured everything camera if I’m really honest. Some I also did with my iPhone,  ‘the best camera you have is the one you have with you’ is quite accurate at times, and actually despite a few little delinquencies such as not recording highlights and whites  properly at a distance, they’re actually rather good as a point and shoot and you can still process the images or not as you please using a variety of either on-system tools or on a computer. The minus side is the photos don’t necessarily fit over the same photos from 10 years ago, partly because my position might be different, but more because the lens I was using wasn’t the same, so it pincushions a bit, or the parallax is different. All this aside they were a reasonable fit, so I did some, stuck them on Instagrim and promptly forgot them until a few days ago.

The main thing that strikes me is some bits have changed dramatically, mainly due to local investment by a chap who bought several and slowly put in a lot of effort to make them nice again, which they are. The St Augustines Street I vaguely remember from when I visited Norwich as a child and even when we lived nearby in the late 1980s and 1990s was a different animal to the one of the 2000’s. There was a fishmongers – Chettleburghs, I seem to remember a butchers, and a bakers of some description, there was a Newsagents – Convenience 1st where a lot of early teens cut their teeth delivering papers. Oxbury’s was a really good example of an old fashioned Hardware store akin to Thorns where you could go and buy a pound of clout nails, or panel pins by the ounce, it burnt down in the autumn of 1995 and now houses the prosaically named PMT music shop. The St Augustines of the 2000s was a very rundown affair, I understand it was a problem with vacant landlords who lived in London and it really did deteriorate quite fast with the buildings being interesting but a terrible mess in places.

It’s also worth noting the pace of change; some of these shops have changed again in the 18 months since I took the second set, Little Smith’s has moved to nearer St Augustines Gate and expanded despite the trials of the last year, That Café is looking for new owners (shame – good coffee), Surepass has moved outwards, The Rose pub has pretty much finished being renovated now and looks nice as ‘Lost Yard’. It continues to be one of my favourite little streets in Norwich.

This isn’t all, because in my usual scatterbrain way or operating with my own stuff I can’t find them all… I will try harder, and dig them all out, and also try and find the Magdalen Street ones which are probably lurking somewhere in a folder called ‘folder of pics 947’ or something along those lines.

Anyway, here’s a few of them with slider overlays, in no particular order for now. 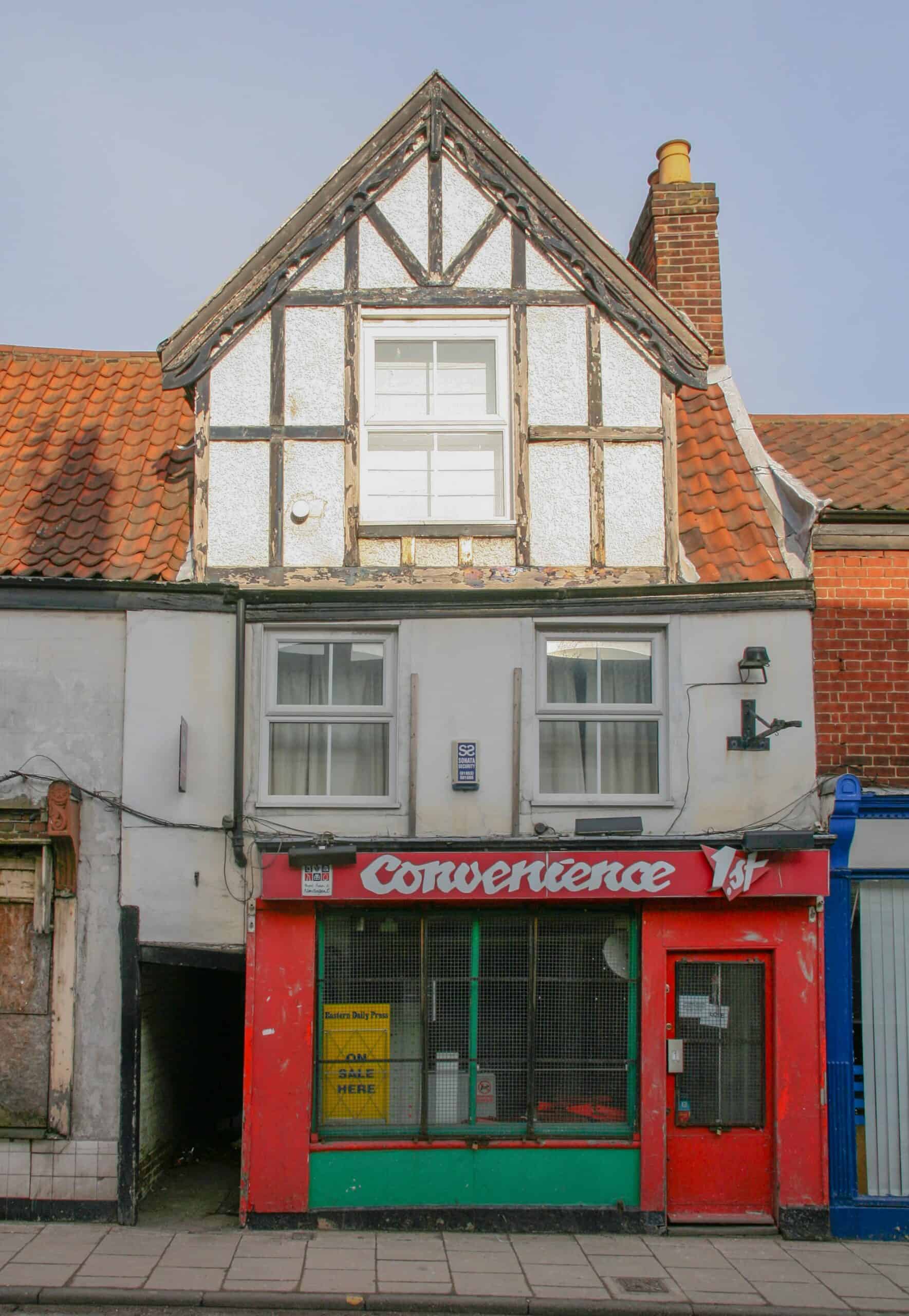 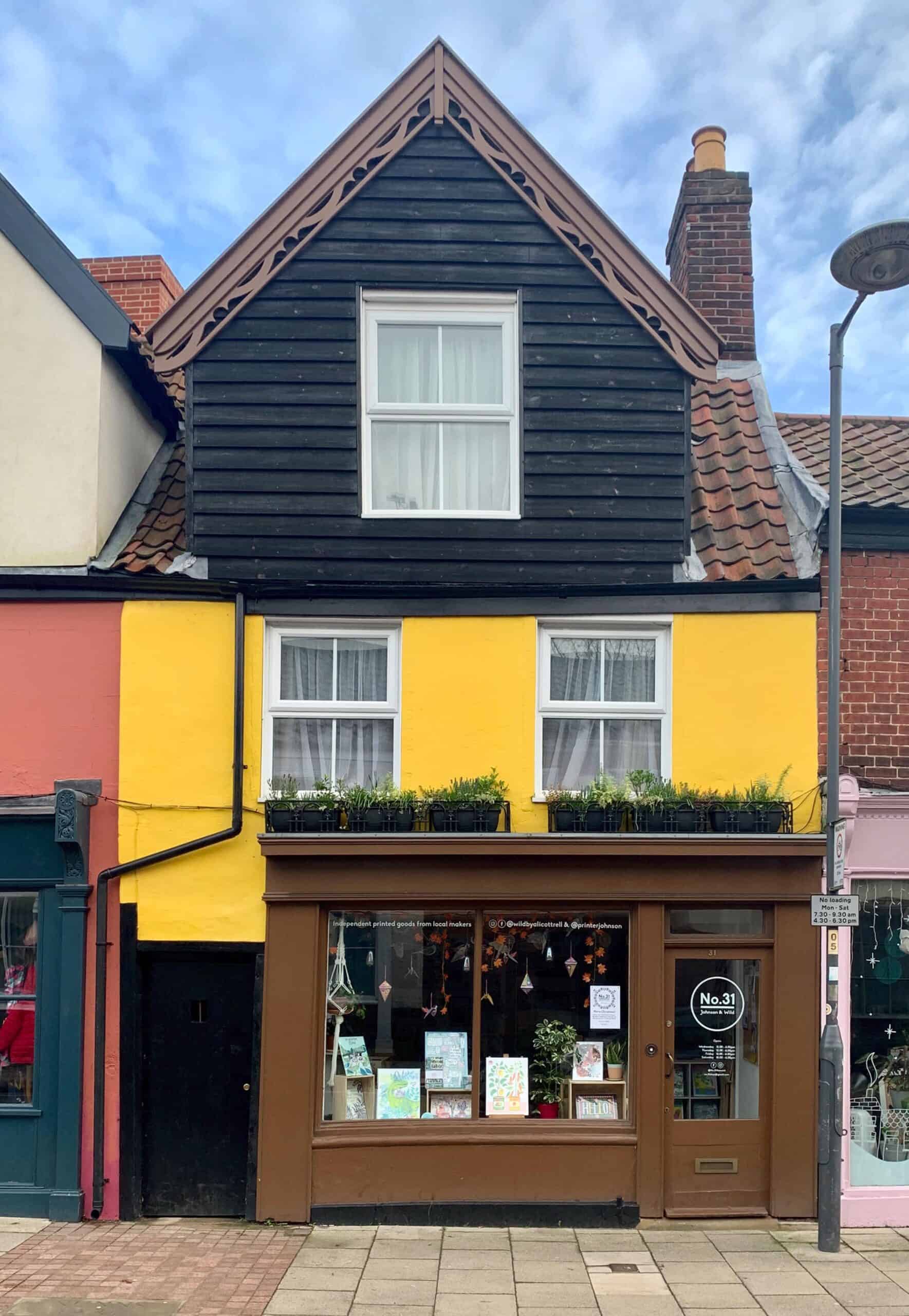 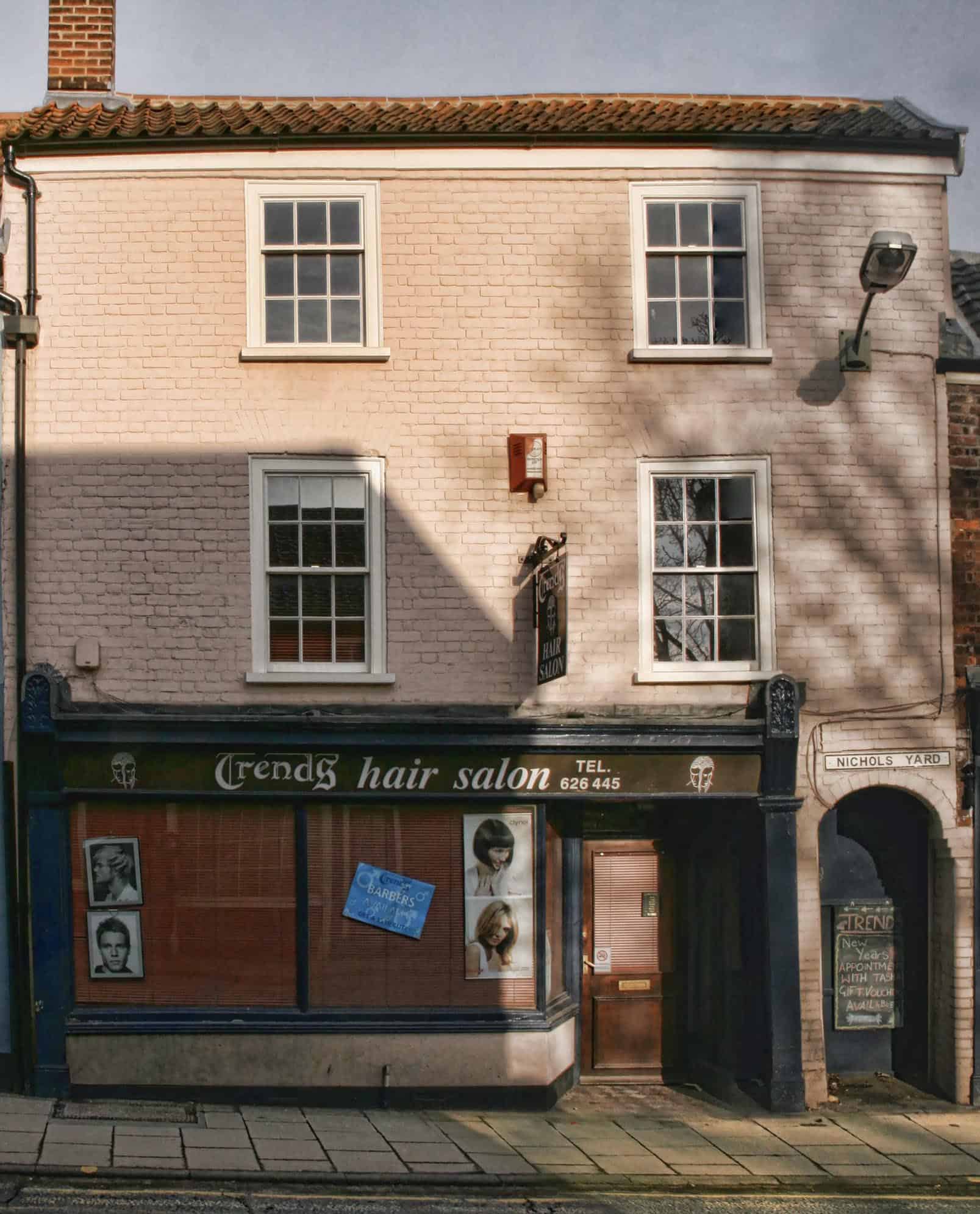 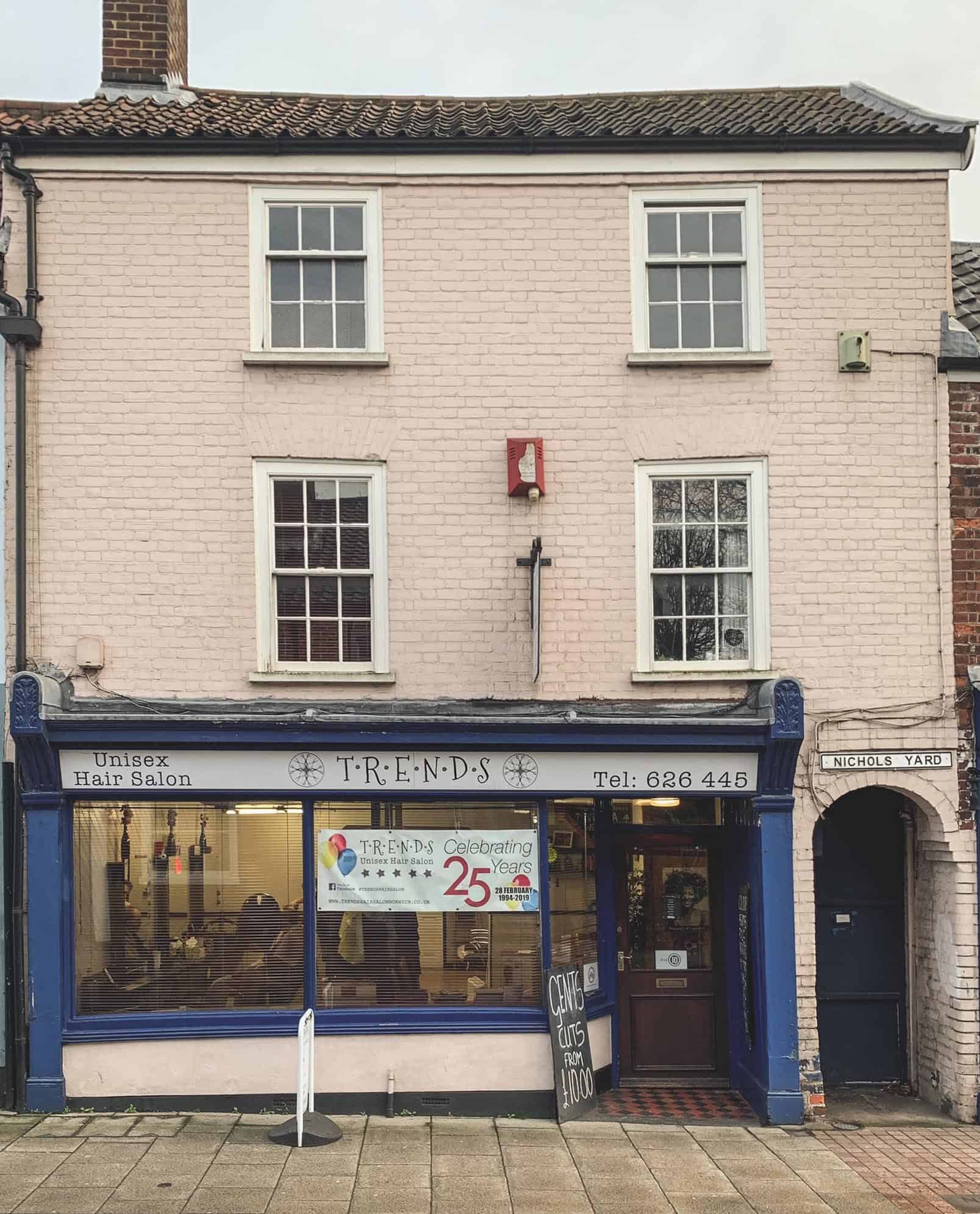 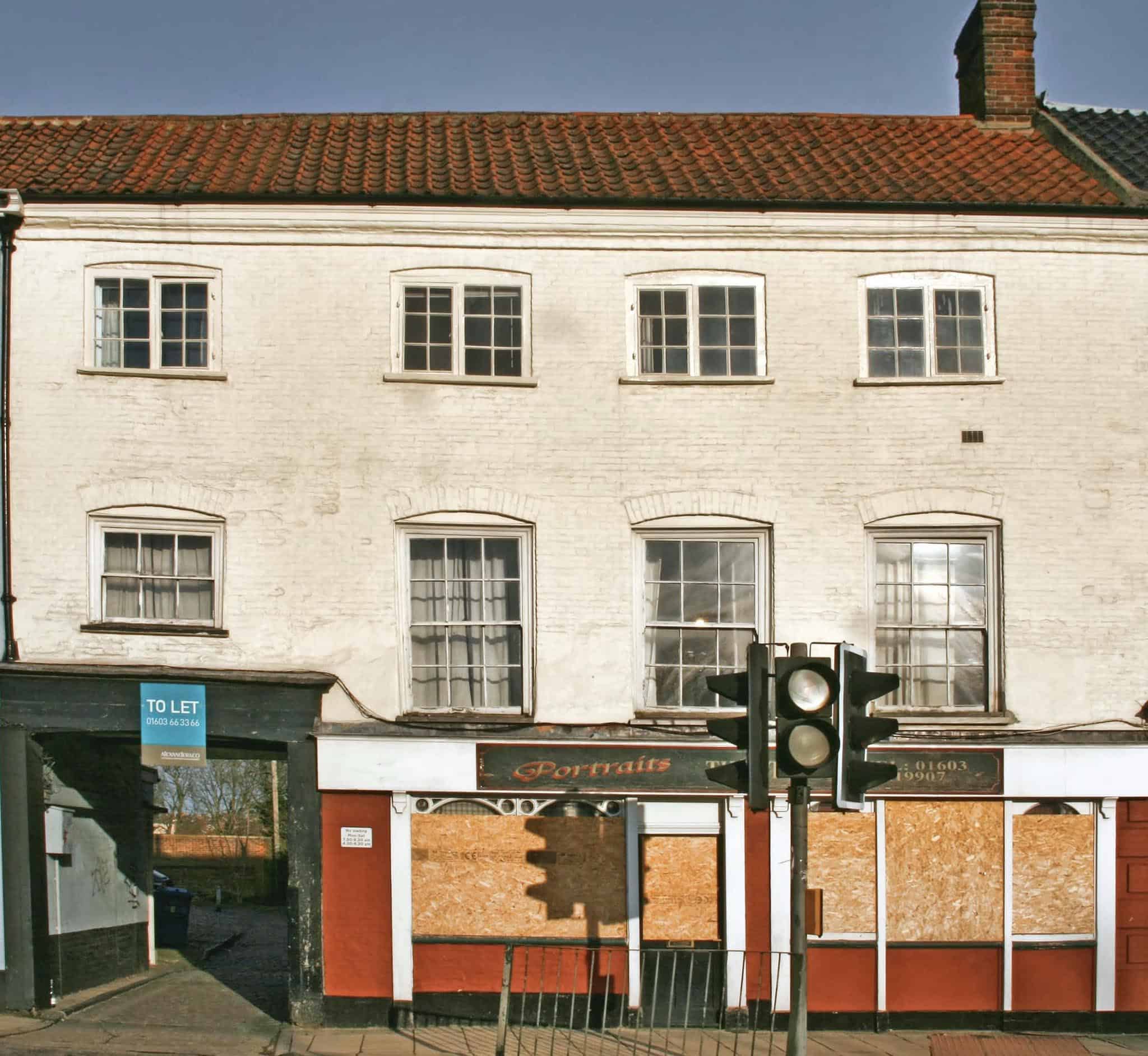 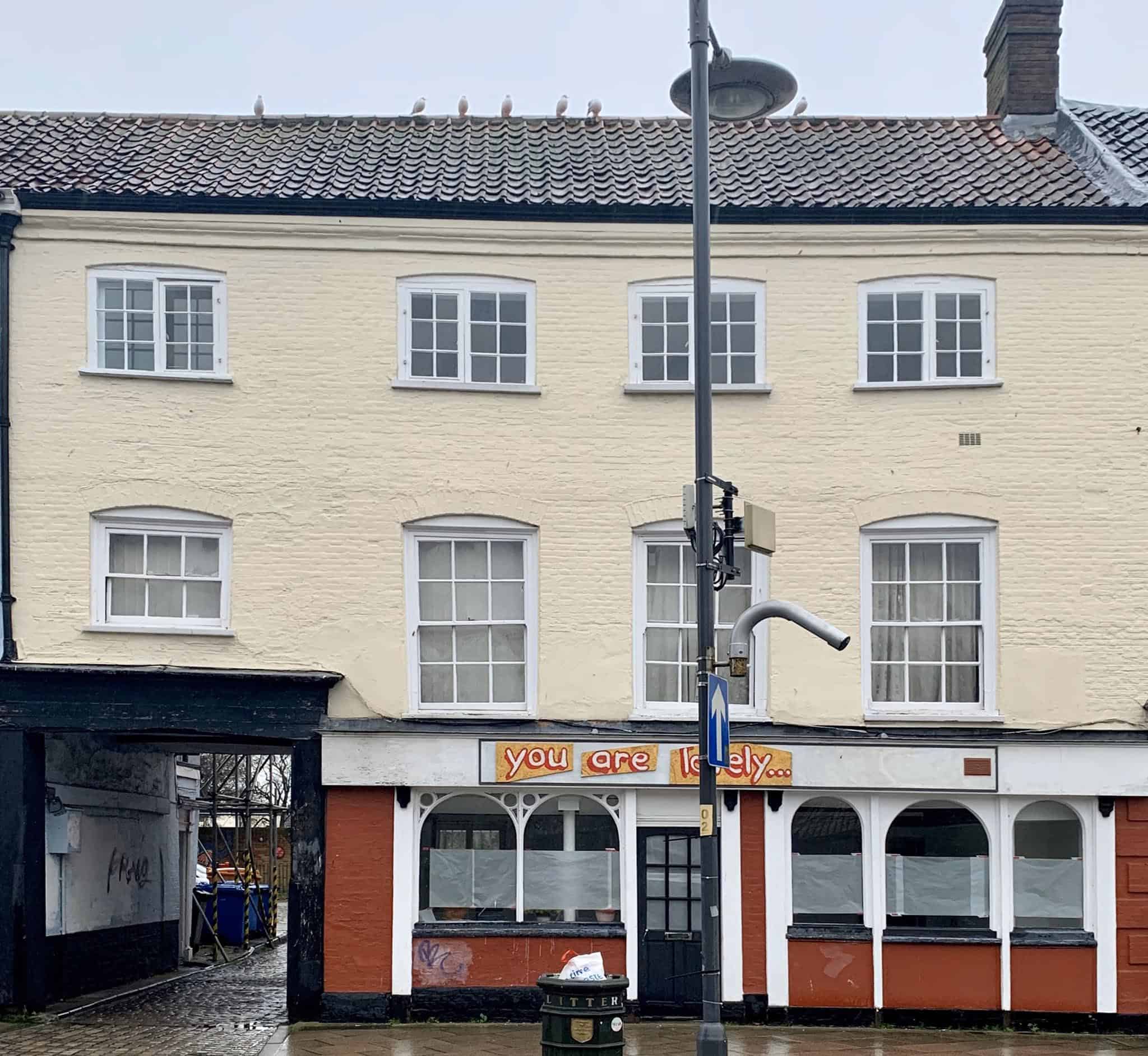 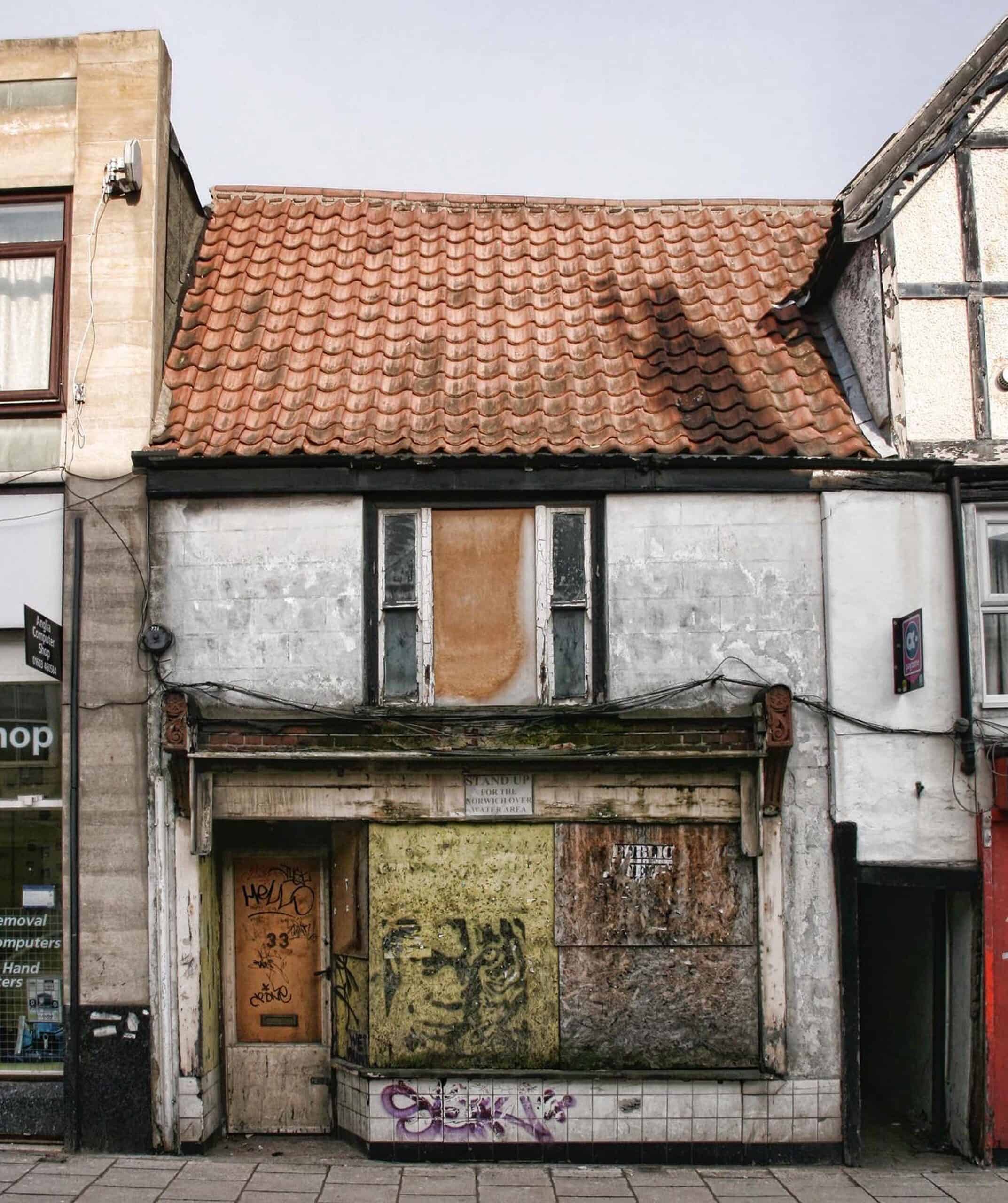 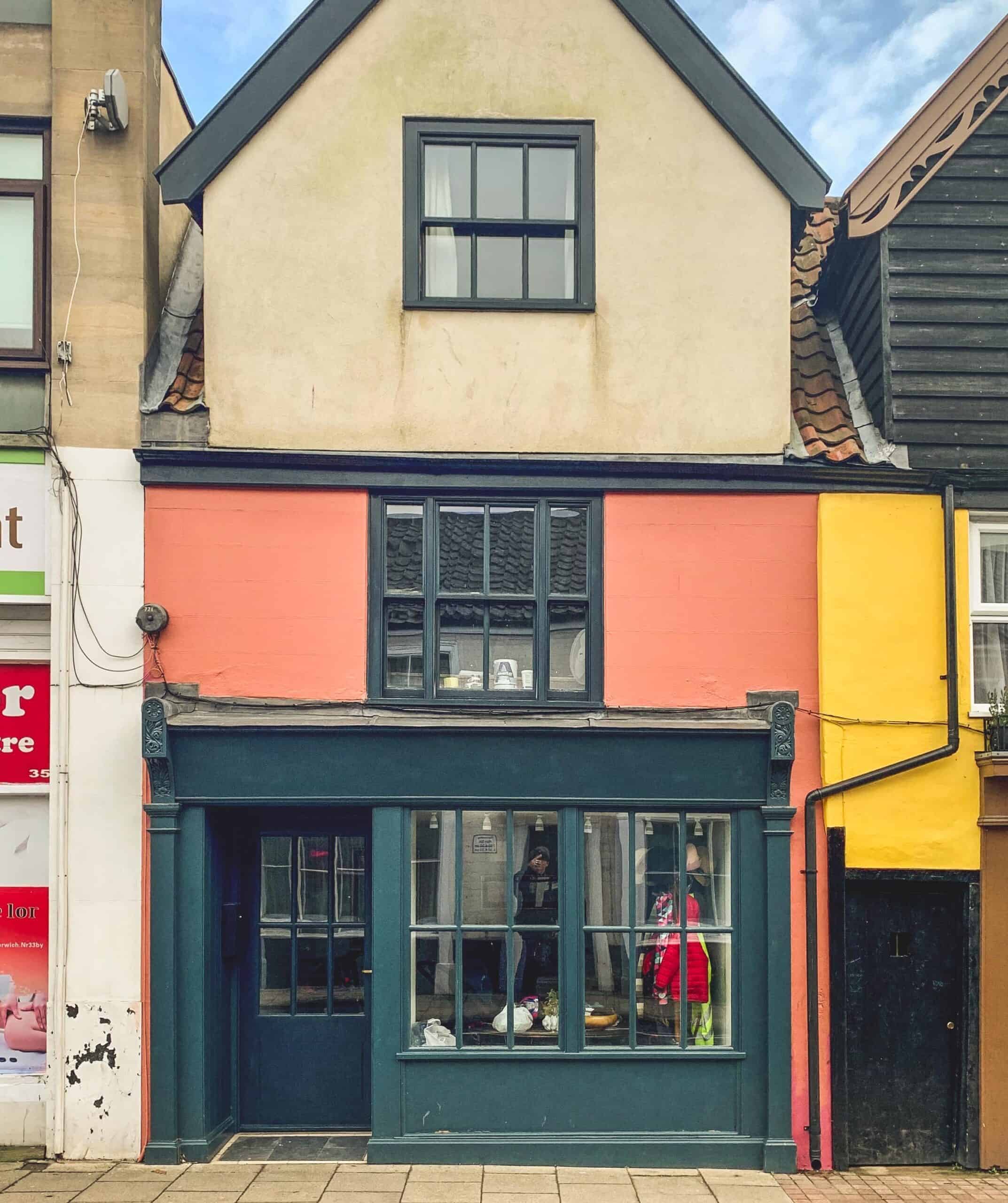 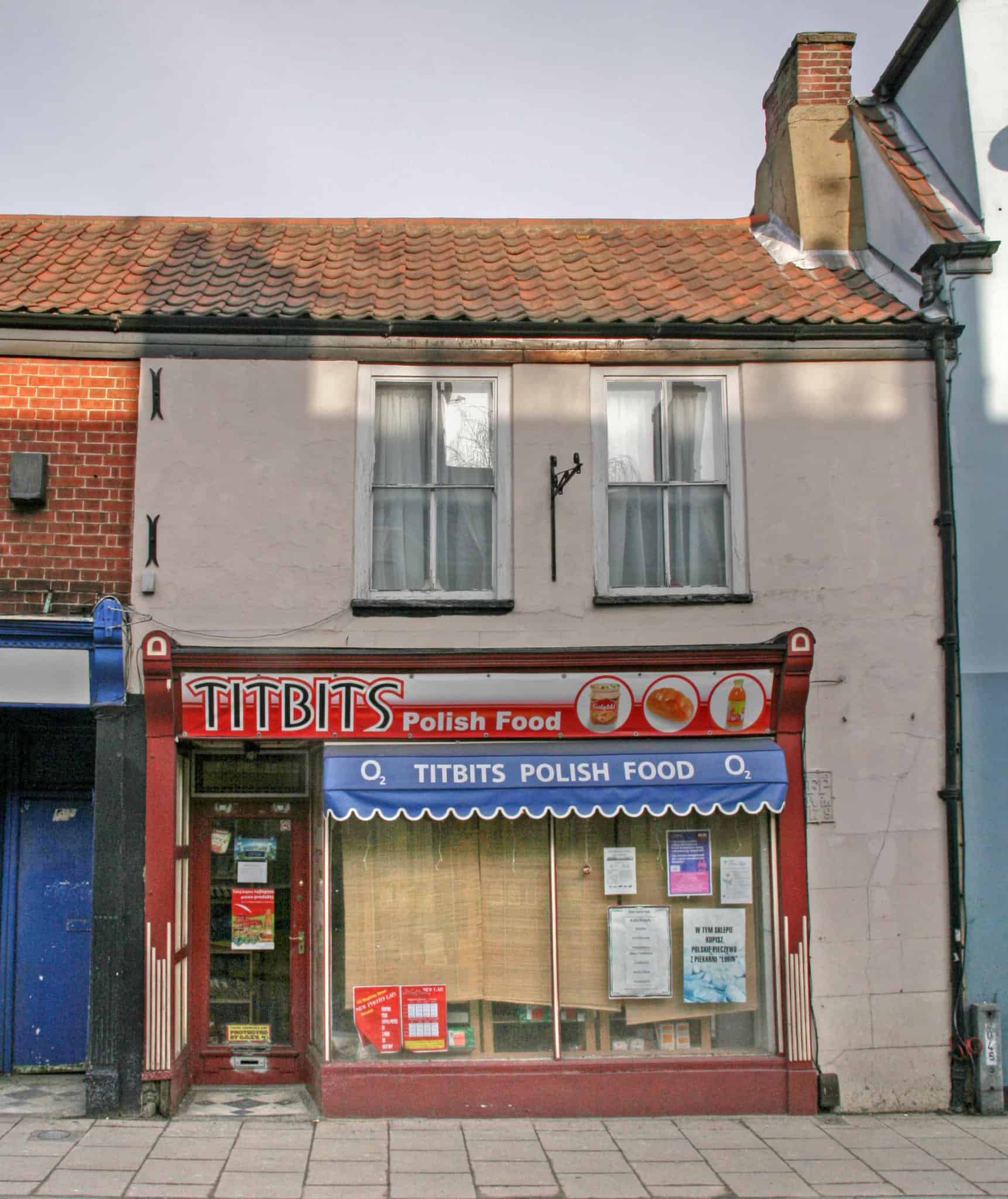 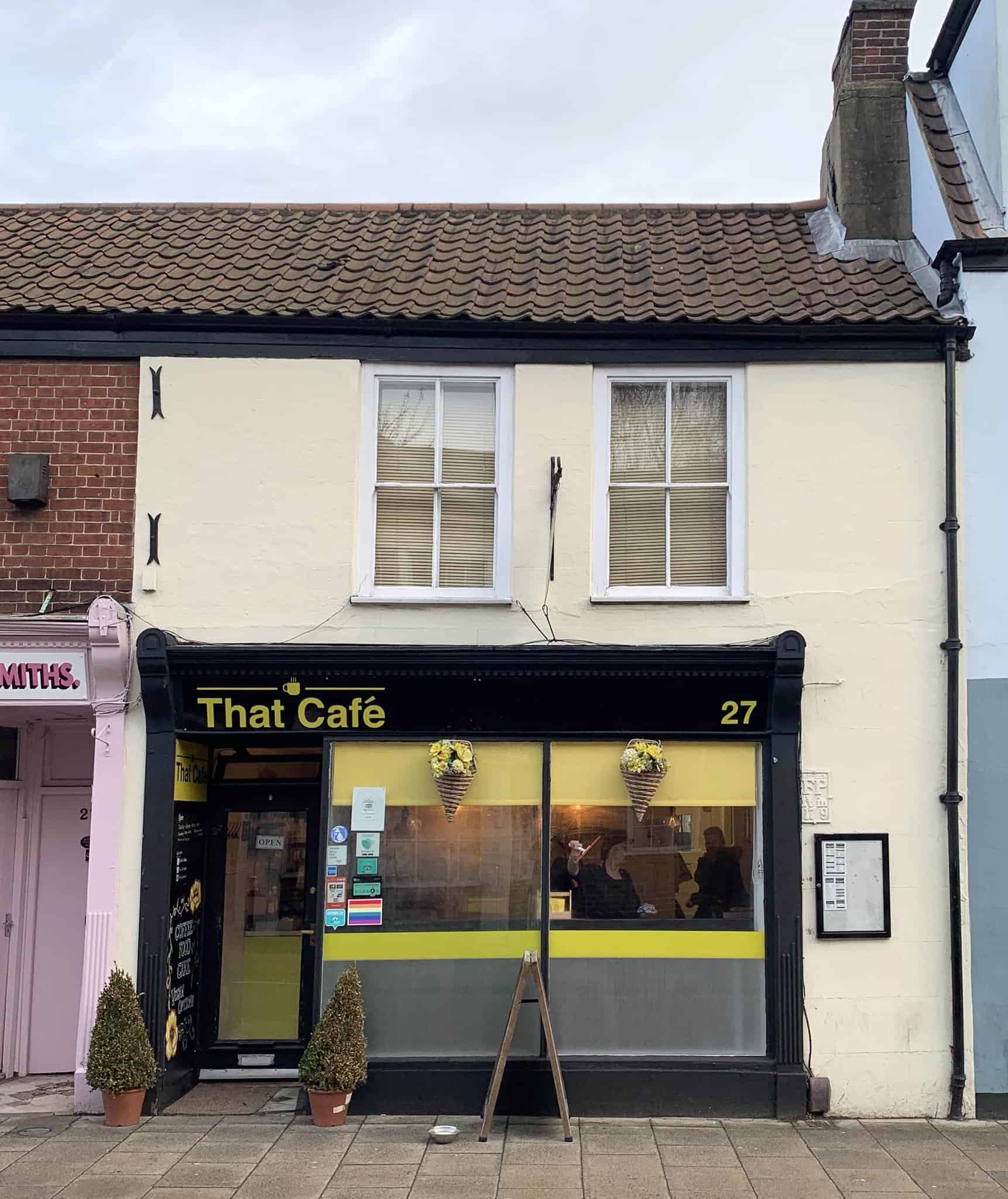 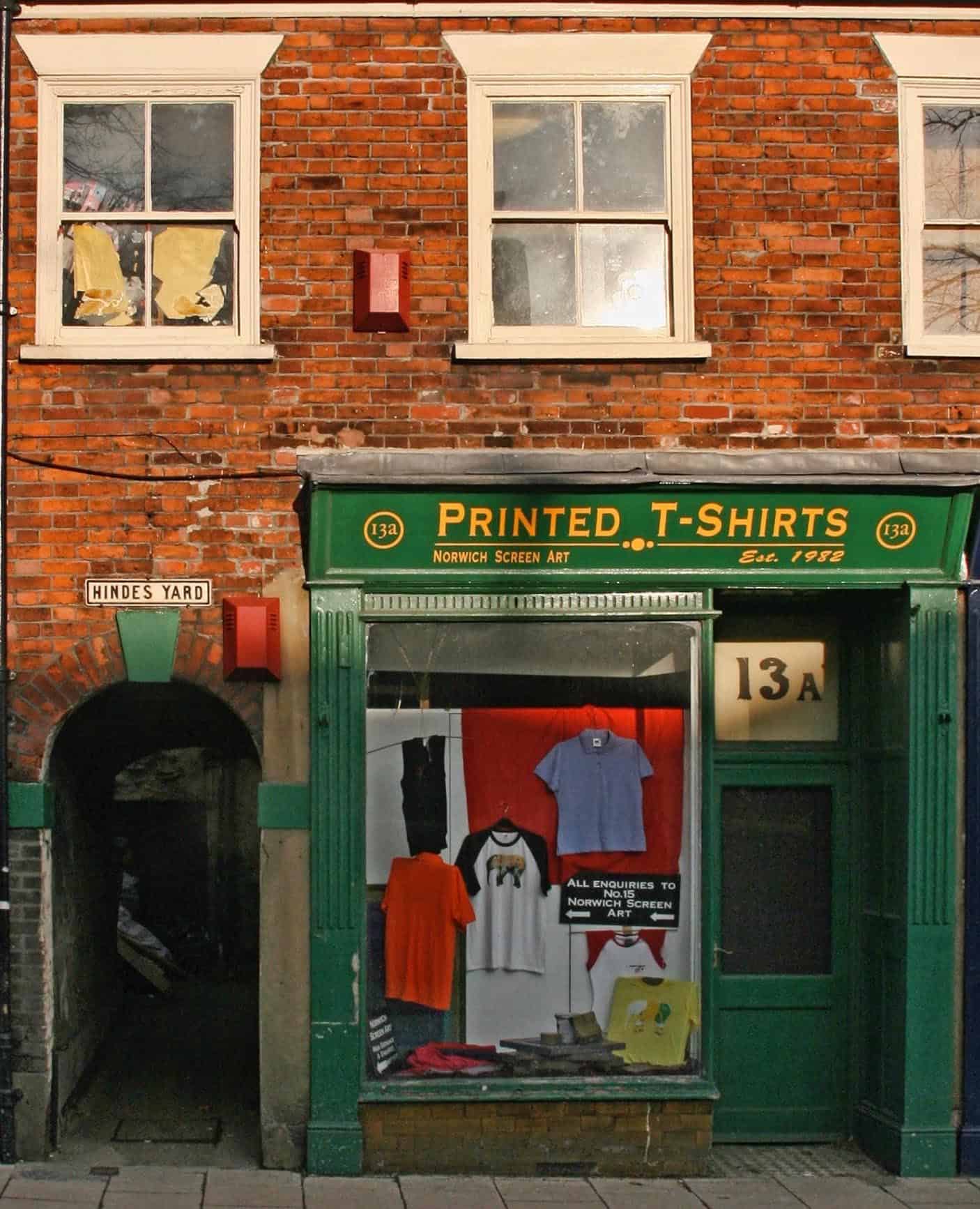 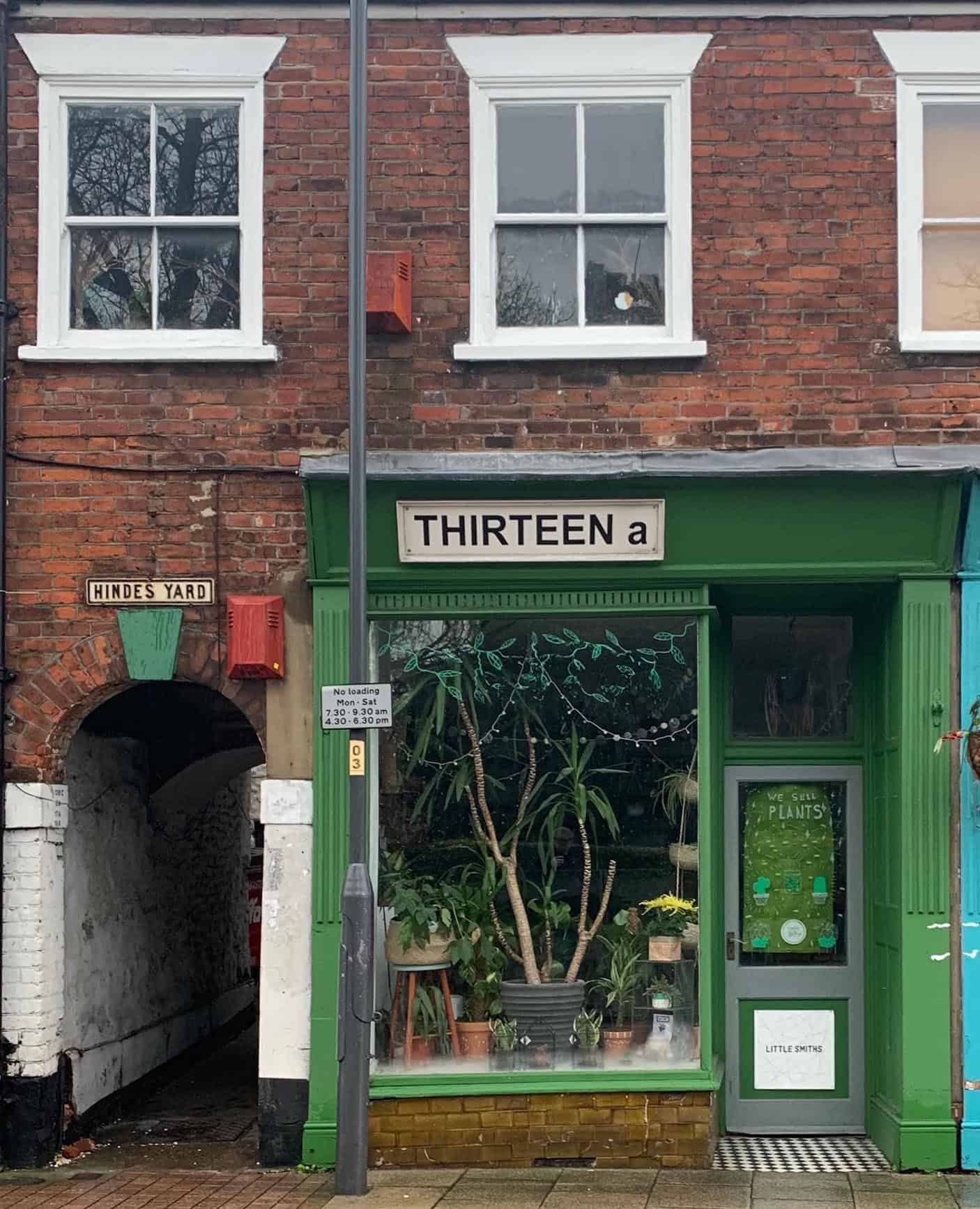 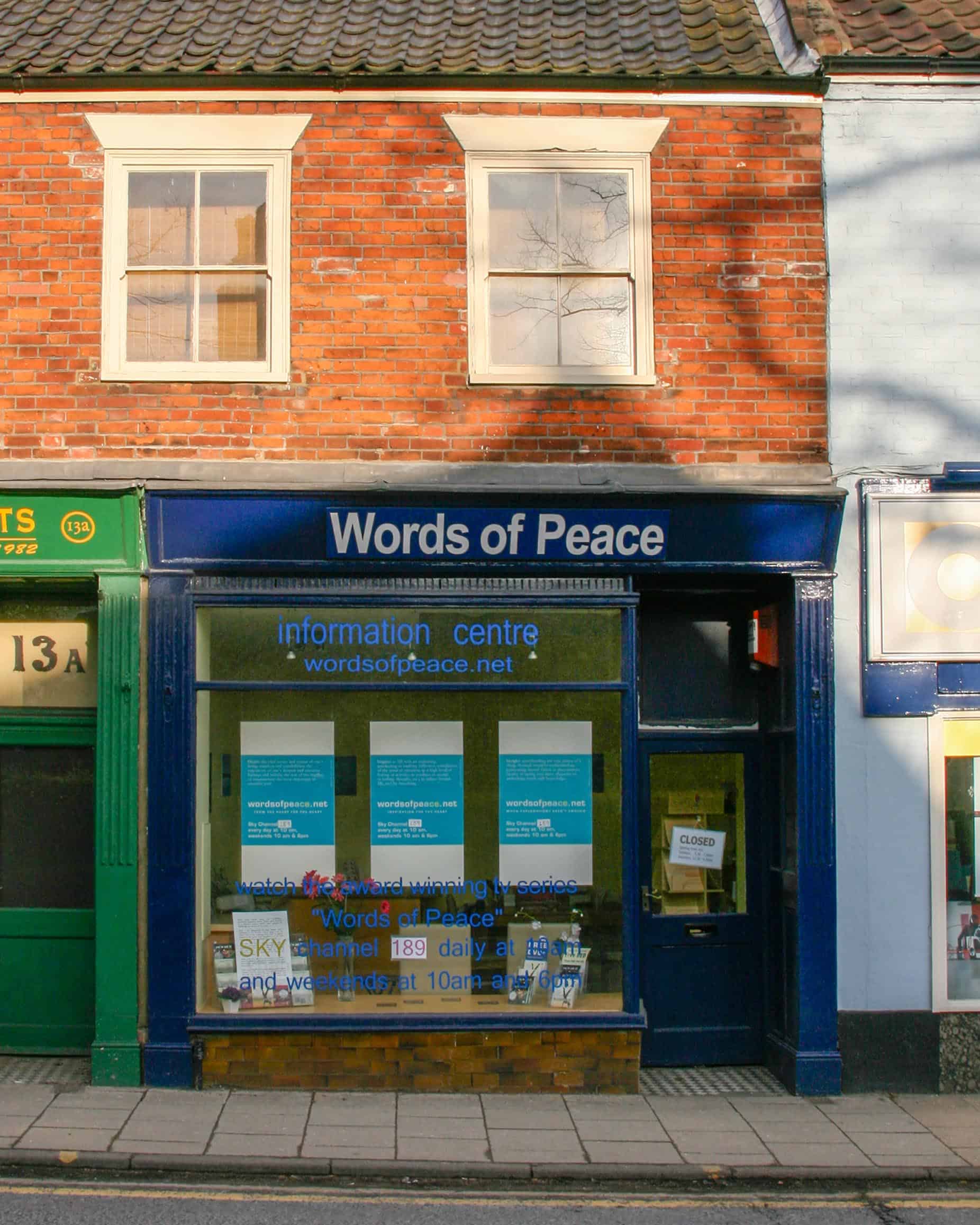 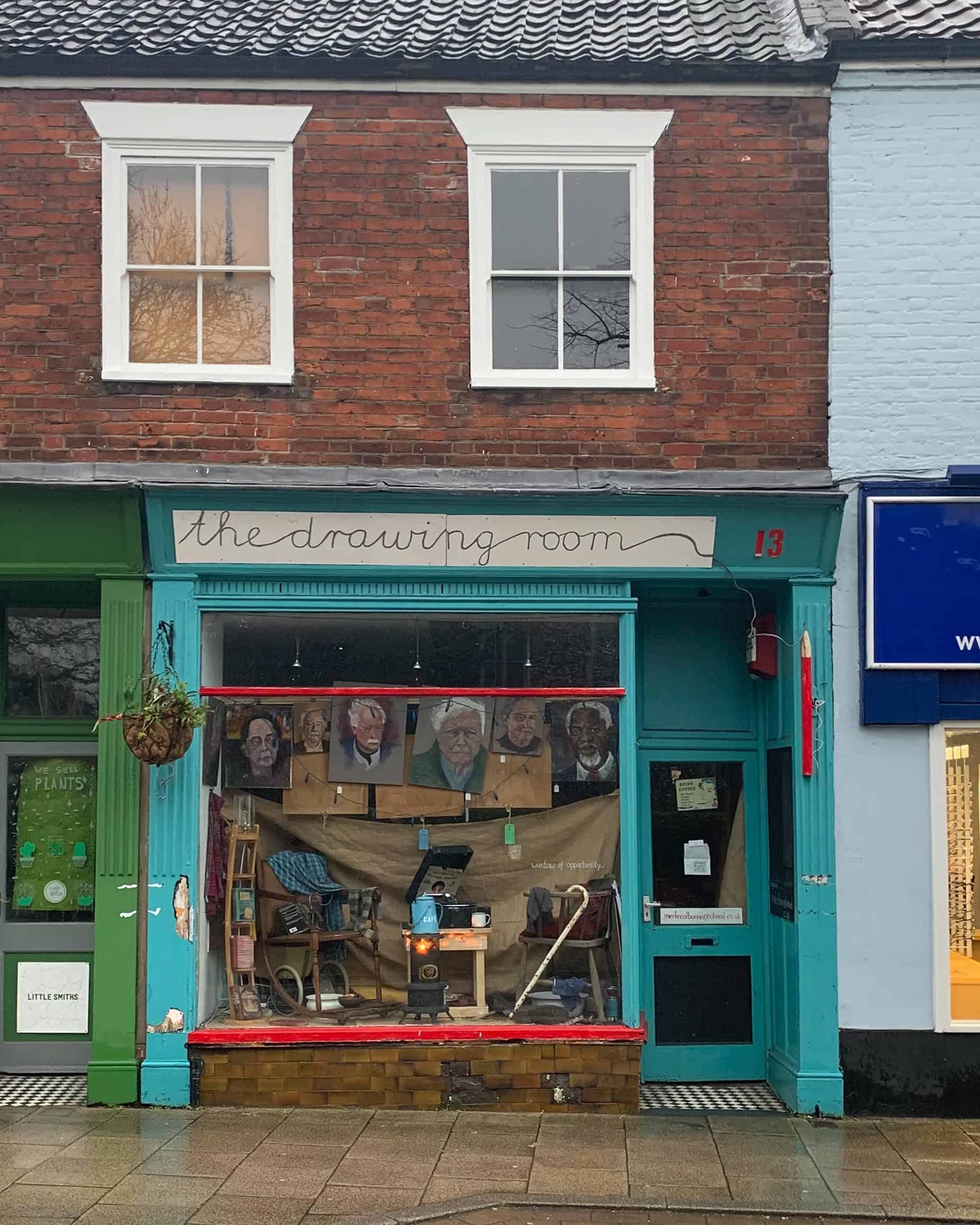 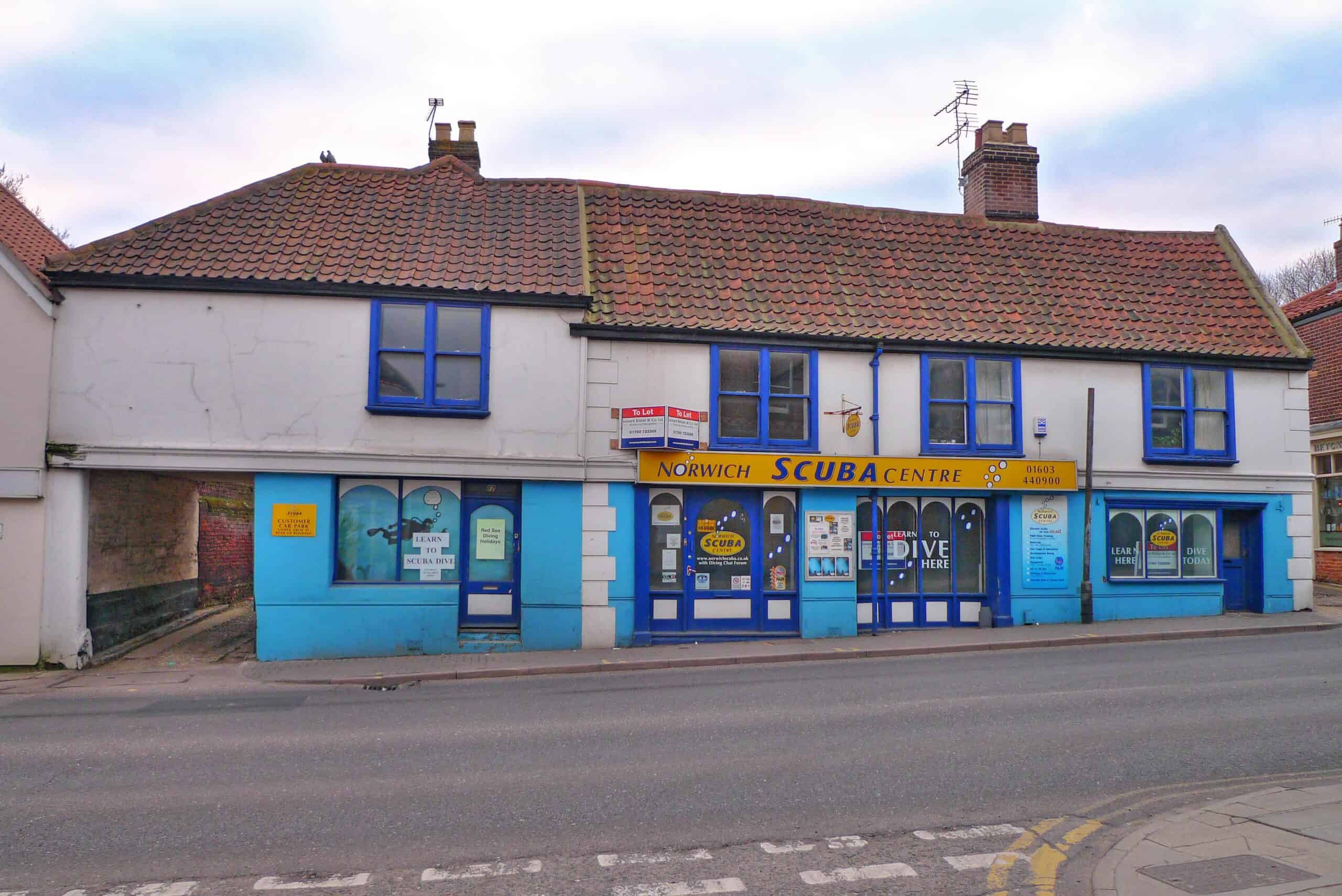 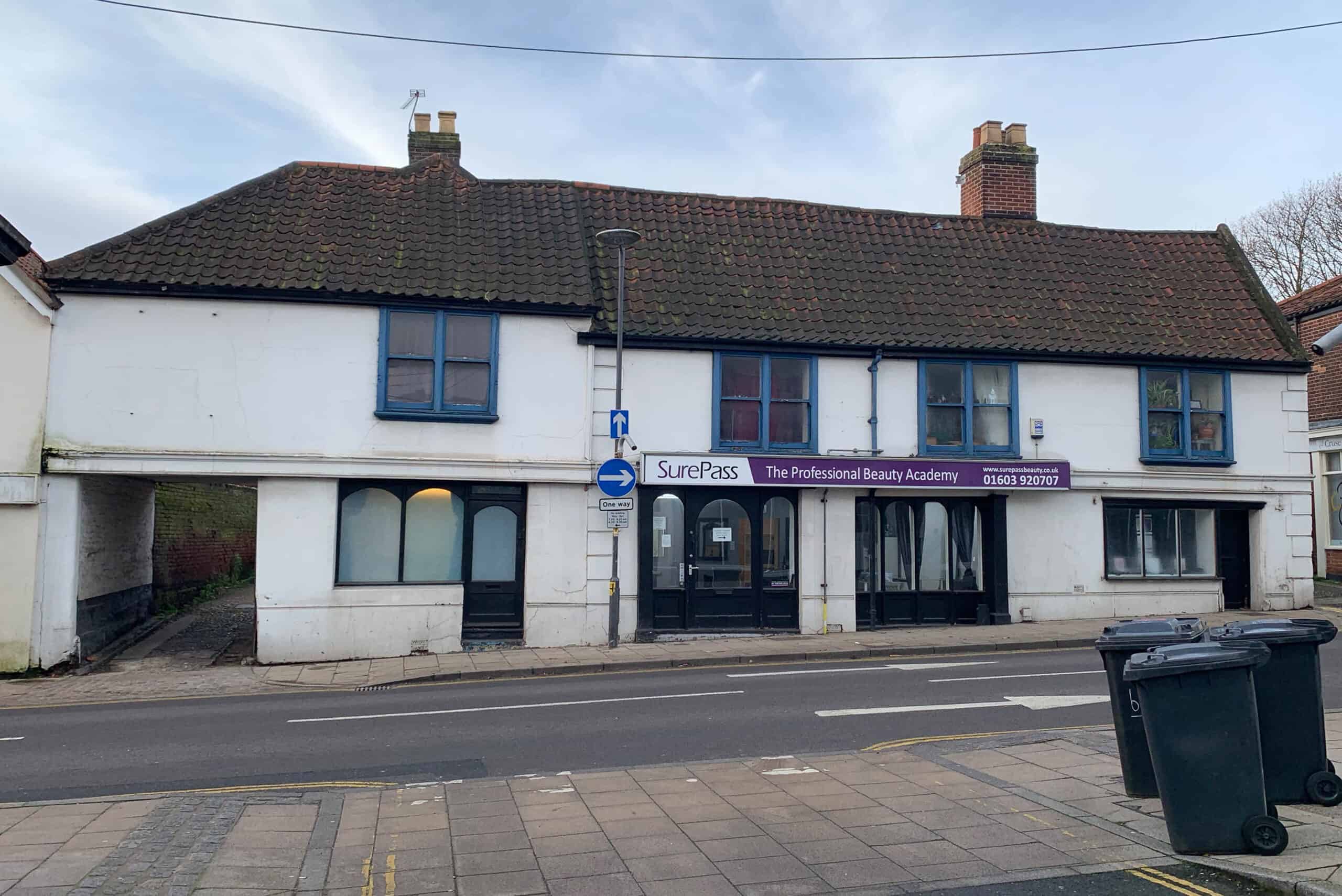 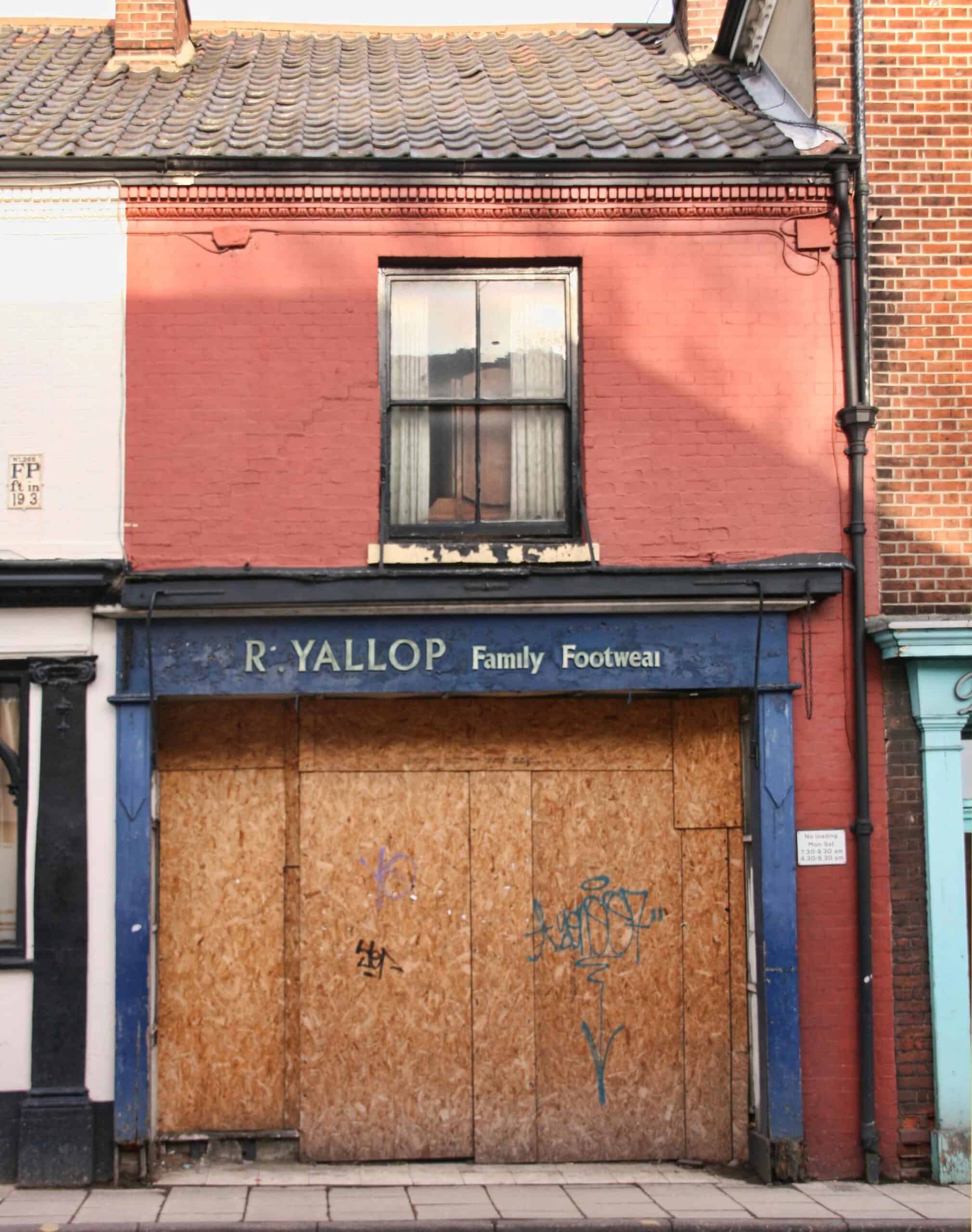 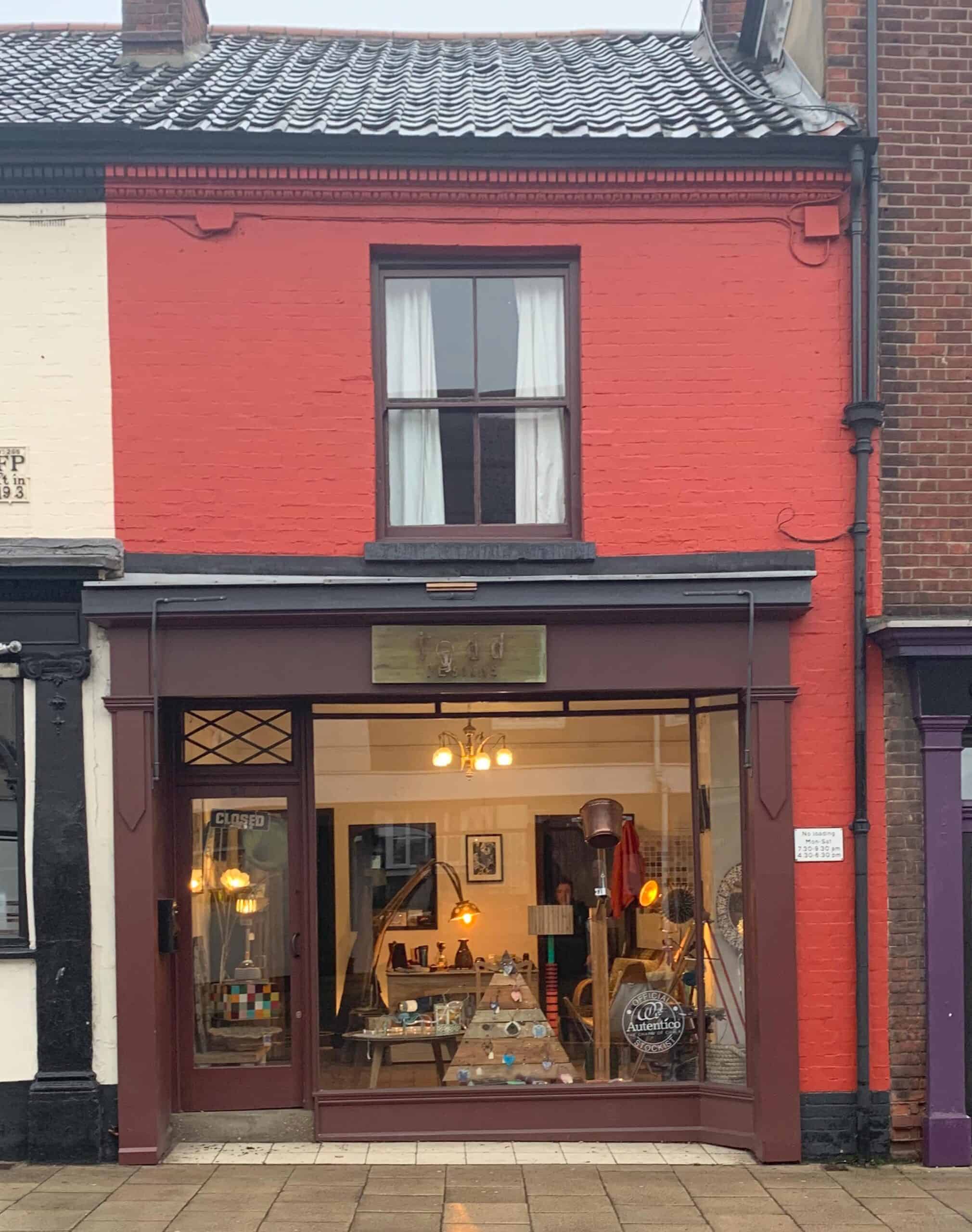 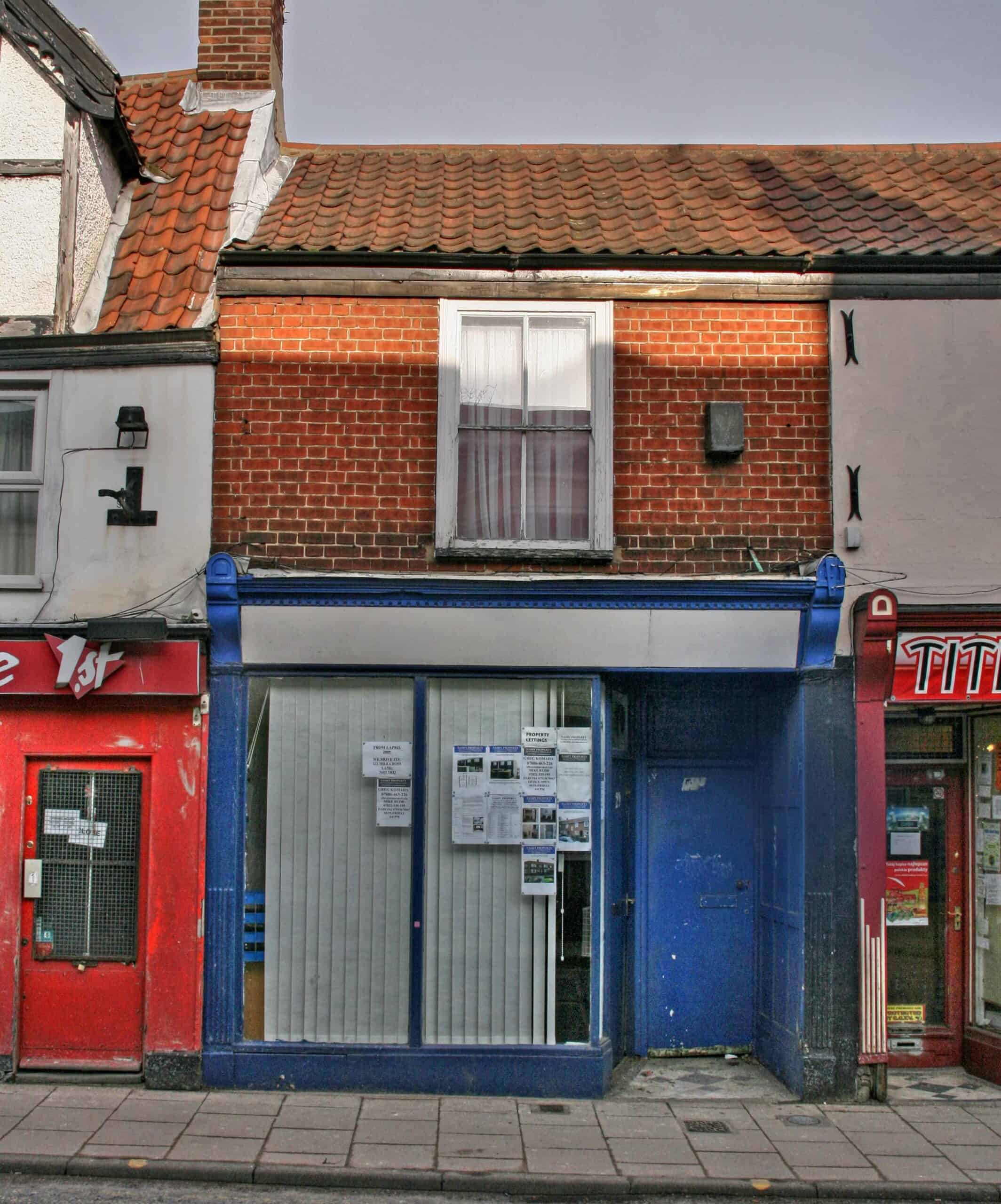 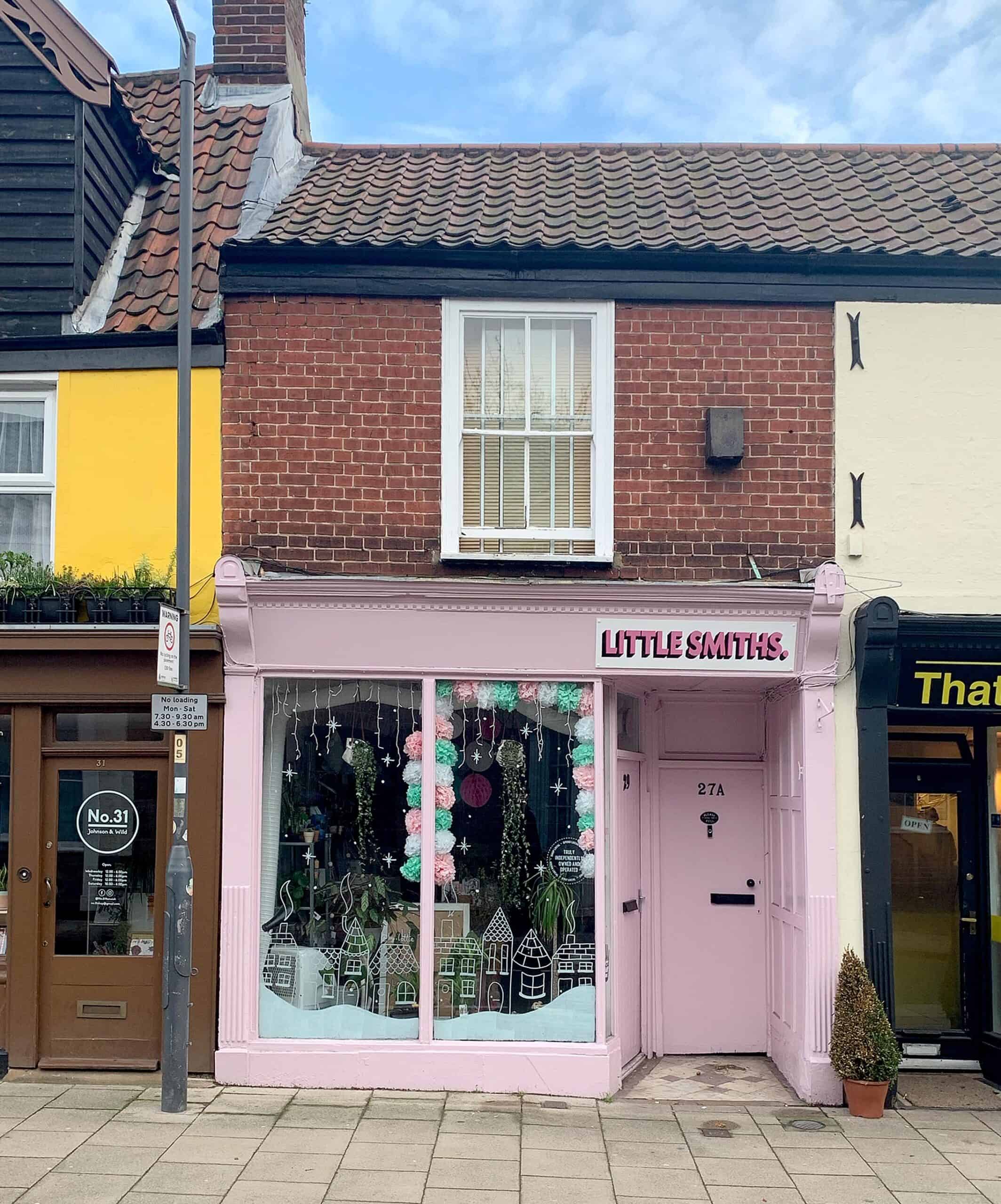