The Blitz: The Firefighter’s Memorial 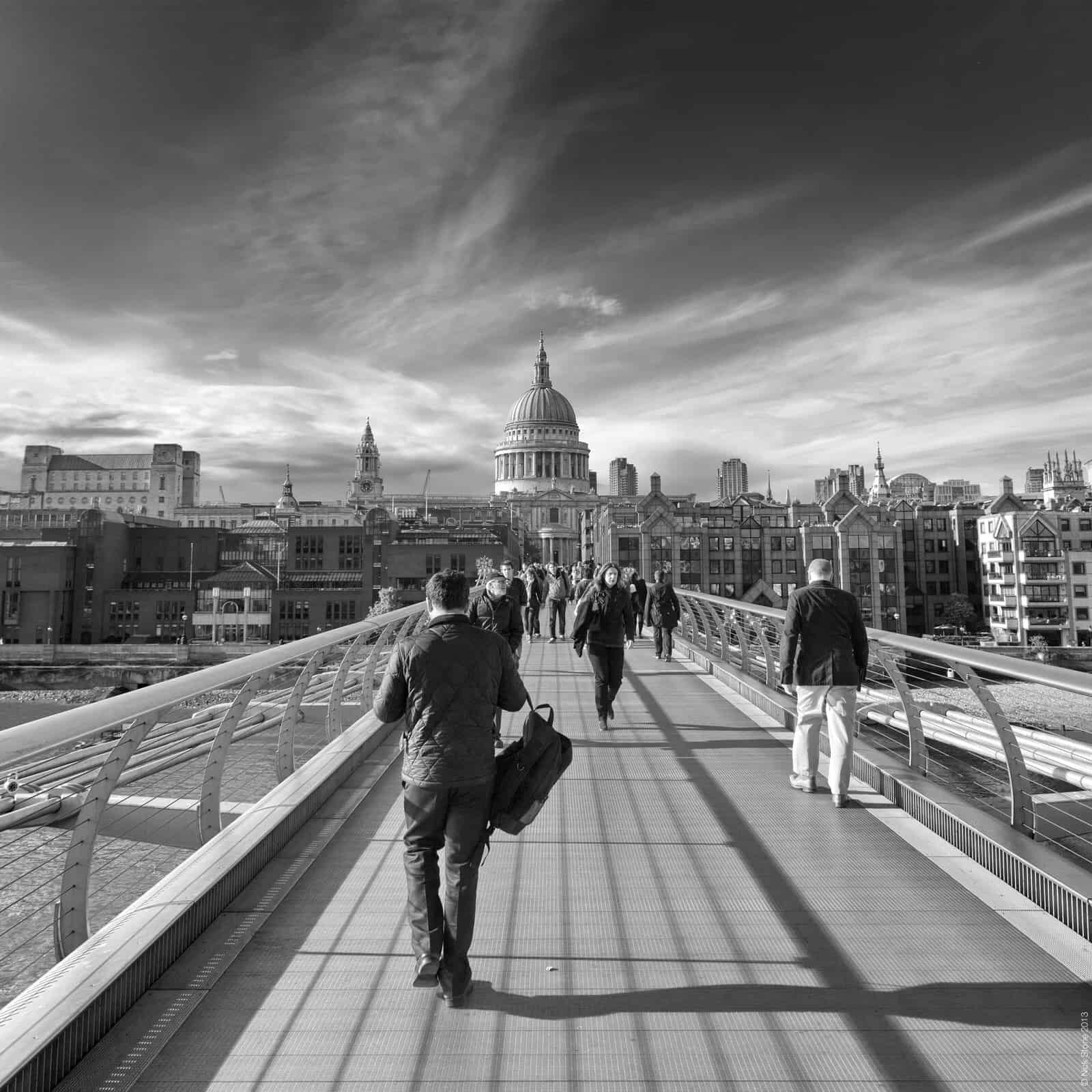 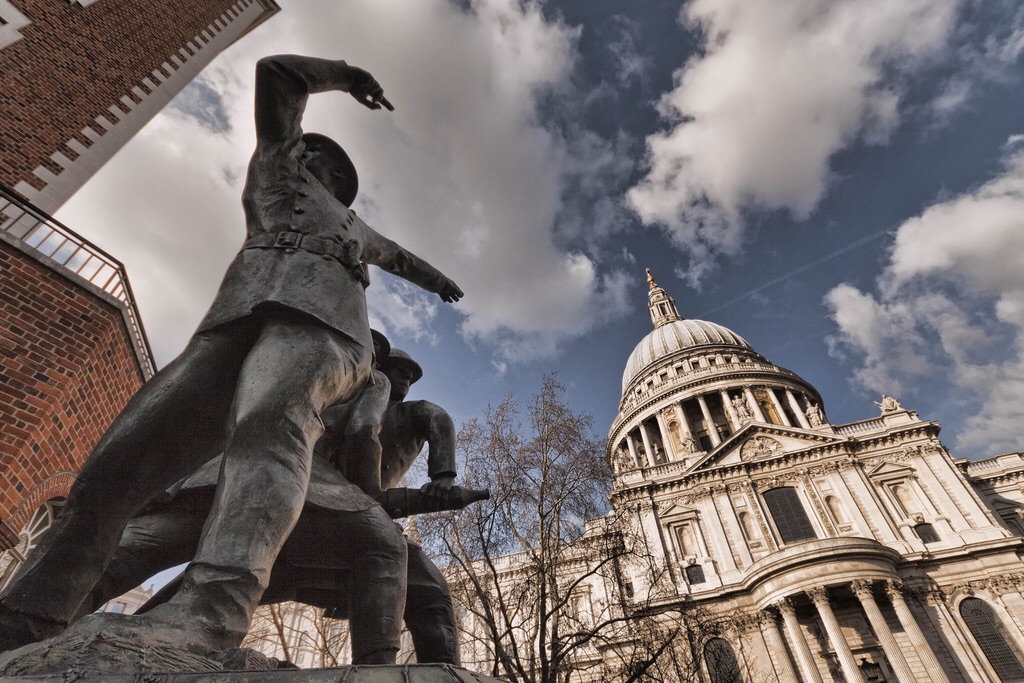 Entitled ‘blitz’ by artist John Mills. 997 firemen lost their lives in WW2, all listed on the plinth. It didn’t occur to me to check out the Norwich ones. Idiot that I am.

If you care to look up photographs of St Paul’s Cathedral during the War; you’ve probably seen the famous one of it viewed from Ludgate Hill/Fleet Street through a huge pall of smoke, but look deeper and look at the level of devastation around it, you’ll immediately understand why of all places it was put here. Whilst the devastation in the East End particularly around the docks and the tightly packed houses of the dock workers was probably the worst in the city in human cost alone.

St Paul’s came to represent the survival of the ancient centre and it’s heritage over the crushing weight of 57 nights of fairly constant bombing in 1940, mainly because they missed it somehow. The fires crept to within a roads width of Wren’s building, shrapnel and smoke marked the walls, blast damaged the windows. So it didn’t escape entirely unscathed but was relatively undamaged compared to the locale generally, which took a right pasting. You can see what I mean here.

The memorial has now been raised and additional names added of all those who died on active service outside the war. The total is 2,258. You kind of hope it stays that way, but know it probably won’t. Hidden in plain sight, worth seeking out.