Lost in a Landscape: Arminghall henge 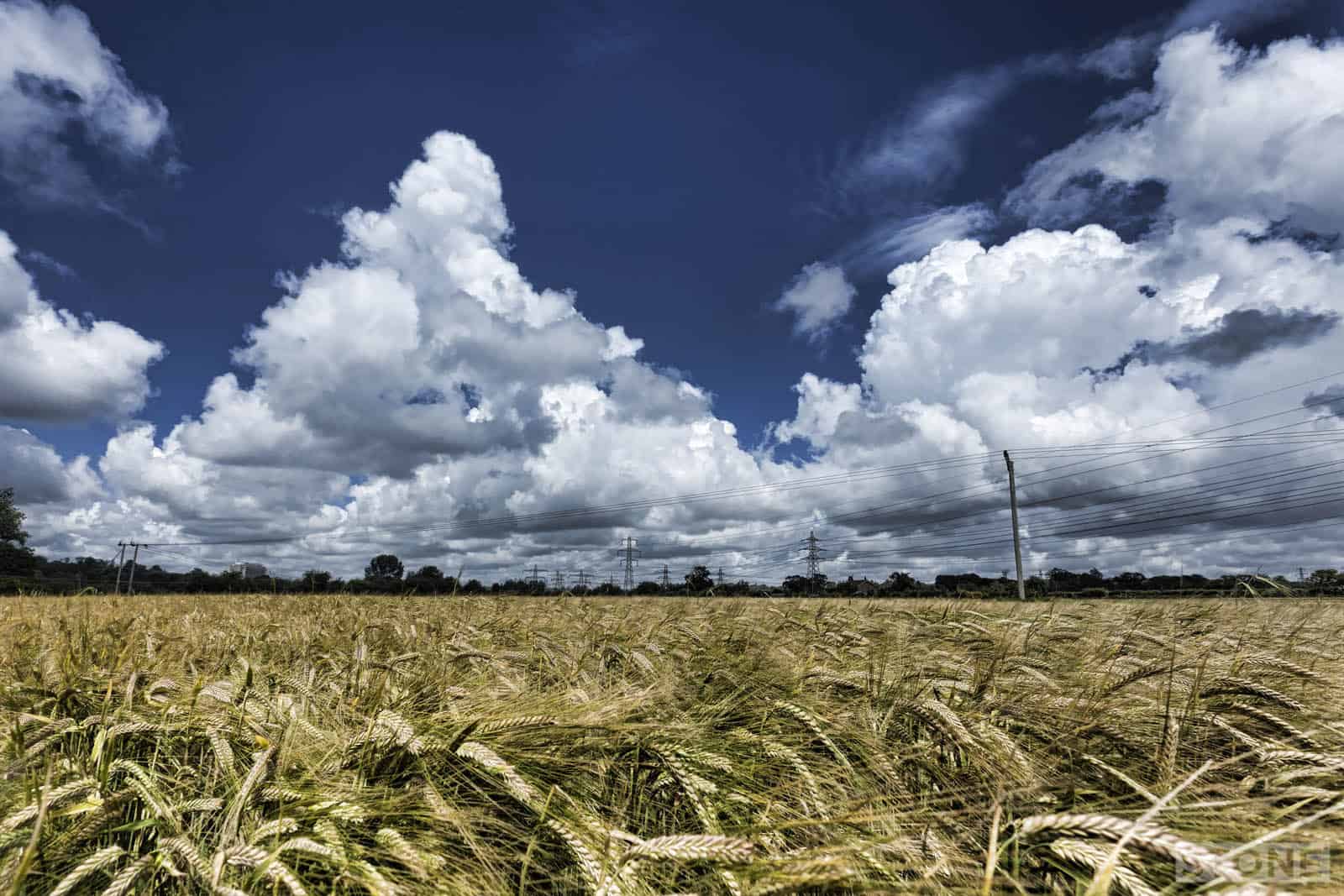 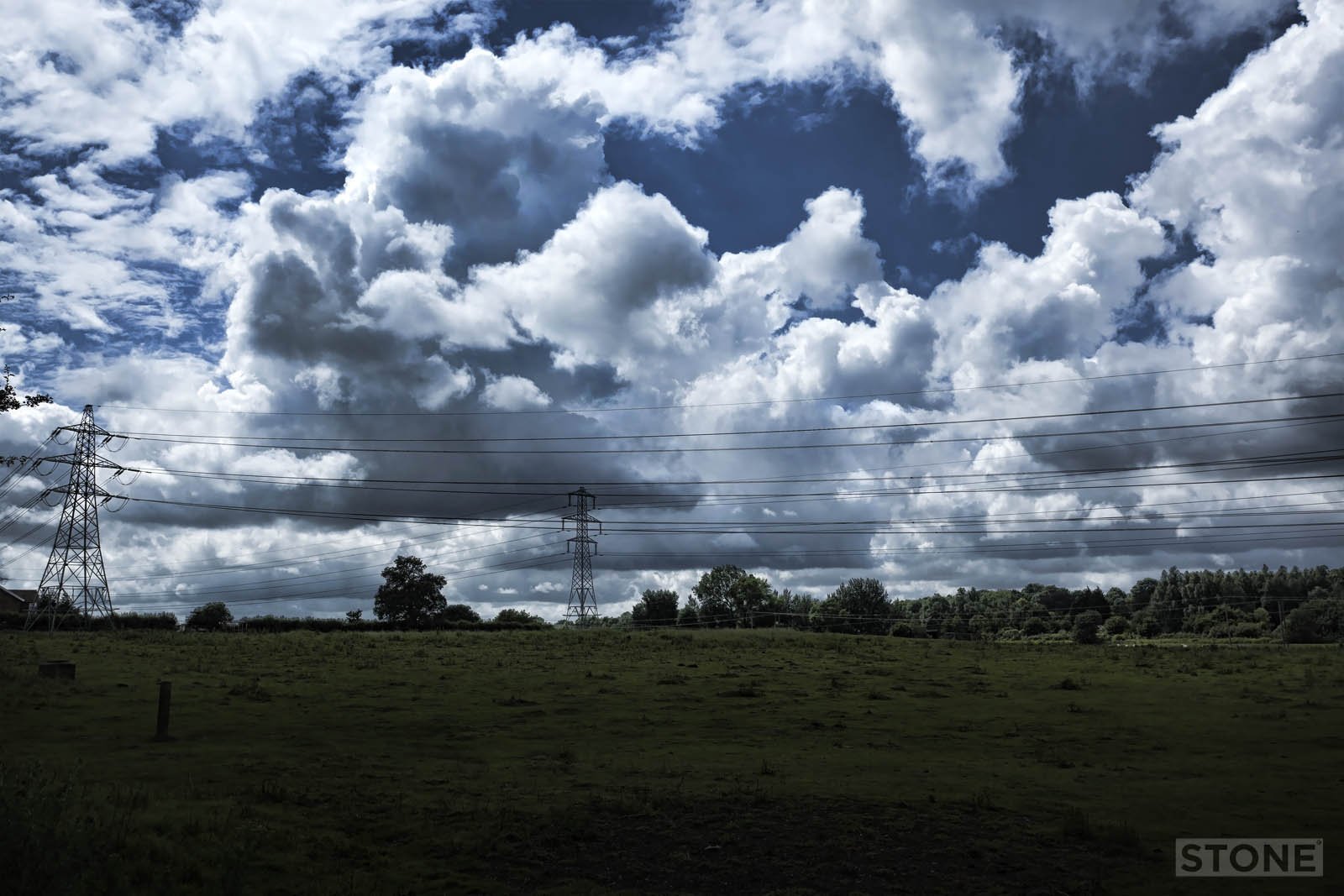 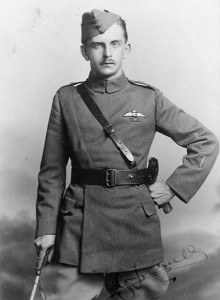 Imagine for a moment flying over a landscape. There’s a city below you receding to one side, fields coming into view on the other, lots of features to look at as well as flying a plane. You look down and spot a mark in a field, and this is the sort of thing you are looking for; two clear circles and a horseshoe of some sort, just a crop mark but there is something there. So you grab a your camera and snap a couple of photos of it as you pass then carry on looking for more. The year is 1929. The man, Gilbert Insall VC, a regular Flash-heart. Not content with receiving a Victoria Cross in 1915, being captured, escaping and winning the Military Cross as well, he also discovered two Woodhenges, amongst other things, while flying survey craft looking for new archaeological sites. One of these was about two miles from Stonehenge in Wiltshire and the other is our own Woodhenge at Arminghall just to the South of Norwich near White Horse Lane. It sits not far from the A146 and Long John Hill in Lakenham, an area that already boasts Venta Icenorum and Harford Farm burial site; a multi-age burial complex of barrows and mounds. There’s also two more hengiform monuments, another possible henge, flint workings and likely burial sites all in a very small area around it and nearby. It sits on some high ground near the confluence of the River Tas and the a River Yare. This is the Jewel in a multi-period funerary landscape.

So, here we have a henge, a real proper henge lost in the local fields, no signposts, interpretation boards, barely a mention anywhere really, and this was something that when discovered was considered as important as Stonehenge or Avesbury, now it seems to have dissolved back into nothing, very few people seem aware of it, It is all bit impenetrable.

There are problems obviously; a woodhenge isn’t likely to see out 4,000 years of weather any more than an average garden shed is, it’s made out of wood not Sarsen or Bluestone. And whilst someone can pinch stone and move it, there’s usually a bit left, wood just rots away unless the conditions are right. Being on a gentle slope in the valley of the a River Tas, this wasn’t going to end well. So there isn’t anything to see at all with the exception of a few contours. We live in an area where this is almost inevitable, our predecessors lived in the same landscape. We have no local source of a hard sedimentary or igneous stone, we have wood, lots of wood and lots of flint. Flint is a very handy resource, but gluing it together is difficult, and in the eyes of the local population at the time was probably more use for either making a sharp edge very quickly or making sparks with and would have had use for trade.

So what do we actually have here. In 1936 Grahame Clark tried to find out, and excavation was made. One trench was dug across the rings and one across the post holes. The ditches were 1.5 metres deep and 2.3 metres deep respectively, almost certainly with a bank in between. The post holes were a metre wide. So there’s no stone involved but some fairly impressive pieces of wood had to be dragged about to form the U-Shaped central aisle of pillars. Matter from the post holes has been dated to just over 4,000 years ago and is therefore Neolithic. It has been excavated twice since and a Geophysical survey of the site undertaken.

And here I am. Peering over a gate at it. It’s a rather unwelcoming first sight, the hedges are high along the lane, the gate padlocked and covered in barbed wire. I can see a slight lift in the ground between the two pylons, a hedge and a house just behind it. I’m not a believer in the general hippy chatter of ley lines and so on, my magick is strictly staged, more Penn and Teller than Uri Gellar. Sadly were there any here the marching cohort of metal pylons trooping away across the landscape would have sucked any strange power out directed them straight out of a three pin plug and into a mobile phone charger or a flat screen telly in the nearby estate, or a PC at County Hall which sits on the horizon. It’s a bit of a sad state of affairs. I head off back up towards the main road and back down towards Lakenham. 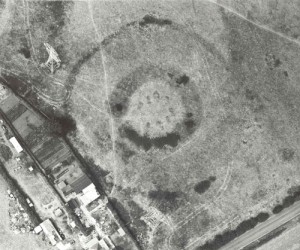 Stopping again, the fields are nice, there’s barley, it’s thriving in the recent mixture of sun and rain, it grows around the giant metal feet of the pylons, mutes the horror of the electricity substation behind the site a little bit. The fat cereal heads sways, the wind swept up under the shadow of a cloud, I kneel and look at the surface of the field; dropped barley, rabbit droppings, a shotgun cartridge, a coffee cup lid, a broken lighter bright orange half buried in the soil, archaeology of the future. Lots of flint pieces all plough shattered, no connection, no sign. A rep on his day off guns his Audi past the gateway to the field accelerating down the incline, far off I can hear a plane. The light plays back across the top of the barley as the clouds move and for an instant the traffic noise drops and you can imagine the posts in the distance, then the electricity returns.

Further along I spot an entry point into the field a weirdly phallic stile pressing inwards into the field full of stubby grass and tussocks. I’m already aware that there is a public right of way and this is the intended final destination, but there’s about twenty horses staring at me standing in a horseshoe. The horses all look at me and move, so I don’t. Again I can see the faint rise in the ground that marks the area the Henge sits on anchoring the past in the present. The pylons march on, the wire holds us out. 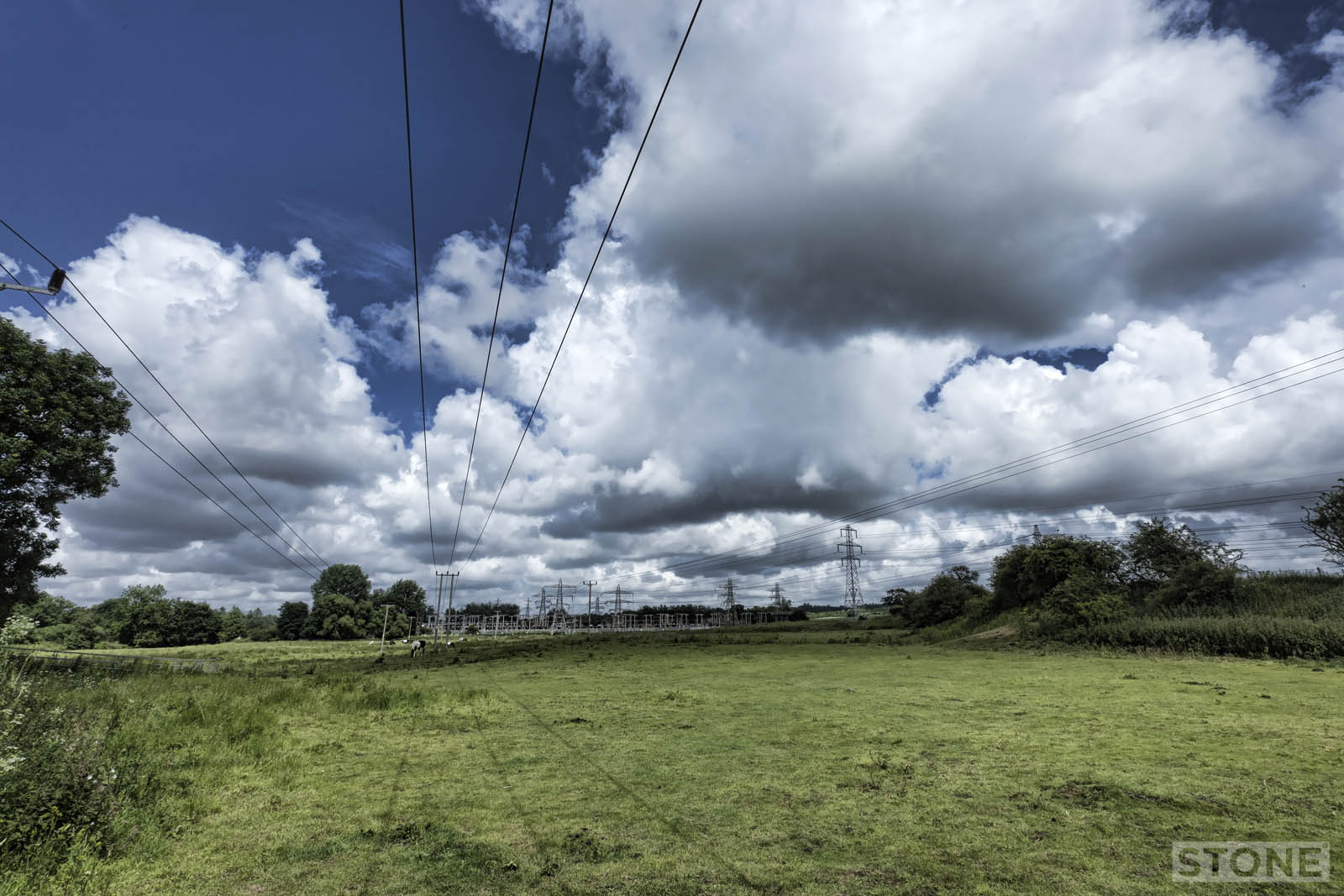