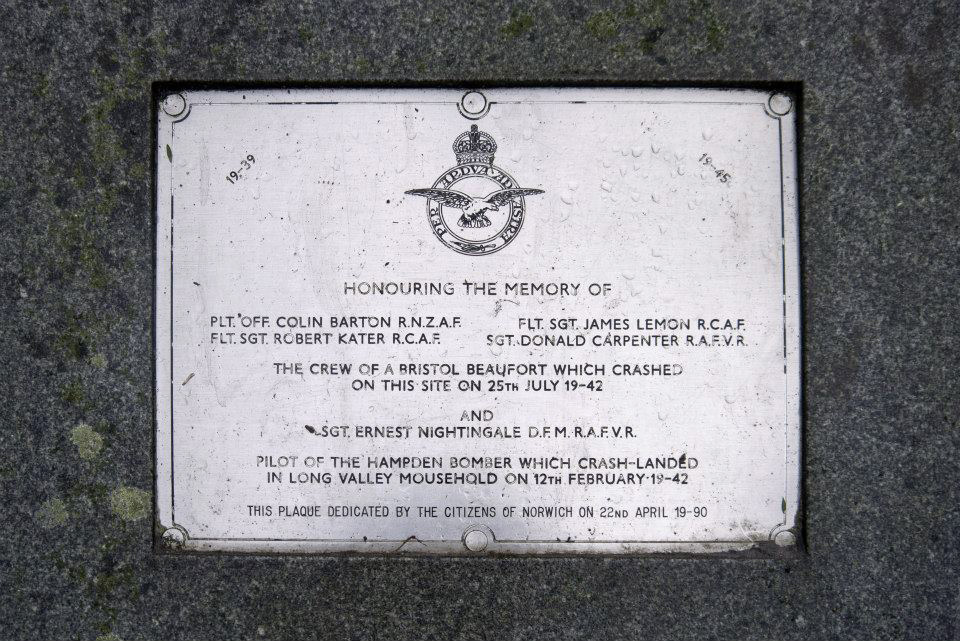 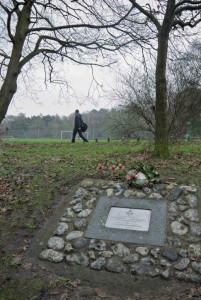 It’s an odd little memorial just off the side of the Road near the football pitches near Gilman Road. I’m not entirely sure of the circumstances either. Mousehold was at the time a dummy airfield chances are that either plane could have been making that way to try and get down safely, I’ll try and cover the remains of the airfield another time in detail, there are remains in the industrial estate on Heartsease, the field itself lying under the school and beneath the curved roads, flats and towers of the estate. The crew of the Beaufort all died, a real cross section of nationalities, British, New Zealander and Canadian.

The Hampden was slightly luckier with the crew surviving with the exception of the pilot. The aeroplane had flown out of RAF Luffenham. They had been hit by flak over a target and the pilot was trying to crash land the plane safely by heading towards Horsham St Faith. It’s possible that the dummy field at Mousehold caused some confusion.

And
Sgt. Ernest Nightingale D.F.M. R.A.F.V.R.
Pilot of the Hampden bomber which crash-landed
In Long Valley Mousehold on 12th february 1942

This plaque dedicated by the citizens of Norwich on 22nd April 1990.

More on the Hampden here  http://www.626-squadron.co.uk/willem27.htm