Vergeltungswaffe 2, The Retribution Weapon. A less than charming name for nasty things. The Germans were way ahead of us with rocket and jet technology, in fact they were way just ahead of us with most technology for most of the war. I remember marvelling at the discovery of the Messerschmidt 262 and 163 in 1:72 Airfix when I was still in single figures, how was this possible? Jets and rockets are 1973, not 1944. The shape of the 262 once stuck together was something else; it’s flattened shark-like nose, the sloped wings. I read up on it, sat on the funny little cushion covered benches in the slanted chopped up sunlight of the odd little 1960s built library near the Community Centre. Top speed ludicrous for the time, a straight line tearing through ranks of Liberators, Fortresses and Lancasters shredding them before they’d even seen the things. We had the Meatbox Meteor as our offering. Then they had these rockets and the pulse jet V1 Doodlebugs my mum talked about hitting London, she remembered the V1 well, the puttering engine then the impact and blast, creeping, silent, noisy death. I bought a plastic one with pocket money, there was no simpler model to make, the Suffolk Colt of the world of weaponry.

The V2 was like something from Tintin, an archetype in cartoon rockets. The first intercontinental ballistic missile. Rought with problems they were a huge achievement in the death race. Something that arched almost touching the edge of space then fell to earth without warning. There’s scars in Leyton Marsh and holes in the lines of terraces across London and the South East. East Anglia in range but out of accuracy fared quite well against them, numerous stories of them cratering fields, blowing windows out in villages from Crostwick to Costessey. Arriving on the end of some hellish rainbow from complexes across the North West of continent terminating across Southern Britain, but in eality ending in Apollo and moon launches and space. Anybody driving from Calais down into France passes two one at Eperlecques and one at Wizernes. I visited the latter a few years ago, it occurred to me last night that the remains must be visible on Google maps, and this is indeed the case, so I’ve overlayed a few of them below including the previous two and Pennemünde in Northern Germany. 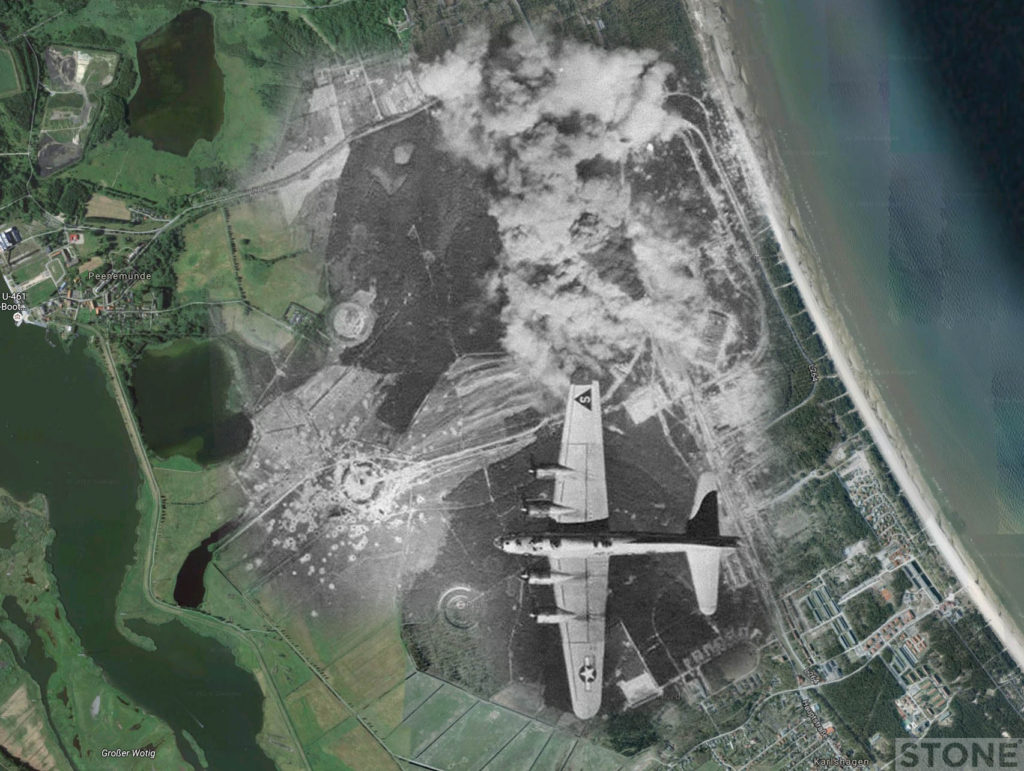 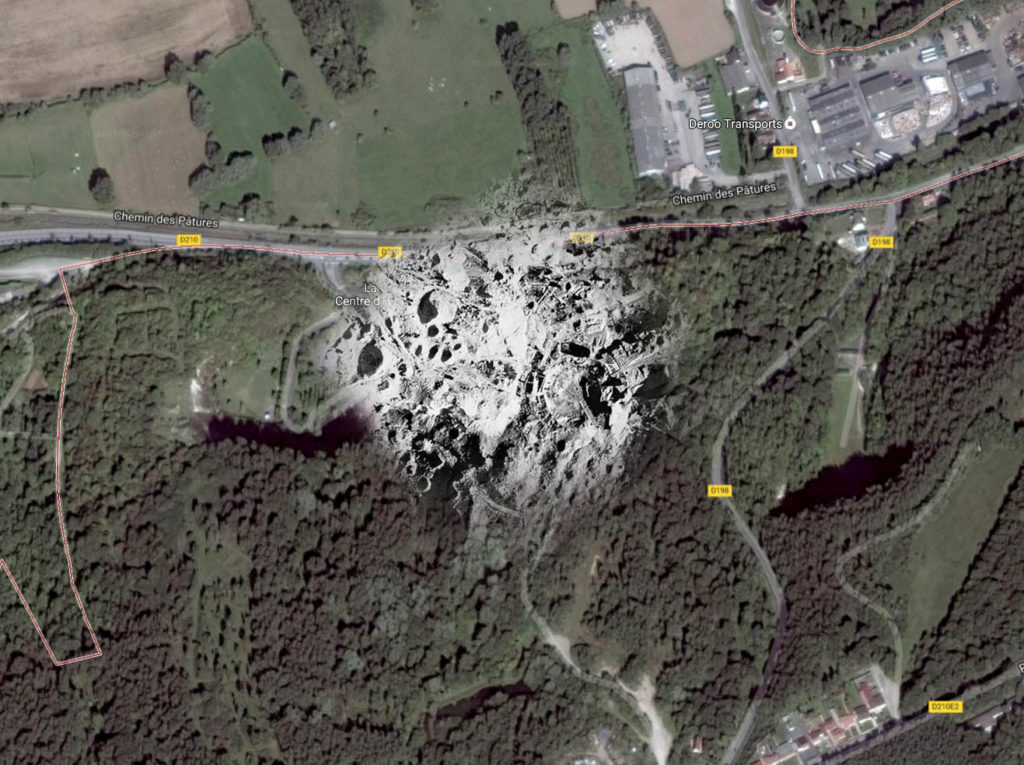 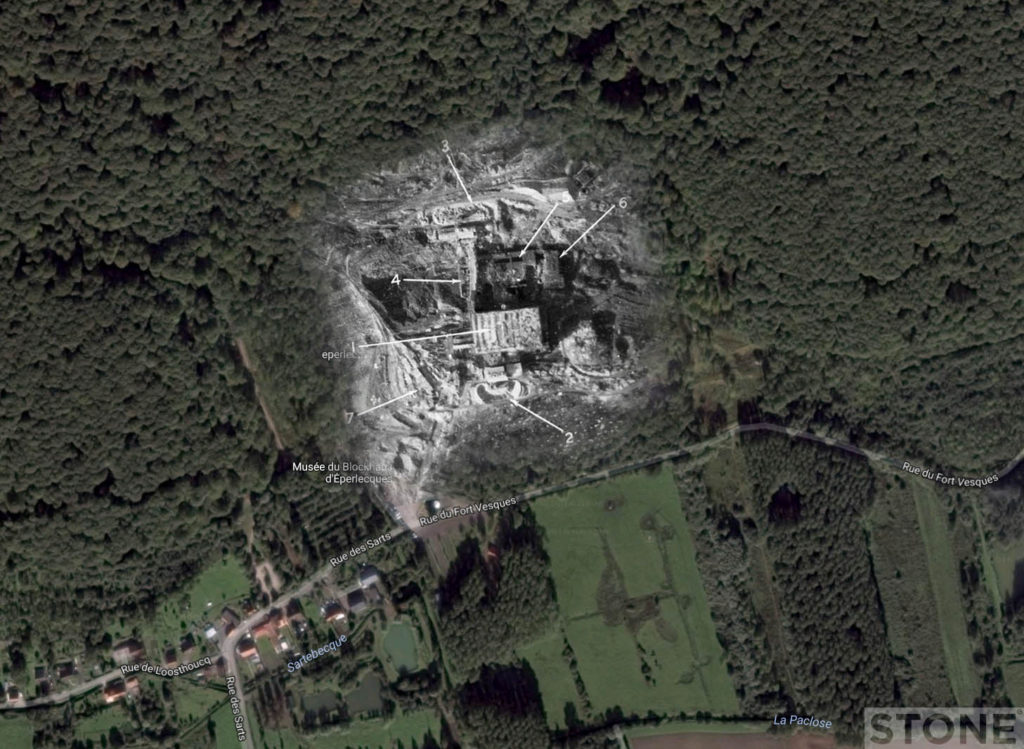 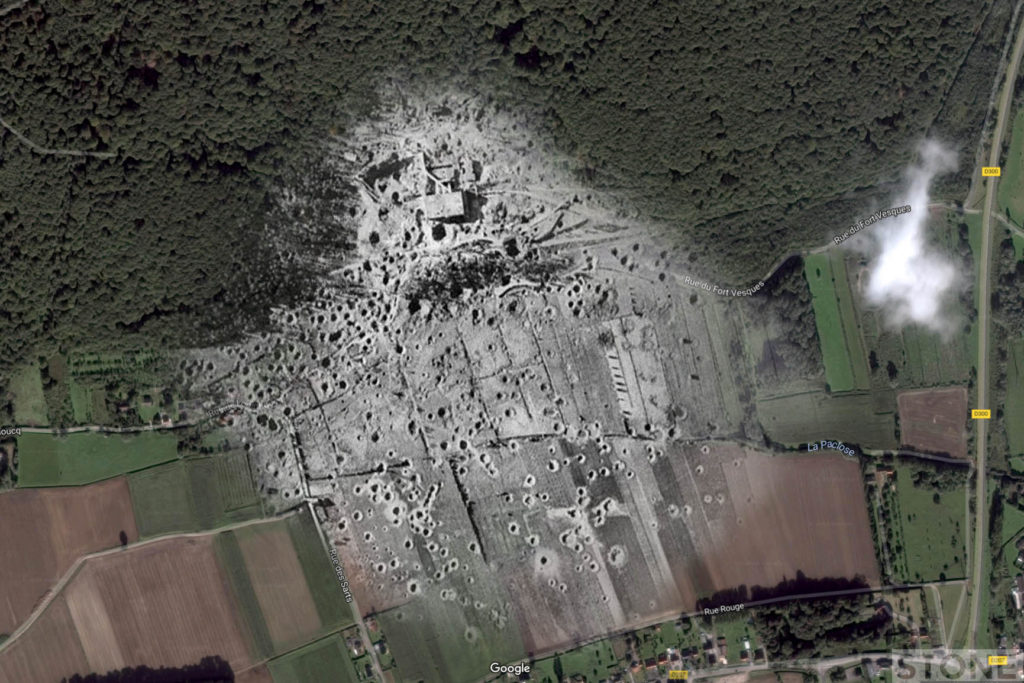