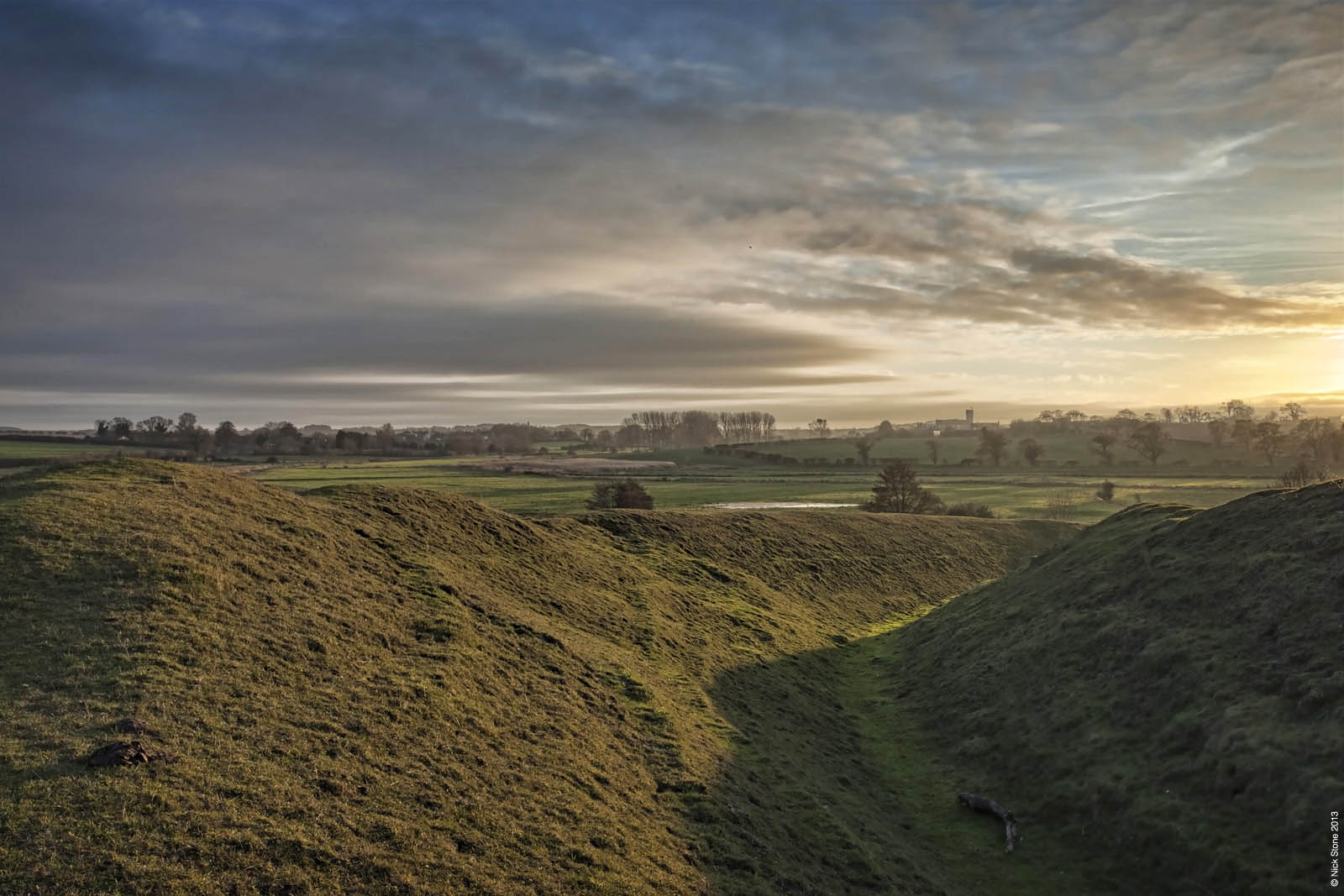 Warham camp is the best known and best preserved iron age hill forts in Norfolk. Hills aren’t that popular here, we like our sky to go right up to the edges of everything whenever possible, but that doesn’t mean they don’t exist, it’s not the fens, those are flat. That said this and Bloodgate Hill aren’t exactly Maiden Castle, Dorset we aren’t, but it does still sit neatly on an area of high ground. In fact it sits on the edge of the River Stiffkey just up off the flood plain looking out across the valley, commanding some rather nice elevated views, some of which hasn’t really changed much in two millennia including the fort itself. Above you can see the Northern edge with the more contemporary entrance way cut through the banks and ditches. 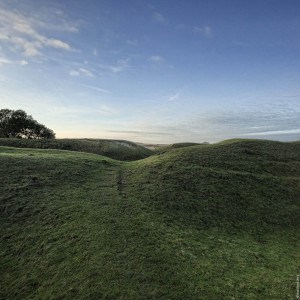 The site is close to a barrow and in an area where there are ‘shrieking pits’ more on those at some point, there is also a suggestion that due to the local colloquial name for this of ‘Danish Camp’, that this could be some folk memory passed down and the camp was reused by the Danes who pulled up probably near Weybourne in their long boats and set up camp in the enclosure, I’m not aware of any physical evidence of this as the area remains largely uninvestigated, the platform not having been dug as far as I can work out.

There’s enough lightweight evidence to suggest looking at an area that is historically busy. The indications are that the site is late iron age, with evidence of Iceni involvement, which would fit with how it just uncomfortably into Roman times. It had a wooden palisade and walkway and would have not been quite so smoothed by time and weather, we’re looking at deeper ditches and higher banks. Sue White has done some rather excellent illustrations of how it would probably have looked which you can see by clicking here. 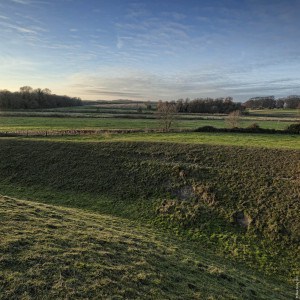 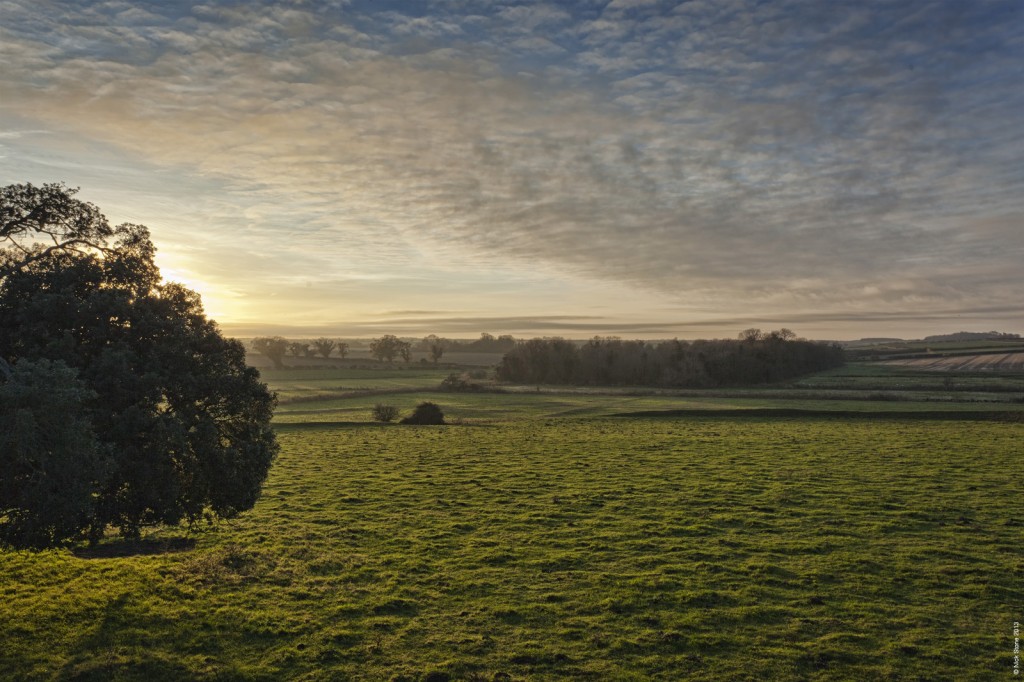 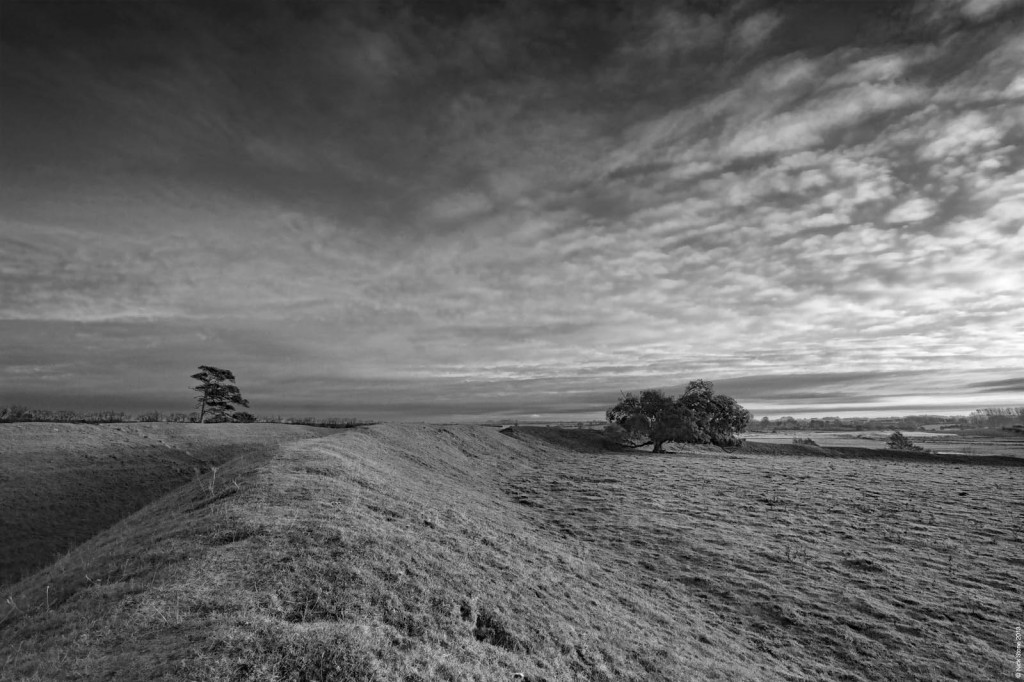 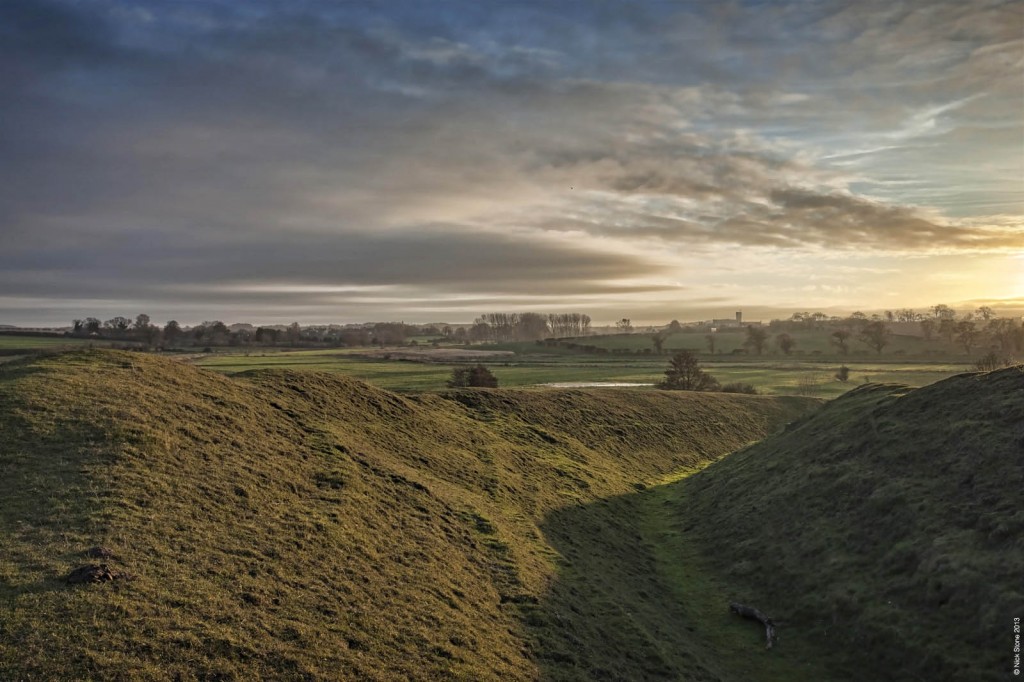