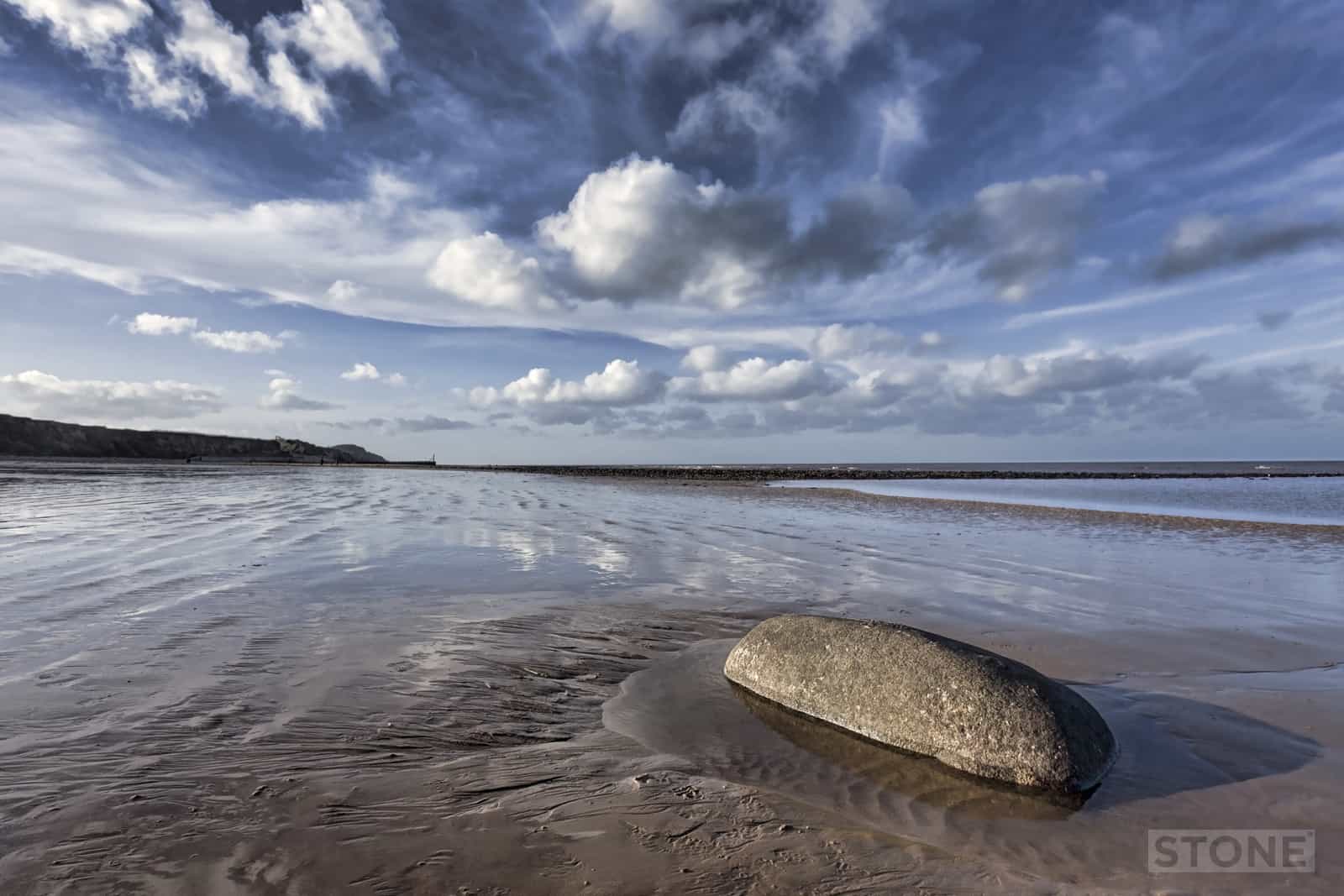 Another one of my favourite bits of Norfolk coast, lots of reasons; my childhood, our children played here, I spent a lot of my teens mooching about between the slipway with Vodka and the Village Inn with beer, staggering up to Roman Camp to doss on mate’s floors and settees. Then there’s the beauty of it, the roughly layered, twisted cliffs and massive chalk erratic, the weird flints the expansive beach and the sea.

When the tide is out towards the shelf, it reveals not just sand but a major outcrop of Cretaceous chalk, between 145 and 60 million years old, the beds along this stretch are the younger end of the spectrum, formed on the ocean floor from shell and coral debris. West Runton is peculiar as you get unusual ‘Pot-stones’ or Paramoudra; those giant flints with a hole through the middle; these were formed by an odd chemical conditions involving an ancient burrow of some long dead unidentifiable sea creature, I’m not going to pretend I understand this, because I don’t, but they’re strange things, often forming circles and patterns. You also occasionally see outcrops of quite iron rich Wroxham (or Weybourne or Red) Crag and the on top of it which are out of sync with the layering you’d expect, too young, with geological periods missing the Tertiary worn away, it’s called an in conformity” which is a nice thing to be called in my view however old you are. 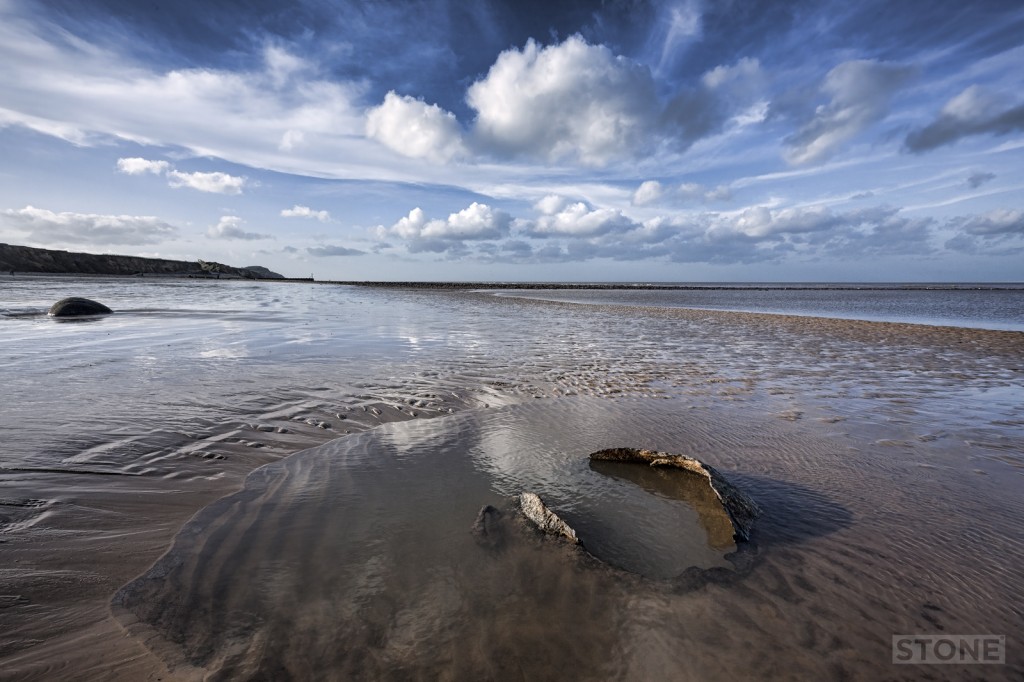 The really interesting bit for me is and always has been the freshwater beds at the base of the cliff, always there but storms reveal more of the layer which varies between 2ft and 6ft in depth. It’s easily identifiable; a pliable black layer of a peat like substance, peat-like, because it is in fact peat (see picture below), It was laid down somewhere around 500 and 750 thousand years ago. During the Pleistocene this area was pretty much a swampy coast, with the rivers Bytham which no longer exists and a proto-Thames feeding deltas, flowing out near Pakefield. There’s was also Elephant in this room, well there was, now it’s in the museum. What this layer does is speak of an age deep in human history, when West Runton and the Norfolk Coast were at the edge of Doggerland, the plains that ran across all the way to Denmark and joined us to the continent before the Ice age shovelled the tills, sands and gravels over this layer, then withdrew causing flood events, the last of which was some 8,000 years ago that eventually ended Britain being a part of the continent, a peninsula rather than an Island. This is Deep History; days when Homo antecessor and Homo heidelbergensis wandered about and made flint tools and then lost them at Happisburgh and Pakefield all in a climate slightly warmer than today, almost Mediterranean. The fossil record in those layers shows a land of Elephants, Hippos and Hyaenas, we know what it was like because of pollen, beetles, molluscs, snails and seeds and some fossilised Hyena dropping, very convenient dustbins of bone that they are. Before the ice returned and forced those early humans down off what became the Norfolk Tundra into the refuges of Southern Europe. The ice cap ebbed and flowed for around 450 thousand years until about 12 thousand years ago when the age of glaciers abated and we entered the Holocene interglacial which is where we are now.

There are a couple of interesting beach features along this stretch. Heading towards East Runton there’s what appears to be a large glacial erratic buried in the sand just above the low water mark, it’s a small crystal volcanic rock, smoothed by time, and it’s a long way from home, it has ‘SC 1770’ on the seaward side, scratched into the surface by Sharman Cutler in about 1770 (main picture). ‘Black Meg’ or ‘St Georges’s Rock’ is close by out beyond the low water mark. It seems to date back to before the early 19th Century, these are cut faced blocks and may have been dumped or could be the cargo of a boat that ran aground. Nobody seems particularly sure. As for the steel sphere you can see in teh photo above, I’m assuming it is either an old sea-mine or a buoy, there seems to be a loop on it that maybe attached it to the sea bed, not knowing is part of the journey and the road trip we all do is the best part. 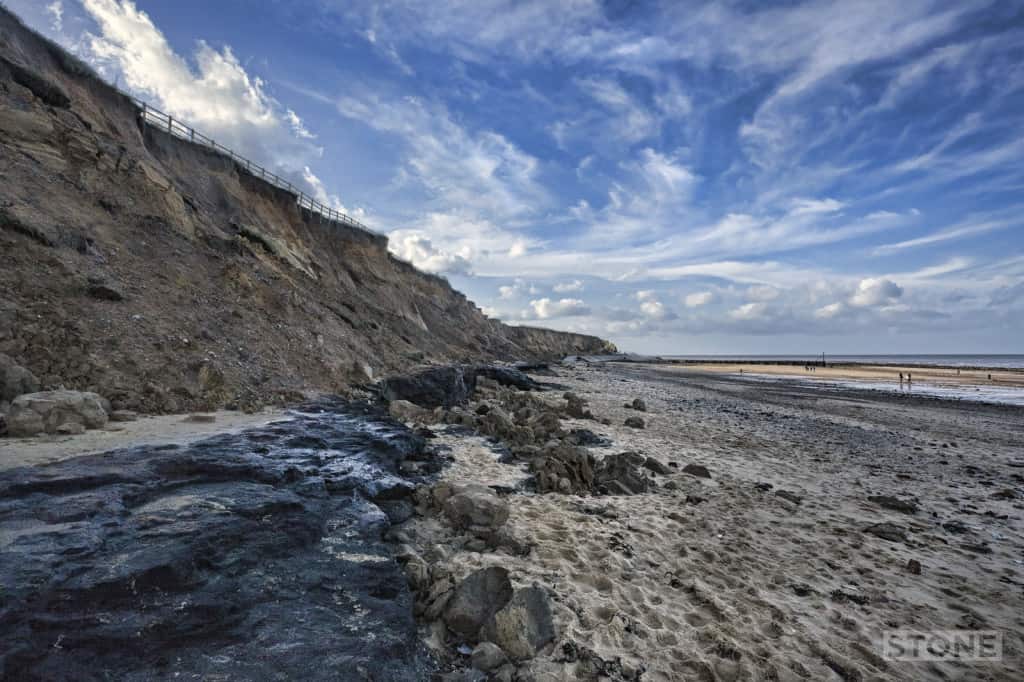 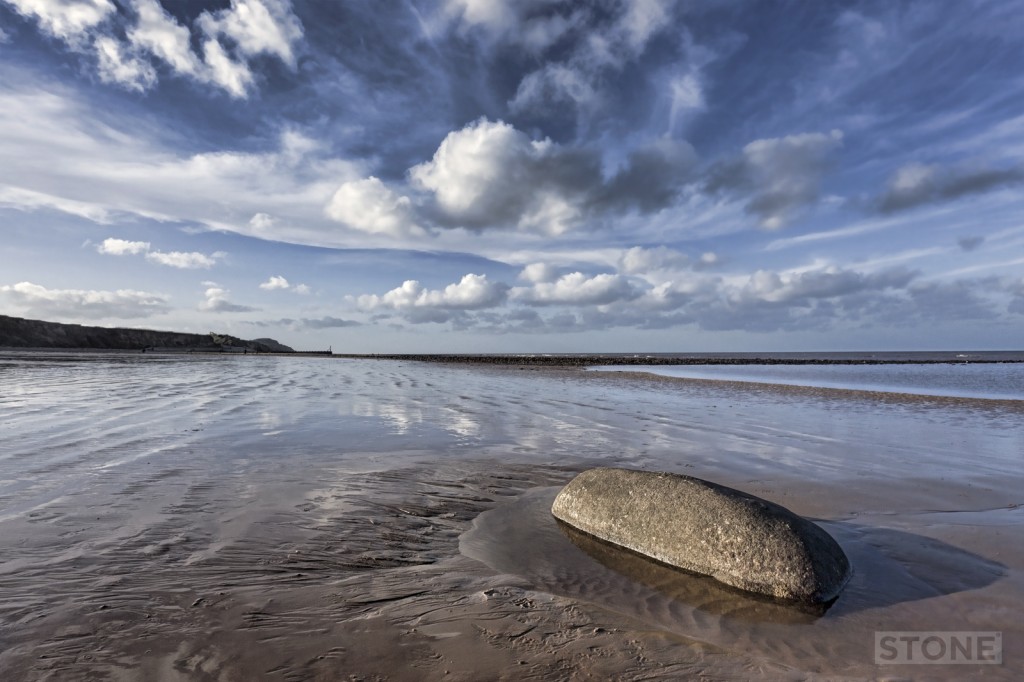