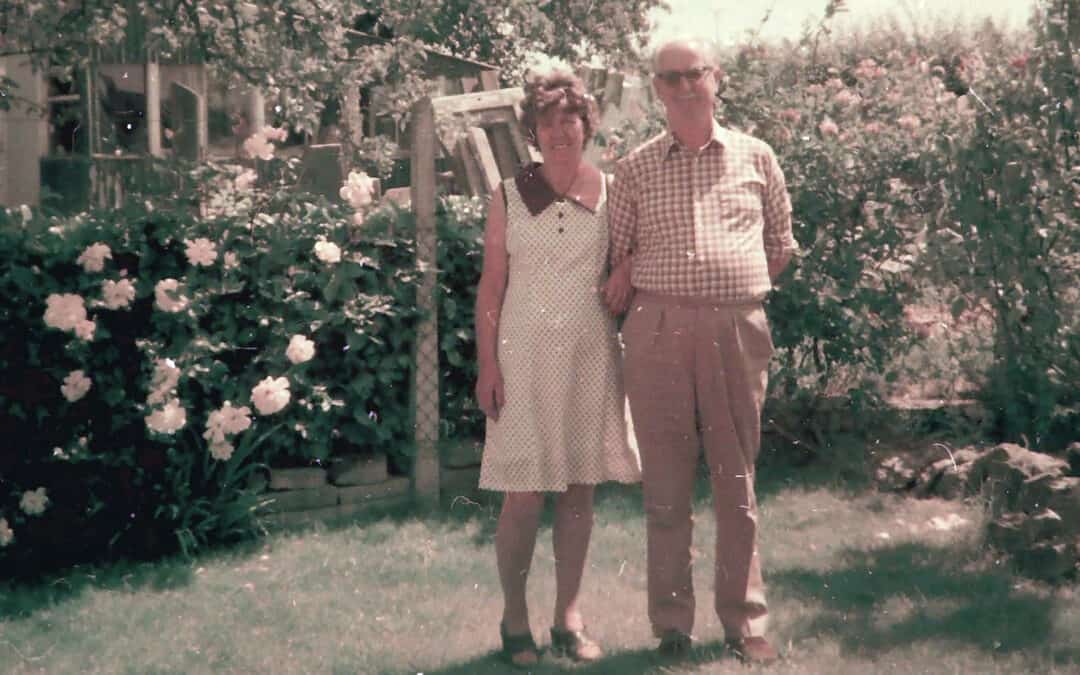 I’ve built up a bow wave of subjectivity over the years about ghosts. I grew up in a very lapsed-methodist household, my mum’s background was very low-church, she liked singing hymns in the kitchen at Sunday tea time. My dad sometimes, but very rarely made me say prayers at bedtime, but usually he just read me A .A. Milne poems or some bits of Lear. The household spiritual road extended about as far as the odd wedding or funeral before petering out, We’d occasionally go to a Christmas services in the local rather large and appropriately festooned church of St Nicholas – it was more a confirmation of my mum’s desire for spectacle, and my dad’s desire for piece in her presence  than any huge need to welcome in Jesus on his alleged birthday. If we did go it was always the midnight service, my parents already warmed up with some Christmas spirit. I have no particular memory of it apart from them belting out carols, they both liked to sing – especially mum, and my own excitement about the prospects the watered down 1970s less rampant prospects of capitalist excess held for Christmas morning.

The only objects with any particular religious bent in the house were a small framed 1950s print of the probably not Virgin Mary holding a smiling baby Jesus on her lap, his arms raised to a light in the sky, it languished out of sight in the spare bedroom, there was also an old, slightly nondescript bible which sat in the dust on a small bookshelf under the telephone between some slightly horrifying illustrated nursing and midwifery books belonging to my mum – things that still scar some of my inner logic circuits about disease, There were also a few gardening books which were my dad’s which didn’t*.

Crux of this, we weren’t especially spiritual in the trad religion sense, not that we weren’t a bit spiritual if that makes any sense, but there was no sense of it beyond there’s this big chap upstairs – part of the inherited sense of Anglicanism that is ‘don’t do bad stuff or you’ll pay later, and you can’t apologise your way out of it’. This is I guess vaguely still adhered to somewhere in the remnants of the moral framework parents install from their own default experiences in different times. My own path was picked fairly early on, school assemblies and occasional services cementing agnosticism in place which drifted into laissez-faire atheism by my mid-teens, by which I mean I mostly just don’t really mind what other people want to believe so long as it doesn’t get in the way of people’s rights, and should it do, be prepared to prove what you’re saying and possibly receive some fury. Beyond that if you want to believe in the magic sky melon, or whatever, I’m pretty easy.

I guess one of the things about religion is I quite like some of the ritualistic trappings, the buildings and the general whatnot that links us back with how religion has been used to control and indeed to hold together society at times, it’s nice to see the branches of history, and how we grow out of these different societal prisons we’ve constructed in the past. Plus I find churches interesting and pretty restful places, on a hot day, a cool, quiet space to be in to just absorb nothing and let time flow through you.

It’s a funny footprint to lay a story in, but I’m out of practice so I had to start somewhere and this is partly about what happens when someone dies; that particularly strange and occasionally exotic set of ideas we have which surround a painful set of circumstances – it is what grief does to you.

I was one of those kids who liked the tiny local library just as much as I liked riding my bike, building forts in hay bales, or crawling about in old storm drains. I like books and for a time had an especially strong connection with the very short section in North Walsham municipal library on ghosts and hauntings. What sticks in my mind most is Borley Rectory, especially the book by Harry Price. The other is a real love for that actually fairly laughable book on the Ghosts of the Broads by Charles Sampson which nearly anyone who grew up in Norfolk who is over 35 will remember from the reprint with the ghastly cover with that odd skull on it. But anyway, I liked ghost stories, I still do, because they’re stories about memory and time and they’re slightly odd things we attach desires to. I’m sill always happy to go and draw the air between my teeth and smile in places M.R. James and his ilk found parts of their art, or go and search for remnants of the shucks and black dogs hidden in our local folklore out in the blowy wilds of the North Norfolk coast, or the greening lanes of the Suffolk borders.

But I am a non-believer, I don’t believe ghosts exist, not in the common senses; not as an echo of anything more than wishful thinking, a desire to believe something exciting, it’s another fork of religion, our love of mystery as a species, the need for the monkey brain to explain thunder or a comet, the deisre for patterns. But here’s the rub, I’ve seen ghosts and I mean physical manifestations of dead people, and experienced strange occurrences which I can’t explain, mostly they weren’t unpleasant, quite the opposite in some instances, and just a bit weird in the others, all of them caused the blood to rush to the core and that familiar pilomotor reflex and cooling of the skin.

I’ll start with the ones which relate to my dad dying. The first, exactly four days after he died. He went quite suddenly on a Saturday, and despite being ill on-and-off with his heart for a while he’d been healthy for a year or so – it completely caught us out. The doctor immediately gave my mum some Valium, I had a weekend in front of me and took one day off school. I didn’t cry, I actually couldn’t, I tried to force myself, but it wouldn’t happen, nothing came. I think something inside didn’t quite believe it was real. Nothing could be this final. My diary for the evening of the day says ‘It still hasn’t hit me, he died at 9.30am, I last saw him at 8.45am. My sister came to get me from work I was weeding the beds. We milled about at home until 12.45 and then went and got some chips from Big Fry and made some Brevilles’. The following day is much the same ‘I still haven’t realised, I’m beginning to wonder if I’ll ever work out he isn’t coming back. Went and helped clean my brother’s Avenger, played records and nicked a fag off my sister’. The utter banality of a sudden death up close as reported by a 17 year old whose only previous experince on this stark slow ascent into grief was the passing waves of few pets dying.

On Monday ‘I have to go to the dentist for some fillings, my girlfriend rang, brother Chris arrived from Canada, we might go to the pub’. And on the Tuesday ‘We spent the morning sorting through his meticulous folders of paperwork, I found his poems and my old school reports’.

I decided to go back to school, my girlfriend came round to get me at 12. I was smoking B&H wandering around the garden. We had a long large plot ringed by privet with two old apple trees, a slab of grass, a pond, then the other two-thirds full of his vegetables. I stood on the crazy-paving Dad had laid over an old weedy gravel strip, he’d bent it off course around to the side of the house following a desire line bisecting his grass; it was the result of days spent on his knees the entire thing made of shattered grave stones – cast-offs from the monumental mason next door, a slightly macabre but intriguing jigsaw puzzle.

I stood with her on this stone patchwork between the potatoes, the cabbages and runner beans, and the raspberry canes, the sun suspended in a cerulean blue painted summer sky fading to white above us. She hugged me tight, rubbed my back like a baby, then let go. I gazed over her shoulder at the house as we talked, looking at the bay window where my mum and dad’s bedroom was, and there he was, standing in the window – him, there – moustache, black framed Ronnie Barker style glasses, his hair slicked back in a faintly unruly weekend way, a faint smile on his face looking straight at me, deep inside me – It lasted long enough for me to realise he was wearing his pyjamas and dressing gown, then he faded, blinked back by tears, I did a heaving sob and everything suddenly broke like a wall finally collapsing under the weight of a flood. Then we went to Kett’s tea shop and met a load of mates and had a cuppa, smoked fags, told jokes, because that is exactly how these things work.

That wasn’t it though. The funeral was on a Friday after a short and bittersweet conveyor belt ‘funeral by numbers’ job, followed by a slightly drunken get together of friends and relatives. Mum hit the gin and took the last of her Valium, I’d nicked some beers and sloped off with a couple of mates. The next day was a Saturday, she’d asked me to go upstairs and get something for her, I can’t remember what. We had a small narrow staircase with a lethal dogleg halfway and fairly loose striped carpet held in place by brass stair-rods. At the top it had a yard long banister with a blanket box resting against it on a slightly grubby striped carpet that had been here longer than we had. I loped up the stairs, and as I rounded the corner I was stopped in my tracks by my dad, standing just outside the doorway to their bedroom smiling at me. I stared, this was real, not some pattern of frost on glass, no smoke, nothing transparent, a completely solid human being right there in front of me. All the hairs on my arms and my neck stood on end. I don’t know if he faded or I blinked him away, but I didn’t make it any further, I turned around and went down and told my mum, told her it was the second time. She nodded and said she’d seen him too, standing on the landing in his dressing gown. It was oddly nice. My diary just says ‘Saw dad again’ in between the garbled chatter about songs and spliffs in my broken and chaotic teenage scribble.

I don’t really know what this is, or what any of it means – at a guess I’d say it’s a reflexive response to an emotional situation coupled with the curious power of a memory, the death of my childhood laid out in front of me, that forward venture into a new unknown that comes with your late teens. I’d seen him standing there often enough – he died in that room –  part of a pattern playing out casually on the screen in your mind like a projection as if they’re there where they’ve always been. I can still clearly see both episodes, a memory cast forward then back into my cortex – my internal filing system. I can play it over still and it’s more real somehow, however received, than some of my actual memories of him being alive. We’re all ghosts of someday.

*Incredibly accurate colour illustrations of anatomy with STI’s, plus photos of people with Smallpox and Leprosy are still filed somewhere in a dark recess in my head, my niece, a nurse, has those books. I kept the gardening ones, Percy Thrower mainly.