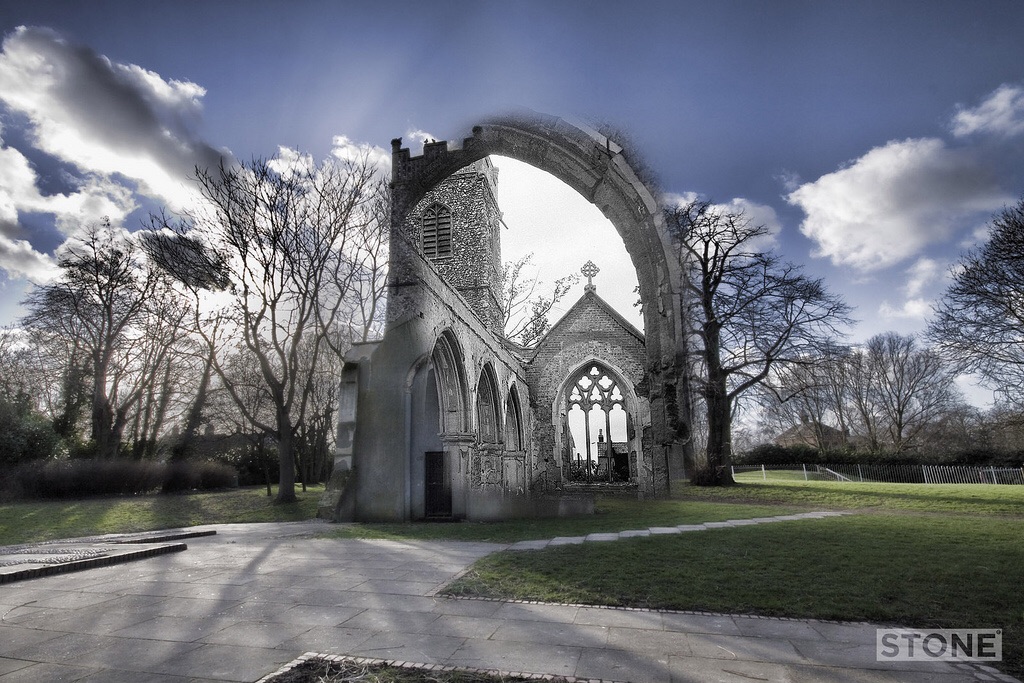 One of the few real reminders of the blitz on Norwich that is easy to visit is the church of St Bartholomew, Heigham, Norwich, it’s quite easy to find sitting just of Heigham Street and Waterworks Road. On the night of the 27th of April 1942 when the first of the big raids came the North and West of the city were studded with similar sights, The attacks concentrated around the Site of City Station but fanned out along the Dereham Road, on such bomb found St Batholomew and burnt it out. You can see by the inclusion of the pre-war photograph by George Plunkett it was a rather squat looking thing with aisle roofing that was as high as the main Nave roof, the tower looks quite slender and tapered in comparison to the bulk of the building. As you will find on Simon Knott’s Norfolk churches site, it was adapted by the Victorians, as were most of the city’s medieval churches. This church served a densely populated quite poor region of the city. 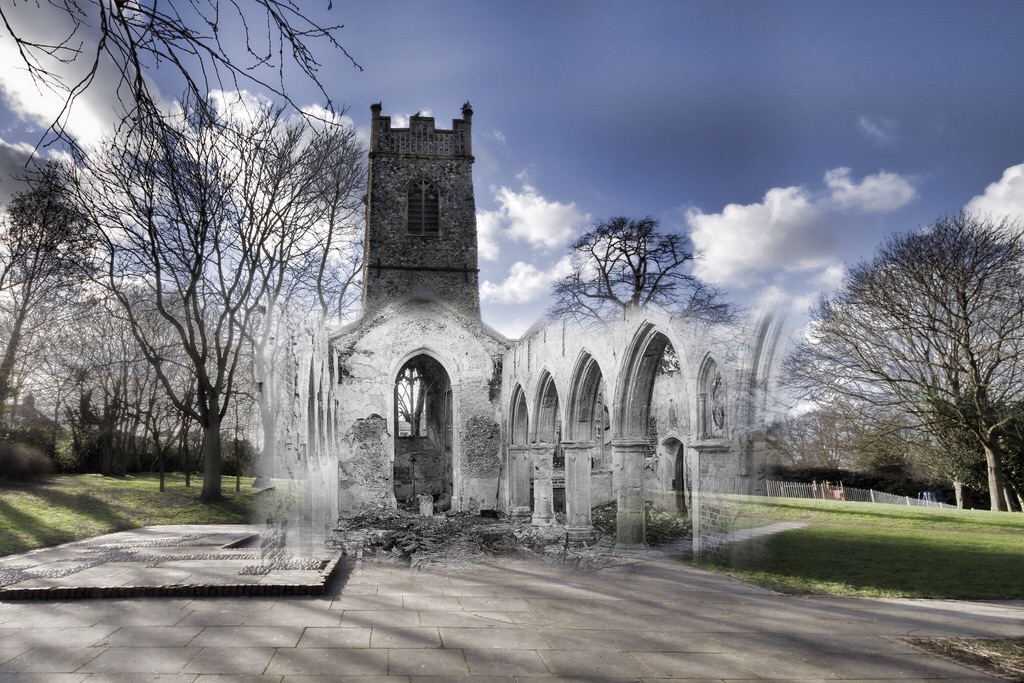 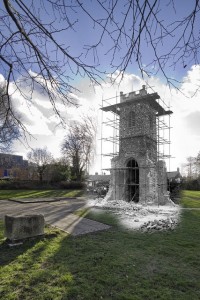 The site remained a ruin until well after the war, the aisle walls still standing, it was deemed dangerous to leave as it was so the body of the church was demolished at the old tower made safe as was St Benedicts just off St Benedicts street. These two were lucky, both have remains, St Julian near King a Street was rebuilt, but St Paul (See article on lost churches of Magdalen Street) and St Michael at Thorn, on the corner of Thorn Lane and Ber Street suffered a different fate, both were removed to allow for road widening for the link roads and development of the area.

Taken in 1953 by George Plunkett, this show the demolition of the body of the church and the making safe of the tower. I particularly dig the group of kids behind the church watching George, and therefore by magic watching me too, only now.

Worth a visit, a rather lonely old thing.

Original photos of church during the war: believed to be George Swain. Photo from 1937 and 1953; George Plunkett.