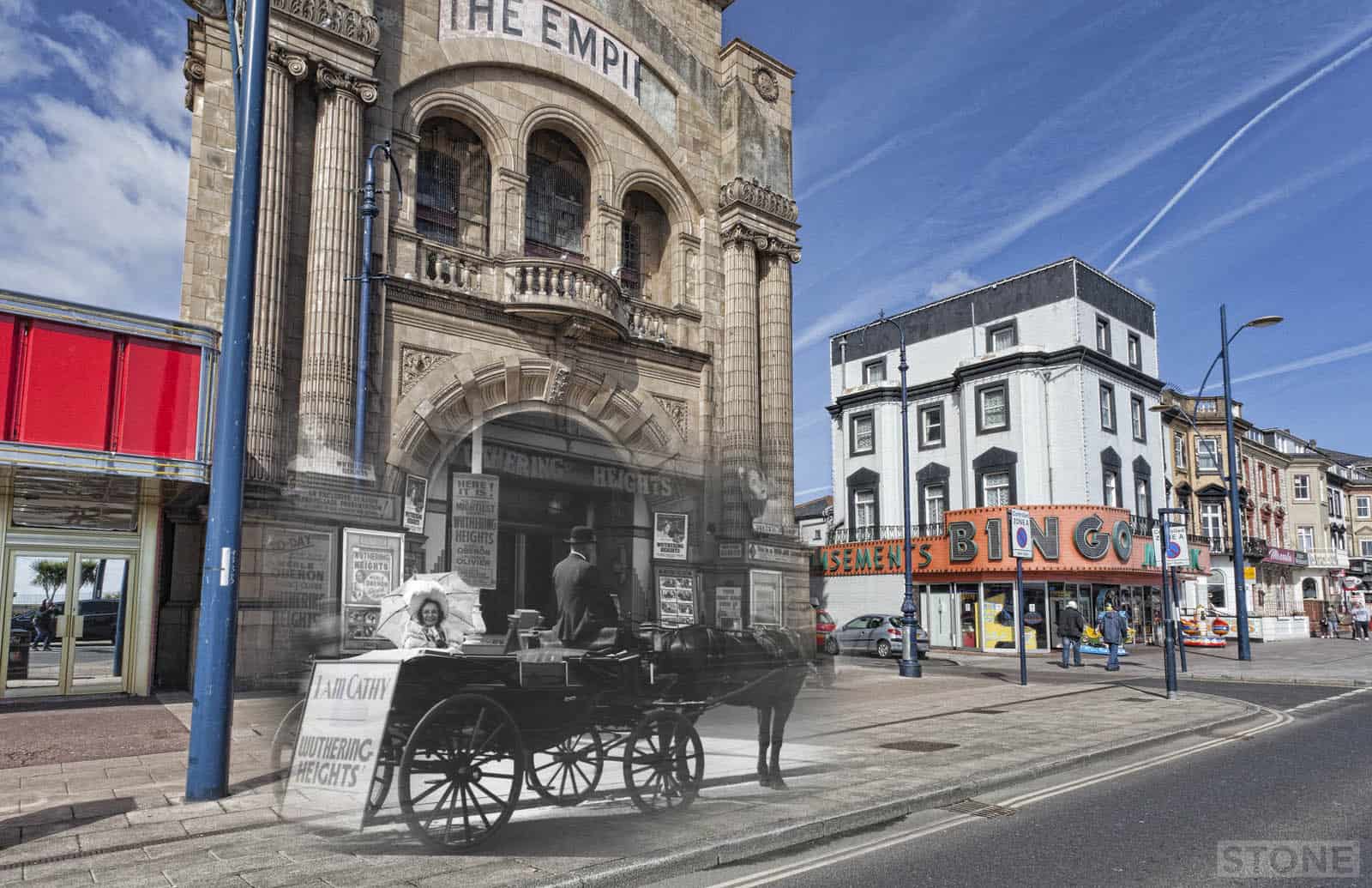 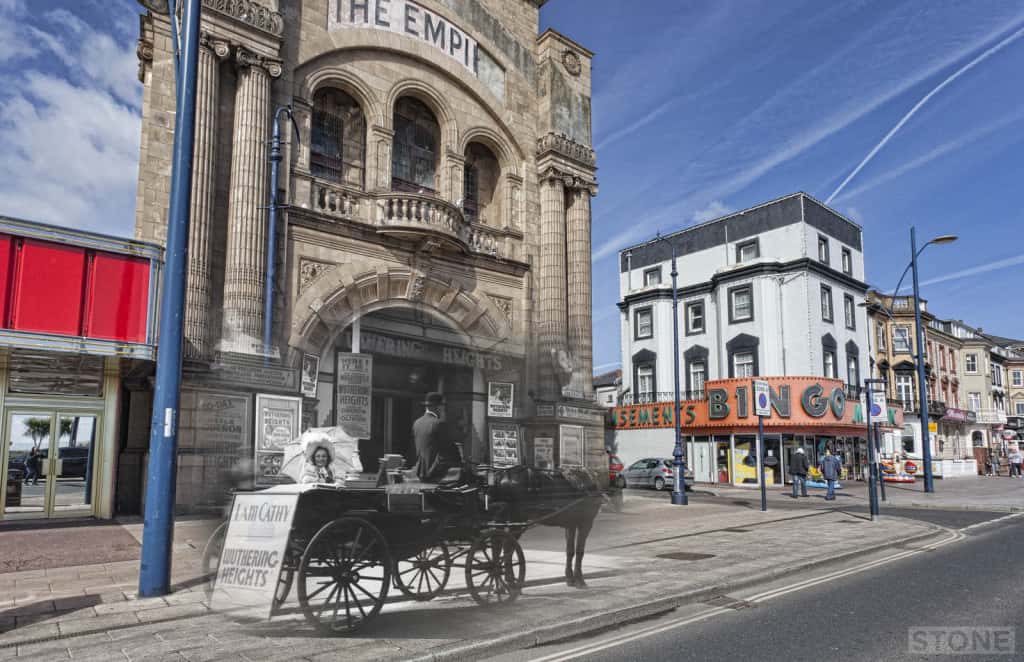 A recent addition to the series undertaken as part of project I’ve worked on with Cinema Plus at Cinema City, called Norfolk at the Pictures. This second set contains a series of images of cinemas in Great Yarmouth from the turn of the twentieth century up to 1960. Great Yarmouth had nine cinemas in operation, some still remain in operation, some don’t and have been converted to other uses, some have been demolished. The ghosts took a day to complete and included hilights such as finding Great Yarmouth has a shop which just sells belt buckles, mainly Jack Daniels ones and climbing out of an upstairs window of a restaurant to try and get a shot, unfortunately it didn’t work, but it was fun so I didn’t mine especially. Keep and eye out for more of these, there should be a special magazine later in the month.

The original photo was taken by Valeries Jordan’s father some time in the 1930s, showing a fairly elaborate advertising set piece outside The Empire where he worked. you can read more here.

To find out more about Norfolk at the pictures click here.

There will also be a booklet (which we’ve produced at Starfish)available soon which accompanies a cinema walk in Great Yarmouth which will be available from Time and Tide Museum in Great Yarmouth. I can vouch for the walk, as I’ve done it, although you may not get to climb out of any windows. 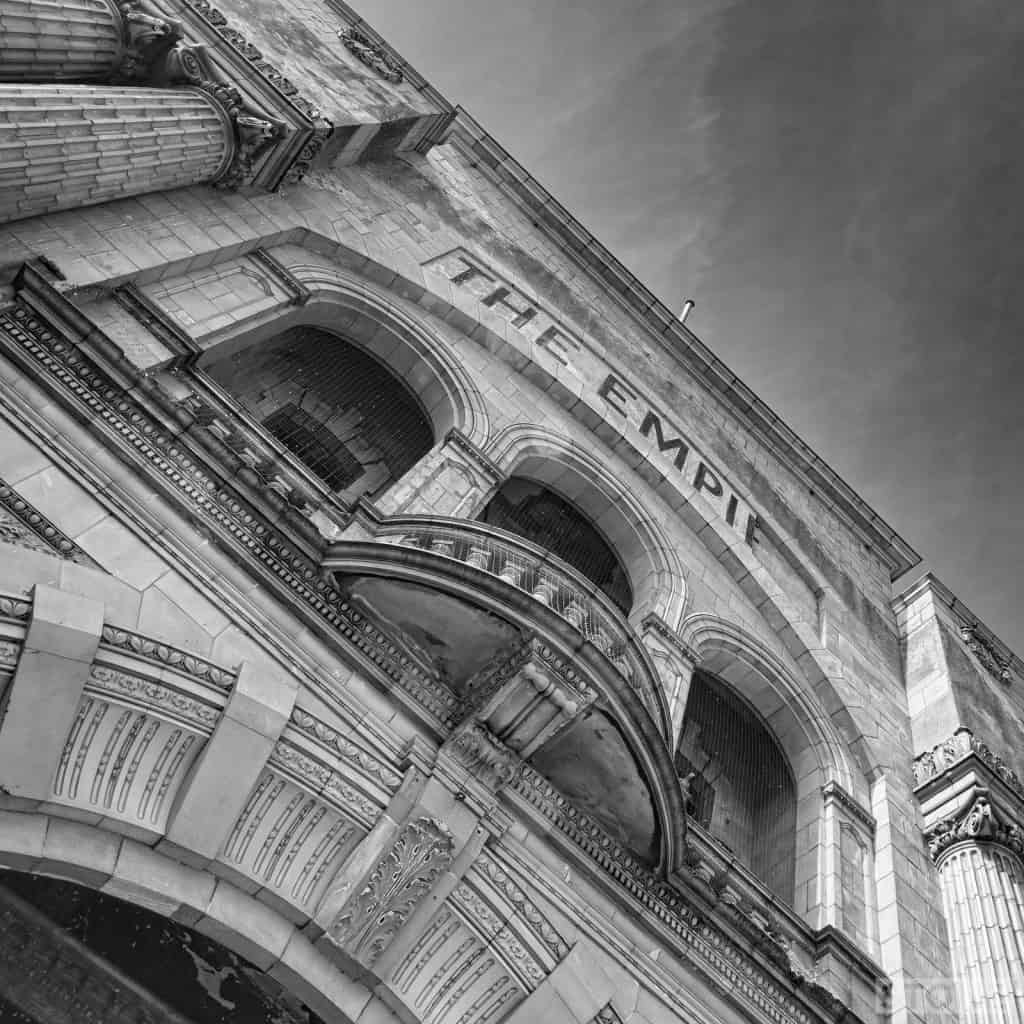