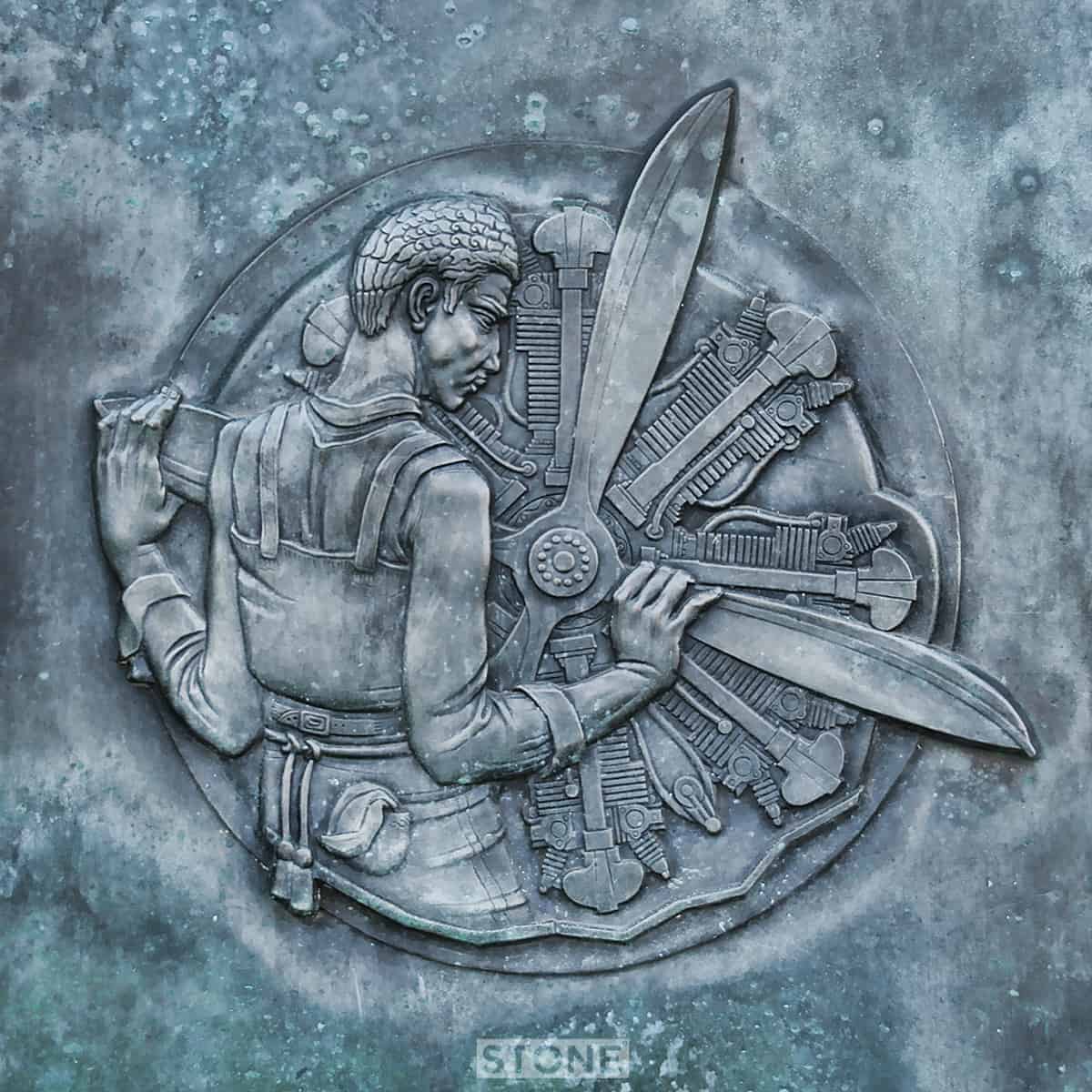 Sometimes the interesting things are hidden in plain sight and it’s remarkably easy to just overlook stuff like bits of public art because you see them all the time, these are just such a thing. I am a lover of city hall, I like the shape it makes in the sky, it’s a proud building, modernity, looking forward from the 1930s when the huge area of courts and yards was swept away and ‘our’ city hall, previously housed in rooms all over and around St Peter Street was opened up, the row of semi derelict hotels swept away at the back of the market and a huge improvement made to the middle of the city.

There are a lot of tales surrounding it as a building; some mythic some not so, Hitler liked it apparently as it features the longest balcony in Northern Europe of any civil building, Ideal for waving your arms about like a crank on, as anyone can see whenever we get promoted in the football, in our constant tussle with not being relegated again 12 months later, Joyce aka Lord Haw Haw is said to have mentioned trying to bomb it on his radio show, which is rather at odds with what Hitler would have wanted, although one near miss did obliterate the cafe next door on St Giles. I’ve yet to hear any evidence for this at all anywhere. Also there was a one point a Dornier Do17 parked in the car park to the rear (see previous piece on the Dornier here). And yes it wasn’t finished, the third wing on St Giles was never completed, hence the slightly awkward shape of it.

All of this aside one of the nicest things about city hall are the doors. During the design process of the building a proposal was put forward to get James Woodford the Sculptor to create these designs, consisting of 18 roundels by created by sculptor James Woodford depicting the history of Norwich. The doors were cast in 1938 by metal founder J Starkie Gardner.

They are numerous and feature in a rather beautiful 1930s style lots of facets of the city’s history, here’s a few of them like a top 18 chart rundown for all you history pop pickers out there. We have as the main picture above Boulton Paul who built planes for both wars, the most prolific and local was the Sopwith Camel. The most famous probably being the Boulton Paul Defiant; not unlike a hurricane with a Wellington bomber turret welded onto it’s back, so heavy and ugly and so easy to shoot down they were mainly used at night. I still think they were quite cool (and mostly built in Wolverhampton).

Chicken wire, if you live in chicken town, you make chicken wire. There’s one roundel that depicts the building of Norwich, specifically the castle I think, but it could be a Mall, because you can never have too many empty shop units or half empty Malls. Another features the shoe industry once so big now almost non existent, canning plants that were dotted about the city and county. Livestock times two, various manufacturing industries, the main one is a bit of a mystery to me, the figure appears to be making cogs or gears, but there appear to be a doll a shoe and crackers around the edge So I suspect it’s a generic reference. Alarmingly there appears to be one to the ever popular black death.

Our own middle class landowning rebel Robin Hood type; it’s Robert Kett with his major top ten hit, “I held a rebellion and all I got was this hill named after me”. Plus Vikings, argh run away etc, well they did give the city it’s name, even if they didn’t found it. Coming over here stealing all our beer, looting and pillaging, setting fire to Magdalen Street, then integrating, adding more words to our lexicon, tsk, I dunno…

There’s a plough a wool comb and a yarn thingy, which probably has a proper name but I can’t remember it and I’m to lazy to use google just to look clever, which relates to the rich part of the city’s history including the Strangers and all the cloth making, dying and so on we’ve got on with. More building stuff , yep we built old stuff in Norwich, not just out of mud, straw and horseshit either, no we’re great we ship stone all the way from Normandy and make a really rather fantastic cathedral out of it so we have to then winch the stones up really high, thanks Normans. It also features beer, beer, beer… soda siphons, what looks like a fencing mask and a ladies housecoat. Go and have a look. This is what we are about as a city, it’s pieces of art like this that record our function through time and I love it.

Oddly, I once designed a CD cover for a local band that featured one of these on the inside cover.

Oh and City Hall if you read this, your doors need a clean.