Black Shuck of the Fens

I have a confession to make. I was born on the edge of the fens. A child of the bleak, flat and desolate waste that sits on Norfolk’s western boundary, between ‘the Isle’ and the cold North Sea. I’m not a true fen boy, being born only on its borders – and my failure to marry a member of my own close family would always have set me apart from the true fen types; the real children of the black fens. However, I’m fen enough. Fen enough for the idea and mythology of Black Shuck to have bitten deep from an early age. To have sunk his fangs deep into the darkness of my nights. The great black dog that haunted the long straight roads of the desolate fens, eyes as big as saucers, following lone travellers – tempting them to flee from the road into the deep, boot-sucking darkness of the marsh. He was the tale told in the corner of the pub by old men in flat caps to the scornful youth that sat enraptured. He was the story told by youngsters on dark walks home from the common, to raise the hairs on their friends necks and make hearts beat a little faster. He was the darkness, he was the devil, he was the fate that awaited the unwary traveller. Black Shuck would, if you were lucky, take only your life. The unlucky lost their souls…

As I grew up, shedding both tail and webbed feet, I began to realise that the story of Black Shuck wasn’t simply something confined to the fens. It wasn’t just a tale of the flat lands, but was a tale repeated, with variations, all over the country. However, as I began to read more folklore I began to realise that although the story of the spectral black dog was a universal it was a subtly different universal everywhere that it was encountered. Even my own county, Norfolk, had two very distinct versions of the same legend.

In the east of the county was a black dog associated with the devil, storms, lightning and, most especially, the ritual burn marks on the back of church doors that marked its presence. It was the black dog of Bungay, of Harleston, of Blythburgh… and all other places where great storms had plunged lightning down into wet churches full of people sheltering from the tumult that crashed from the heavens. The dog of the east was a fast limbed emissary of the devil, striking at Christian souls as they took shelter, leaving his paw print burnt deep in to the oak – but going no further. A testament to the power of Christian prayer to keep the devil at bay in even the darkest of times.

However, the Black Shuck of the fens was a different matter altogether. The demon dog of the flat wastes was as much wolf as he was dog, and as much human as he was wolf. The Black Shuck of the fens, my Black Shuck, was not so much a spectral vision of the devil made solid in animal flesh – but rather human flesh transformed and twisted into the way of the great dog or wolf. A true grim. A man, or more commonly woman, wolf. A lycanthrope. A werewolf. A seeker of flesh amongst the reeds and damp sedge.

You see, the Black Shuck of the fens is often a little different from that found in other stories across the country. It isn’t a beast that is associated with a particular place – a lonely road or deserted stretch of coastline – but a beast that is often associated with individuals – or even families. The stories of course often revolve around women, the blood blighted victims of witch hunts and suspicion, and single women and widows were particularly vulnerable. Those masterless women whose presence in a community was a threat to good governance and a happy household. It was them that the stories centred upon. Stories of savagery far beyond those of the Black Shuck of the east. Stories such as that of ‘Mother Nightshade’ of Gedney who, in the middle of the eighteenth century, transformed into an “abnormally large grey wolf” before ripping poor John Culpepper limb from limb. Or the story of the young archaeologist who uncovered a large human skeleton with a wolfs head out in the wastes of Langrick Fen. That night he was woken as his house was ferociously attacked by a wolf creature which smashed its way through a window – leaving the poor youth to barricade himself in the parlour as the creature paced the house in search of him. By morning the beast was gone, and the remains were returned to the fen – and buried deep beneath many layers of peat.

Just where such stories come from has always fascinated me. Do they simply recall a time when real wolves were a constant threat to livestock and livelihood out in the bleak fen winters? Perhaps they hark back to the time when the fens were home to the many bands of medieval outlaws – the wolfheads – dispossessed and willing to stoop to murder and savagery just to survive? Or perhaps they hark back further still, to a time when invaders came from across the North Sea. A tall brutal race who came for plunder in their sleek longships, but stayed to rule as the blood line of the Wuffingas kings of East Anglia? Wherever they originated, wherever their origins lie, the stories have long outlasted whatever basis they once had. Or perhaps they really do refer to the unnatural and supernatural? The strange goings on that, until very recent times, were the staple of the myths and legends of the bleak flat country that lies on Norfolk’s western border. A land made flat, so they say, so that God could always see what you were doing. So, with that in mind, I’ll leave you to ponder the dark dogs of the black fen with the story of The Widow of Crowland, abridged from Christopher Marlowe’s ‘Legends of the Fenland People’ (Cecil Palmer, 1926) that is supposed to have taken place in the closing years of the nineteenth century.

“There lived in this hamlet a young widow, who helped a farmer and his wife in return for board and lodging. There was nothing to distinguish her from ordinary people, save for an extraordinary disinclination to eat cooked meat and a furtive habit of putting pieces of raw flesh in to her mouth, when she thought nobody was looking. This, however, was treated as a mild idiosyncrasy and nothing further was mentioned on the subject. She was a good looking girl in the middle twenties – her husband had been killed on the railway some three years previously – and everyone who came to the farm praised her ways.

Now the farmer occasionally took artists and other visitors into his house as paying guests, and one summer there arrived a young lady from London, who purposed to spend some weeks on the farm as she was anxious to make some sketches of Crowland Minster.

A few days after her arrival, she took the sketch book and wandered off to the railway station – a very small rural affair with one diminutive platform and a shed that served as ticket office and waiting room combined. As the platform commanded an extensive view of the neighbourhood, she stayed there until quite late in the evening, sketching the banks and dykes and windmills.

At last, the gathering darkness compelled her to stop, and with a final survey, she closed her book and prepared for the two mile tramp back to the farm. Suddenly she became aware that the farmer’s help had appeared and was watching her closely. Glad of the company on so lonely a road, she greeted the widow gaily and the two set out together. After they had proceeded some distance, the lady was surprised to find that her companion was no longer with her and on looking round saw her standing quite still some thirty yards behind.

“Go on – it’s all right – I’m coming,” she cried and, suspecting nothing, the lady continued her walk. But the girl did not catch up with her, as she had expected and after tramping some fifty yards further, she turned again.

The darkness had now grown apace and it was hard to distinguish anyone in the gloom, but the lady made out what appeared to be the form of her companion still standing motionless in the same place. Vigorously waving her arm, she signed to her to come on, then believing she had been taken ill, she started to retrace her steps. When to her horror, she saw the form suddenly drop to the ground and begin running towards her, for all the world like a large animal. Petrified with fear she stood while the thing whatever it was, came bounding towards her. And now she saw clearly that it was a wolf, or something very akin to a wolf, that thirsted for her blood. As the creature was in the act of springing for her throat, however, the power of action was restored and whipping out a pocket torch, she flashed a dazzling beam right into the animal’s eyes.

The effect was instantaneous – the creature seemed to shrivel up in smoke and vanish. Then without pausing a moment the lady turned and fled, nor stopped to take breath till she was safe within the farmhouse. Here she found everything in commotion, for about half an hour before, the widow, who had not been out at all that evening had suddenly fallen to the ground, crying “Oh my eyes! My eyes!” The farmer’s wife had rushed to her assistance and found that she was temporarily blinded. The doctor was sent for and declared that her eyes had been burnt as if by fire – lightning might have caused it but there had been no lightning.

Anyhow, the girl was put to bed and her eyes were bandaged for several days. When she had fully recovered, the widow left the district – never to return. The lady spoke to nobody of the ordeal she had suffered on the lonely road back to the farm, saving her doctor, who recorded it for posterity…” 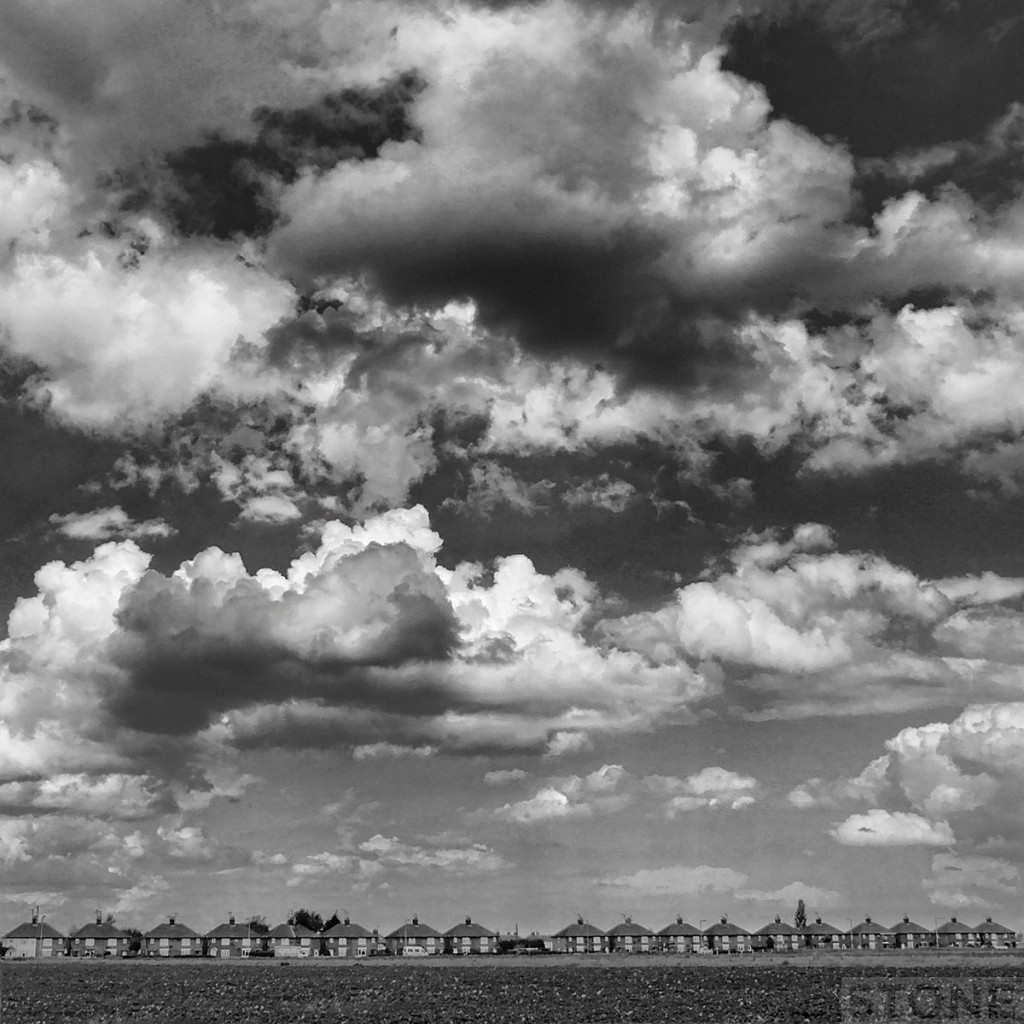