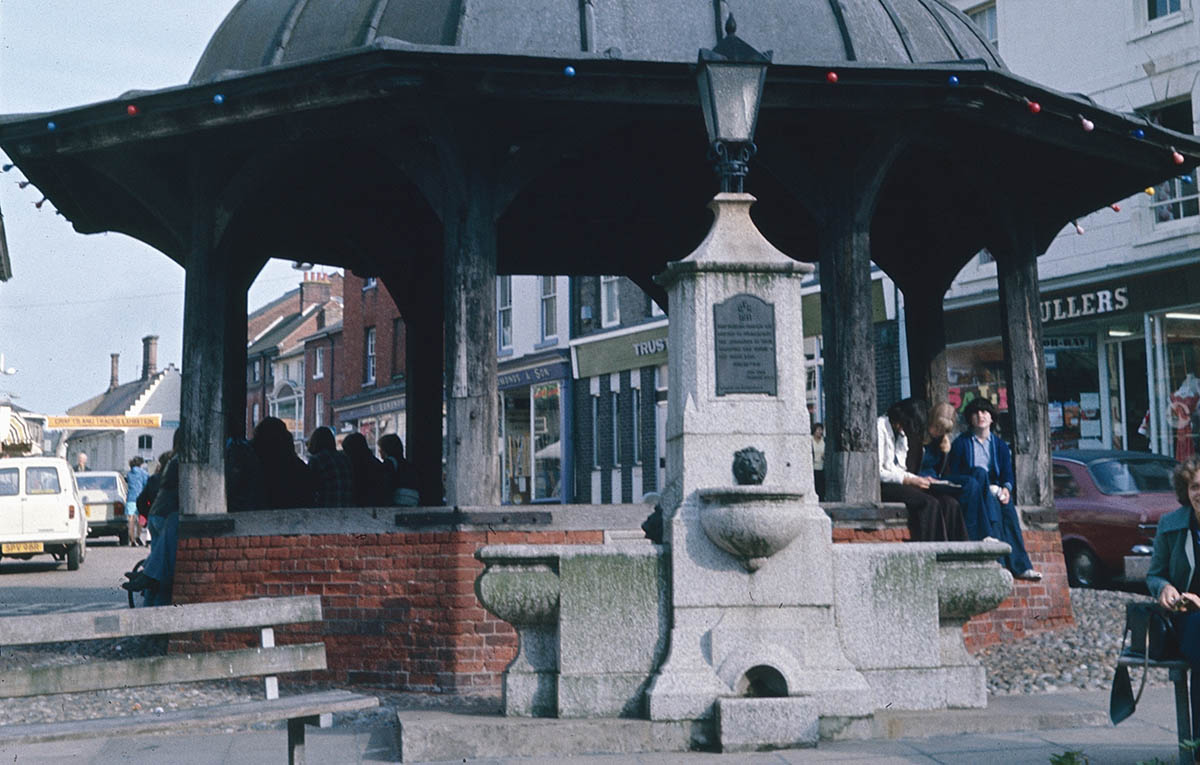 Another small collection of found slides. These ones came via Martin Snelling (@LeftofNever on twitter), ex-Norwich lad, who runs View From This Side; a project which collects found transparencies and slides. I swapped them for a few slides of Albania, because… I don’t know why, it’s just interesting and we’re both nerds. I put these to one side last year and found them again yesterday and here they are.

These are what appears to be a family holiday caravanning in North Norfolk in the mid-1960s or possibly early 1970s looking at the market cross photo in North Walsham, car reg plates and so on. The banner to the rear in the North Walsham pic says Crafts and Trades Exhibition which might be a clue to exact date, but I don’t know if it was repeated year-on-year.

Others appear to be taken from Pretty Corner looking across towards Sheringham. In a peculiar piece of synchronicity the photo of the Sally Army band playing is in Royston Avenue and there’s another road sign for Sheringham in the photo on the left, but a quick check on Google maps revealed that Royston Avenue and Sheringham Way are in be Orton Longueville in Peterborough, Streetview confirms the scene. This may be where they came from, to Norfolk, to enjoy some peace and quiet near the coast with their Jack Russell cross, do a bit of bird-watching and walk the coastal trails. Nice stuff. All shot on Ektachrome X.

As ever if anyone recognises anyone let me know. 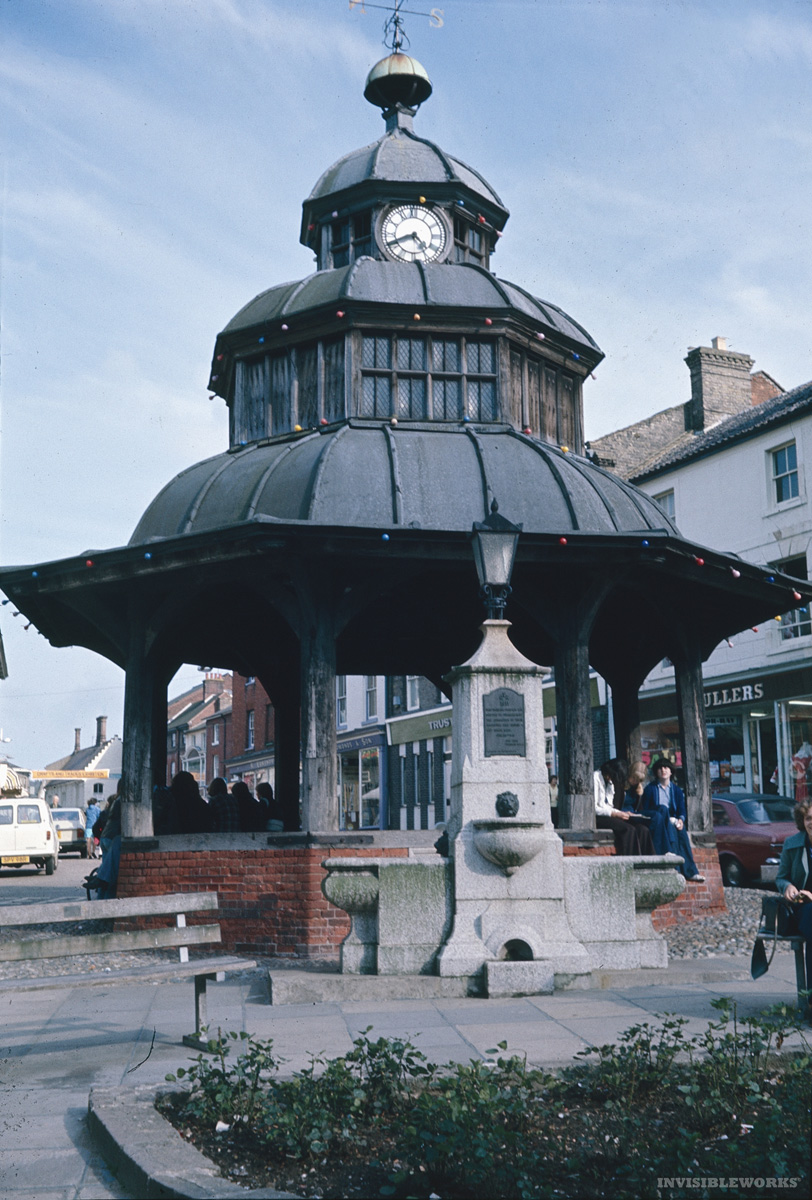 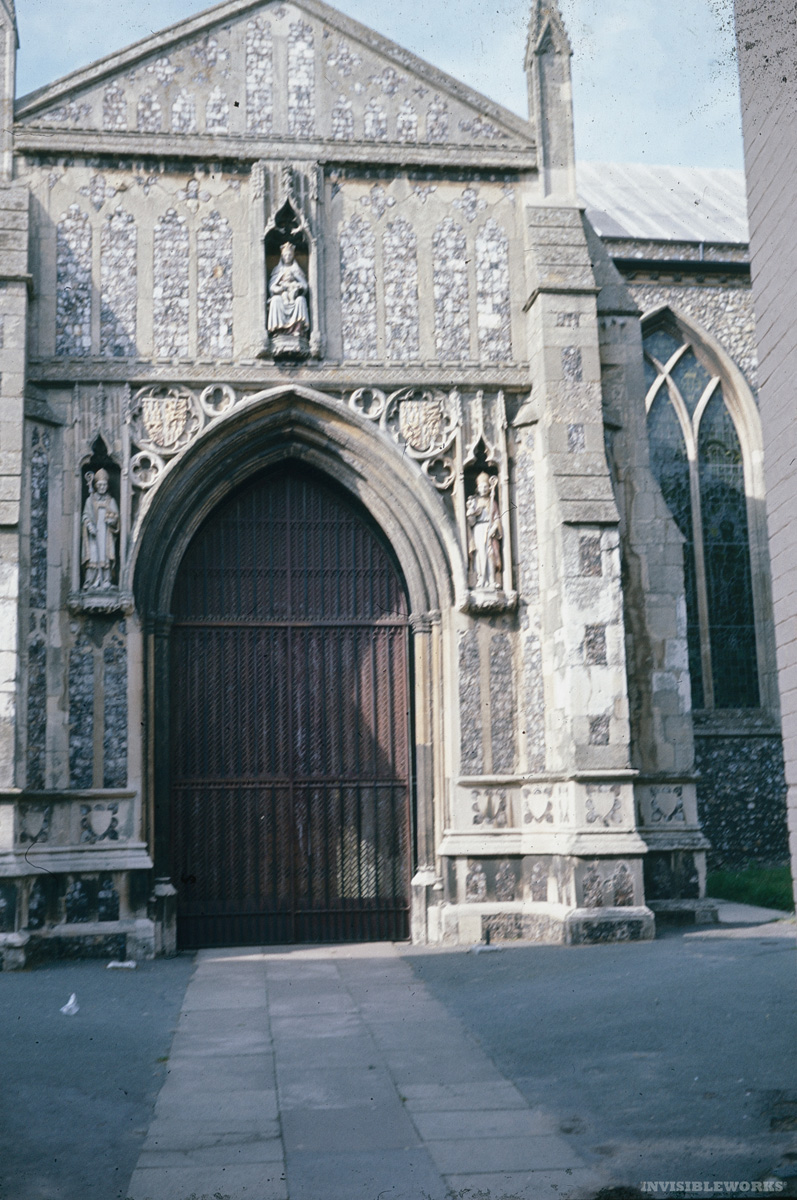 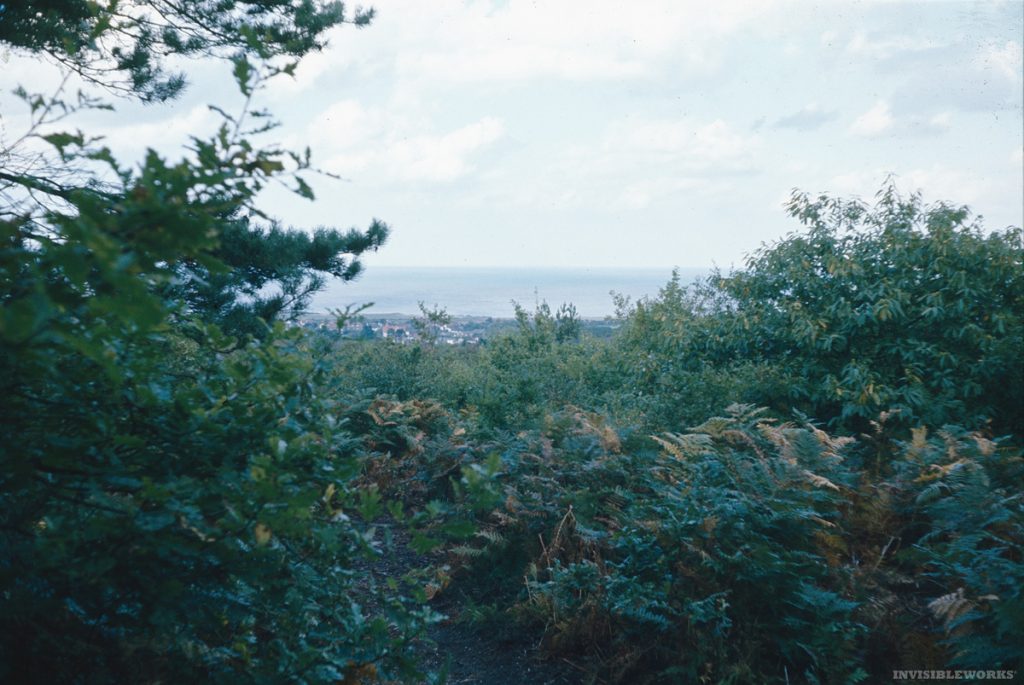 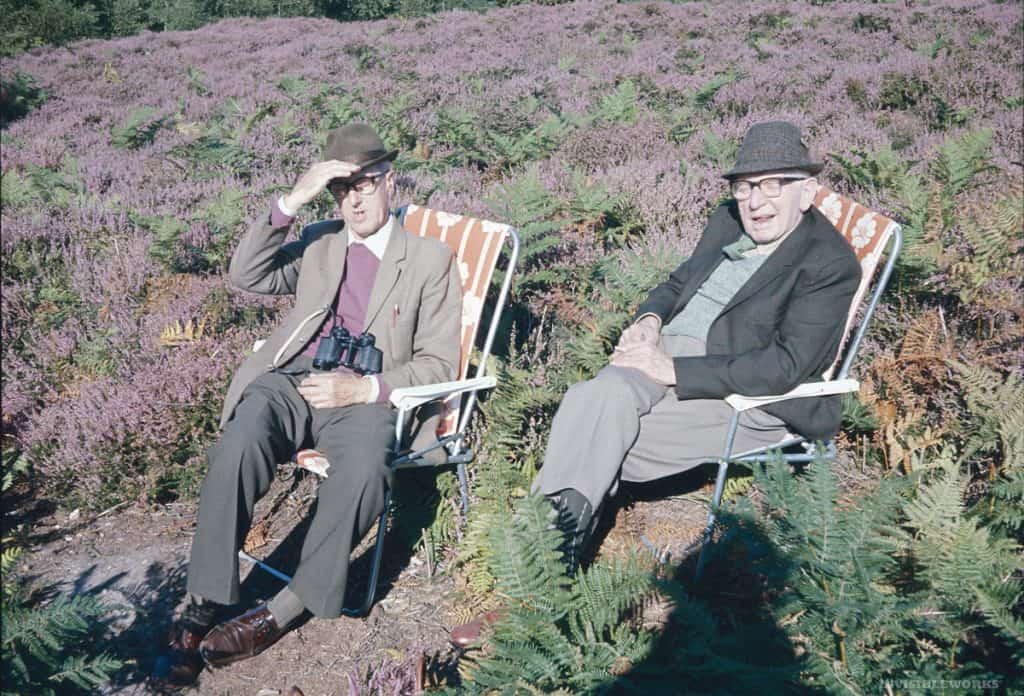 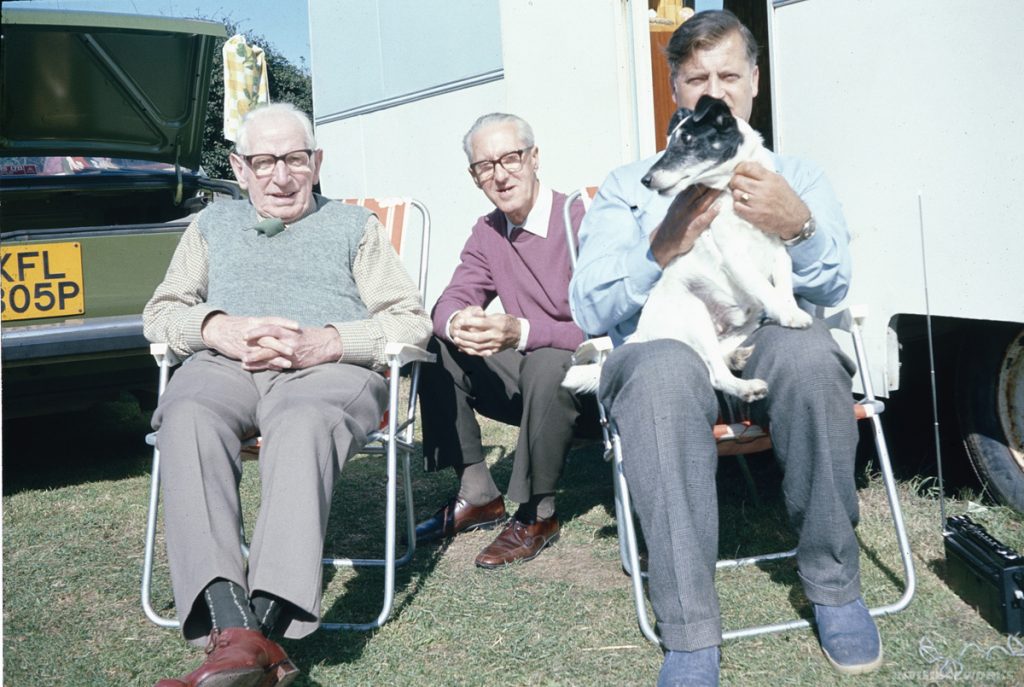 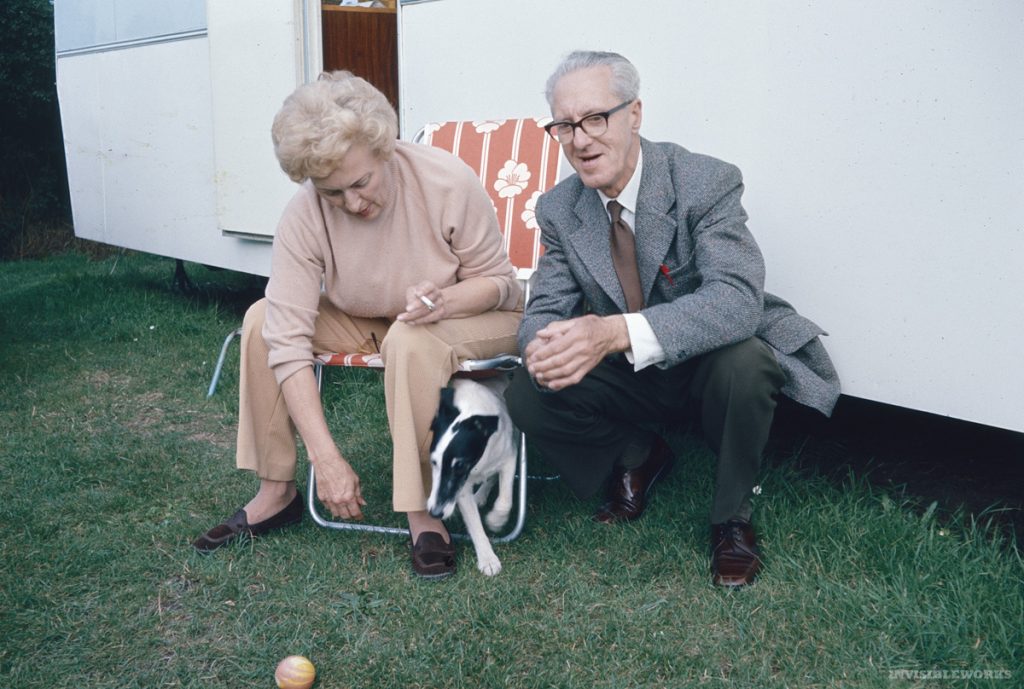 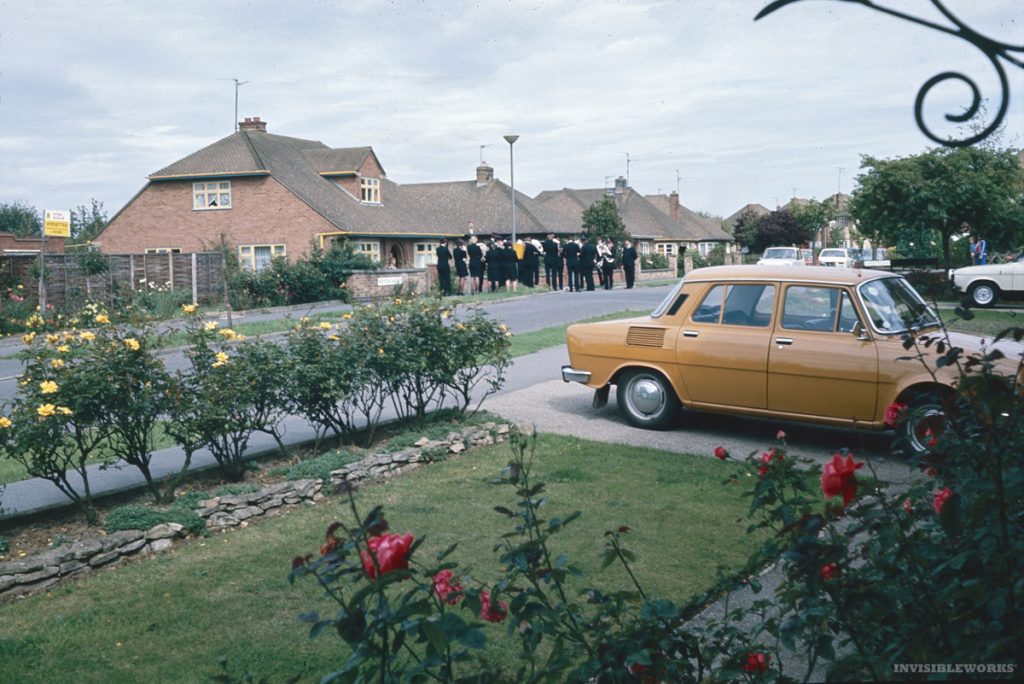