Lost in a landscape: Godwick DMV 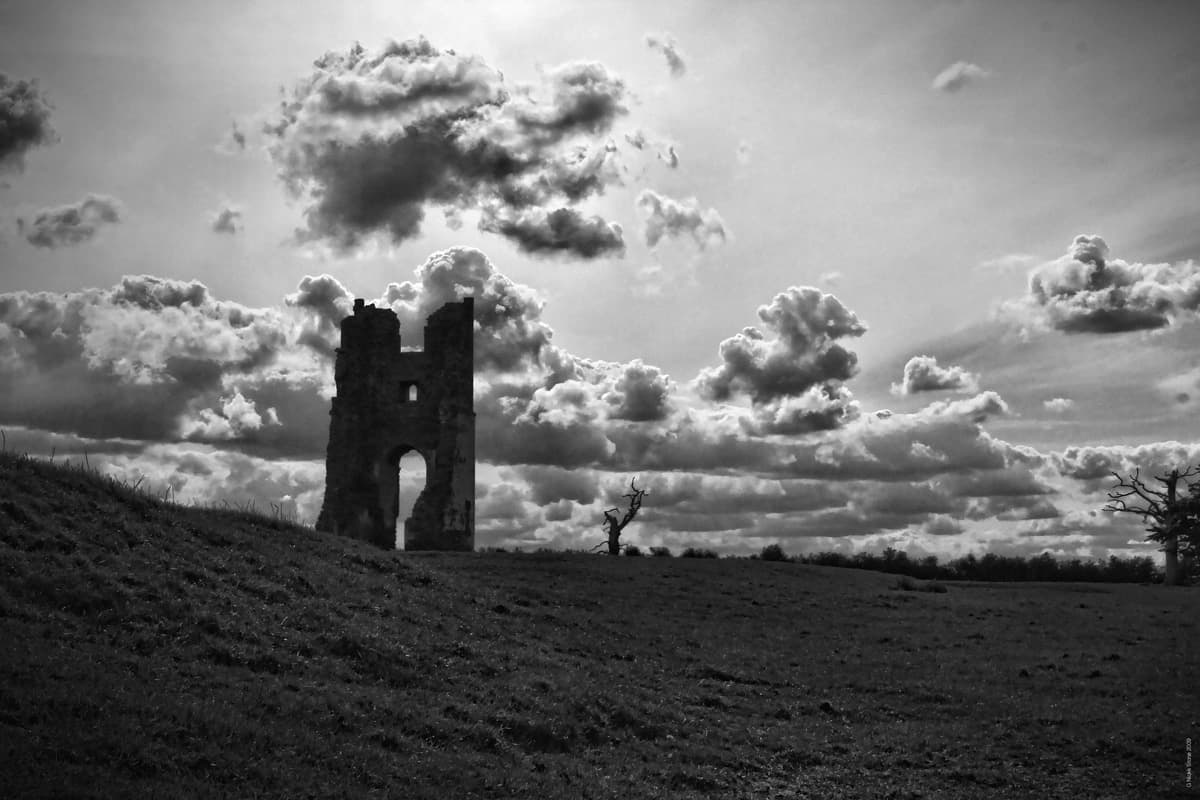 There are literally, really, honestly hundreds of these sites in Norfolk, I’ll do a post on them eventually. This one is one of my favourites; it’s remote, a bit hidden up and not exactly populated by other wanderers. The vast majority of these DMVs (Deserted Medieval Villages) are far more deserted at least in terms of visible evidence.

This one, Godwick is near Fakenham in North West Norfolk lying on a line of difficult to cultivate glacial tills and heavy clays, it’s not easy to crop, the site was ‘enclosed’ by the Coke of Holkham (for that read rich bloke kicks tenants off his land and sticks sheep on it – some things don’t change except it’s probably more likely to be a golf course these days). One of the best preserved DMV sites in Britain, due to the lack of ploughing over the last 400 years, roads, ponds, gardens, boundaries and housing platforms are all visible as earthworks and of course it has a church tower, don’t be entirely fooled by it it was rebuilt as a folly, standing smack in the middle of it, although it follows the plan and is in the right place and built from the original materials as a dupe. A totally captivating place. 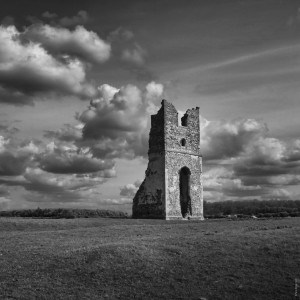 The second shot here was taken from a hollow that I originally thought was a pond, but there were various pits dug on the site it may well be one of these. You can see a Medieval Great barn in the background, which was apparently renovated by the Coke of Holkham when he bought Godwick Hall. It ‘s been recently re-renovated and forms a rather nice wedding and events venue. One feature that intrigued me about it was the windows on this elevation the tracery is quite detailed although the windows are bricked in. Faked up for the benefit of the view from the hall presumably.

The site is on Private land but mercifully access is good and the owner is a good egg. If you can find it, basically look for Whissonset which is nearby. The land is still farmed, sheep graze on the site. Parking is on the farm, and the site has signage to indicate what is what, the owner deserves commendation, as I know of deserted village sites in Norfolk which have no access at all, in at least one case the church has recently fallen over and been removed.

You can find more of this site here