A medieval traders hall, which always seems all but forgotten. One of the few survivors of the blitz and the clearings on the whole of Oak Street it nestles between Moonraker cycles which used to be Slaughters backing on to Mitchell’s Reclamation Yard which shows some vestiges of its past as a Maltings, it struggles for attention among shabby advertising hoardings and a collapsing semi-industrial series of almost prefabricated buildings now gradually being swallowed by modern housing returning the are back to its once densely populated roots. It must have looked widely different before the bombs fell, the Great Hall would have been part of a frieze of frontages, old pubs and shops a few doors up, the landmark finials of the Maltings nearby where the wood yard is and a row of Tudor shops and houses morphing into a Victorian new estate as it rolls up the hill past the site of St Martins Gate and the Dun Cow and on to the new park on the corner formed on a farmed river terrace, its new swimming pool catching the river just upstream of Fuller’s Hole. 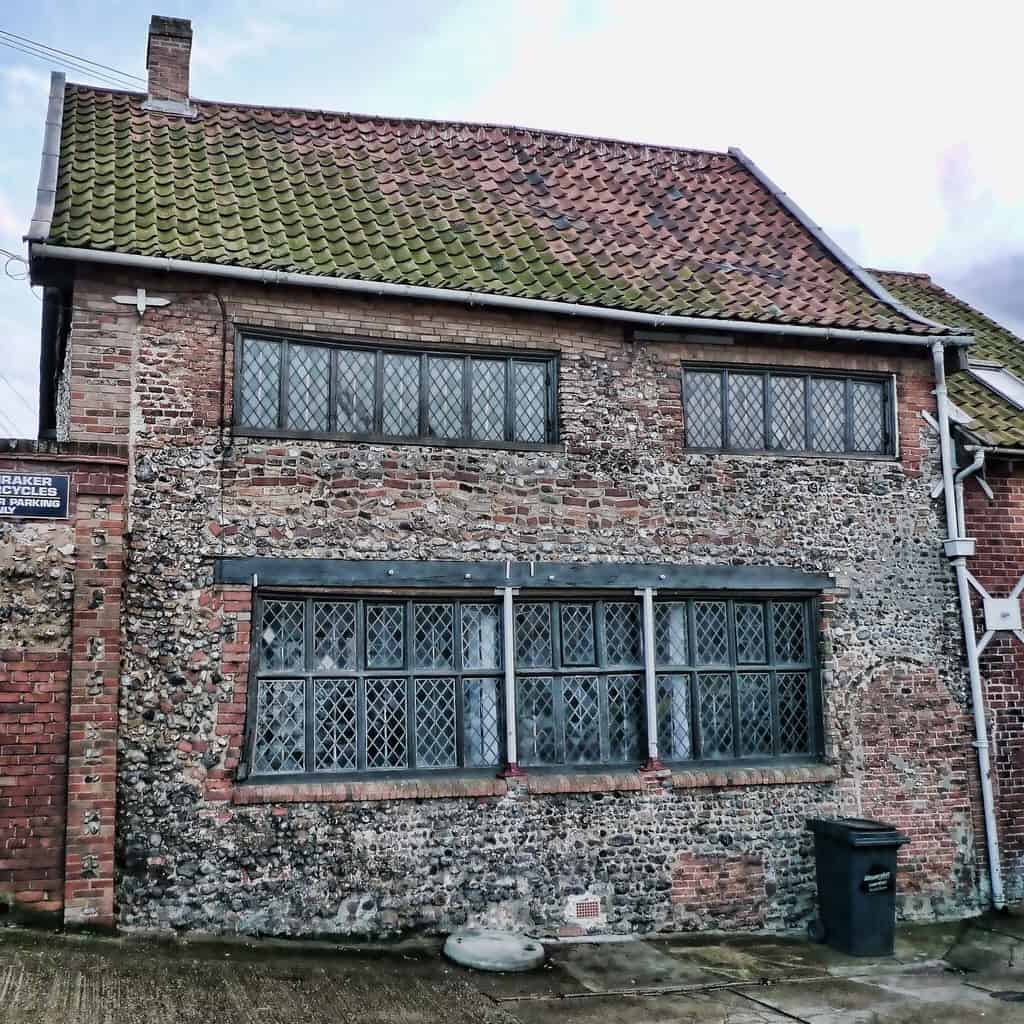 The Great Hall dates back to at least 1480, it features the remains of an oriel window, split by the addition of a second floor and the addition of weavers windows a feature in themselves. The hall has had many owners, largely weavers at least into the 18th century. This is consistent with the Northern bank of the Wensum which shows evidence of being used by cloth processors and weavers as well as tanners and the leather industry, proof of which exist in the continuation of names; dyers yard 200 yards away towards the city. Never take a name for granted, there’s even a Unicorn Yard on Oak Street, sadly not an indication of horned horses, but heraldically named pubs This also would have been in a prime trading spot, just inside the city wall near St Martin’s Gate. 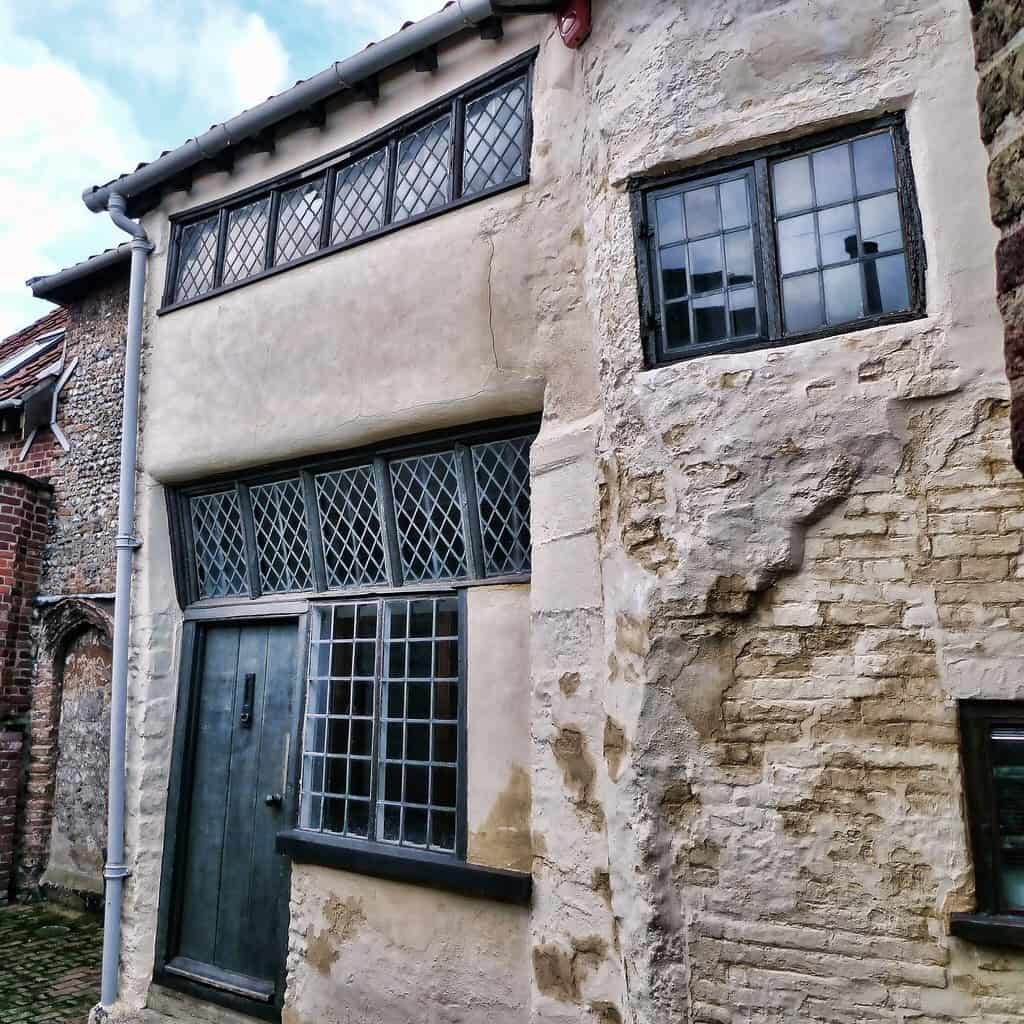 You can see the original arched doorway on the far left, roughly on the mark where the building would have joined the kitchens, now replaced by a modern extension. 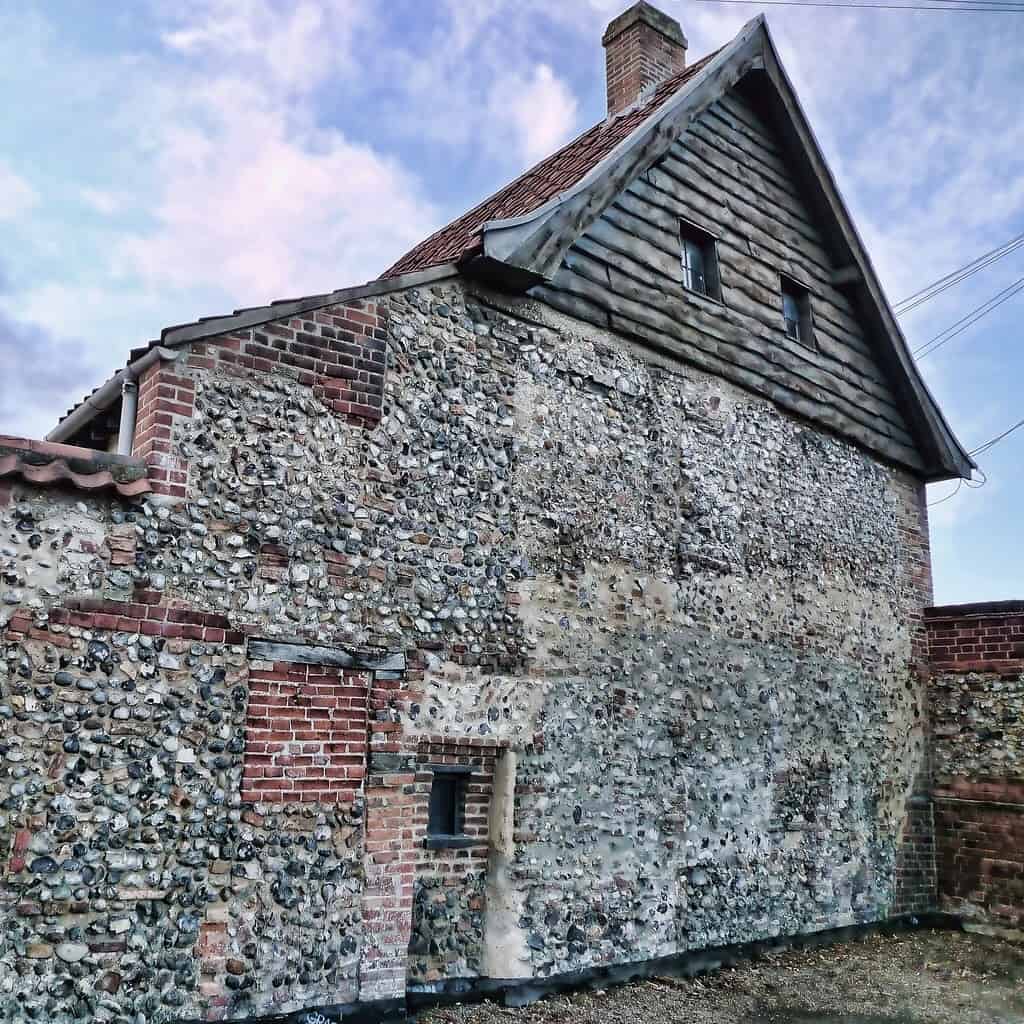