April 1918, Norwich gets a tank for a week, pictured here next to the Guildhall. This was part of the drive to buy more tanks, they did in fact make a huge amount of money to buy lots of tanks, over a million quid was raised nationally. This one was delivered by train from a secret tank training area at Elveden, I suspect they put it on a train because otherwise it would have taken a week to get here as they had a top speed of about 4 miles per hour and broke down quite a lot, which ironically given the nature of this composite when I did it, was exactly how long it feels like it took to get from Elveden to Norwich in 2012 in an average family saloon.

Also note the building behind the tank, the market was a lot smaller back then, and there was another row of building on the market side of St Peter’s Street up until the 1930s.

It’s a Mark IV male by the way, hence the big gun.

The story goes that Tank 130, this one, was called “Nelson”, it survived Cambrai, and went on tour, starting at Trafalgar Square.

And in the deathmatch, the tank beat the taxi. 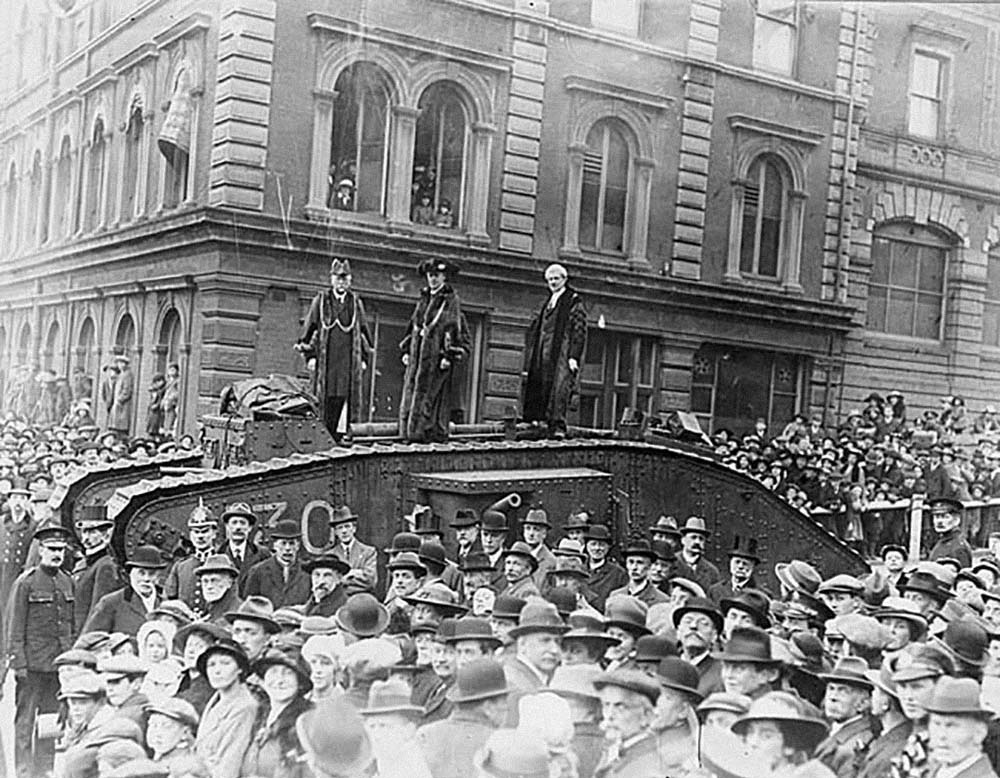 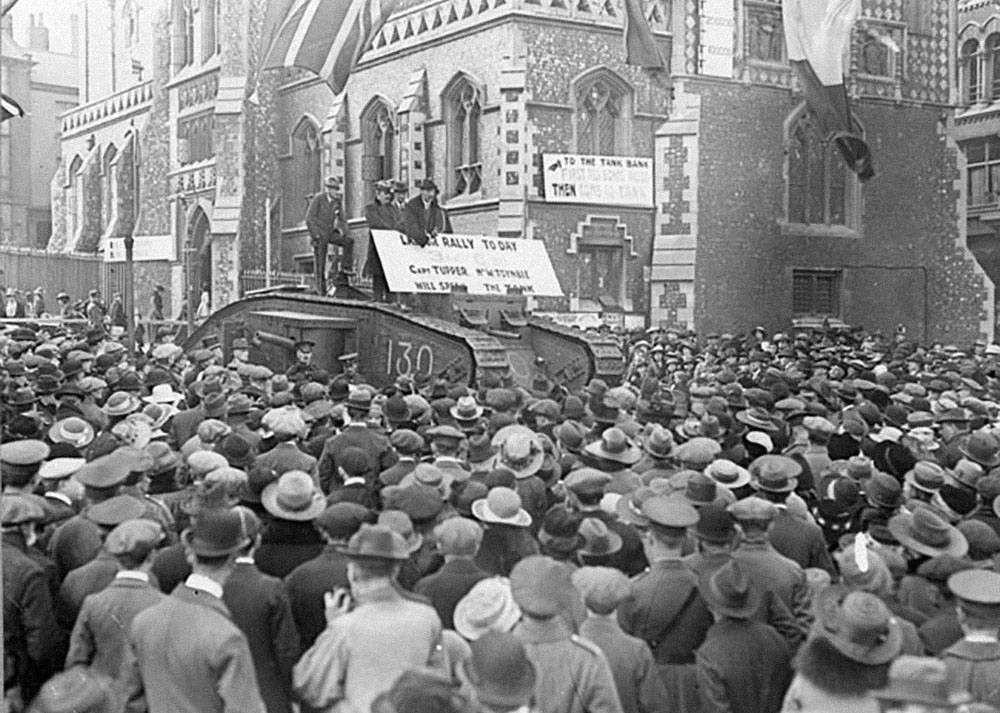