I went for a wander to do some work stuff and the light was wrong for what I was actually supposed to be doing so on the way back up St Andrew’s Hill I did these two. Both are George Plunkett photos from 1936, showing the old buildings at the head of the hill where it meets Bedford Street and London Street and Bank Plain. It’s a rather vibrant little bit of Norwich with I think the best coffee shop in the city (Little Red Roaster) and an exceptional bookshop (The Bookhive). It also probably features the best shop for White Witches in the city, which always smells nice although I’ve never been in there because I’m okay for unicorns and stuff at the moment. So times have moved on, but not that far really when you look at certain aspects of it. 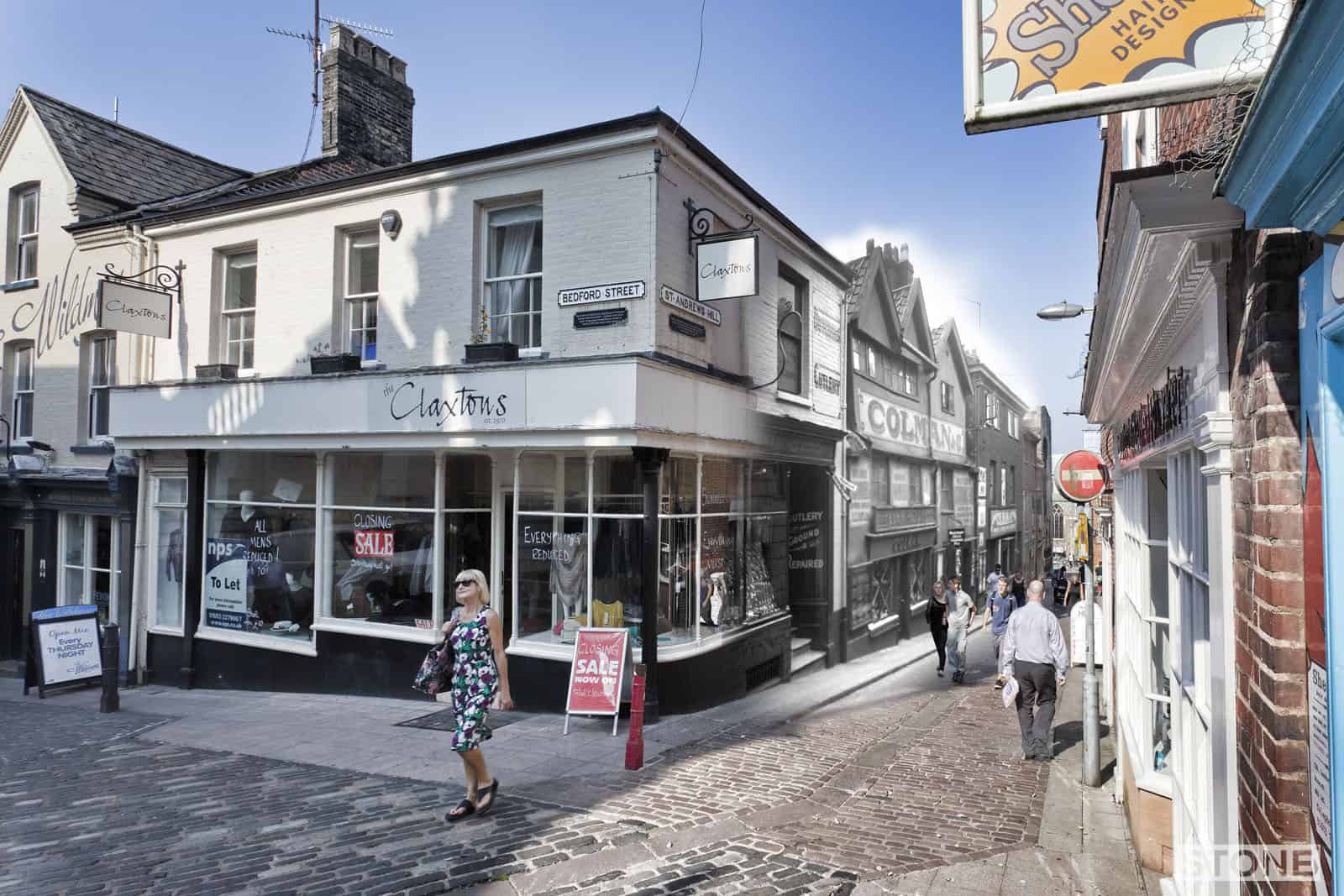 Original Photo: Courtesy Jonathan Plunkett from his father’s collection. With thanks.