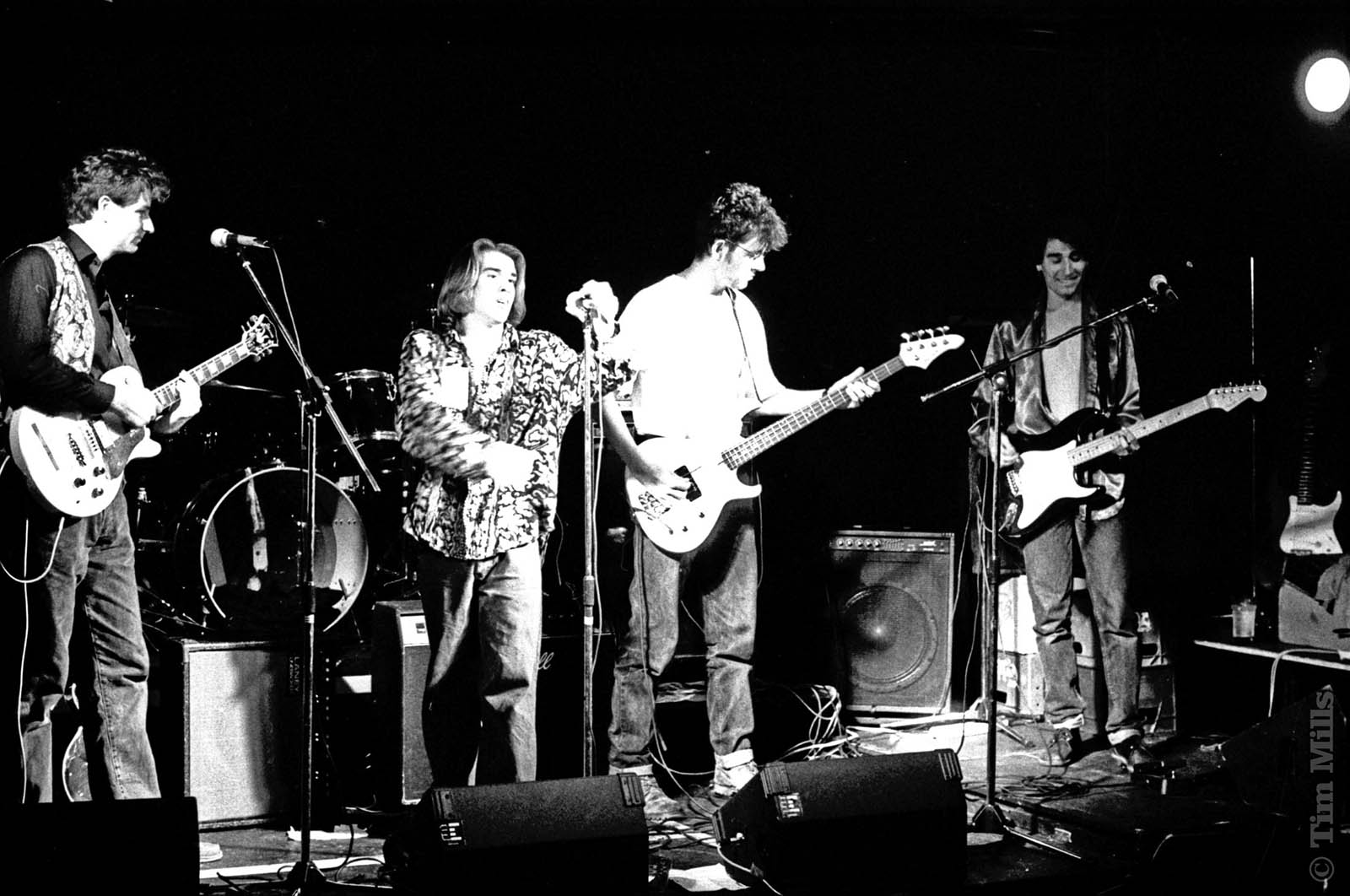 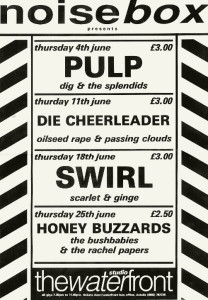 We once supported Pulp. All local bands get to support someone half-decent if they keep at it and harass people for long enough, which is basically what we did. As experiences went it wasn’t that special, but beat the hell out of playing in an empty bar on a Wednesday night in the rain out in the county or among the stretched polo shirts and sweating lager glasses of city pubs.

It was at the Waterfront, the internet tells me it took place on the 4th of June 1992. I’s not have remembered otherwise, it was just ‘the early nineties’ As befits a major band just before they are a major band we played in the upstairs bar. This was when The Waterfront wasn’t part of UEA Ents and broadly-speaking had a slightly different policy to more recent years output. It was a terrifically supportive venue for local bands with lots of community-based activity going on around it. At one point this included Frontline a radio station which was by turns entertaining and awful and all sorts of weird little projects scattered in between. Originally the venue was created as a hub for local musicians and music lovers; a complex affair that was the culmination of a long campaign to keep a music venue in the city after The Gala Ballroom shut leaving us with very little in the way of anywhere decent to play as it was really before the nascent scene grew up around Premises/Norwich Arts Centre or the current proliferation of venues in the city. The Norwich Venue Campaign kicked the idea off and pushed it hard for several years. With grant assistance from Norwich City Council it culminated in a good venue that saw Norwich host Sound City giving slightly crap local bands like us an opportunity to play in three or four places in a week. This included in our case on the Haymarket outside Top Shop on a lorry bed and in The Loft, the gay club rather than in someone’s attic.

Pulp had just released ‘OU’ which was followed up by ‘babies’ they then broke nationally and became huge after years of trying really hard to do so. This was our single claim to fame, witnessed by a crowd of thirty odd people that bothered to turn up. The other 200 needed by the promoter, Pete Morgan from Noisebox to break even really missed out obviously. As he said at the end of the night, “that’s the most expensive Pulp t-shirt I’ll ever buy”. For us the culmination of lots of gigs in places as diverse as the Blofield Glob (as we called the Globe) usually to two men and a dog. Other venues included the Lawyer, and the Lamb mostly to lots of drunk lads. And the NAC auditorium endlessly supporting The Virtually Fat Freez. At the end of our short and not very illustrious career we had made enough money to buy some new strings and promptly disintegrated into a new version of The Splendids that Tim and I weren’t in, which may have been a relief for everyone including us.

My memory of it… well, Pulp weren’t exactly talkative, but I know they’d been there and done this for years, it was a depressingly small audience to have driven to Norwich from Sheffield for to then have to get back in a van and drive back. I bet I remember more about it than they do.

Line-up: Steve “Ego” Johnson, Danny ‘Bnann’ Watts, Me, Tim Mills (there’s a Drummer at the back – Tom Watts, Dan’s Brother). Dan still does music as does Tom, the rest of us just listen to it instead.