There are areas of the Somme where you can really feel the past; where the landscape whilst modified hasn’t been essentially changed. This is one of those places. What remains isn’t difficult to spot and is easy to get too a walk down a grass clotted, tyre rutted path from Thiepval for a quarter of a mile to a clump of trees and bushes growing over what looks like a Norfolk marl pit, the Granatloch quarry was a source of chalk for the farms. The path passes on a curve through the centre, young trees almost touching above your head. You are rarely out of sight of Thiepval memorial on what is a pleasant walk in what appears to be some beautiful downland country. You can go further right down the track to Authuille sitting on the River below in the valley bottom where many of the Lonsdales who attacked this bowl of land now lie, or you can stop and ponder. This is the Leipzig Redoubt.

This was a bristling nest of machine guns in July 1916, part of a redoubt or fort dug into and around an old chalk pit, a maze of German trenches spread along the ridge forming one of the most formidable defensive structures on the line. You can judge it from the view of the landscape, clear views across towards The Naze, and Thiepval, itself heavily fortified and right over the side of the valley to the Schwaben redoubt across on another rise where The Ulster Tower, Connaught Cemetery and Mill Road now sit guarding the lines below. As you walk towards it you are walking through sections of those trenches König Strasse, Lemburg and Türken Stellung, land that was hard dug, on a very precise line to prevent any visual holes that might hide an attack or provide shelter along the crowning point.

It’s curious because it remains, so many trench lines are just pale shades on googlemaps this large remnant is still with us is quite deep, a visual reference to something that still exists and existed then, wasn’t built after. Most casual visitors wouldn’t really see any significance to it shadowed as it is by Mighty Thiepval. I walked quite slowly down the track, a father and son were messing about on a pair of motorbikes ahead, the boy of about ten speeding up and down the slope inherited immunity to the echoes in the landscape in the same way we don’t notice our own street details the small signatures of the past in the timescape we inhabit. Behind me bus parties spewed seemingly endless trails of bright cagoule clad school parties and tweed laden pensioners onto the gravel curve at Thiepval, children’s voices carried across the fields, an old couple walk the field edges along the side of the memorial park, bobbing up and down in the oil seed rape bending repeatedly in that strange quest for those little temporal human connections, those pieces of ploughed up metal; shrapnel, cartridge cases, the chance of a badge or a buckle, a regiment, a company, a young accutane online man’s physical presence in a field separated by time, from shell-churned to plough-turned. These picking that give us morbid tourists in the fields a momentary fix in the past.

I dawdled, watching the horizon, eyeing the dirt beneath my boots, waiting for the boy and his father and the motorbikes to leave. Like many bits of the old front lines, I felt I wanted to visit this spot on my own, see what it felt like now without any clang or hubbub, no polite good afternoons or smiles and nods, just me. I walked down through the dust they’d raised, the smell of petrol hanging over the grass and dung in the warm air.

As you approach Leipzig, there is a concrete pad, a hay stack, the old rectangular bales which made me think of the 1970s; neatly piled in the corner of some local field before the stubble was burnt filling the nights with apocalyptic visions and the smell of burning. An old tractor stood beside the pile the engine covers open like wings, an air filter on the ground, a half finished job to return to for a farm worker. Nearby, primitive game feeders made from old plastic bottles, empty shotgun cases proliferate. I can never help looking down, it’s the metal in the fields, the same with flint, pottery and brick routinely picked up like prizes. And there by my foot is a fuse, the top of a fired shell, just laying there thrown up by the tractor tyre. A reminder.

I walked around the edge of the Grantaloch, looking at the views towards the valley, my head a full body higher than any occupants of the redoubt would have dared. You can see for miles across the barley. Back into the treeline and then down the path back through the middle. The trees have grown since the last time I’d peered at this natural memorial from the shadow of Thiepval over a year ago, time pulling the drawstrings around everything, still softening and smoothing the past away. It is a thicket, brambles grow like thumb-fat barbed wire between the trees, nettles carpet the sunlit spaces, I see shell cases sweating with moisture from the air in the cool crackling darkness. The walk out of the other side is almost a relief, down to the crossroads and look back up the hill at this copse, again bits of brown and orange shrapnel and plough shattered flint at my feet in the chalky soil. The unseasonal heat is closing in, flies gather in the trees and the clouds are pulling together into a mat overhead. Time quickens and I must move on, one final twist as the clock turns backwards; in the brambles a fat piece of German barbed wire, six inches long another memento mori of industrialised slaughter. I head back up the hill in a sea of green, mind and pockets full of rust. 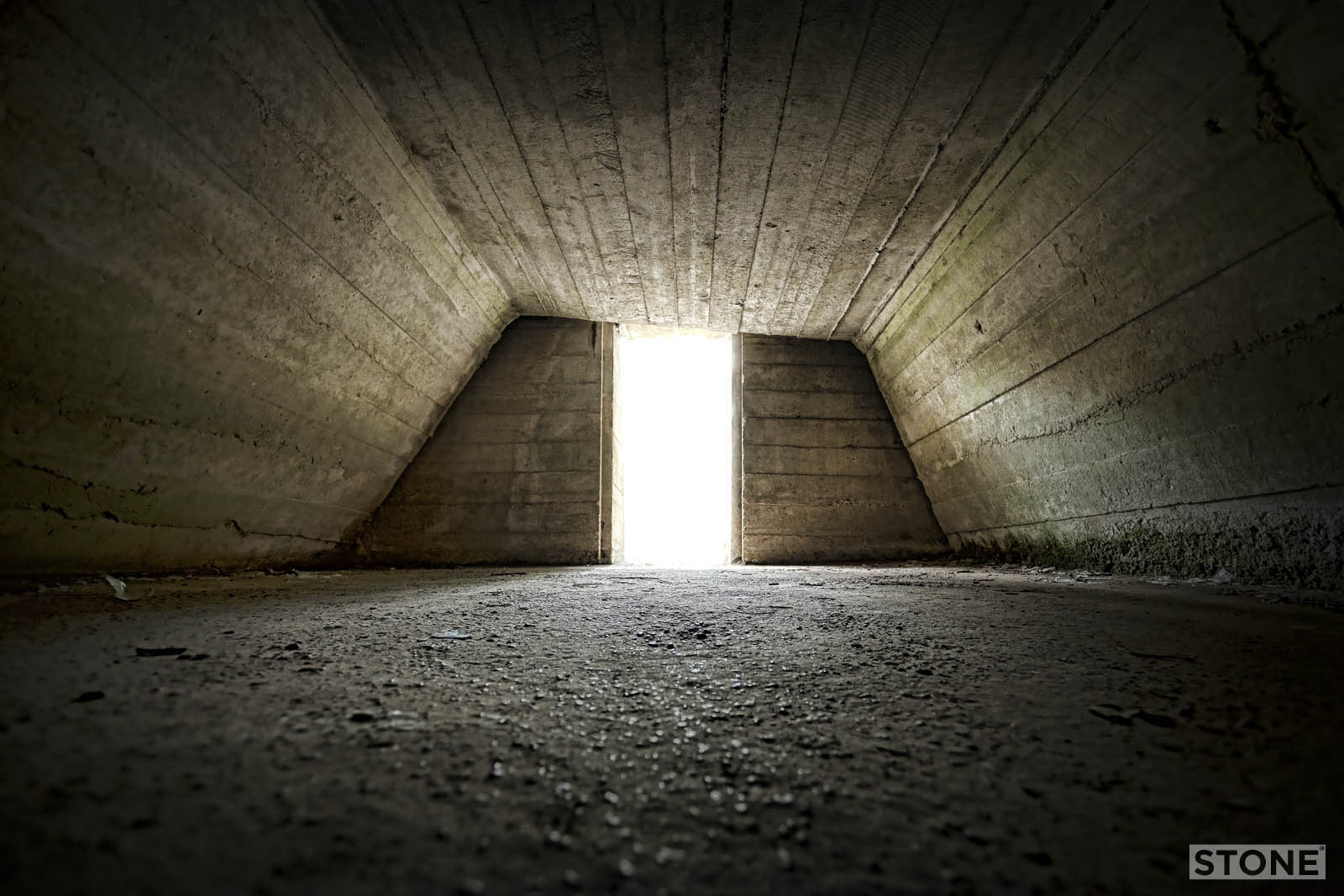 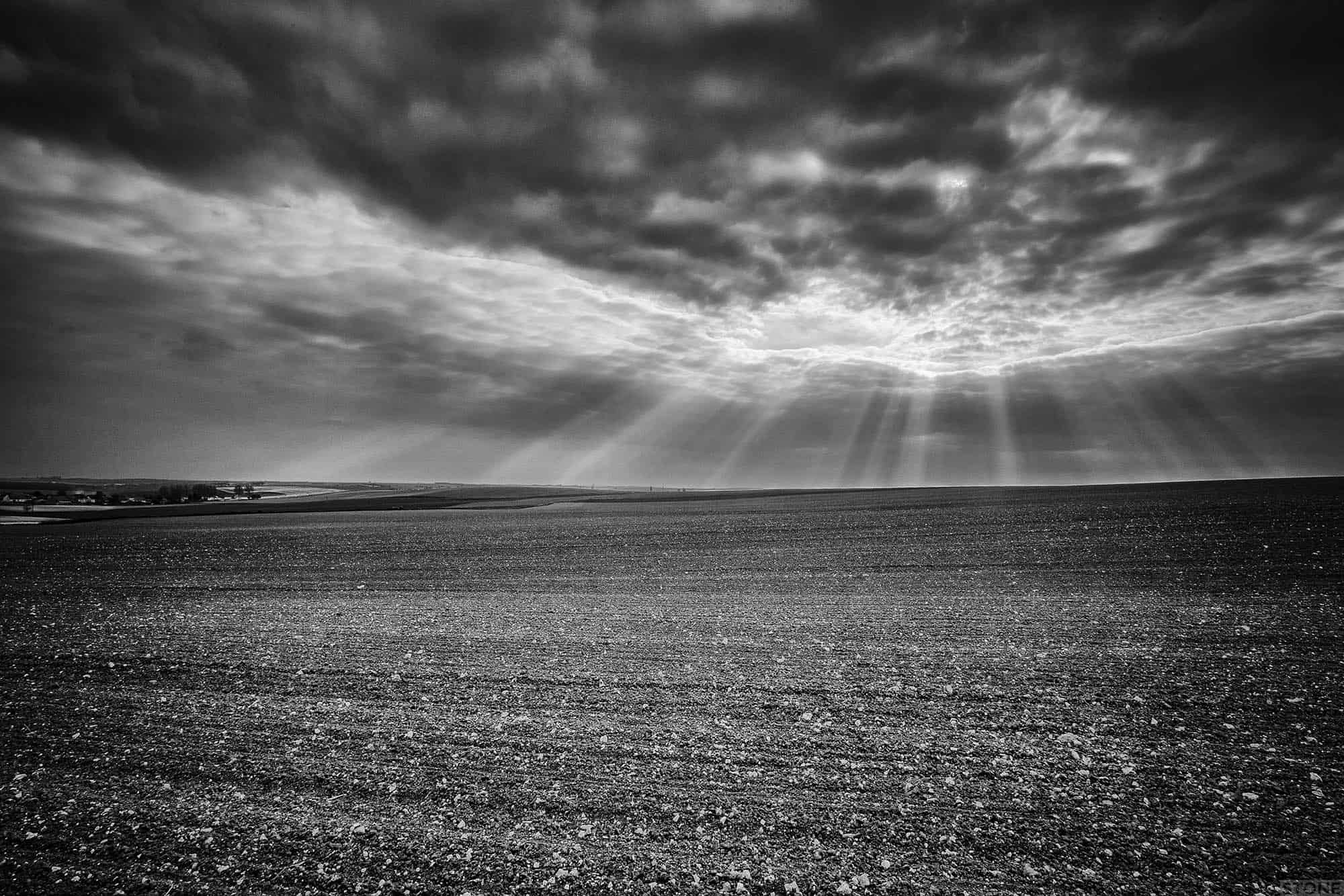 Vanishing Point: Out of sight