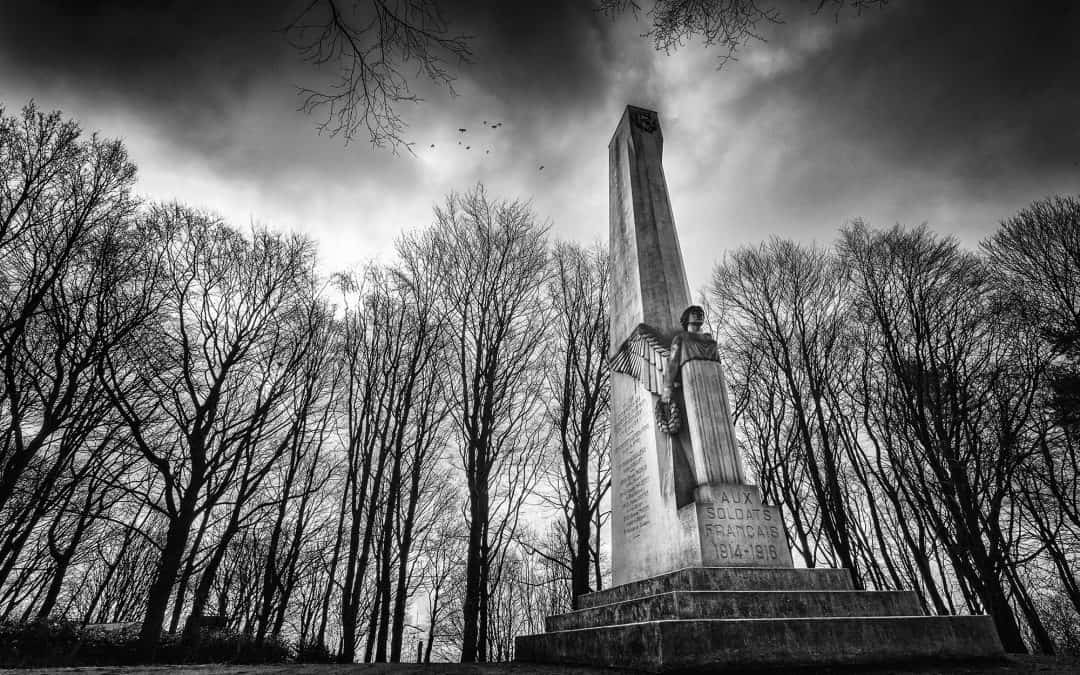 The French Memorial at Kemmel. She sits next to a steep road in a cup in the trees, standing a fair way up the slopes of the mount on a clutch burning incline. Known as Mont Kemmel, Mount Kemmel or Kemmelburg depending on your nationality, all of them held it a one point or another between 1914 and 1919. It sits in Heuvelland in Western Flanders, not far from the French border below Ypres on the bottom of the Salient.

The memorial commemorates the French who lived and died here defending this vantage point after April 1918, when the German Army (Bavarians I believe) made a concerted push using poison gas and aircraft as well as three divisions of men to take this high point in the landscape which we’d hung on to for four years. The ferocity of the attack was unexpected against one French division they stood little chance, the hill was converted into a treeless charnel house. The evidence of this can be seen about 100 yards down the hill at the Ossuaire, the statue looks down at this through closed, hooded eyes. The sculpture, by Adolphe Masselot is supposedly the Roman goddess Victory, looking a bit Greek though I thought, so Nike then maybe. Either is a misnomer, too sad, carrying a wreath. She doesn’t look terribly victorious the angles the arms drawn back the hooded eyes, I’d guess being a goddess she got the watch and count the eventual price of victory a few months later when the hill returned to French hands. She knows, look at her face it’s earned her nickname ‘The Sad Angel of Kemmel’.

My grandad was around Kemmel at the end of 1916, in the reserves during it’s tenure in the wash of war as a British held area.

Compare her to a British Boer war memorial, it’s a rather different proposition. 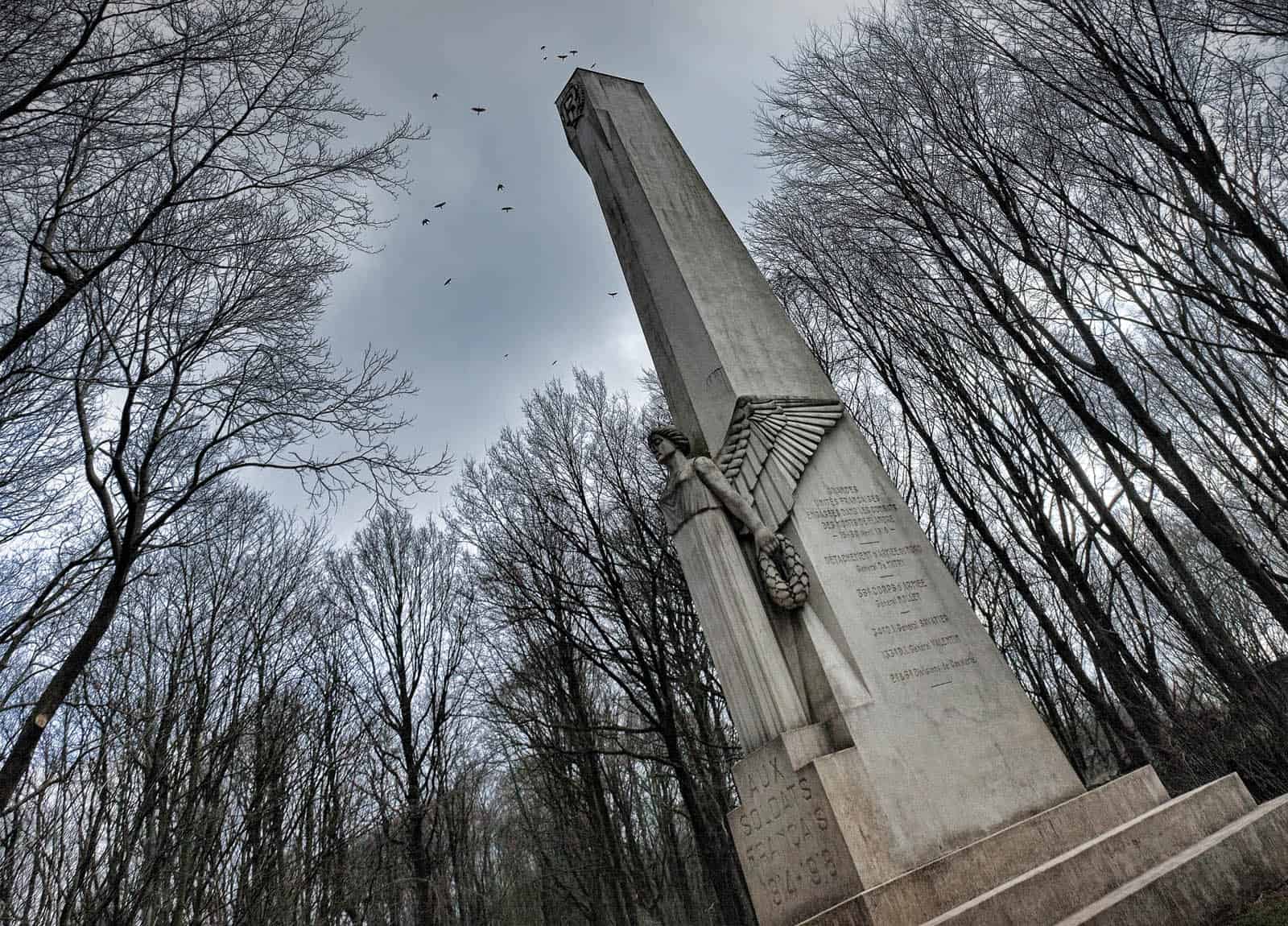