There are parts of the Somme where you can and do suddenly feel remarkably isolated in the sun, bits around Serre in the tractor tyre marks and up on the swallowing heights of Redan Ridge with the wind and the larks. For me Mametz is one of the most curious of these, because you’re not really very far from life. I’ve been there quite a few times heading down into the dusty dyffryn to watch the line from the road, kicking clods to find shards or shrapnel balls, the odd rotted bullet husk among the dried corn heads. There’s chainsaws in the wood and a couple busying themselves around a white Renault van cutting and piling in the silent gaps where you can here the faint sounds of cars from the road over the crest of the hill behind the prosaically named Flatiron Copse where the divisions lie. So you’re not alone but somehow you are. The landscape hunkers down and you’re almost in a bowl. A friend Jo recently said that she finds the wood itself a very solemn place quite haunted with its dips and earthworks, twists of wire and metal memories still there With the lost.

Along the road line cut into the rise is the 38th divisional memorial a smooth almost cartoon red dragon with a fistful of wire, it’s defiance evident facing the invisible long gone Prussian men in the edge of the dense undergrowth below what Harry Fellows, described as a ‘panoply of magnificent trees. Stretching upwards to the skies’. Harry said a lot more about this hellhole as did Sassoon, both of them were here and if you read a either you get a sense of it as a dark place, in front of it where you stand on the dusty track where the Tarmac runs to nothing is ‘Happy Valley’ as it was first known, taken from the Germans early on in the battle of the Somme, before the attack on the 220 acre wood itself. Closed as it was from certain angles of fire the German Artillery ranged in on it, knowing exactly where the unseen hollow was and knew it was where men would be walking up into the line so they plastered it for days. It soon became known as Death Valley. It’s easy to read the poets and even listen or read accounts like Harry’s and his stumbling simple poetry too, there is a simpler poetry to this story, Harry survived and in 1985 when he ran out of breath and words his life’s token ash was scattered here and he has his own headstone in Mametz Wood to match the memories of the men he spilled his words for.

It is a pretty place in the sun on a strangely hot day for spring, Flatiron Copse Cemetery is a well kept affair, regimented as you expect and enclosed in brick. I looked for the brothers; three pairs extinguished together; Arthur and Leonard Tregaskis on 7th of July 1916, Henry and Thomas Hardwidge together on the 11th of July 1916 and Ernest and Herbert Philby again both died together on the 21st of August 1916, those doubly cruel deaths, and here they are buried in pairs. afterwards I sat in the lea of the wall of cemetery just off the track with a view up the valley smoked and drank bottled peach tea from a French supermarket fridge, my heels in the dirt, just breathing in what I’d seen; 1,572 final chapters all standing open including over 400 unknown men from right across Britain. And near my feet orange metal fragments in the soil, and in the bank over the road smashed SRD pot, the ground remembers.

Sometimes the story doesn’t end at the place, I’ve realised since my last visit in the spring that I know two descendants of men who lie here, one Welsh, one English. People beat poets, stories spread out and forward. The first was Louvain and her great-grandfather Fred Rowlands a Sergeant in the 16th Welsh, he died on the 7th of July 1916 he was 27. He left behind a wife and a daughter, an eventual grandparent; another Louvain in Bridgend. This is where this story really begins not ends, interesting too and shows how good can come after the storm. It is, however, Louvain’s tale, not mine to tell. The other is Charles Harvey Potter, the great-uncle of an old friend Molly whose father carried the Harvey part of the Uncle on in his name. She is another who feels the history in the front line in her bones, the dull echoes of the tramp of feet to the line years distant. Charles was a Hampstead boy, a Bombardier in the 156th Brigade Heavy Artillery only just arrived in the area; a 26 year old with a wife and two children. He’d been about, back at Amiens and then on to High Wood to do his mechanised duty in this new industrialised war, he appears to have been killed by a shell from the counter barrage, three of his squad died too just over two weeks after Fred. The 26th of July 1916 is his end note. Charles’ brother George survived; a gunshot wound to the leg and a gassing he moved from the East Surreys into the Labour Corp, and saw it out and went on to have his own story in his own time.

Without them at this axial point things would be defined differently in two families, these men in the sun and rain for nearly one hundred years, both in here behind the wall with all the other stories that were changed. 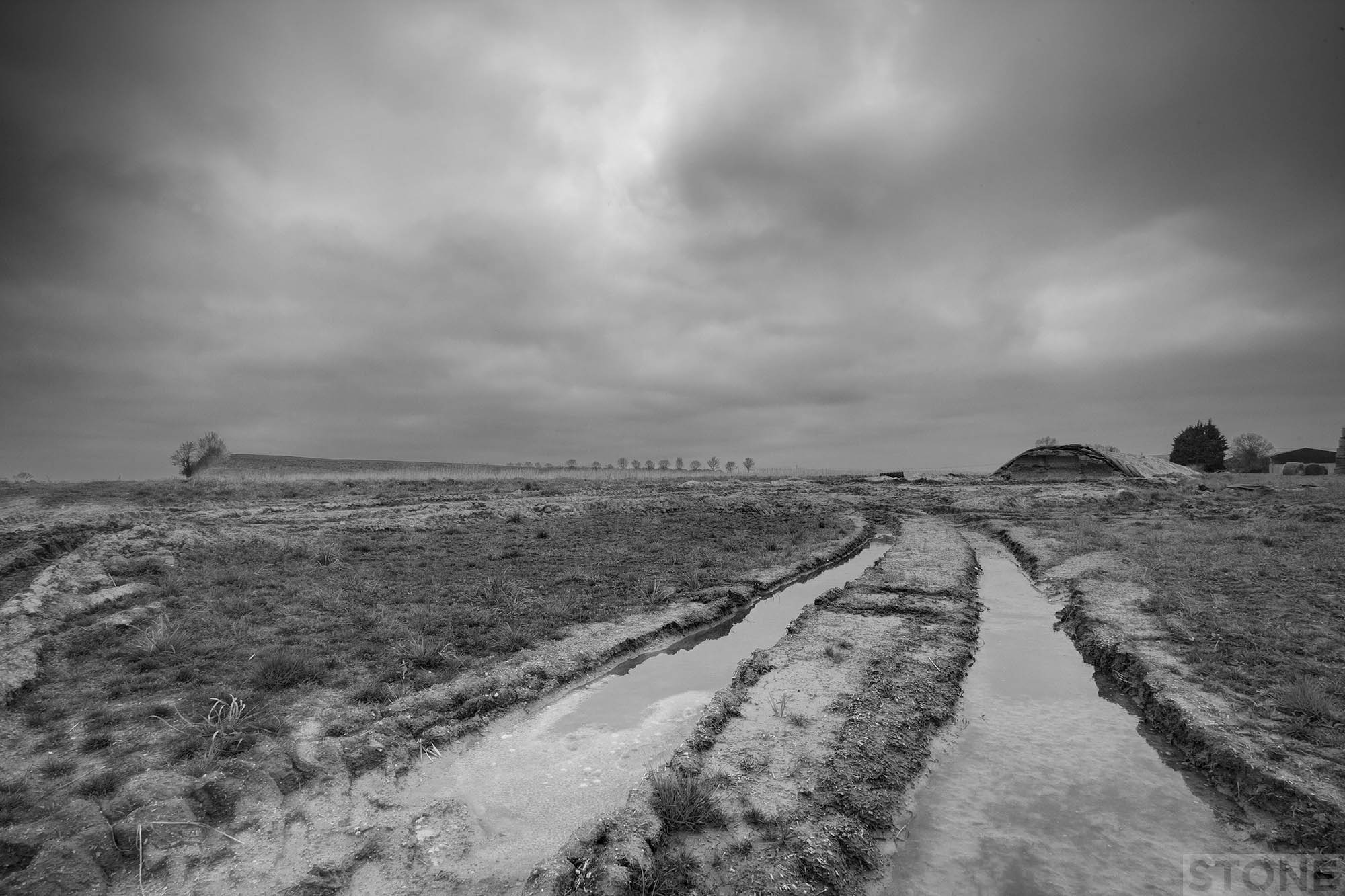