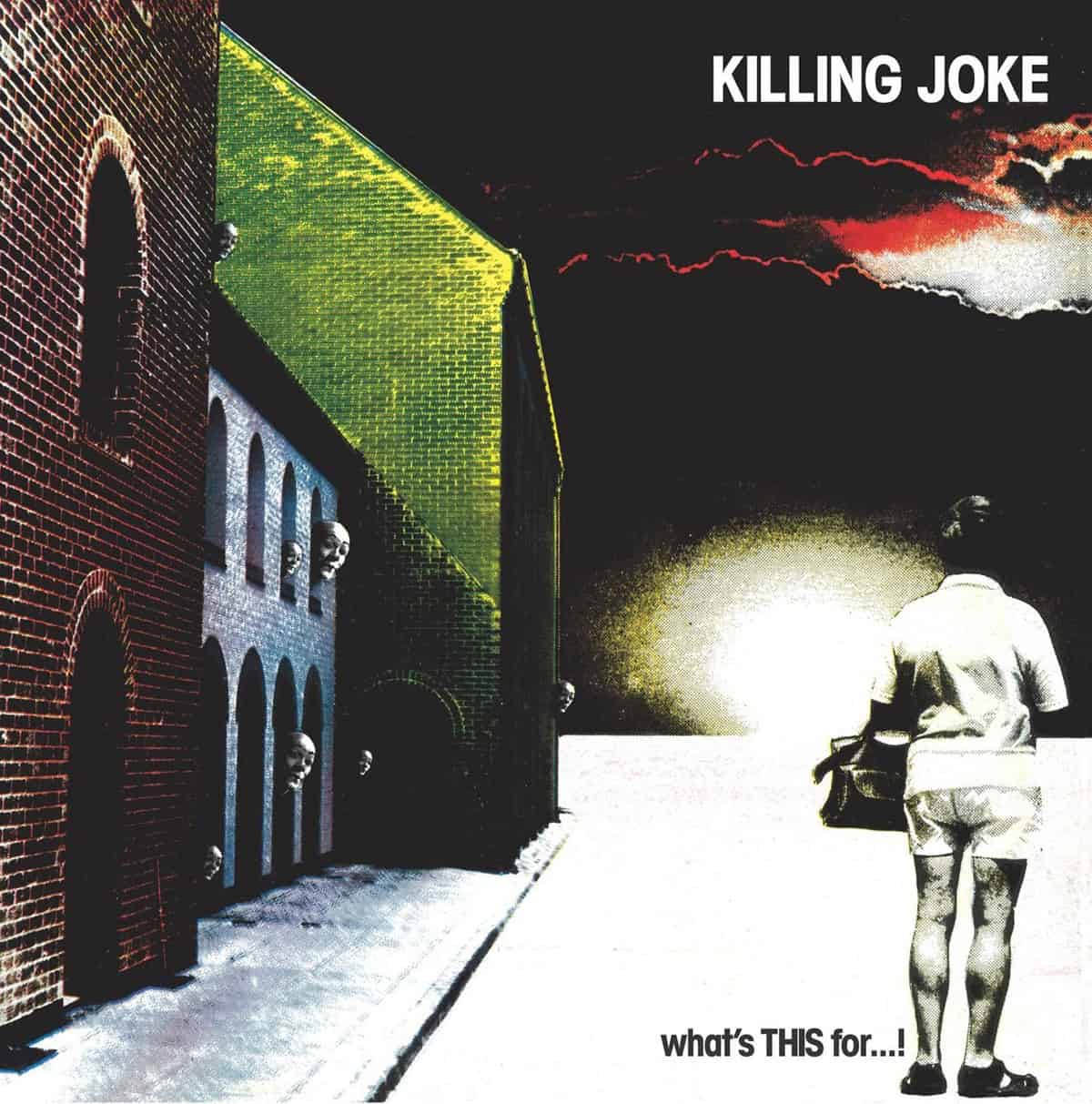 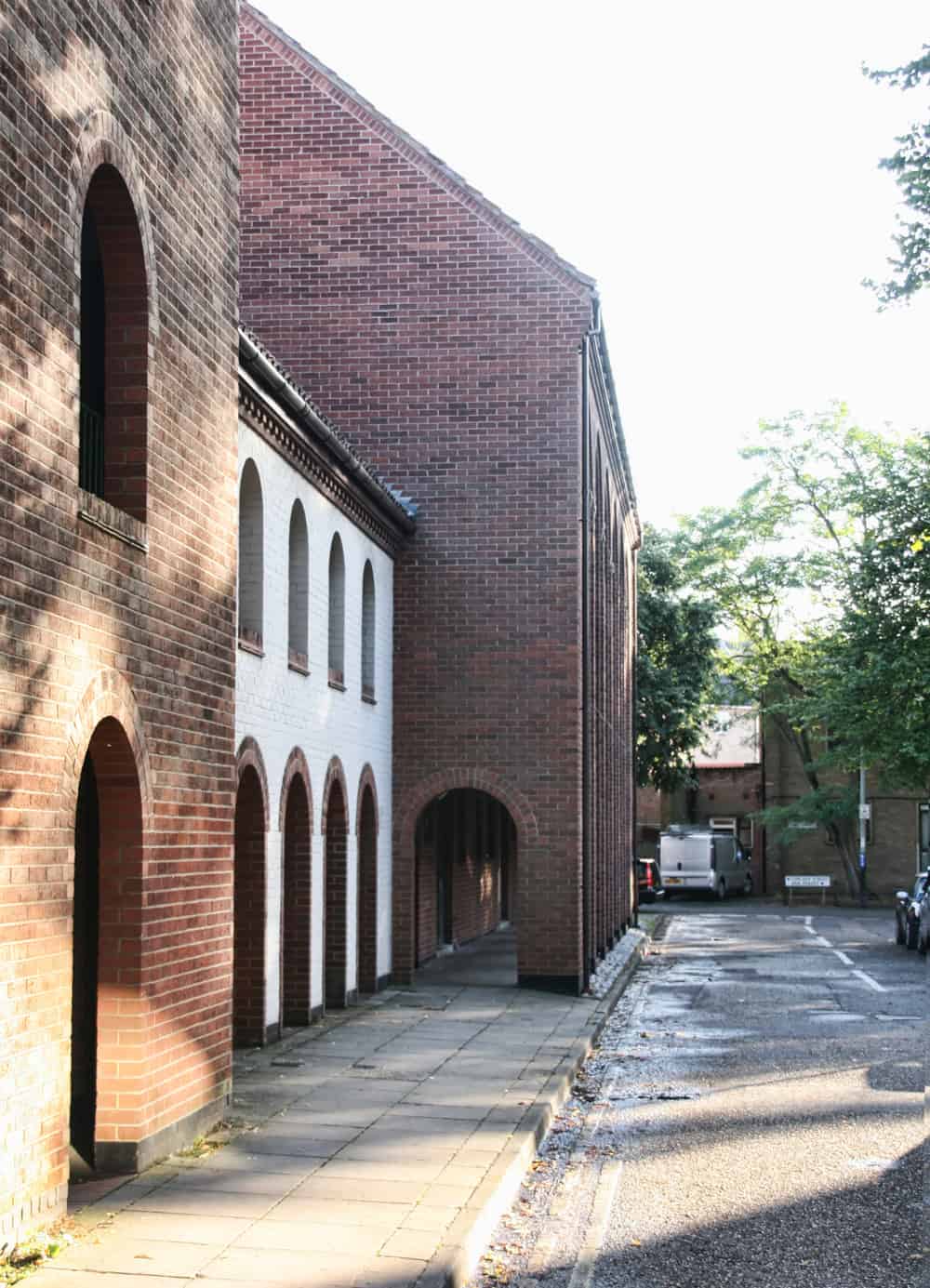 You might recognise this scene for two reasons; Firstly you live in Norwich and have walked down either Duke Street or Oak Street or have sauntered down this chopped off continuation of Colegate beside St Miles Church with it’s lovely flushwork and tracery. Secondly, you are of a certain age and liked punk, post-punk and new wave stuff, which I did and still do. I had a serious love affair with several bands from about 1979 and 1980. Killing Joke were probably one of the big ten of my top 100 bands of 1981 on that moving scale of ‘what I like’ at the time it included The Skids, The Ruts, and Joy Division amongst many others, having cast off Stiff Little Fingers and Blondie and was busily pretending I never liked Adam and the Ants in the first place. They’ve all stayed with me in one way or another and flow in and out of favour still in the Jukebox in my mind along with all the other drifting detritus I’ve picked up over the last 35 years.

I first heard various bits of Killing Joke on John Peel, not the Funkier stuff from the early Turn to Red 12 inch singles, more the grating and brilliant Wardance and Pssyche and the eponymously titled Killing Joke; the original beaten up pressing of which I still have in it’s now well worn cover which features the semi-iconic remix of Don McCullin’s photo of the Troubles in Belfast mashed into stark black and white, the vinyl is grey from use and abuse but it still plays. Inside the sleeve is the vista with the bonfire and the sinister Christ-like figure, a stark zeitgeist mix of the visuals of the  political climate and the feeling of some global end game being played out between superpowers. The images were messed about with by Mike Coles who designed a lot of the early sleeves for them. I painted both faces of that album on various leather jackets and walls at the time, and immersed myself in the cruel and stark sound a lot of the time. In my brief soujourn at Norwich Art College I even wrote a piece about sleeve art that included Mike Coles and the first two Killing Joke albums and all the singles, I can’t remember what it said, but I obviously didn’t do enough research possibly because of the Red Lion. 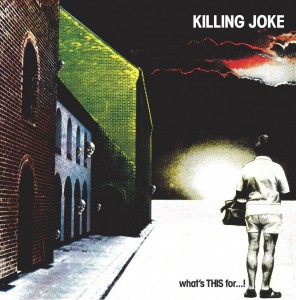 The second album What’s THIS for…! came out in 1981, a brilliantly dark and mad piece of drum heavy scratchy meaty guitared vinyl which I’ve pretty much worn out. I Suppose I may have bought it in Backs Records in Swan Lane which would be authentic synchronicity, but it equally could have been Andy’s or Robyn’s or at a push Top Deck. There wasn’t much option where I lived at the time, either Telefusion or Woolworths who stocked the odd chunk of punk but rarely had anything of huge interest that wasn’t top forty material. Record buying therefore involved riding a train knee deep in fag ash to Norwich or a long wait on the side of a road and a hitch in. Curiously Backs Records also had its offices and store for the distribution part of their record business in St Mary’s works not far from where this photo was taken. I carried on liking Killing Joke’s output for two more albums, then gradually went off them for a fair while as they slowly morphed first into a twangy goth band and then into a weird semi-orchestral thing splitting up joining other seminal noisy bastards and in fact some fairly mainstream dance things, before going back to strangling chords out of overtightened weirdly tuned guitars again for the last 20 years. The first two albums are still two of my favourite pieces of plastic in the world.

What of course I’m getting to which is the weird bit is this odd little collection of archways in front of a development of council flats are the same collection of weirdly arched windows that feature on What’s THIS for…! the photograph was also taken by Mike Coles the designer of the sleeves who has resurrected Malicious Damage. Quite coincidentally we very nearly moved into one of these flats under these archways in 1989 but decided with an incoming child something more spacious might be better so we waited so we didn’t. I’d probably spent enough of my life living inside some weird Killing Joke nightmare and was happier with Sonic Youth, Slab! and My Bloody Valentine as my weapons of choice by then anyway.

Had I realised in 1981 that this was where this scene is, I would have run down there buckle boots chinking and flapping with my stupid sticky up hair slicked back by the wind and licked the building in an overexcited, skinny angst-ridden teenage way. I only found out when Wee Davey pointed it out about five years ago, the residual teenager still got a bit excited, hence this chunk of carefully crafted gibberish when I remembered it when Tension got thrown up on iTunes shuffle yesterday.

Edit: 17th June 2014. I’ve just been informed that this is the case the photography wasn’t by Richard Mann at all, it was shot by Mike Coles. Apologies. This has however elicited an exchange of emails with Mike and above you can see scans of the original negs complete with the De Chirico arches. Marvellous eh. I’m listening to it again now just because…