It’s raining and blowy, what better weather on a bank holiday for getting the scissors and glue out and sticking things together. So here’s a few more; RAF Old Buckenham, RAF North Pickenham and RAF Wendling. It’s all good fun this isn’t it, beats getting muddy. Well no it doesn’t but y’know. As ever I will add what I can glean, feel free to fill in the blanks as you see fit (comments welcome). There’s loads of extra info out there on the internet, on forums and in books. Get out and explore, that’s what this is all about. Our county, our heritage, the actual fun bit. There’s a map with locations on here, these all have some evidence remaining.

This is  just the South East of Swaffham, towards the village of North Pickenham. The base was constructed in 1942/1943 as an heavy bomber station. It was handed over to USAAF and the Mighty Eighth in April 1944. It was assigned USAAF designation Station 143 being the title after that point.

492nd Bombardment Group (Heavy) flew from here from in B24 Liberators from April 1942. They were more or less wiped out which is quite a sobering thought. What was left was replaced by 491 BG. Who went on to lose half their aircraft in one attack on Misburg, they also assaulted the V weapons sites and supplied tactical support during Battle of the Bulge, bombing supply lines and so on.  After the war it transferred to RAF Bomber command and then Mainyenance Command and was used as a maintennace unit. From 1958 to 1963 it became a Thor missile site, housing nuclear warheads. The airfield shut and was sold in 1967. The nuclear warheads swapped for Turkeys. It is now I believe a go cart track. 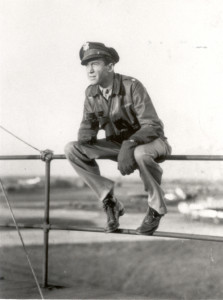 There’s a hool lood about Old Buckenham available, so I’ll keep this short. It’s just to the South of Attleborough near Bunn’s Bank which is Roman and therefore also of interest if you’re passing.

6 miles North West of Dereham, RAF Wendling was originally a bomber command base that passed into the hands of USAAF.