My mum is dead, she died over ten years ago at a ‘ripe old age’ after period of massive emotional instability and virtual madness bought on by a rather large stroke. It was a hinterland for her and us, her children. It lasted 18 months from the onset, the invisible burning hole in her head to the end where light as a feather she left us with memories and some letters and battered bits of furniture. I’ll not recount too much of it here, but the last year and a half of her life were by turns mad and sad and at times awkwardly funny.

She was old, I’ve covered some of her life before here. Born in 1914, she had me very late in life, a mile from the horizon my siblings stood on. She was in her 50s in an age when science didn’t yet allow people to do that except by accident. Here I am, a mistake, with parents who were aging beyond the norm. It wasn’t bad, they were tiredly liberal. I suspect I got away with more stuff because they were more exhausted than younger parents would have been, they simply turned their eyes down against the teenage onslaught and let me get on with it. They’d seen all the stunts before and never seemed anxious about me vanishing off into the fields or disappearing on a bike. As a child the mantra of don’t forget poor April Fabb was about as far as a warning ever went; she’d already vanished in North Norfolk, her talismanic bike found in a field it seemed to loom large as a warning tale, she’s hidden in the gas pipes near Bacton was the local tale. You’d avoid strangers based on that and add what ‘Charlie says’. It was a nice childhood despite the small town microscope bearing down on us all.

She was a curiosity, a bit of a gossip, regularly trading in tittle-tattle with her younger peers. A girl who grew up in the back-to-backs of Cambridge, the product of a line of railway workers and labourers she clawed her way up a couple of rungs of the social ladder but never really left her background behind. We lived with thrift, hand-me-downs, pickle and Jam making, carrot clamps and onion picking sorties to Catfield every year. The summers involved being dragged along to various local farms to help earn some extra cash fruit picking, usually strawberries, then raspberries and eventually gooseberries, the fields a patchwork of locals from around and Didikai in the county for the seasonal work. It’s in my family’s blood, both the female and male line, those fields, that work, the dirty nails and sunburned back and hardened skin.

And she had tales and songs that my friends with their Teddy boy and Mod girl parents, all only just skirting middle-aged would probably only recognise from their grandparents. There were these weird little facets that were the uncommon currency in our house along with the salted runner beans, the boiled tripe and pork cheeses that I shunned for the common comfort and contemporary currency of fish fingers, crispy pancakes and baked beans with chips. This was the food that made me fit in my time not theirs. What sticks in my mind along with the strange tastes and smells that drifted from the 1930s into the 1980s were the stories. It’s not just the bits about the Blitz, or growing up in Cambridge and East London, the Backs, working in pubs, the nursing and so on, it’s the other bits, snatches of another past, the twisted folklore of the area she grew up in and my grandmother who died before I was born.

They were a vaguely godly bunch on my mum’s ambien online side. Low church, methodists, Sunday schooled with bonnets and Sunday best but no pomp. And then my mum would come out with something about how to cure something that seemed daft. This woman who had trained medically despite her class and background let slip gobbets of other stories, little hints at an older thinking, something almost nonsensical would poke through the rational surface, beyond the usual rubbing dock leaves on a nettle sting, there was Rue tea, and sniffing dandelions to stop bedwetting, a cold key on a string down the back of your shirt to stop a nosebleed, the greasy pinky fingers wrapped around a wishbone. And the salt, throwing the salt over your left shoulder straight in the devil’s eye. But there are several that have always stuck in my mind firstly the cure for warts. It’s simple enough, you take a piece of liver and rub it on the wart and then you take the piece of liver and bury it just outside the threshold. You can also rub the wart with a toad and let it go out of your front door, we never really had much in the way of frogs and toads though, or warts either. It just somehow smacked of witchcraft, a spell, the old folk cures and folklore that rattle from way back when the Daddy ruled people’s spiritual lives in the islands of the fens or cupped between the shallow slopes of Gog Magog or trapped with the thunder and lightning storms trying to run free of Coton Gap.

The story that intrigues me most is the one I still maintain even now despite my cynical, pragmatic view of things. I suspect the root of it is fairly obvious, leading back to Grimes and his symbolic subjugation by the early Christians. It involves eggs, those symbols of fertility and at the same time associated with the devil, the unborn soul eater. I have a memory received or otherwise real, sitting at an old oak table my mum and dad had bought at a Nigel Hedges Auction for a few bob. I am eating a boiled egg around me the backdrop of the early 1970s, the swirls and eyewatering wallpaper clashes. I can’t have been much more than five or six, I never much liked boiled eggs, it was the rubbered whites, that texture, but I’d sit and chew my way through them under the eyes of my mum, her hands on hips. Then at the end of the egg, my mum would turn it over and punch a hole in the shell with the handle of the teaspoon. It stops the witches floating down the river to the sea. I dutifully punched a hole in every boiled egg I’ve had since, I still do it, I’m sliding into my fifties for fucks sake. In my head I have the same image every time I do it, scratchy pen and ink witches and a smooth egg, the imagination of that five year old dragging a story forward through time. It saves the sailors from a storms you know.

There was a curious moment when I last saw my eldest brother. He remembers my Nan Ireton, the grand old gal who was my mum’s mum, she lived until a stroke damaged her and then she faded away like her daughter personality collapsing to the same singularity. We talked of our mum, our memories like a slide rule out of sync. We got onto the subject of our Nan. She was a lovely woman, but she had something extra, something odd, she new all sorts of old things and was the go to woman for cures for the locals. And so it rolled on. 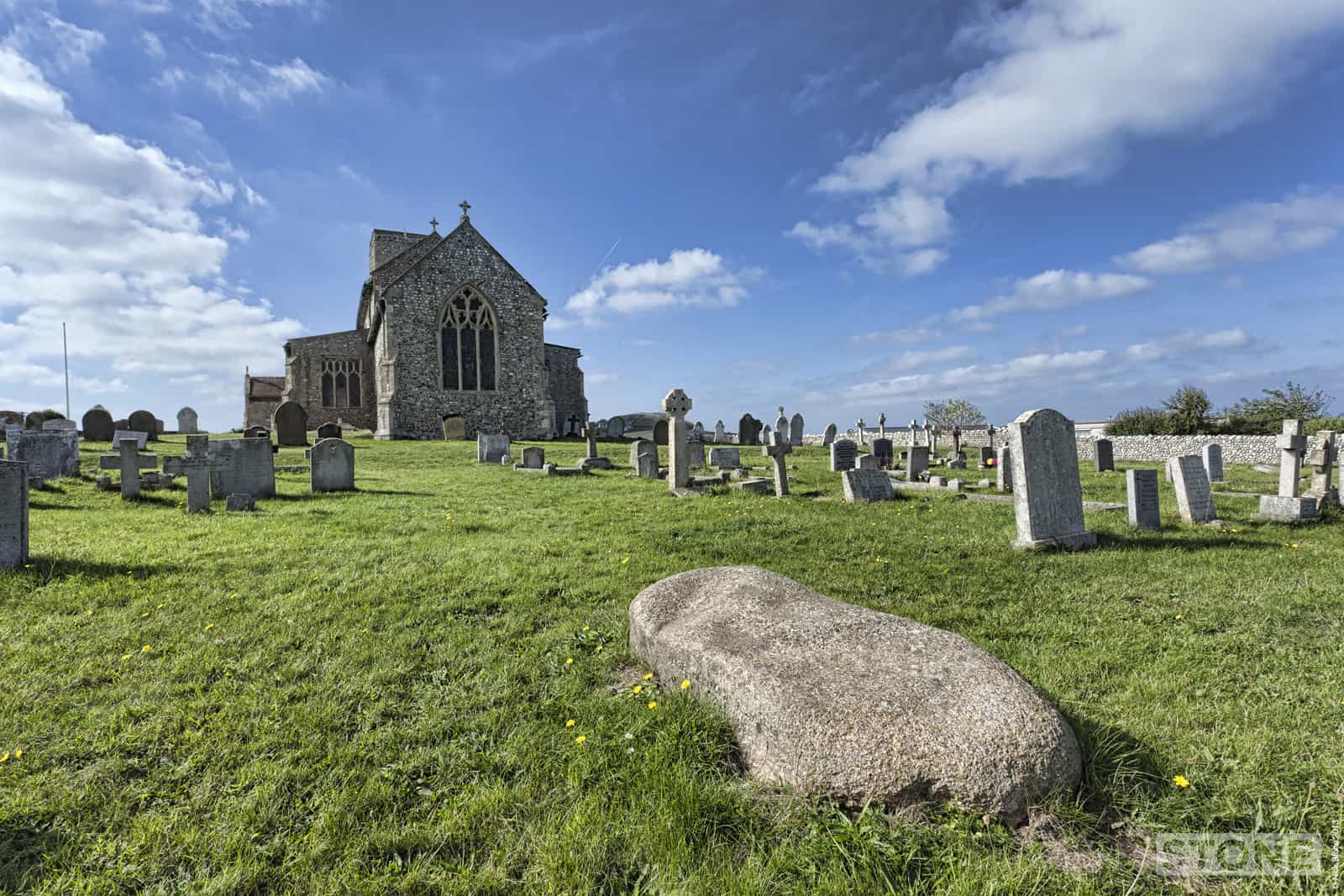 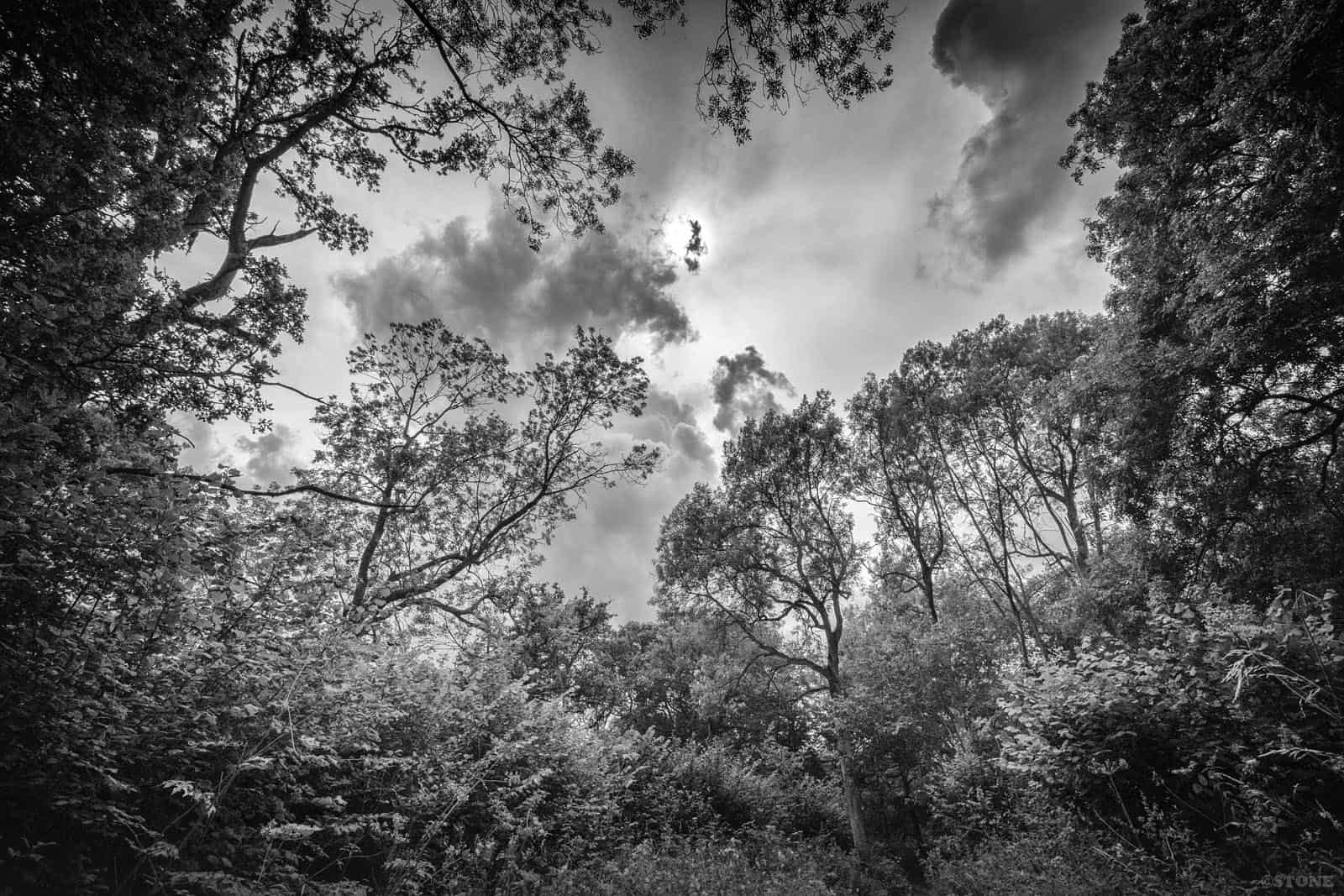 Lost in a Landscape: Wayland Wood